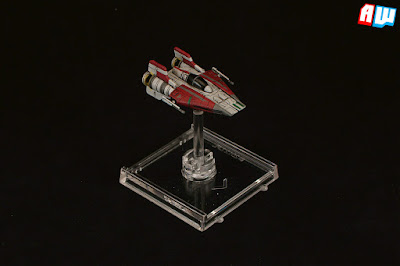 When the 2.0 A-wing, the RZ-1, was released they decided to change the paint job quite a bit. Well, here's an RZ-1 that's almost the inverse of that, the colors of the 1.0 A-wing but in the pattern of the 2.0 version.
I always found it odd that the green squadron A-wings are predominantly red. Maybe the person  in charge of giving fighter squadrons their names were bit colour blind? Or perhaps they wanted to be ironic? 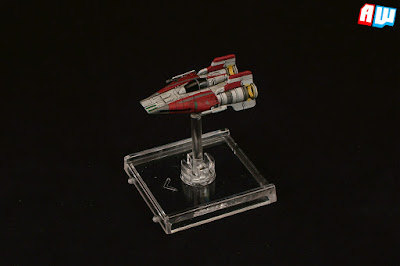 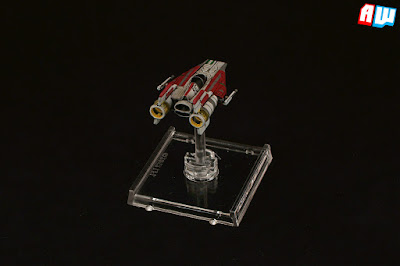