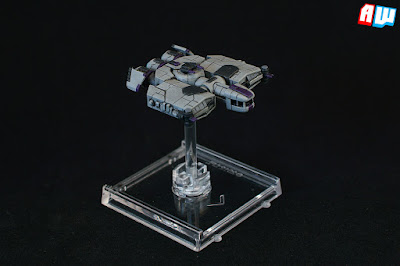 And here is a YU-410 light freighter. It's a bit small I hear someone saying in the background. That's correct! This particular ship has been built in 1/1100 scale.

Here's the thing though, it's is intended to represent the personal ship of group of players in a Star Wars role playing game and to be used with a one inch square grid system. Though it can probably be used as a proxy of some sort in normal 1/270 X-wing scale as well.

This is by far the smallest scratch build I have ever done. I've done several conversions on other ships and items of similar size, some of them rather substantial, but never a full scratch build. Also, I had to make a custom base for the ship due to the grid system it's supposed to be used with, which can be seen in the comparison picture with the X-wing. 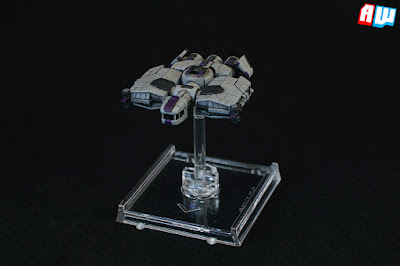 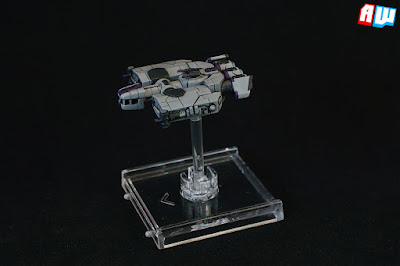 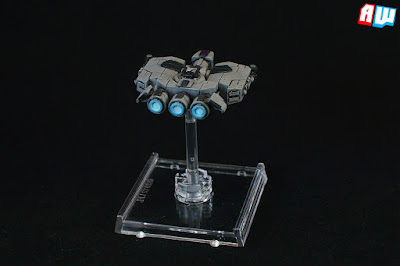 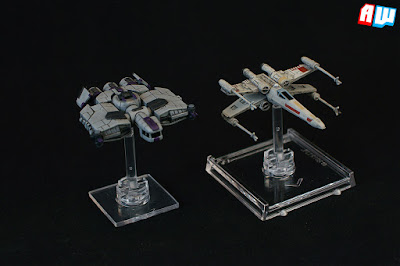