The life of a scratch builder can be an odd one. I sometimes get rather strange requests and I have made a few of them a reality. However building new parts for an old toy from the eighties is so far the strangest project I've undertaken!

Before I go any further I should start by clarifying exactly what I was commissioned to build. Last year I was asked if I could build two ARMD-class Space Carriers. These are ships found in the old anime Macross/Robotech. Now since I'm fairly well known as a huge fan of Macross/Robotech I suppose it was only natural that I got this request and I was indeed quite intrigued.

However, the commission had a few caveats. First, the ships had to resemble the version found in the movie Macross: Do You Remember Love. Secondly they had to be able to attach to the original SDF-1 model released back in 1985. Basically, the commissioner wanted me to build what amounts to a new set of 'arms' for a vintage toy! 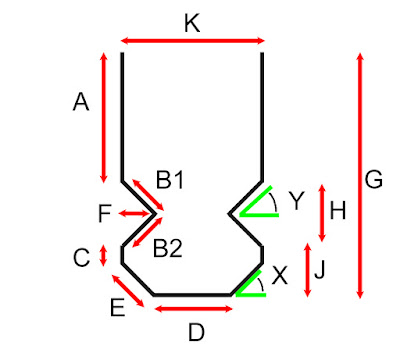 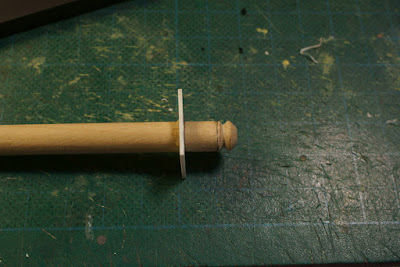 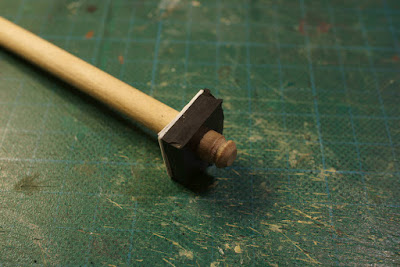 This was obviously not an easy task as I, much to my sorrow and eternal lamentation, never had the chance to get such a toy when I grew up. Having the toy in my hands would have immensely helped figuring out a solution. I think I would have gladly sold my soul to lay my grubby hands on an SDF-1 model when I was a kid.

Anyway, first order of business was replicating the elbow peg found on the toy. I sent a diagram of every conceivable dimension I wanted measured to the commissioner and a few days later he delivered the goods. Armed with a plethora of sizes I set about carving my replica from a piece of wooden rod I had scrounged up.

While I still believe the easiest solution would have been to magnetize both the peg and the new ships, as a collector myself I was not willing to do such a drastic alteration to the original model. A number of other alternatives were brainstormed and in the end a primitive yet effective solution was chosen.

I don't remember exactly where I got it from but I had a sheet of fairly thick rubber (about 6 mm) lying around (first rule of a scratch builder, never throw away something that one day might turn out to be useful). By cutting a small square from the larger sheet and drilling a hole in the square I could effectively create a sturdy grommet. When mounted on the peg it would hold the model in place rather securely. 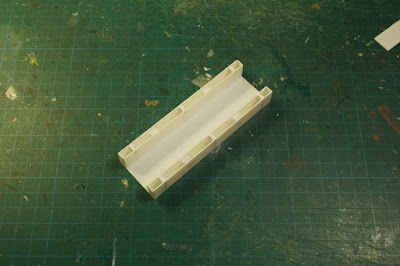 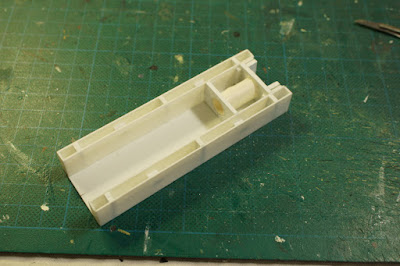 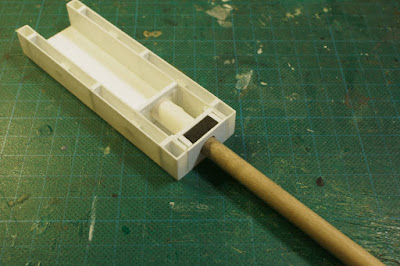 With that rather exhausting bit of research done, the project could finally be started and I began with the underside/rear. I probably over-engineered and strengthened the rear structure of the ship to an unnecessary degree, but I reasoned it would be better to make it extremely sturdy and reduce the risk of failure due to stress fractures. 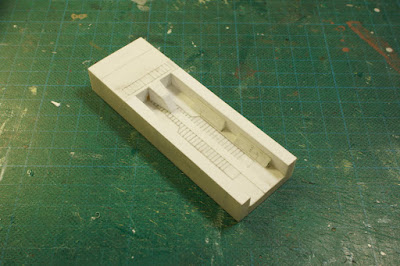 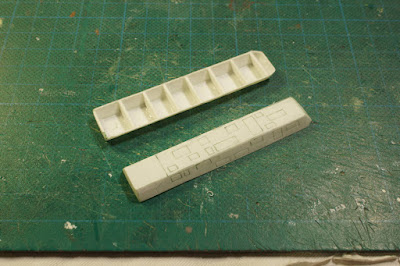 Everything else that followed was quite frankly not as important structurally as the first few steps. While I always try to make sure my scratch builds will stand up to some abuse, I made sure that everything on these models were made extra sturdy and durable. I also had to take into consideration the level of detail put into the model, or rather lack of.

Since these ships were to be additions to an old toy from the eighties, it would be unreasonable to add too many details as it just would stand out compared to the original model. You could think of it as a case of a low resoultion picture or video game being compared to a modern day high definition image or game.

Basically I could have made these ships a lot more detailed but took great care in not doing so in order to mimic the fairly low level of detail found on the toy. Heck I even went so far as to soften and deburr just about every edge just to achieve that smooth look found on most toys. 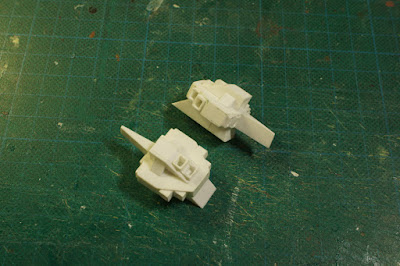 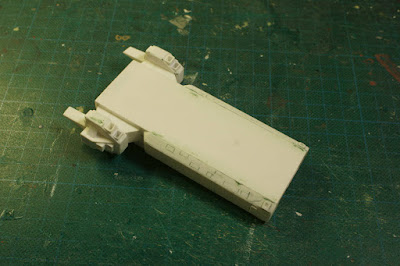 The side thruster arrays were somewhat of a pain to build. Not that they were particularly difficult, but rather time consuming to construct. Luckily, I still had some square and rectangle shaped plasticard tubing lying around from a previous project and they proved to be the correct size. Without that, all those square shaped thrusters would have been a real dog of a female persuasion to get right. 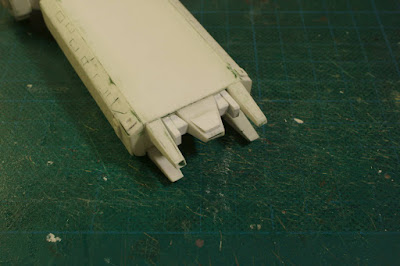 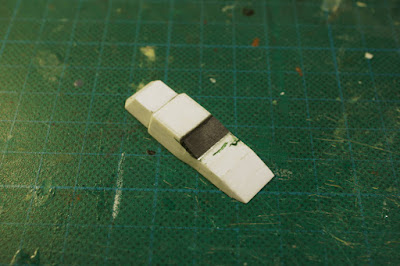 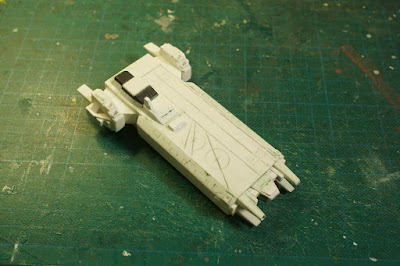 The DYRL version of the ARMD ships are a bit strange in that they have two bridges. Well, it is probably more accurate to say that they have a bridge in the front of the ship and an air control tower on top of the hull. However it's not like I can verify that as no source I can find mention their functionality.

Like the thrusters, the front bridge was also a bit of a PITA to build due to all the prongs and protruding details. However for the control tower I went with a different approach to how I usually build. I layered several pieces of plasticard on top of each other until I had the correct thickness and then cut away any excess to get the desired shape. 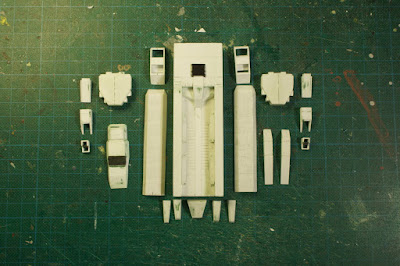 And there you have a brief overview on how I built two ARMD-class Space Carriers, Do You Remember Love-style. Since I built two ships, the first served pretty much as an experimental test bed, and when it was time for the second one I had already started on, or completed, a lot of the structures necessary to finish the build.

As you can see from the above picture, there are a lot of sub-assemblies and structures going into a build like this. Anyway, as always, enjoy!