Followers of this blog might remember that I bought some stuff from Zinge Industries a couple of months ago and that I quite liked them. Go check out those posts if you don't know what I'm talking about:
Now why would I be mentioning this? Well, I recently got a nice little surprise sent to me from Zinge. An entire new set of servo arms! The only complaint I had with the previous set, and it's hard to call it a true complaint, was that they were quite big. However, Zinge Industries seems to have heard my plea and sent me a smaller set for testing. 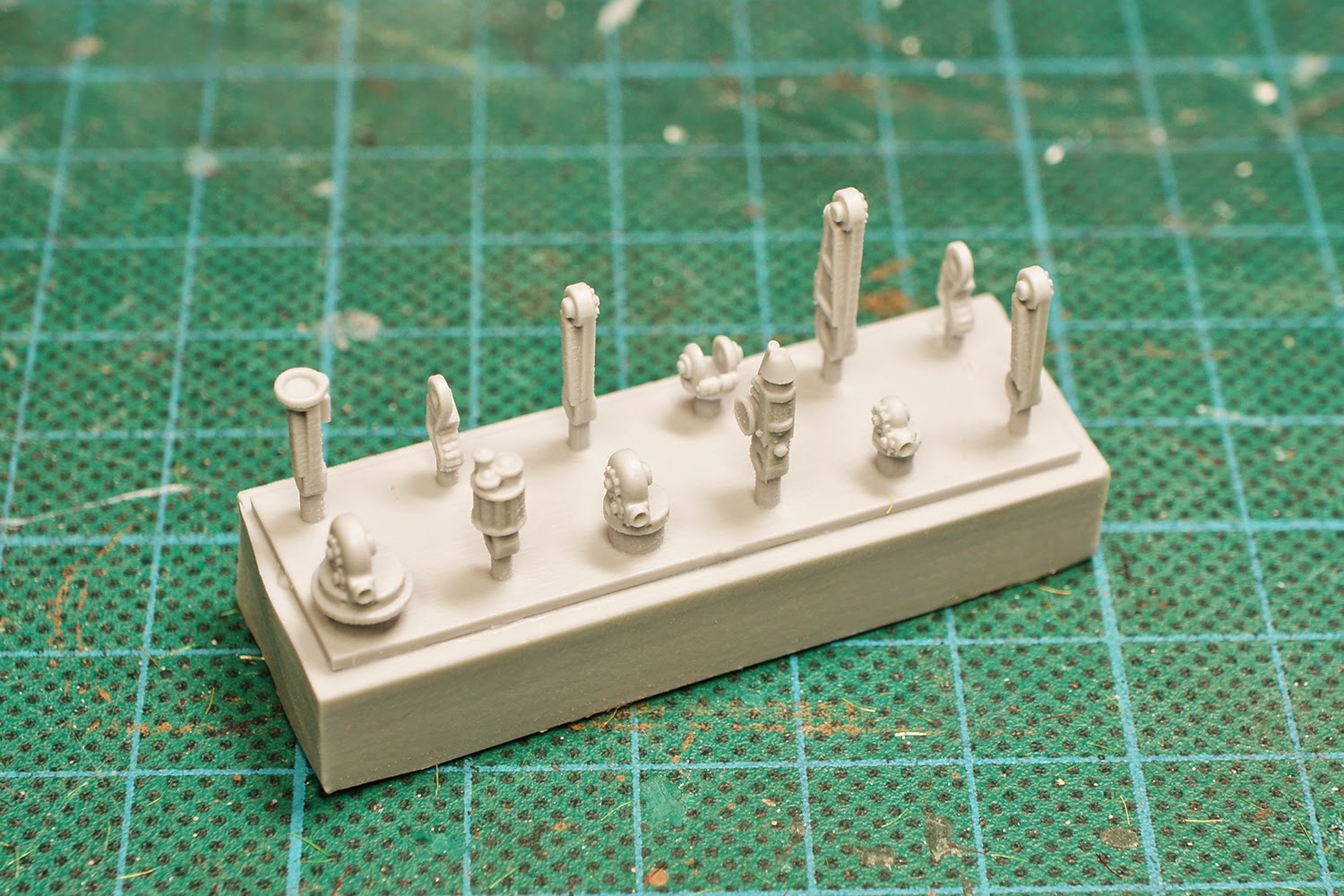 As with the previous servo arms, this is very well made with nice and sharp details. The resin is free from both bubbles and mould lines. I dare say that Zinge Industries' resin is perhaps the best I've worked with! Some of the parts are somewhat rough on the surface but since this a first run pre-release, it should be cleaned up before the finished product is put into full production. 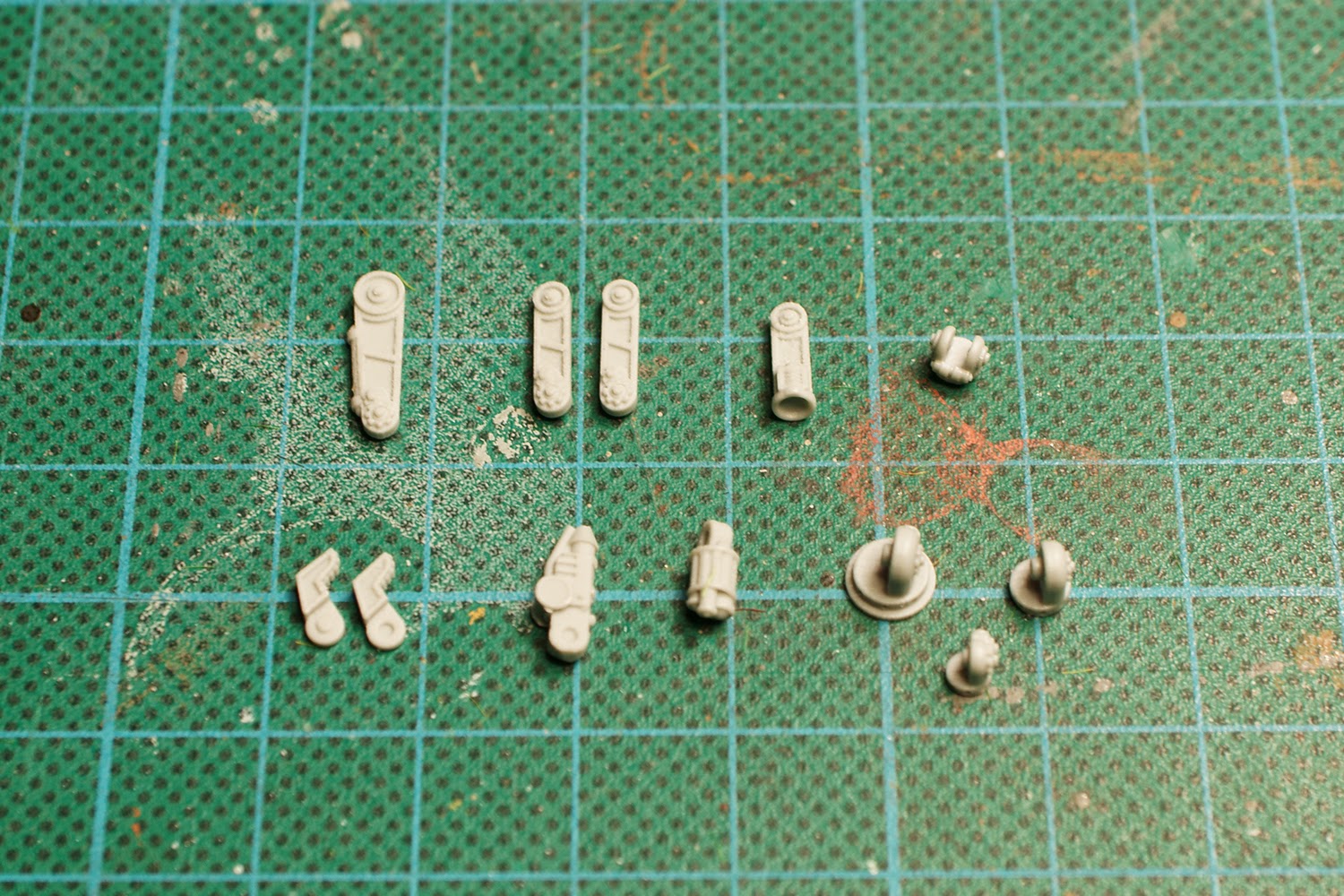 The parts included are: 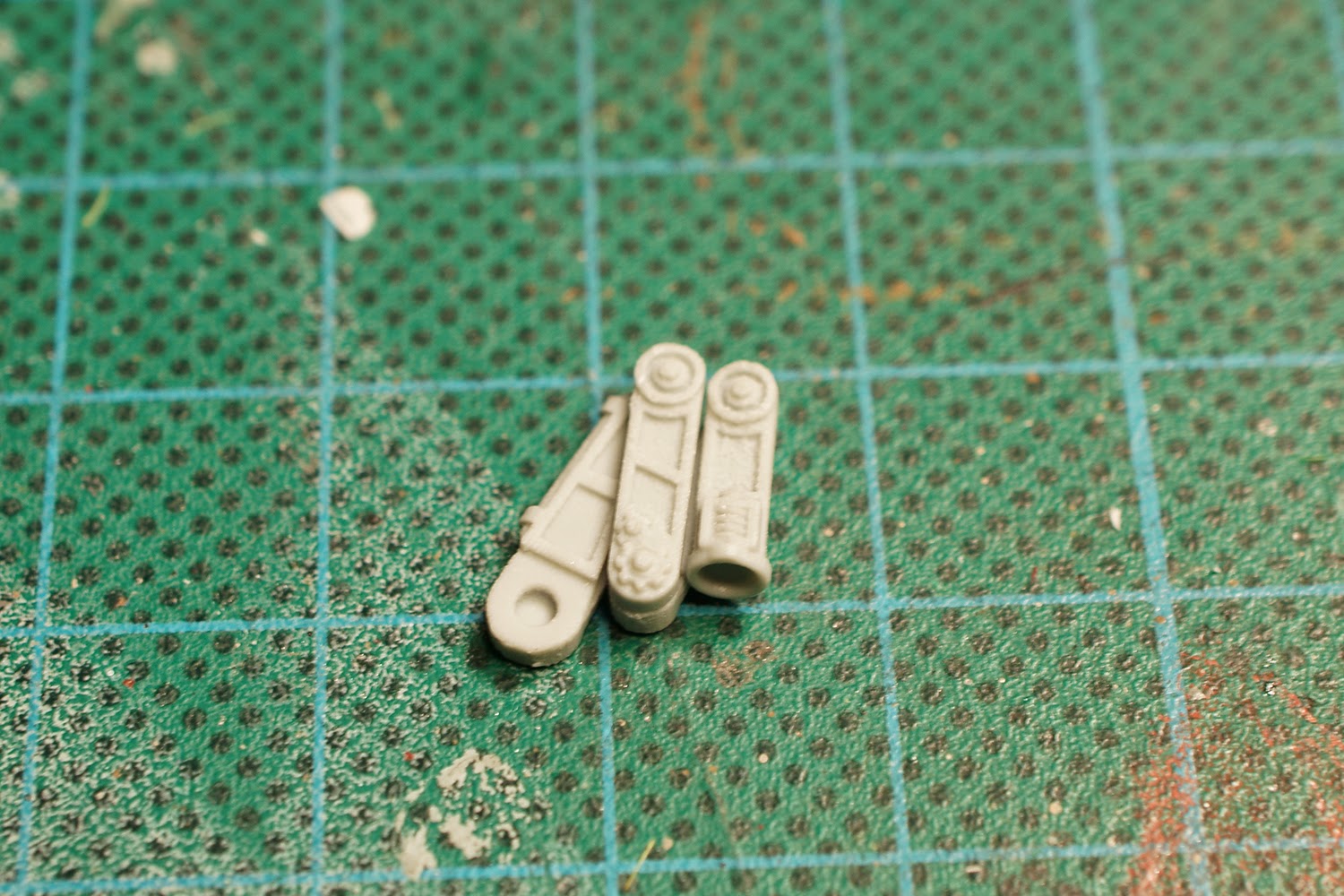 Just like its bigger cousins, the design of the arms is almost ingenious, just look at how I have folded them together. That's without any modification on my part. The potential in posing the arm and converting them to be used with other models is staggering. 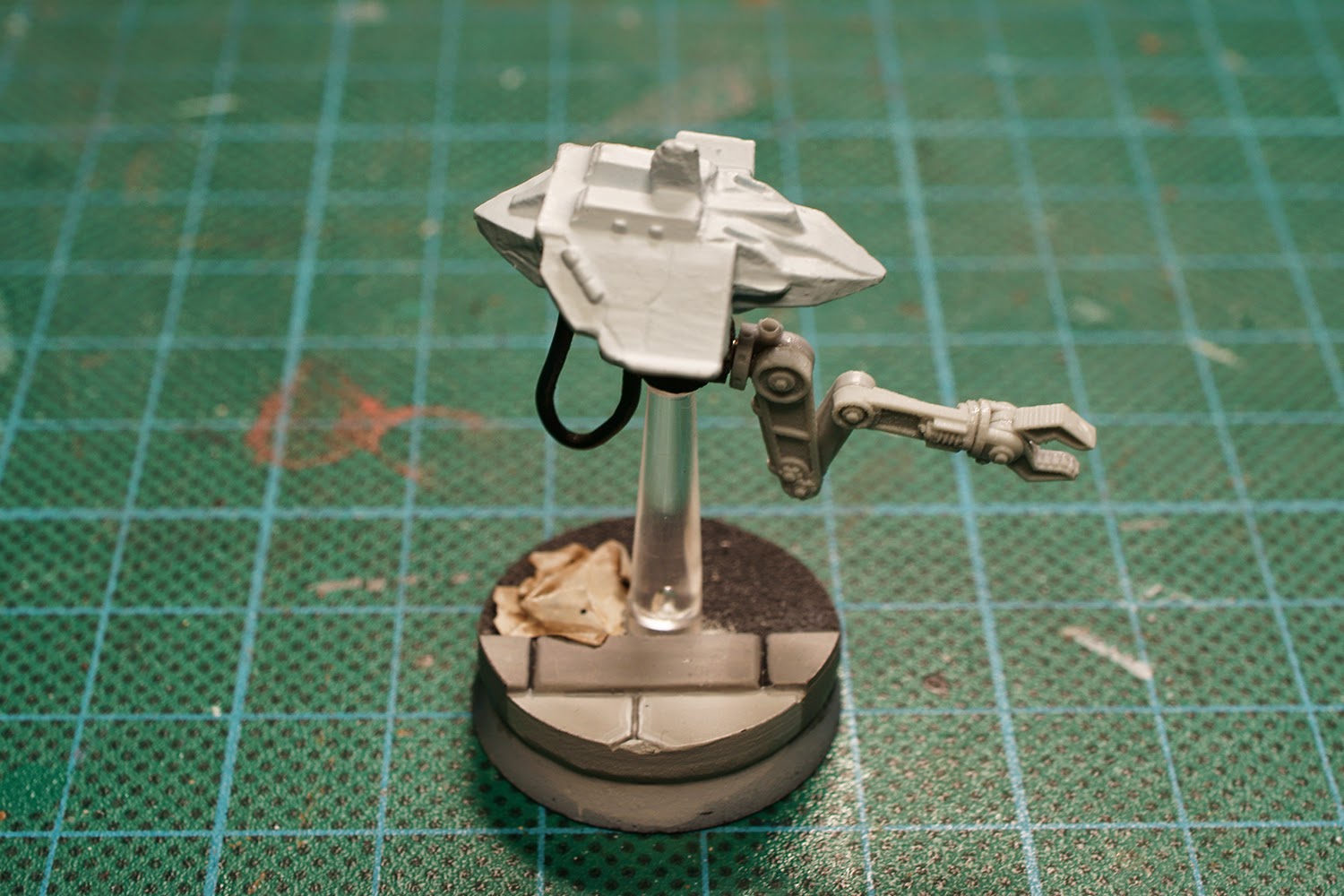 Personally I just wanted a basic servo arm so I quickly botched together some things and ended up with my very own flying servitor. The arm is magnetized for easy removal. 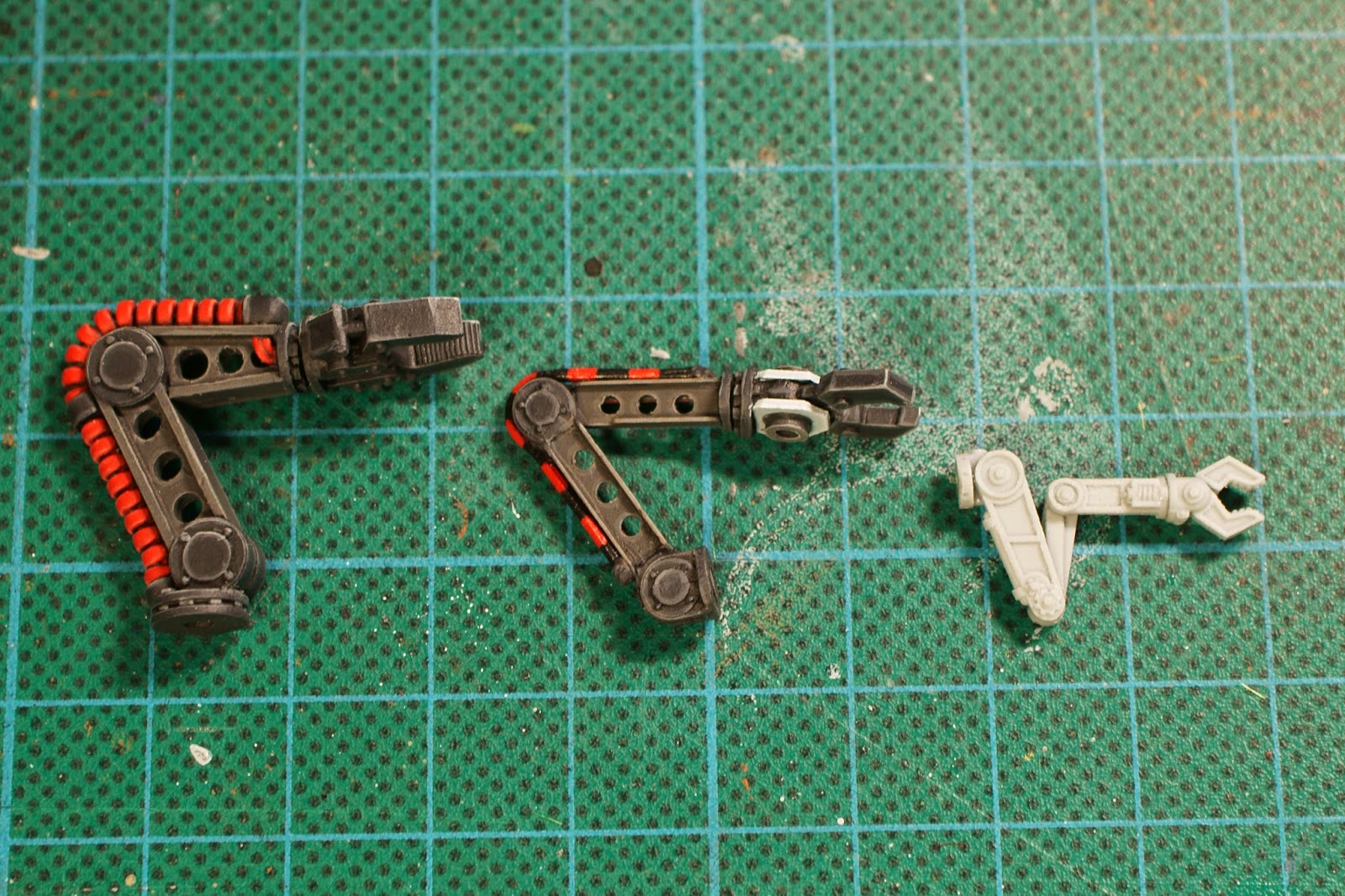 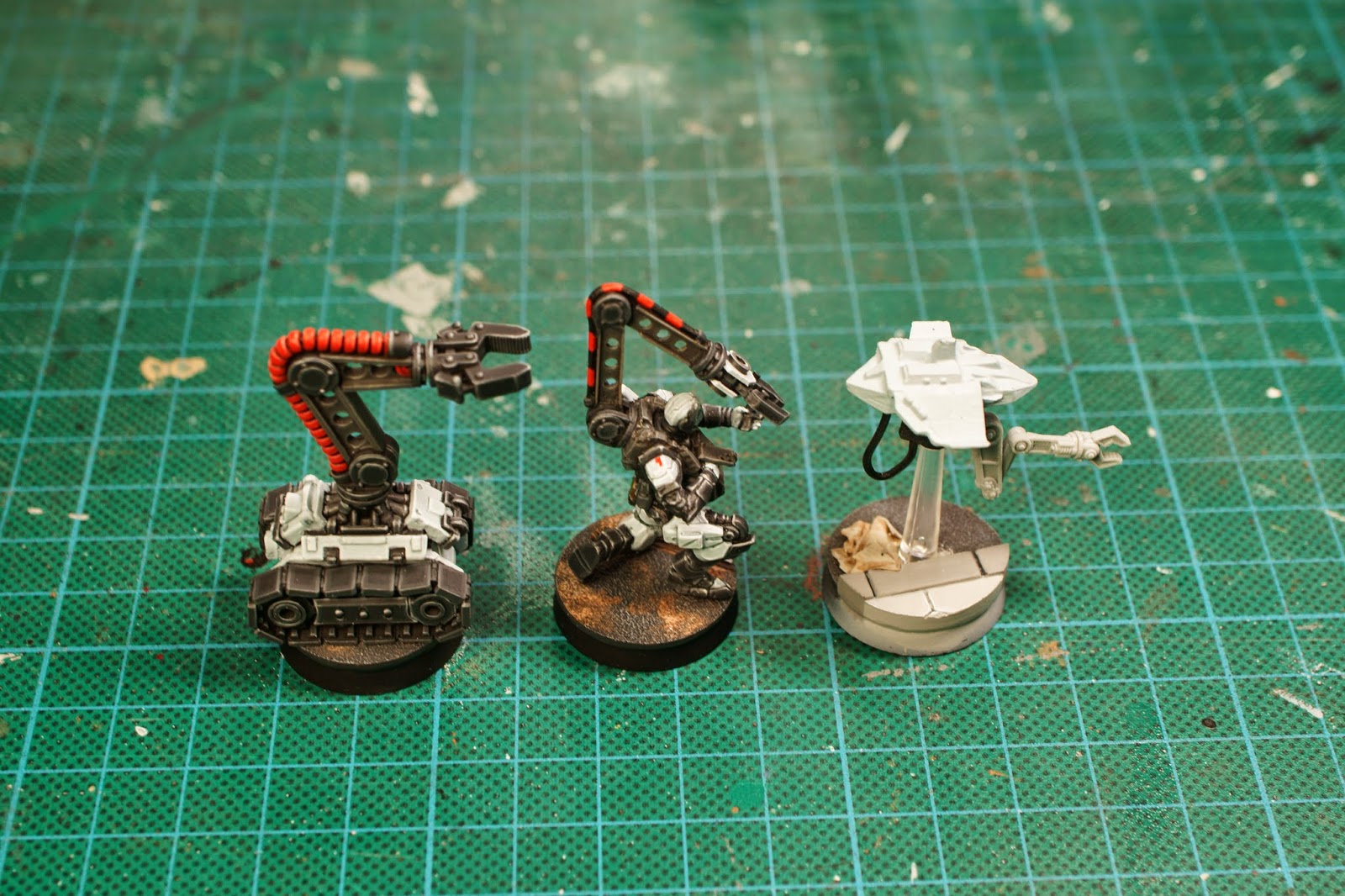 Compared to its previous incarnation, the new servo arm is quite frankly tiny. Heck, even my own slimmed down version is almost huge when placed beside the new one. All in all, I am very pleased with the smaller servo arm set. It is well made, well designed, has several build and posing options, and can be used for a multitude of projects.