A couple of weeks ago me and my gaming buddies decided to get some laser cut acrylic templates for our X-wing games. Seeing as we live in Sweden, we didn't want to deal with the fairly expensive US customs and postage costs, so instead we looked for something closer to home. And after some searching on the web we found a British company called Cog 'O' Two that produce and sell gaming aids for X-wing. 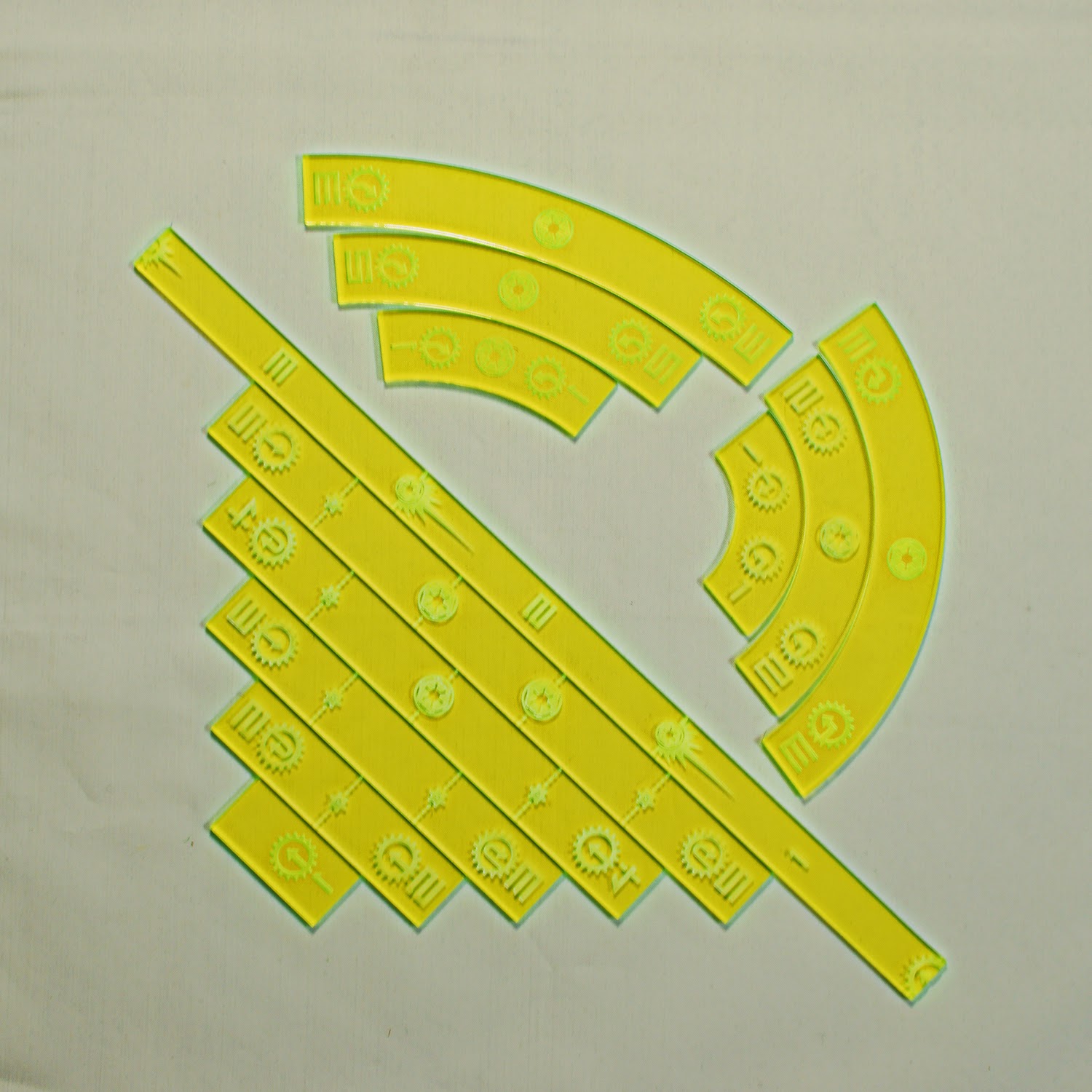 I chose the Imperial Green set with it's lovely neon green colour (reminds me of laser cannon fire from TIE fighters) but there are three more colours to choose from, as you can see in the second picture. I must say that I really like the design of these sets and the price was not too bad either at 12 £ for a set. They arrived well protected by bubble wrap and the templates themselves had a plastic covering on the back and a paper cover on the front. You can actually see part of the paper cover inside the cog-symbol on both the orange and red template because two of my friends thought it would be a good idea to leave them on.

As for precision, I sat down and compared my green set to the default set I got from the starterbox using a calliper. There are indeed variances between the sets but the biggest difference I could find was only 0,5mm. In my book that is perfectly within acceptable limits. All in all a good substitute for the starter set. The only complaint I have is the range ruler as the divider between ranges is perhaps not as clear as it should be. On the other hand Cog 'O' Two has a handy solution to that as well. 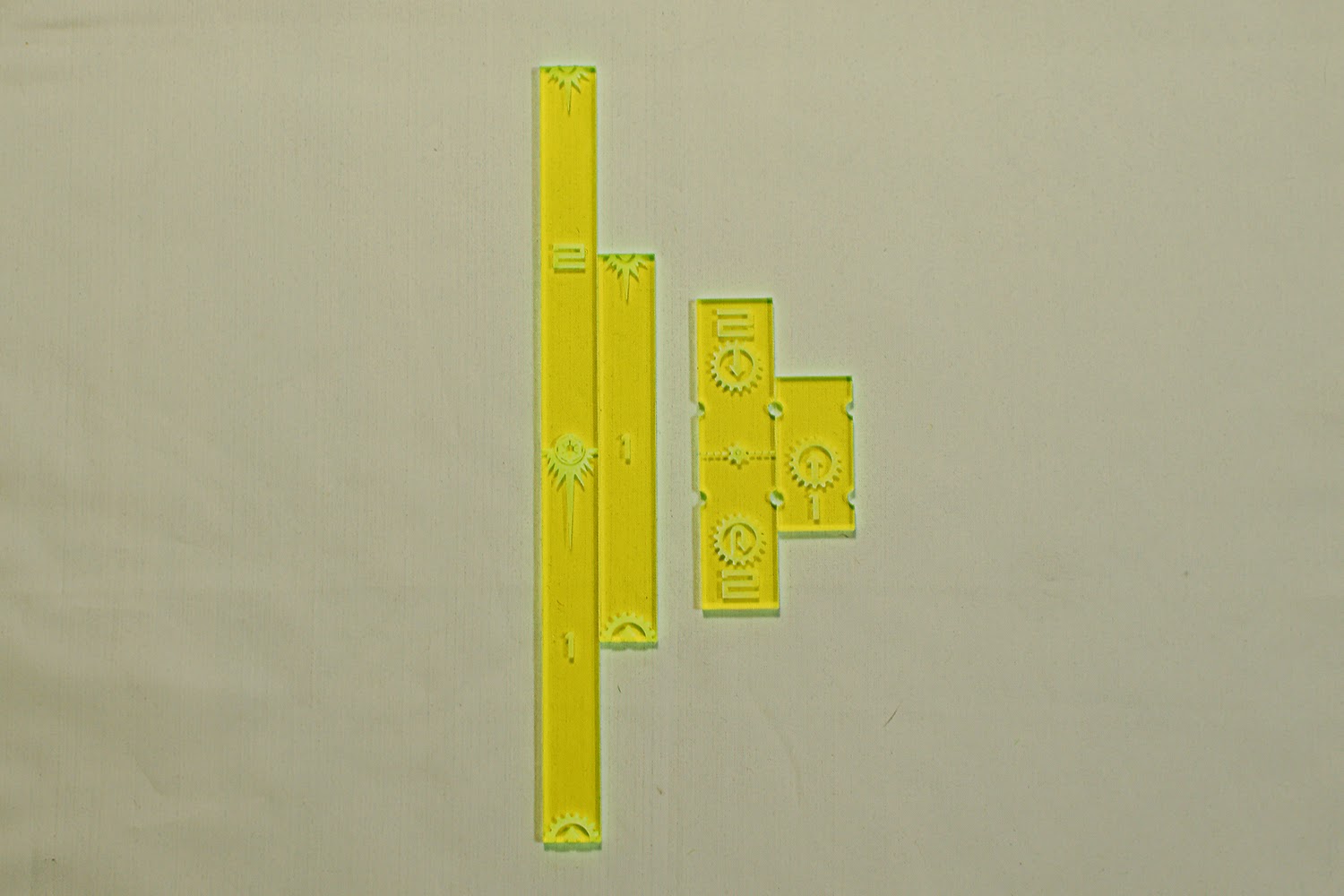 The Short Range ruler cost 6 £ and contains only four pieces compared to the twelve in the other set. On the other hand they are so damned versatile that I have a hard time imagining playing without them. The first two pieces are just what the name suggest, shorter versions of normal range ruler. The longer piece cover range 1-2 and the other one only cover range 1. Ever had trouble getting the normal ruler between ships? Tired of knocking over your precious fighters? Having problems seeing if that important shot is range two or three? These two pieces solve all that and more! I cannot stress enough how convenient it is to have shorter rulers.

The other two pieces are perhaps not as useful but they are still quite good. They represent forward move 1 and 2 but with notches cut into the sides. Why would you need that, you might ask? Well those notches correspond to the guides on small and big ship bases, making them excellent for marking the position of a ship.

All in all, both me and my friends are very happy with our purchase. Indeed, we are so happy, that in the future we might very well replace the normal paper tokens with products from Cog 'O' Two.