And here is the final paint guide that I promised and it is an X-wing painted as Wedge Antilles red two during the attack on the first Death Star. To be honest it's not much of a paint guide as I have already detailed how to paint an X-wing earlier. No, what I will be doing this time is really referring you back to Luke's X-wing and pointing out any differences. Yes, I can be quite lazy sometimes. 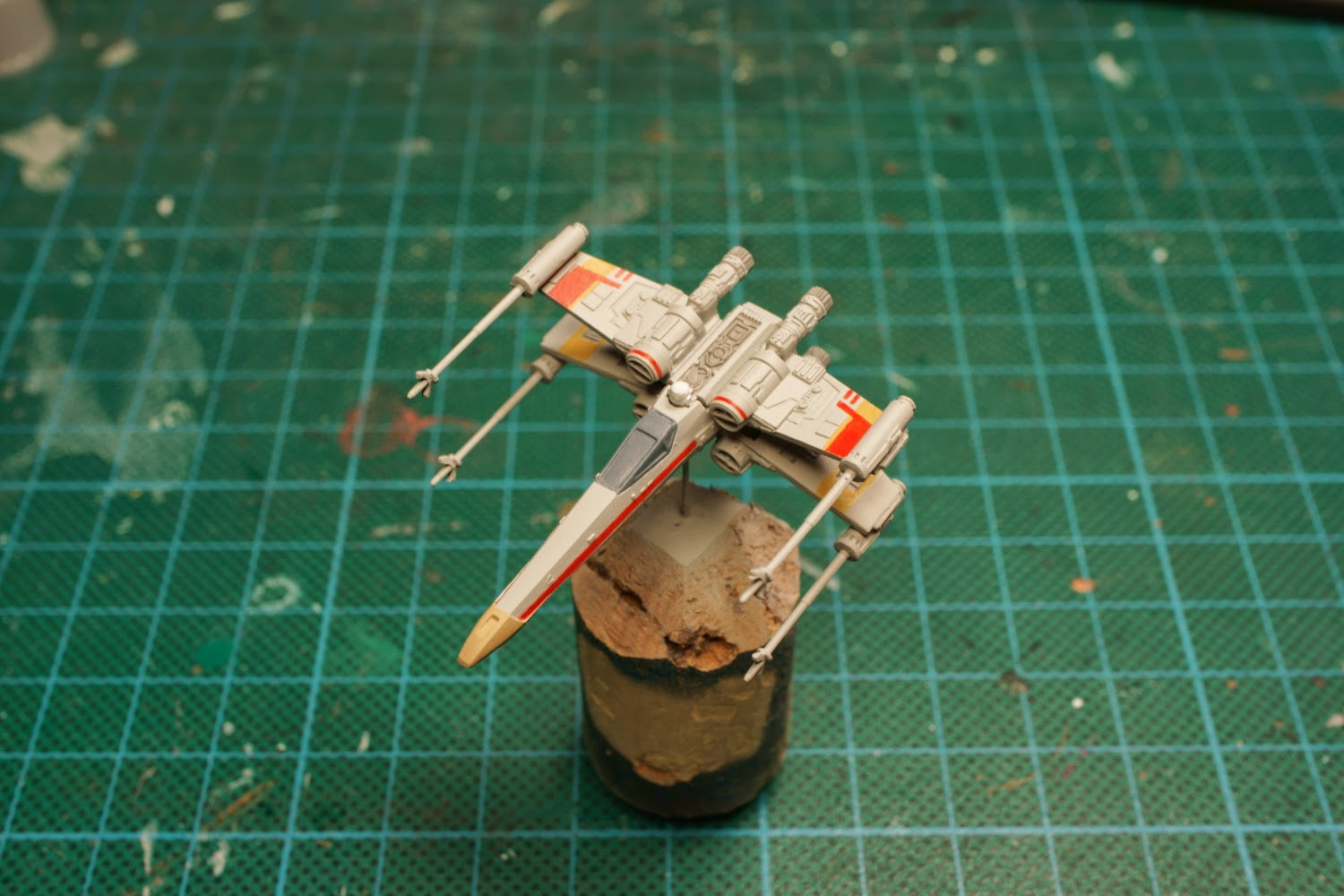 Wedge's X-wing has a few more colours than Luke's. First and perhaps most visible is the nose-cone which I painted with pure Vallejo Khaki. There are also bands of a pale yellow on both sides of each wing that I painted with a 1:1 mix of Vallejo Plague Brown and Khaki. This was done before the red markings. 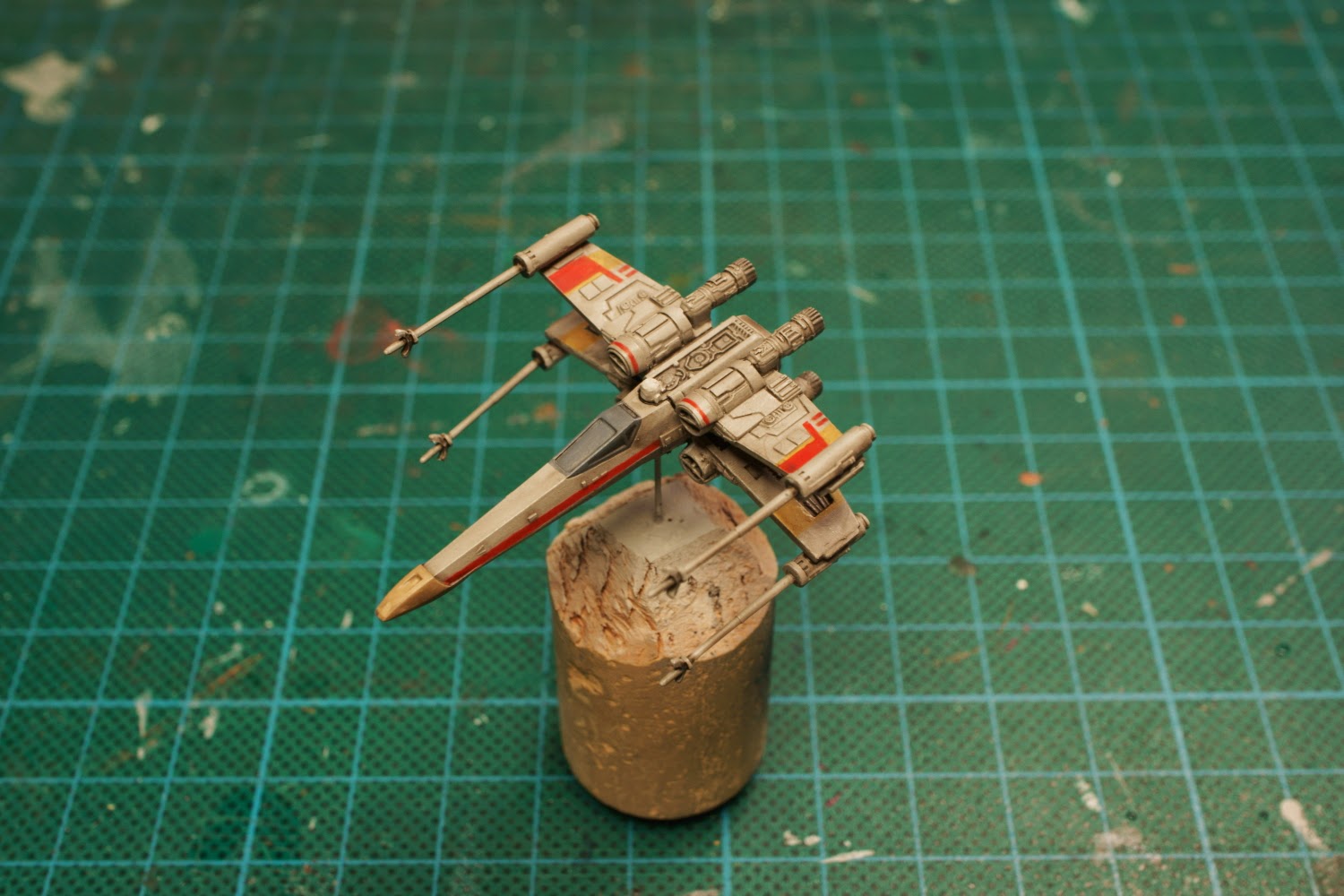 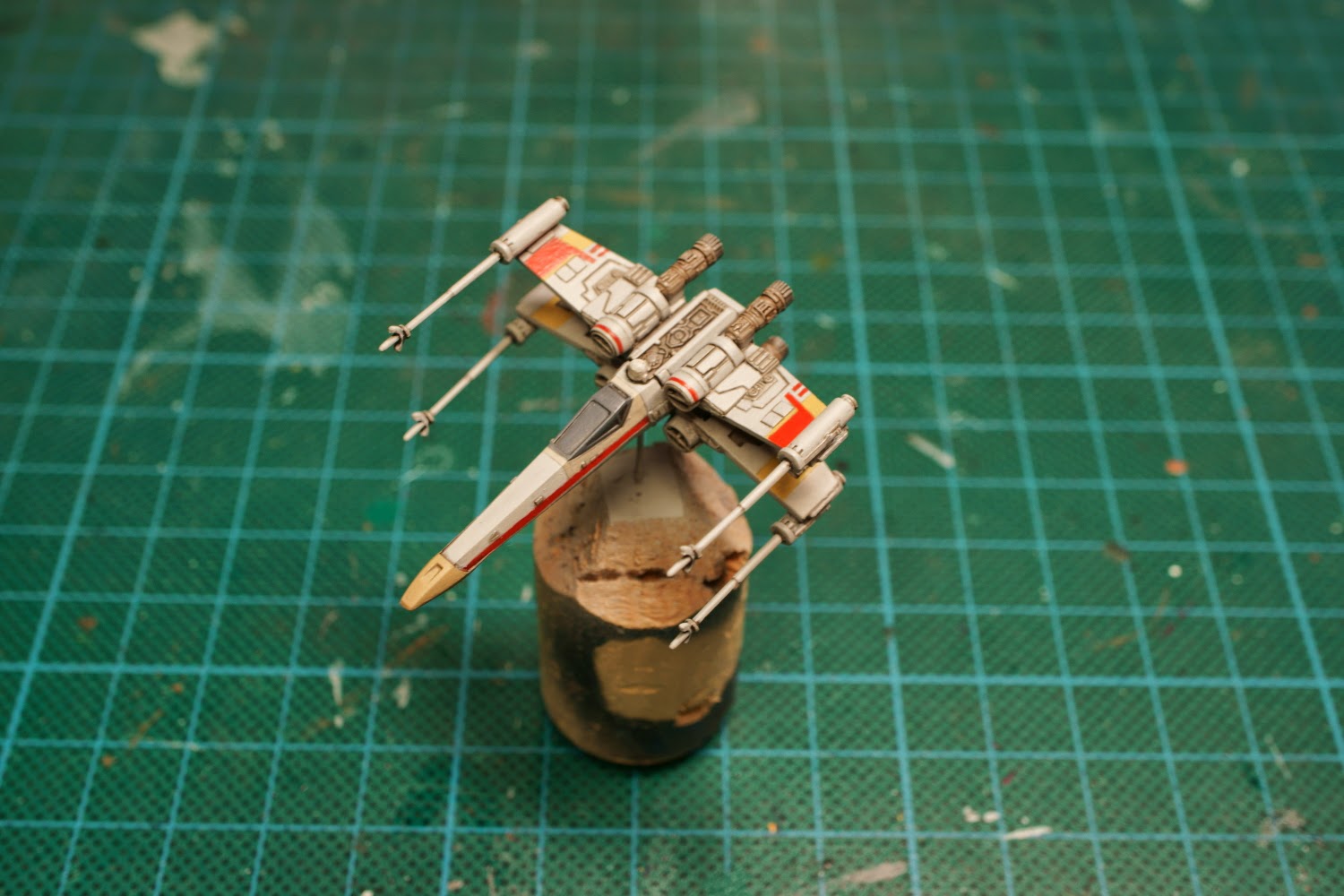 When I was cleaning up the model after the wash I noticed something I had missed. The area around the cockpit is supposed to have a different colour, probably so it should look like it has been replaced. To represent this I painted that area with a 1:1 mix of Vallejo Stonewall Grey and Khaki and I took great care in leaving a thin line between the cockpit area and the rest of the fuselage. 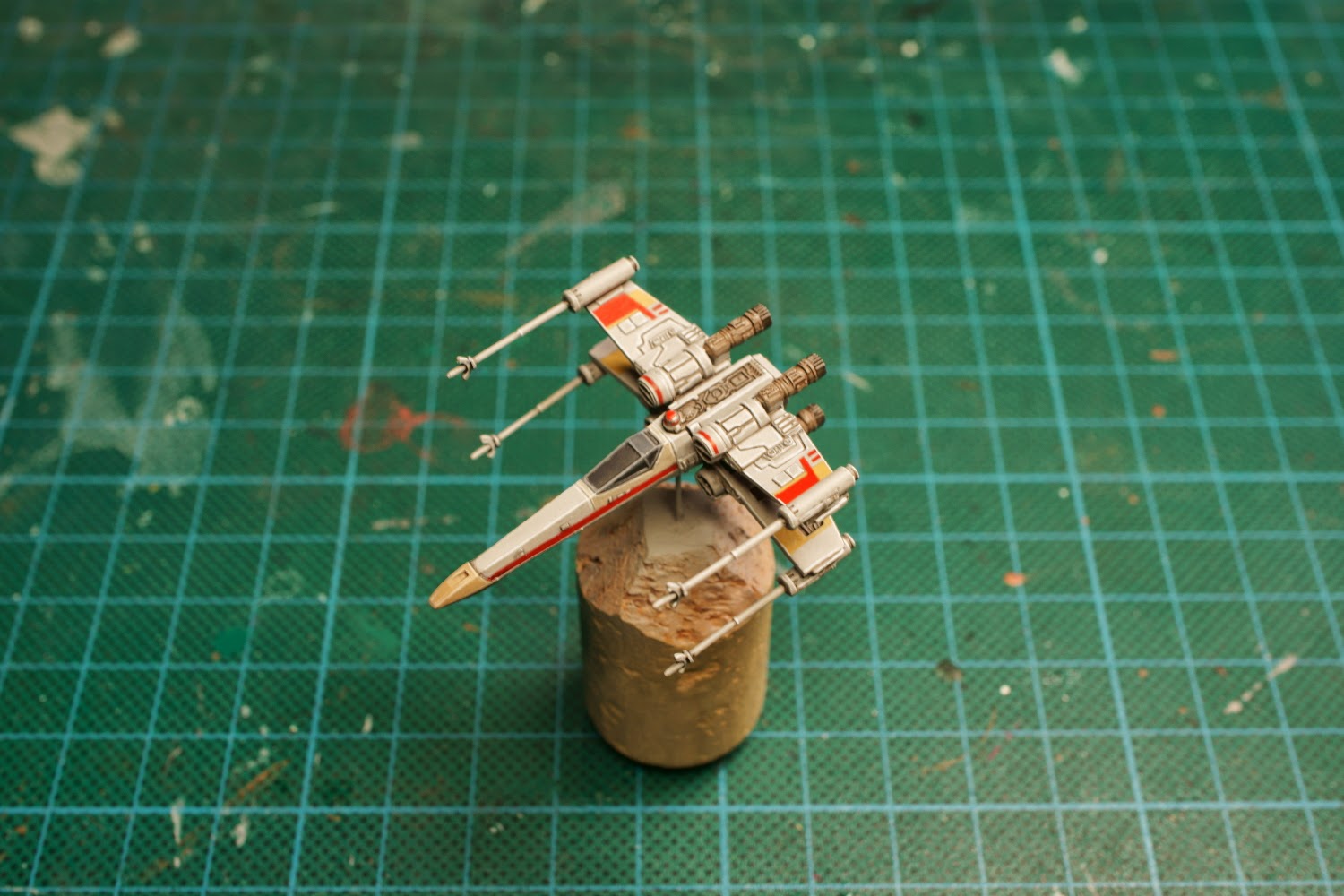 Highlighting the nose-cone was done by using the same mix of colours that I had used around the cockpit. The cockpit area on the other hand was highlighted with pure Stonewall Grey. 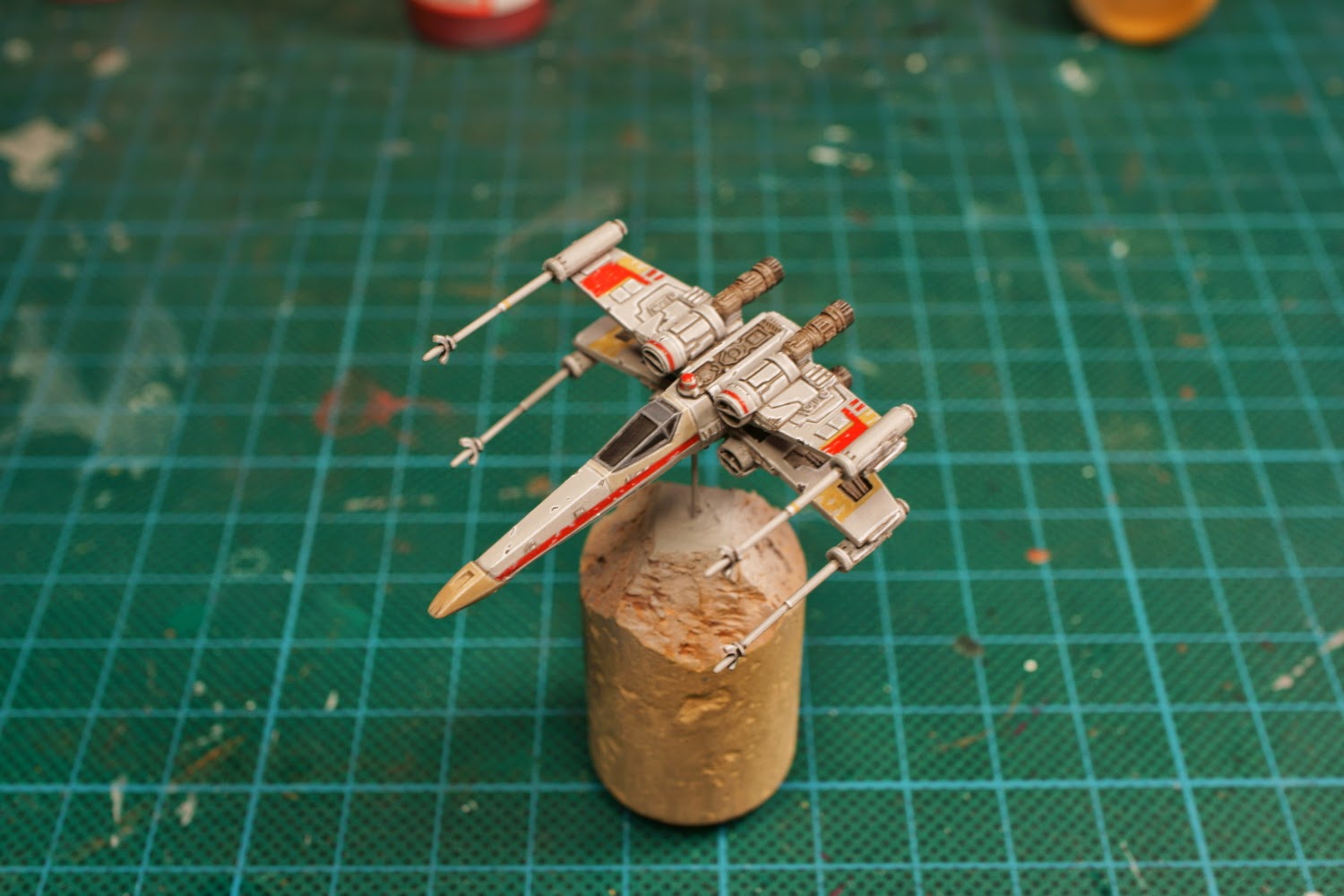 I used a 1:1:2 mix of Vallejo Plague Brown, Khaki and Stonewall Grey for chipping the pale yellow areas, followed by covering most of the area with pure Stonewall Grey. Most of this was done to the front of each yellow area as the front of the wing will see the most wear and tear. Chipping on the nose-cone was simply done by painting the highlight first, and Vallejo German Grey second. 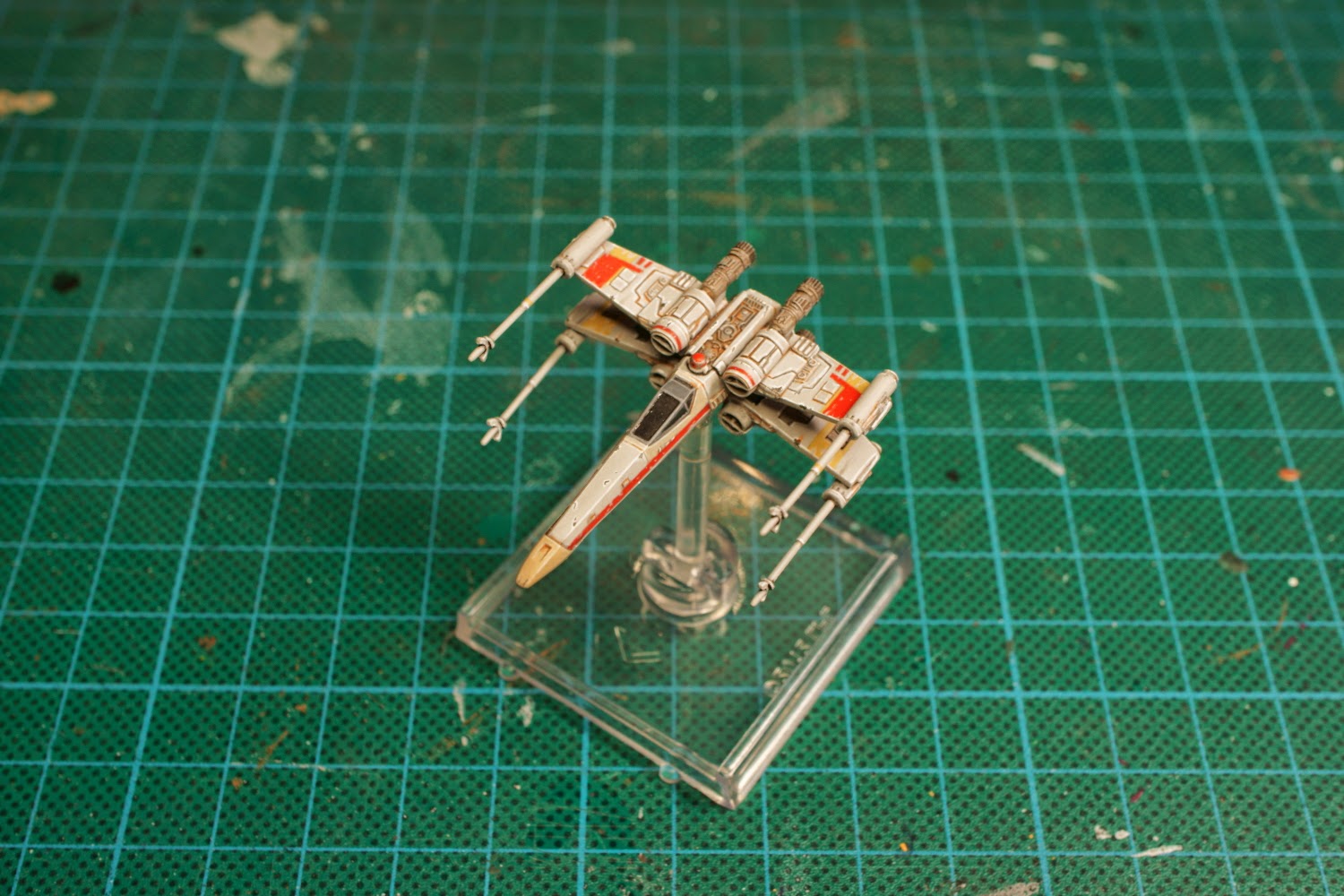 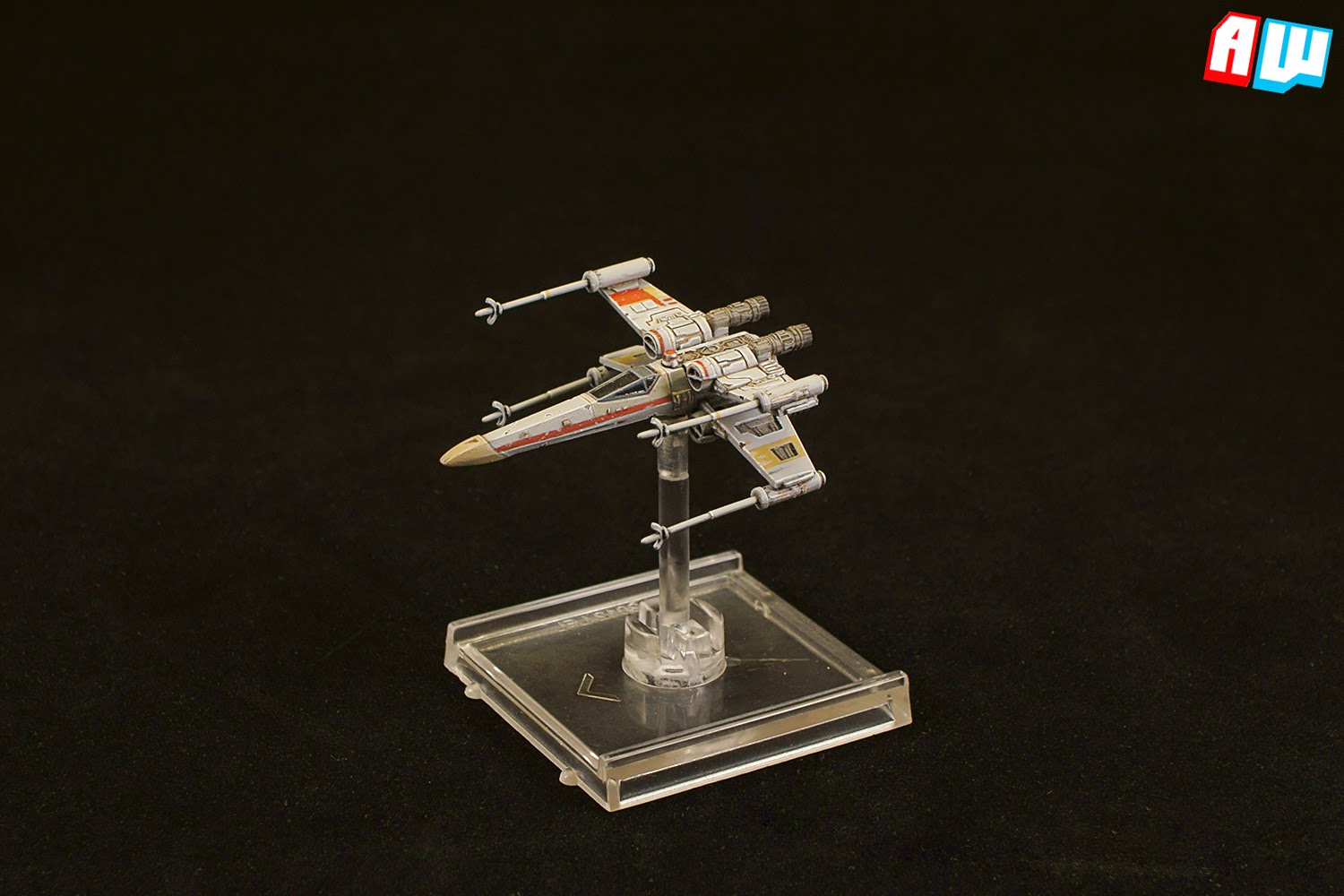 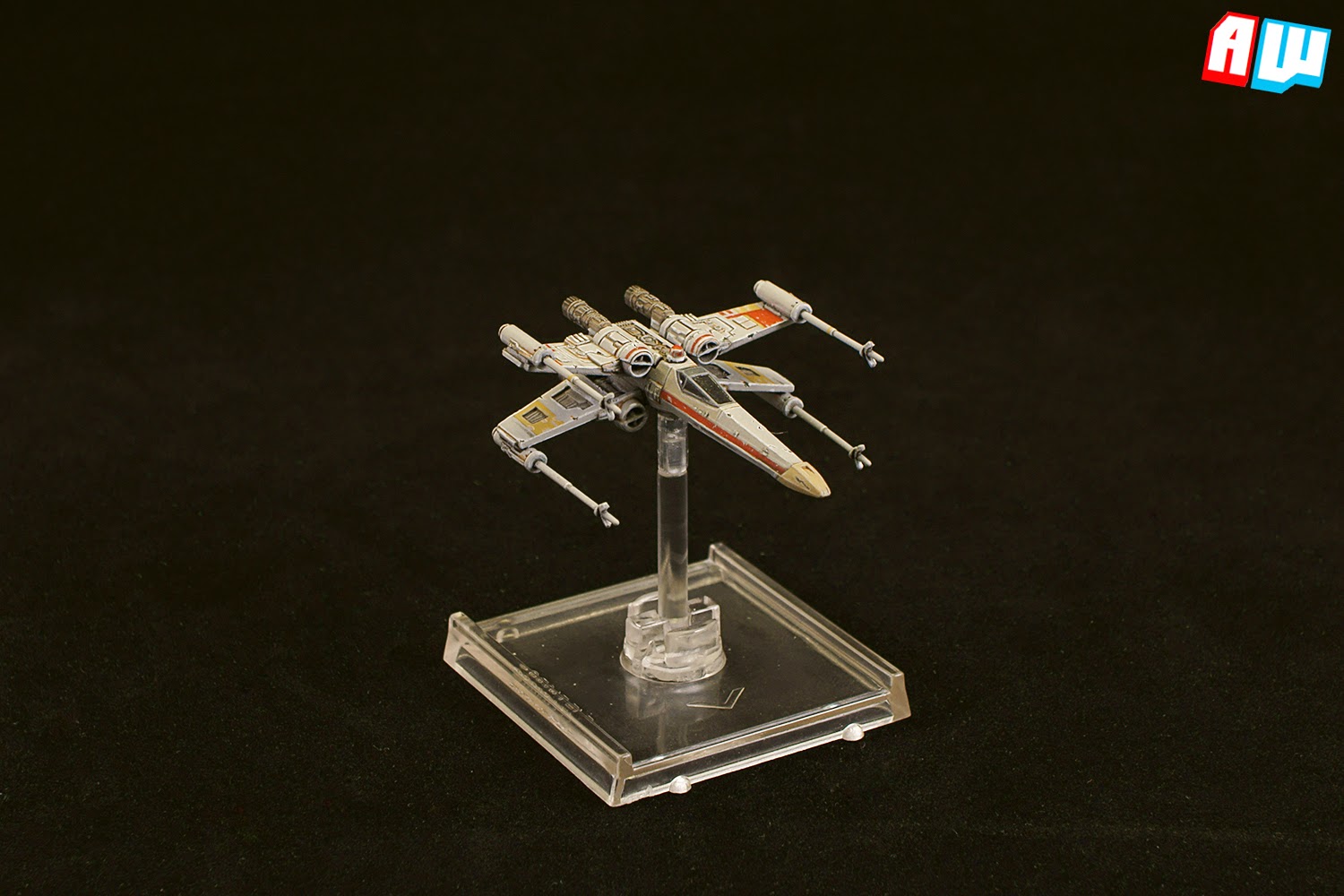 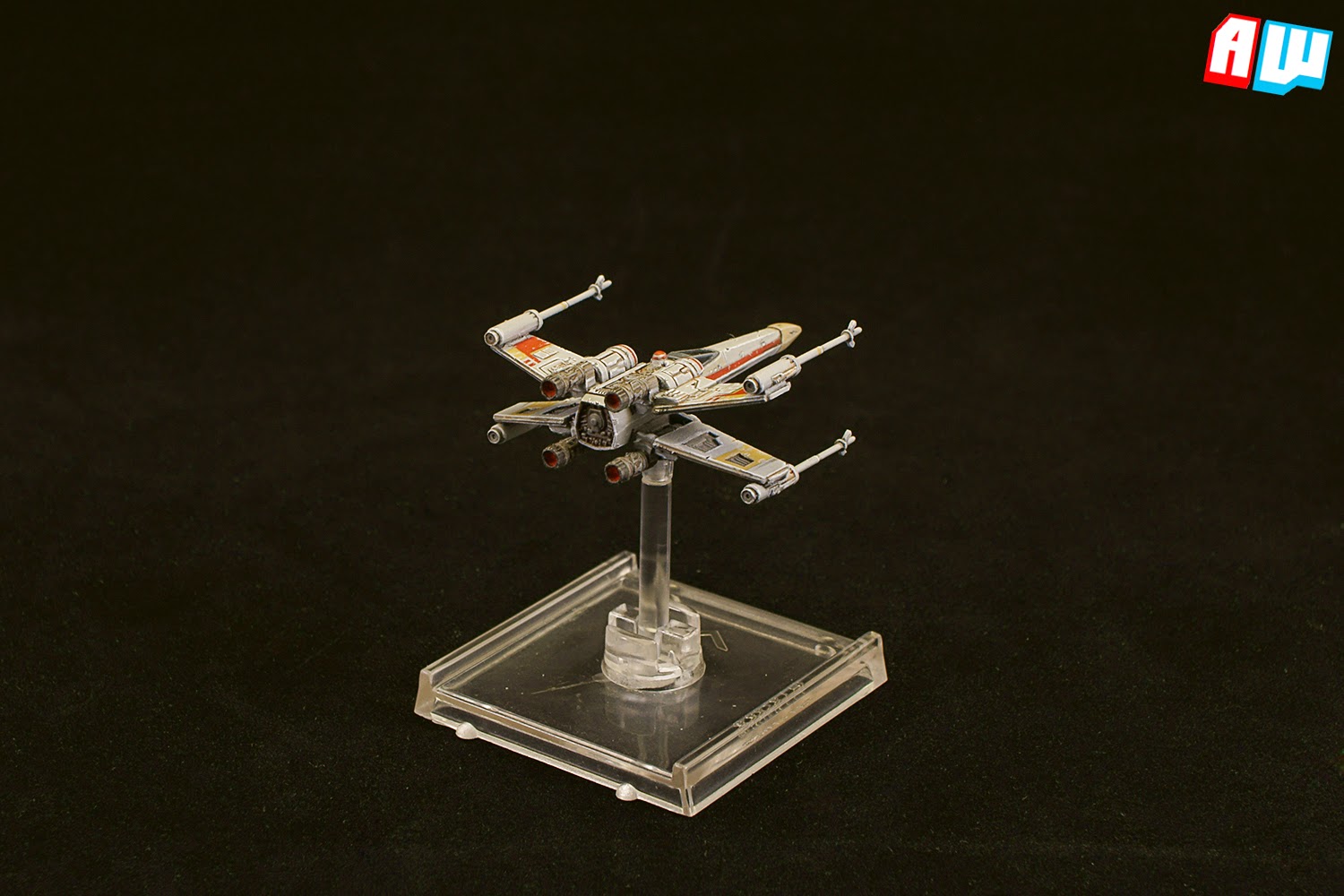 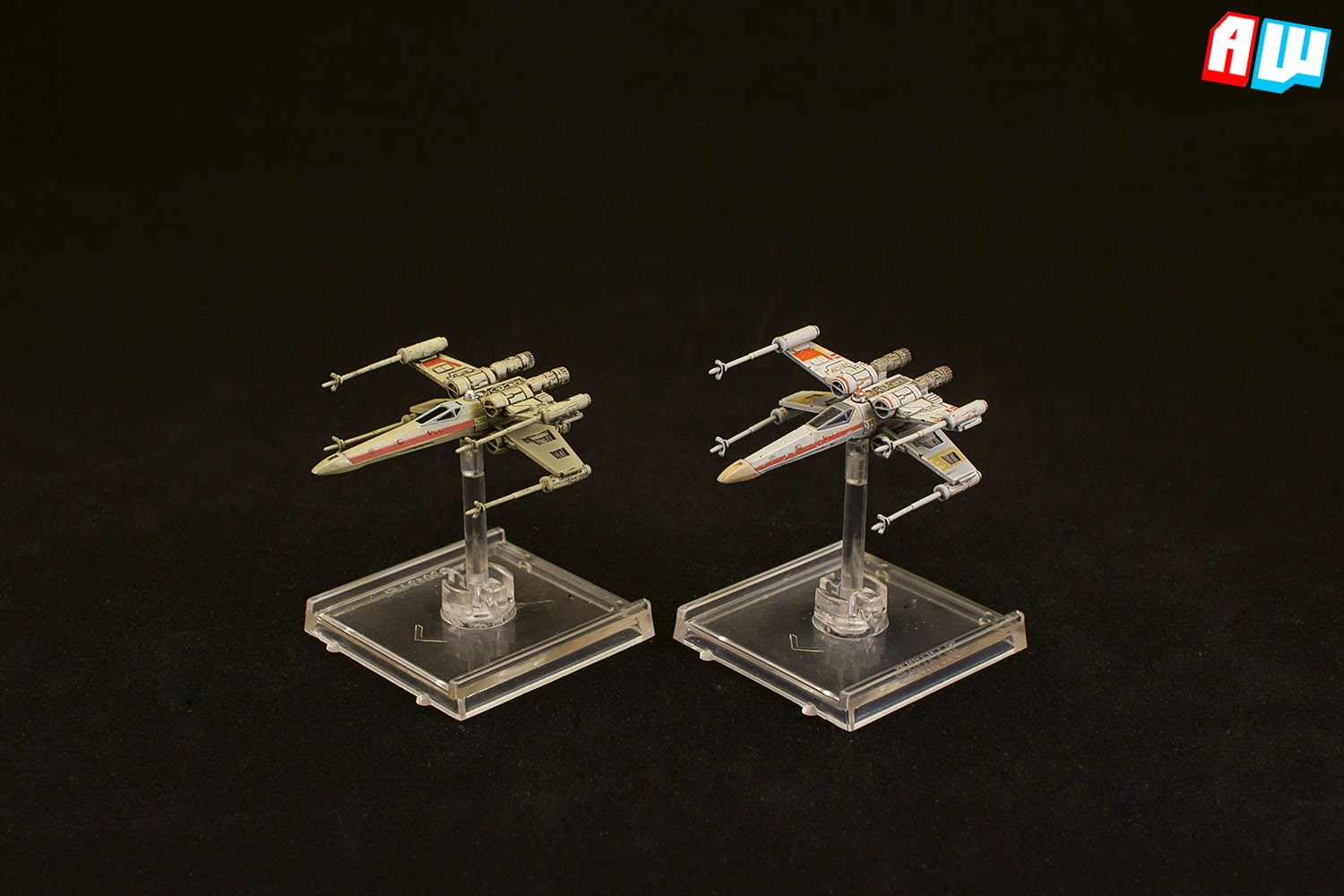 Wedge's X-wing was finished after both Luke's red five and the B-wing and it shows. The chips are smaller and better placed and the whole model just looks a little better. The next project is a Phantom I won at the Assault at Imdaar Alpha event.
Upplagd av Macross_VF1 kl. 23:32:00