Another day, another repaint it seems. This is a follow up to my previous set of repaints, the Yakuza Z-95 Headhunters. The Z-95s was completed so quickly that I had more than enough time to paint another ship and this time the commissioner wanted a Y-wing which I henceforth name the 'Yak-Wing'.

Due to the lack of available free space on Y-wings, I couldn't put any big complicated designs on it. Instead the commissioner came up with the idea of using the Rising sun flag as a motif which I painted on the nose. I also took the opportunity to paint the astromech as the salvaged mech 'Genius'. Painting eyes on Warhammer models is a bloody walk in the park compared to painting astromechs. I also tried OSL, object source lightning, to try and make it look like the engine glow reflects off nearby surfaces. Considering it's my first serious attempt at it I suppose it came out decent enough. In any case, enjoy! 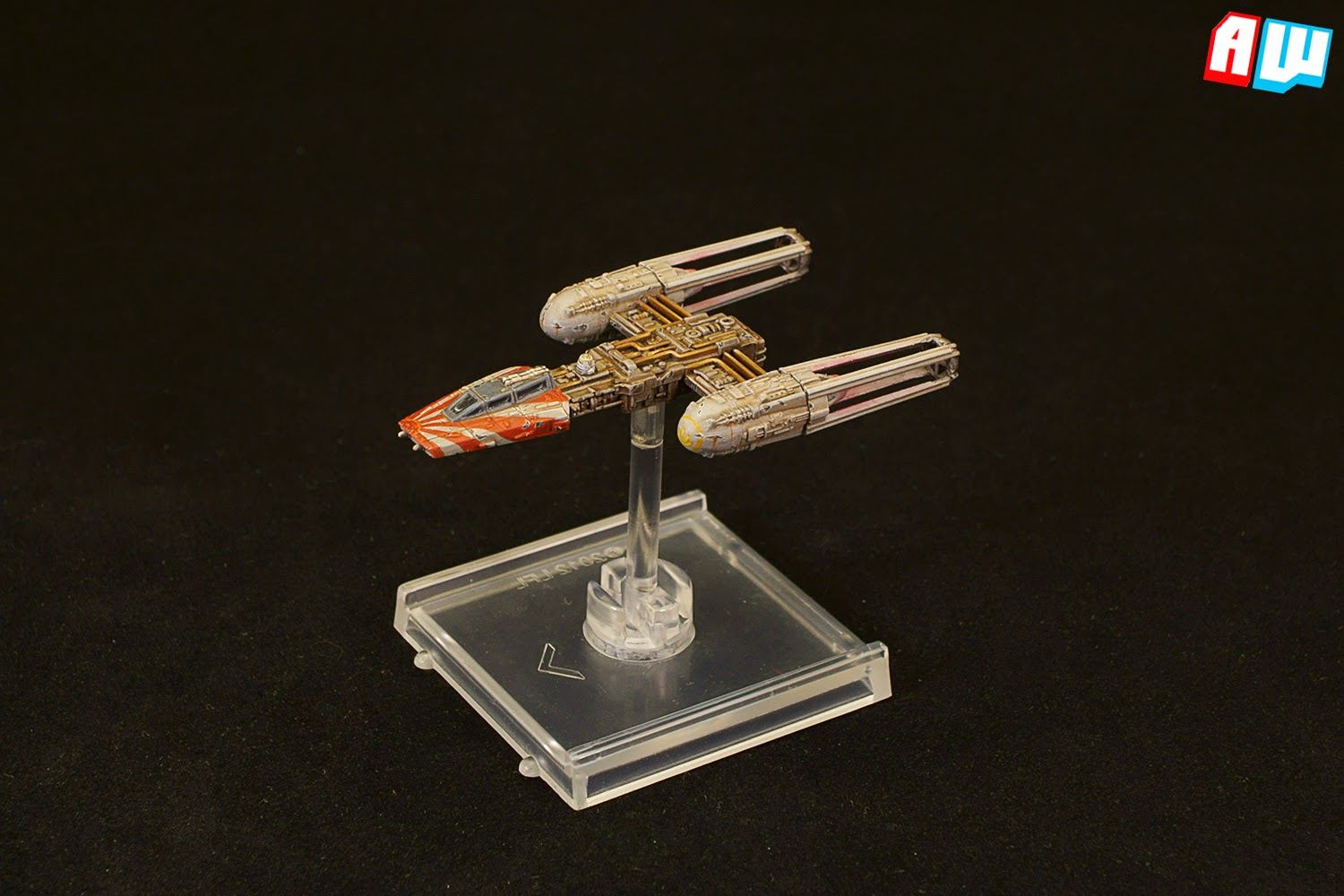 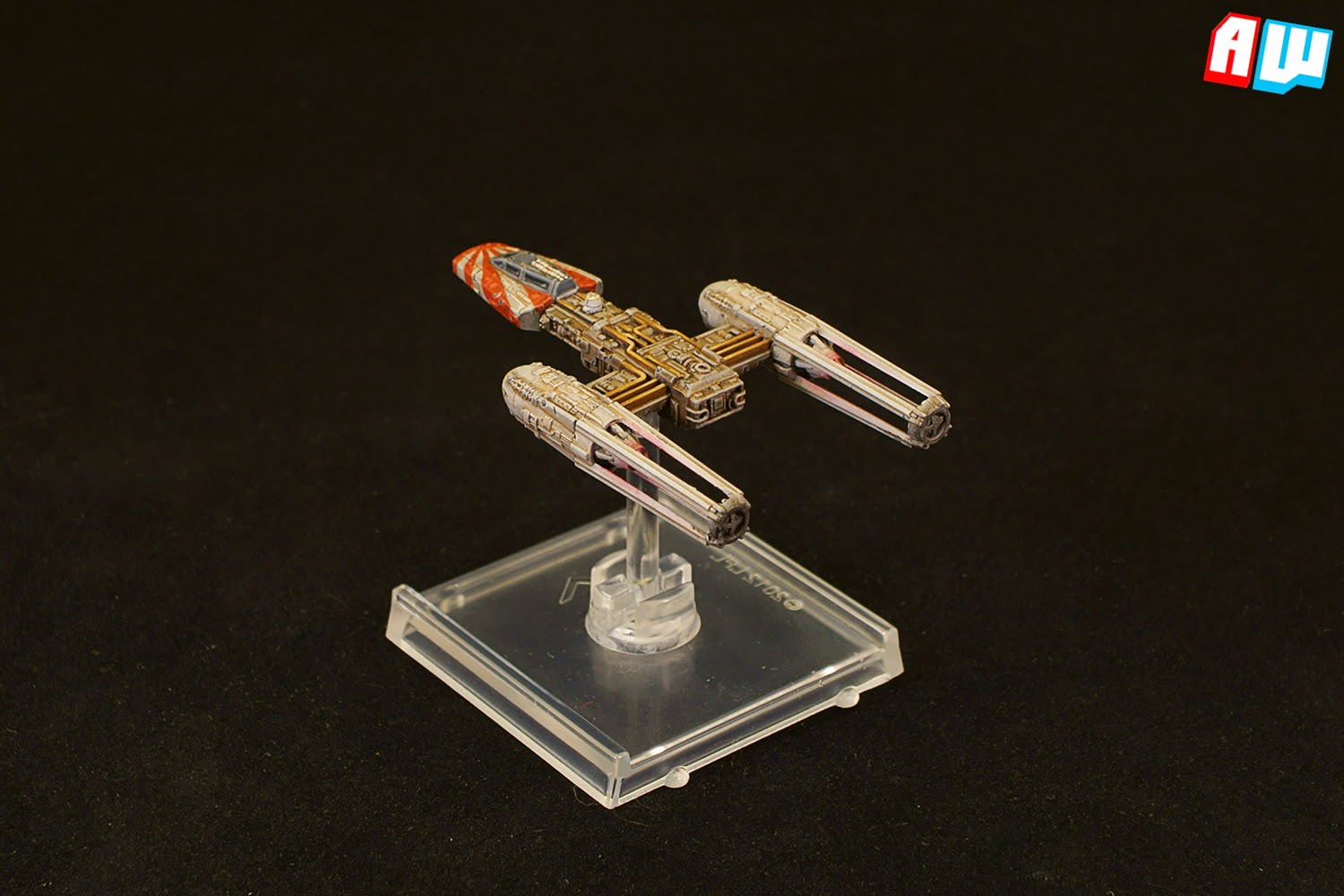 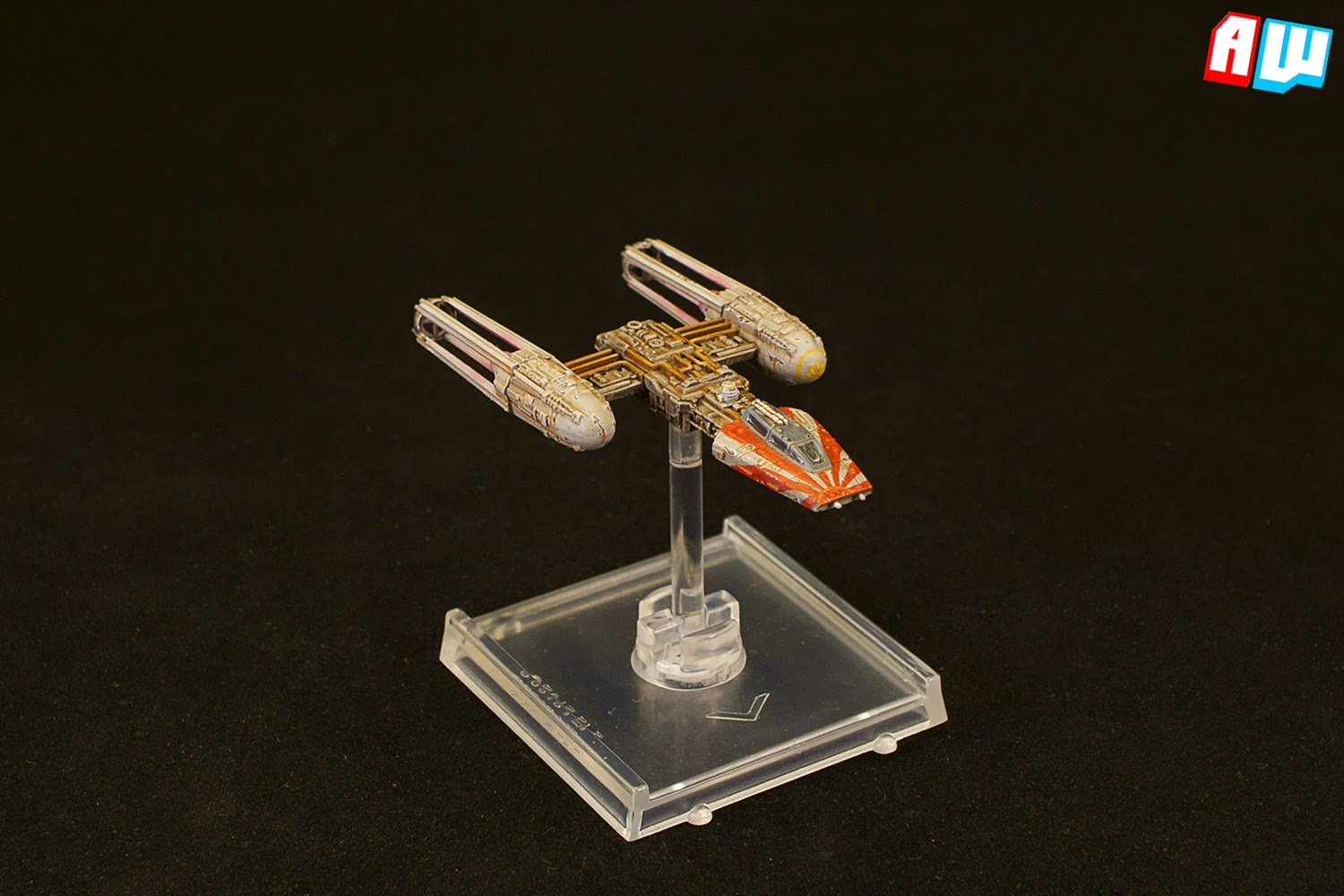 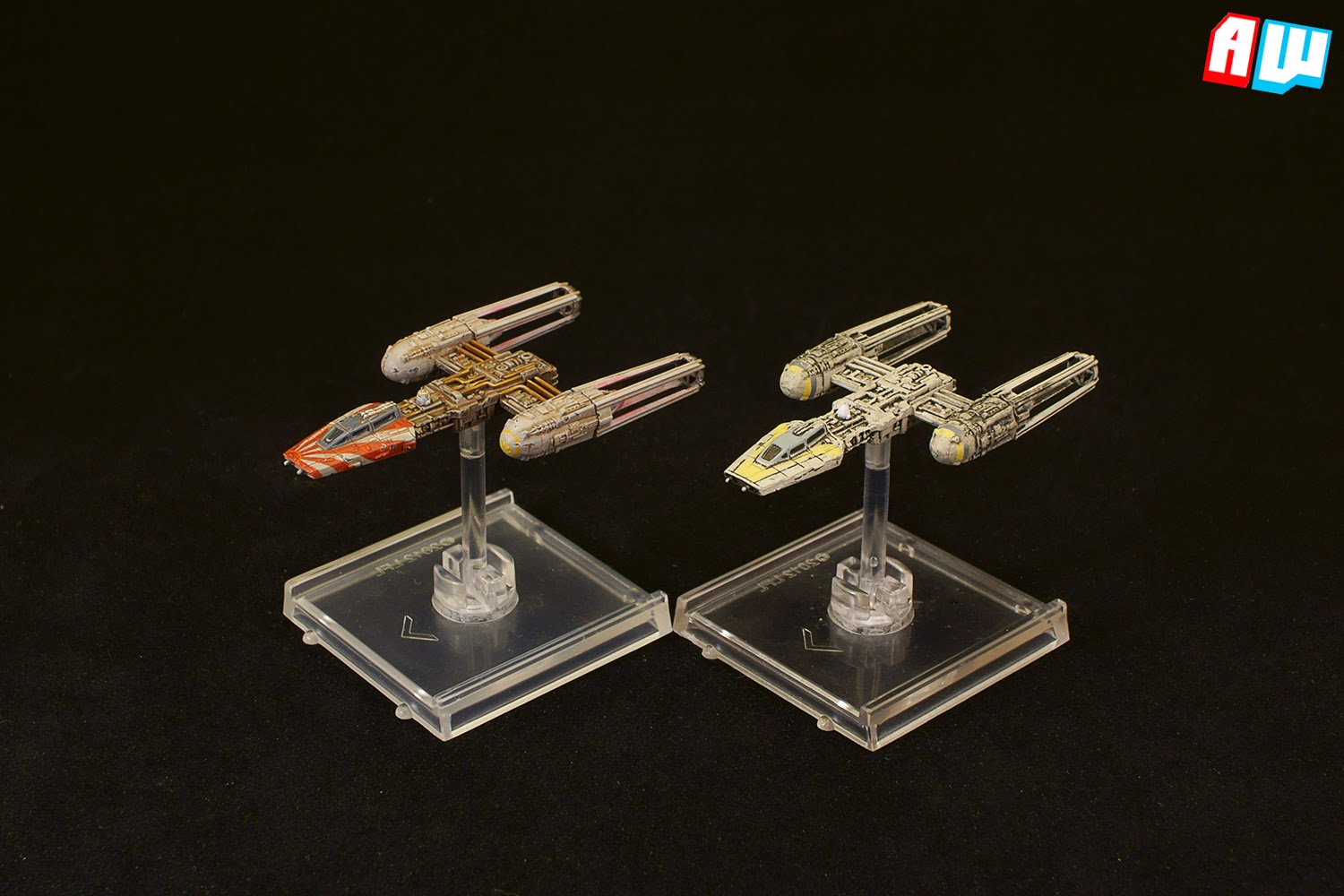