The Storm Commando Escort Carrier has been a challenge in so many ways. The only thing that comes close is the IronRaider I built a little over a year ago and yet it is not truly comparable as it was shaped like a box and I didn't have to build some of the parts on my own. The Escort Carrier on the other hand has lots of awkward angled and it is truly built from scratch, with only a total of four parts taken from leftover plastic kits and even those have been heavily modified. 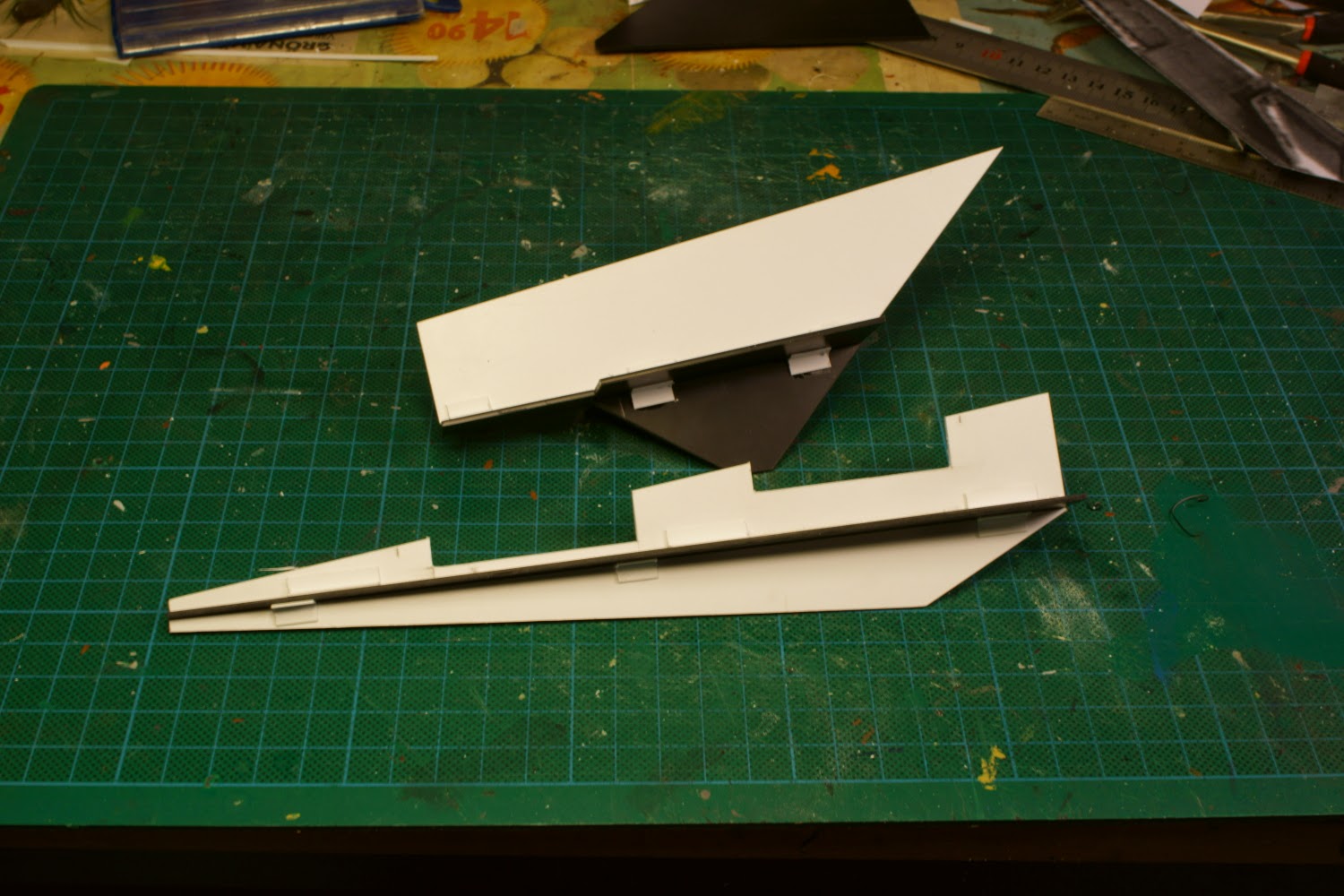 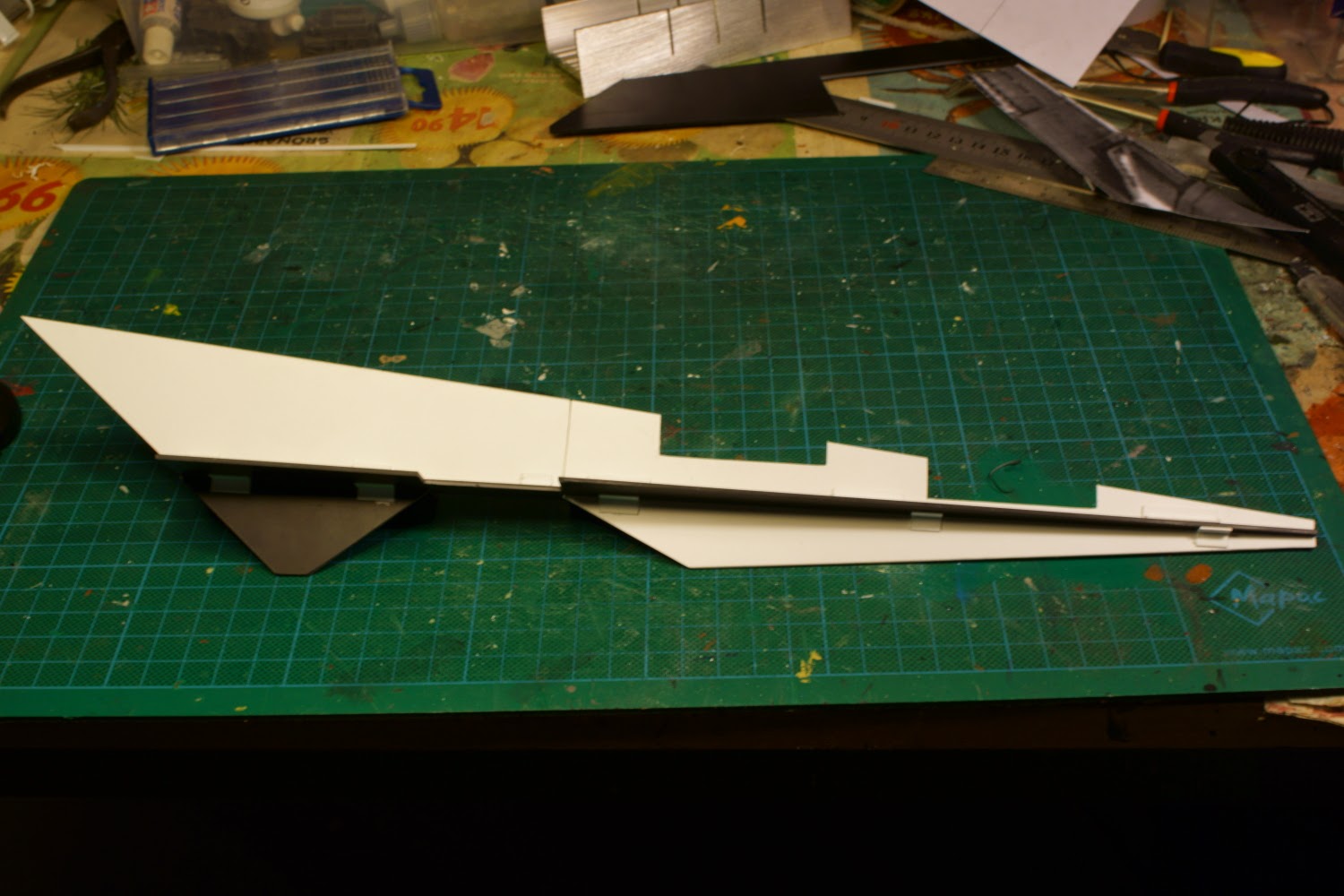 First on the agenda was making sure the model had a sturdy internal structure, a skeleton one might call it. This I made in a cross shape using 1.5mm plasticard. As this would form the basis of the entire build, I made extra sure that everything aligned properly. 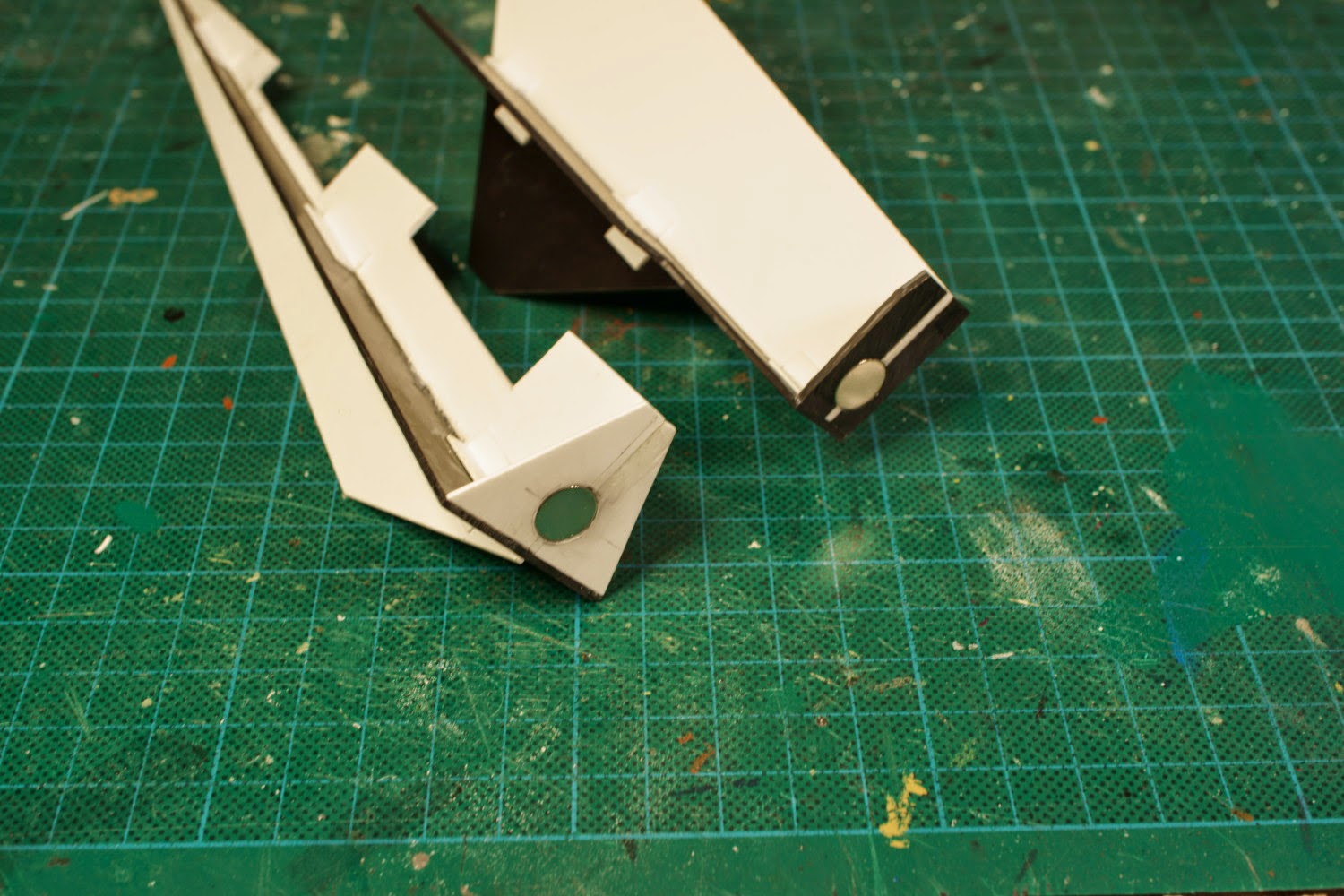 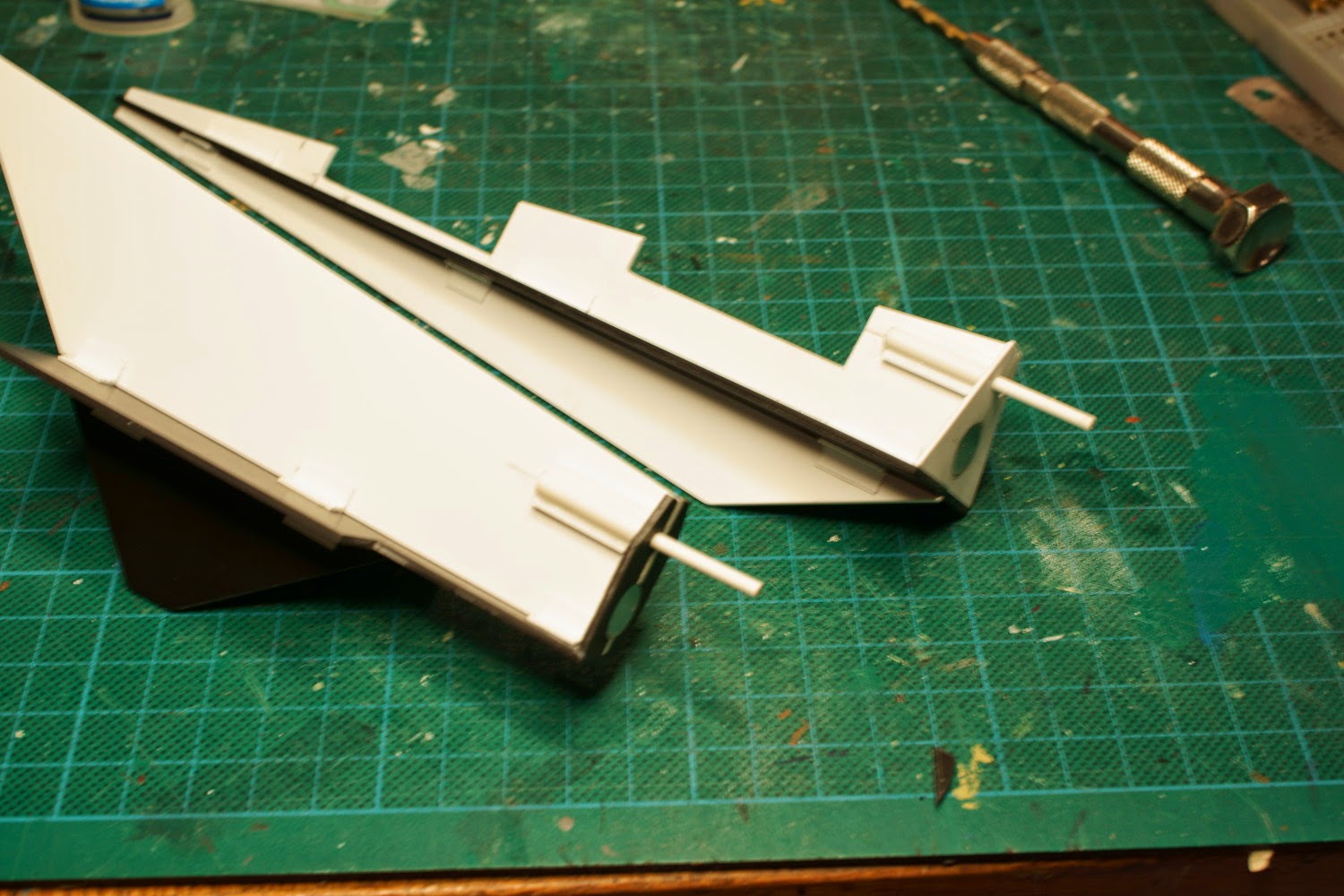 Before I started the build I knew it would be big, at the very least 40cm long when finished. Such a behemoth is not easy to store and transport so I decided to build the ship in two halves. Using the strongest magnets I have (10x2mm circular neodymium magnets) I devised a fairly simple yet very effective system for joining the parts. 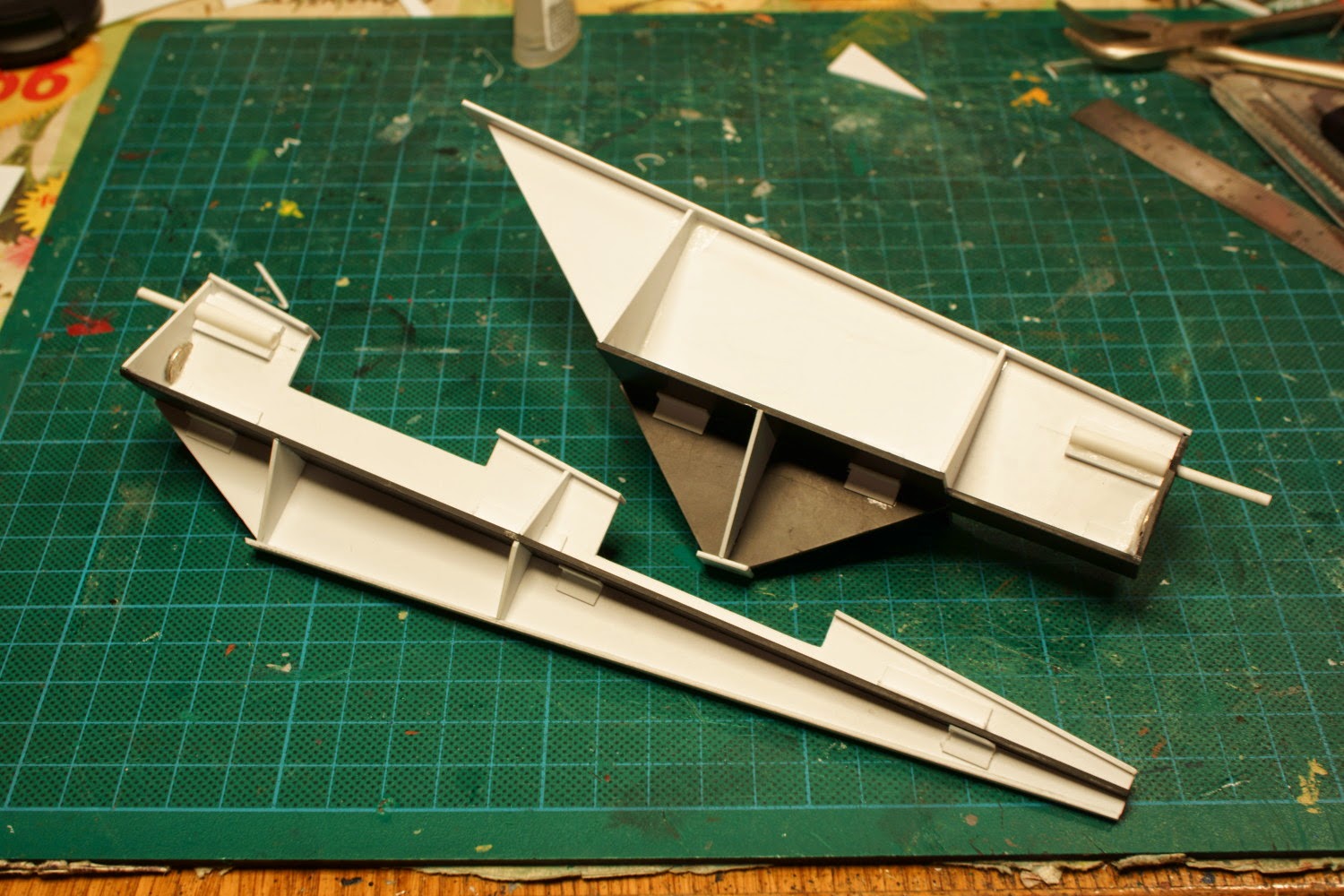 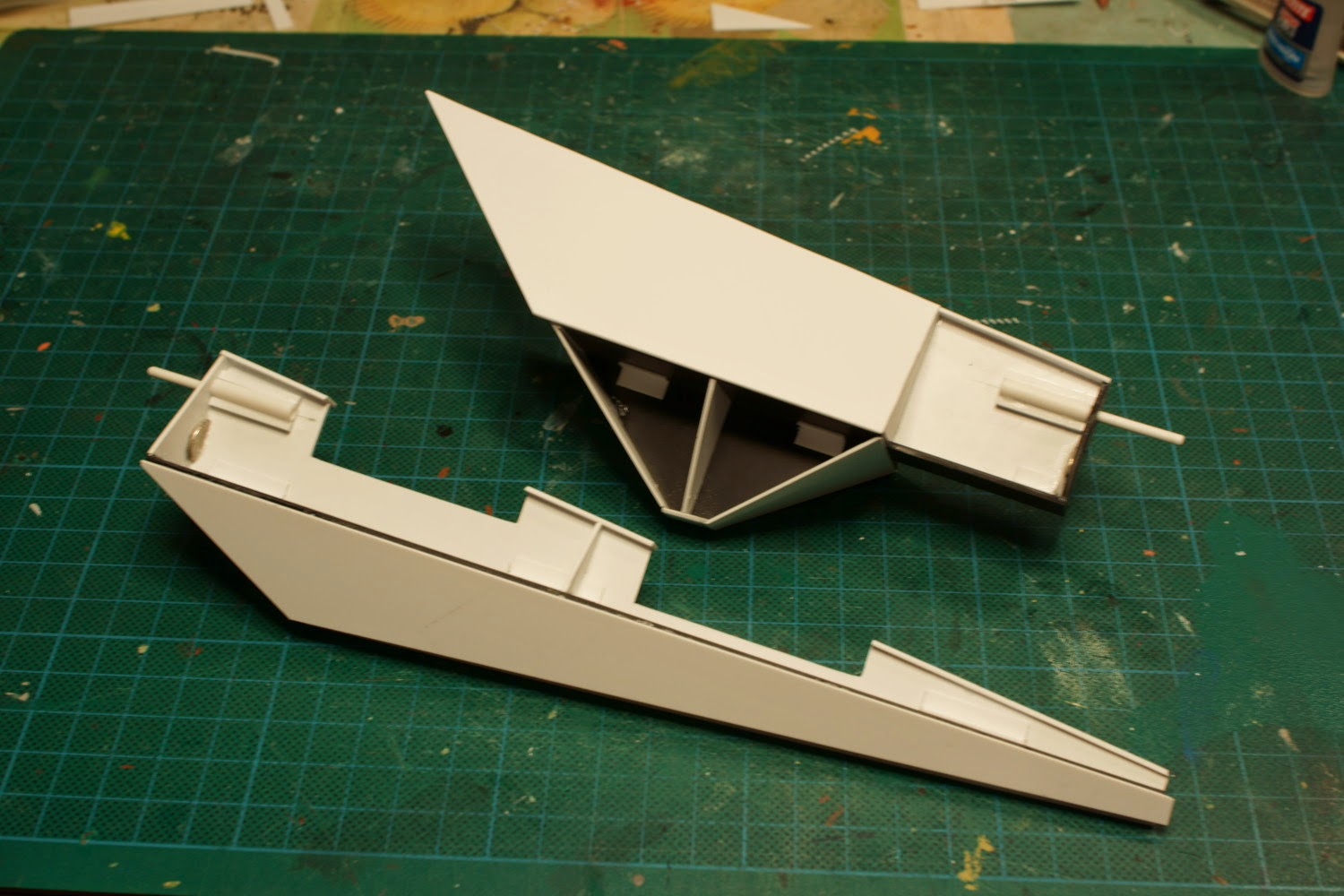 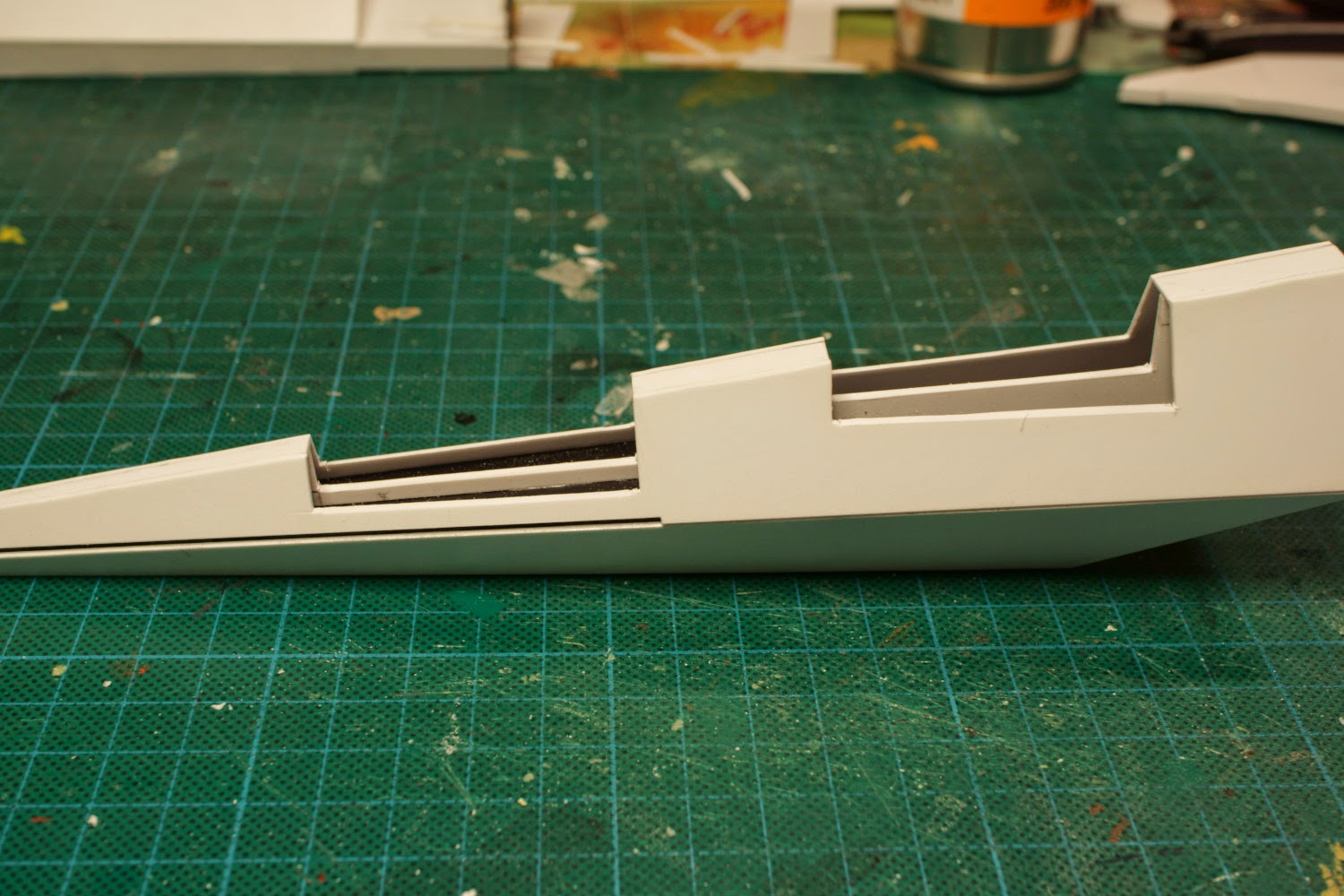 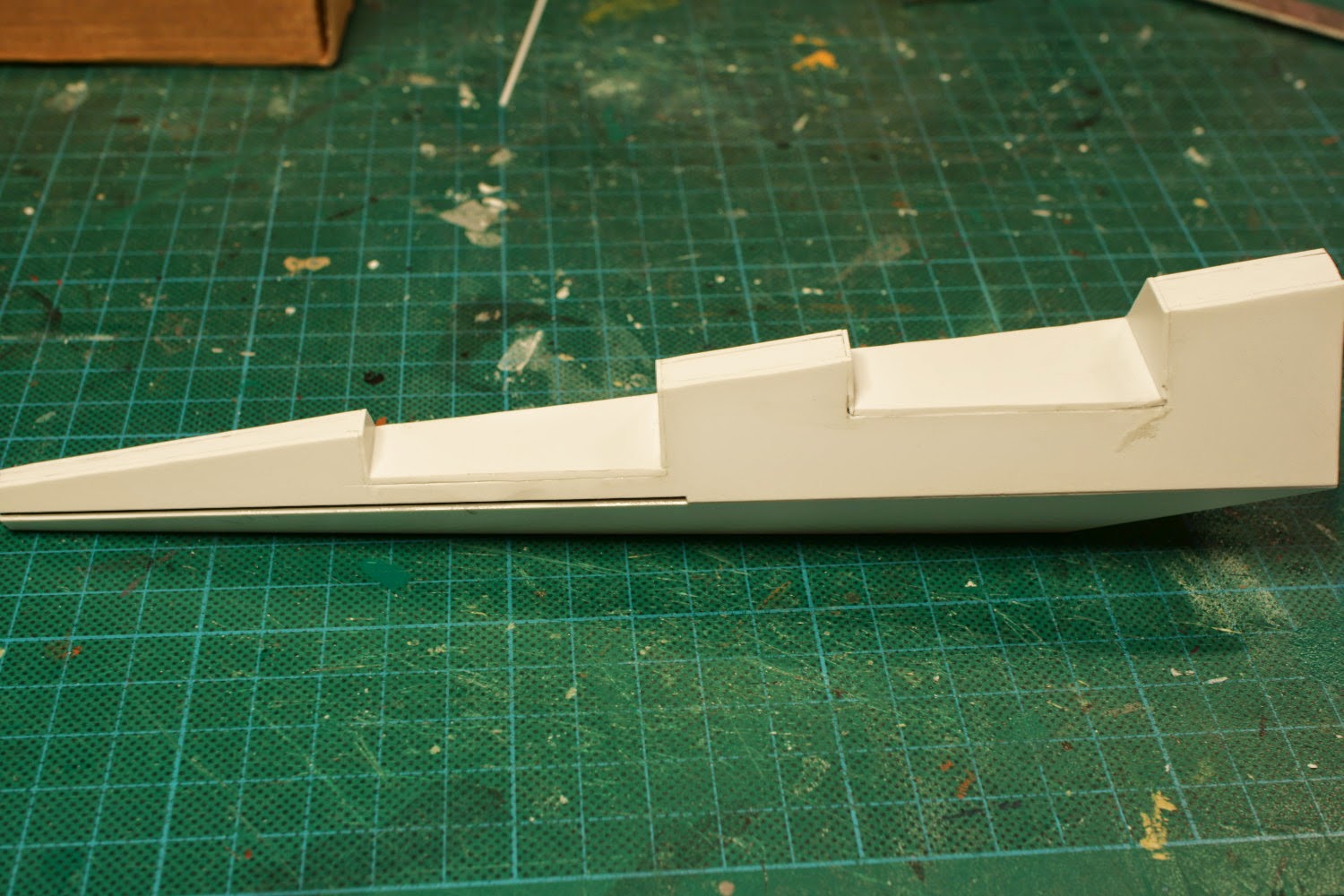 I made some additional internal reinforcing struts before I began putting some skin on the ship. Quite a lot of plasticard was needed to compete this stage though thankfully I didn't make any big mistakes that required me to discard and redo any of these pieces. 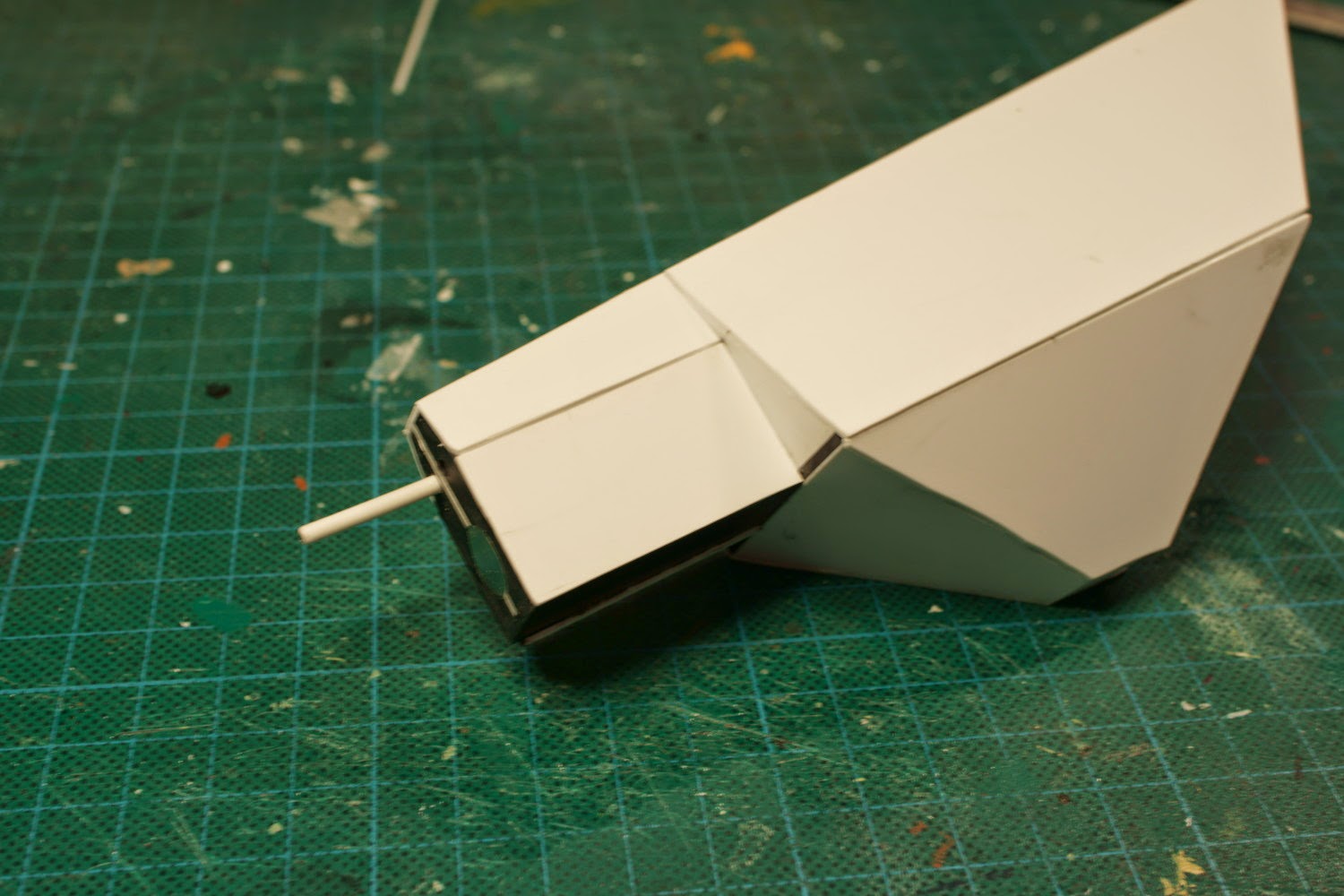 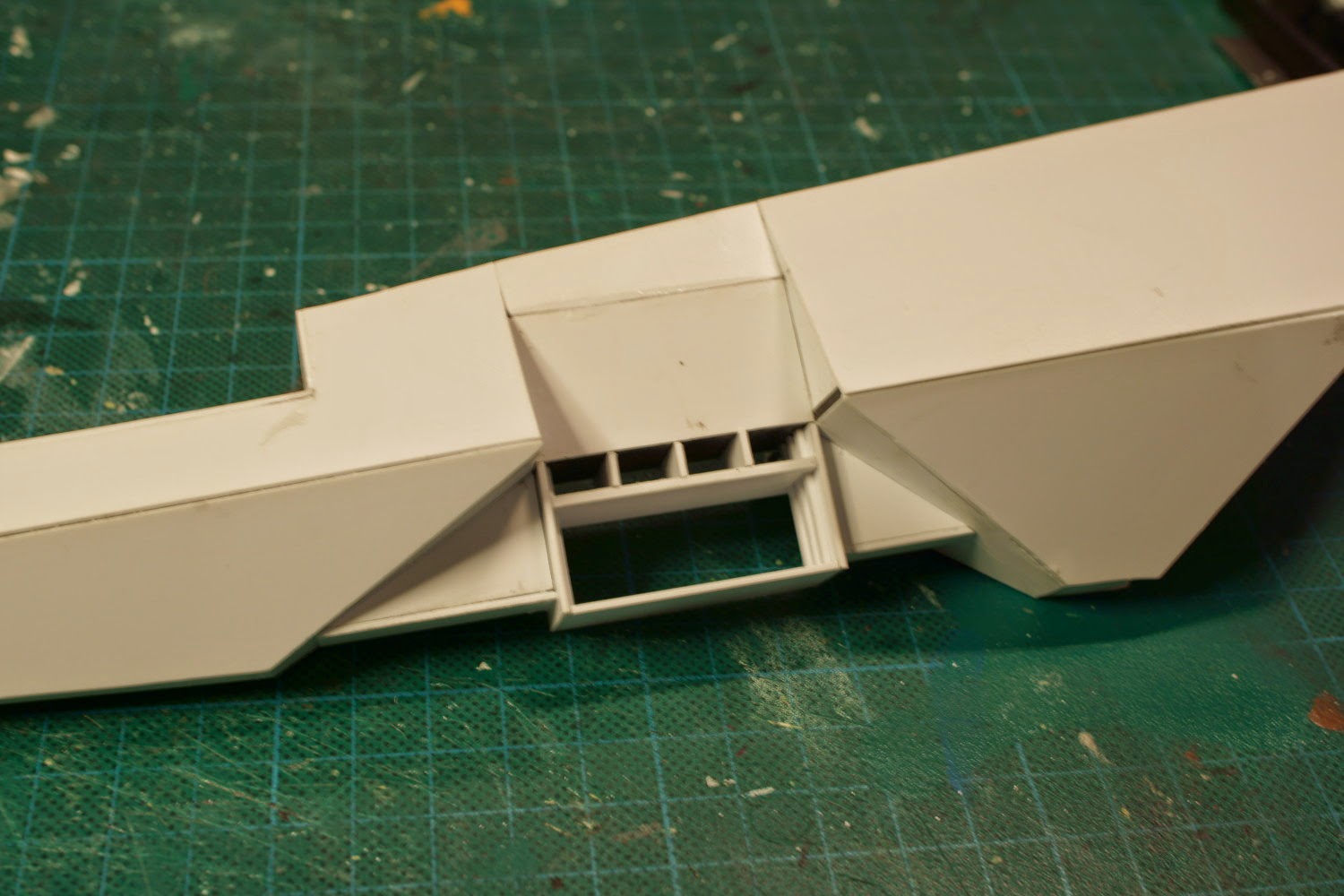 The hangar bay was another important addition to the ship. Since it is the thinnest part of the ship and located right where the two halves meet I had to make extra sure that it was both stable and precise. In the end I kept it fairly simple and resolved to add more details later. 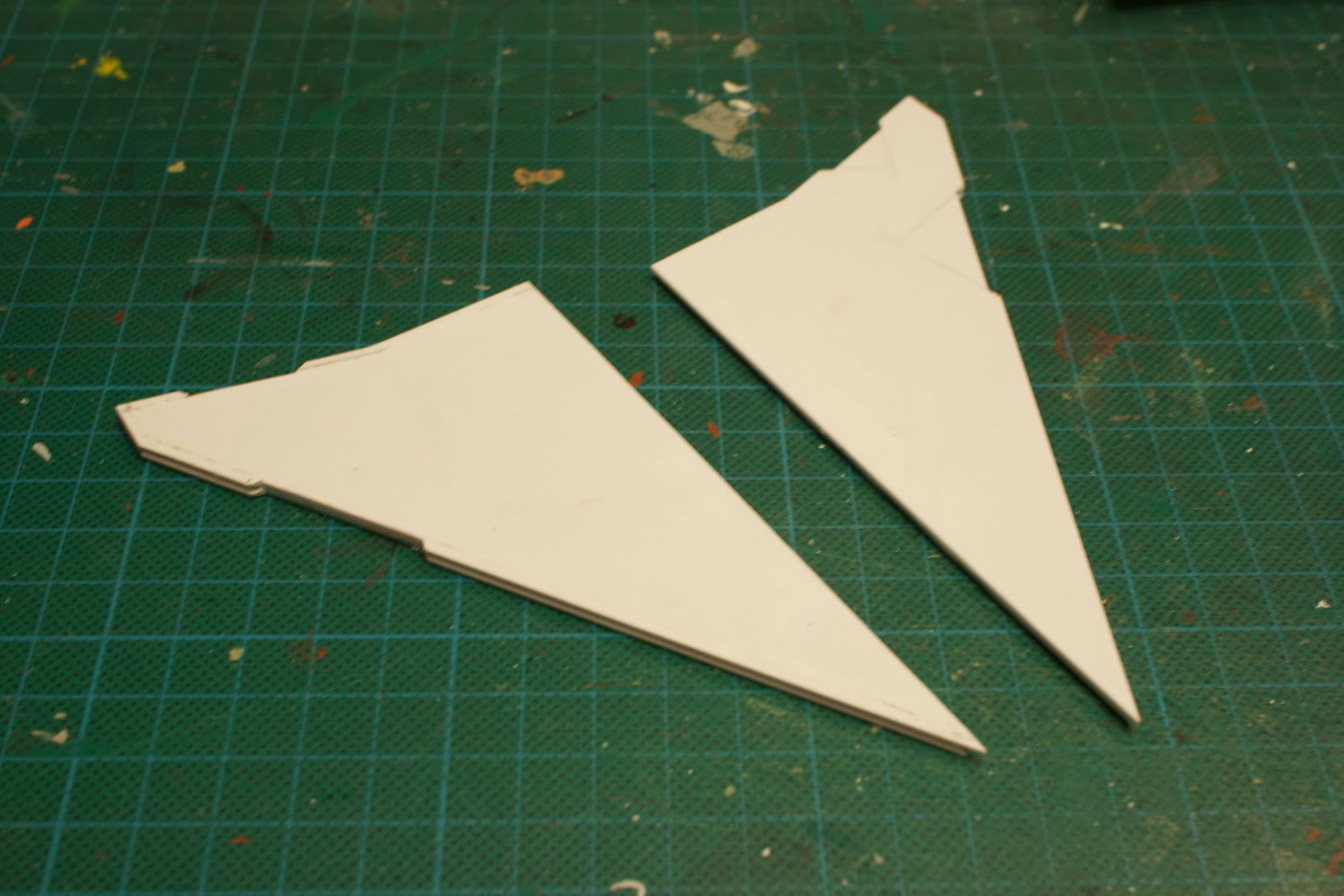 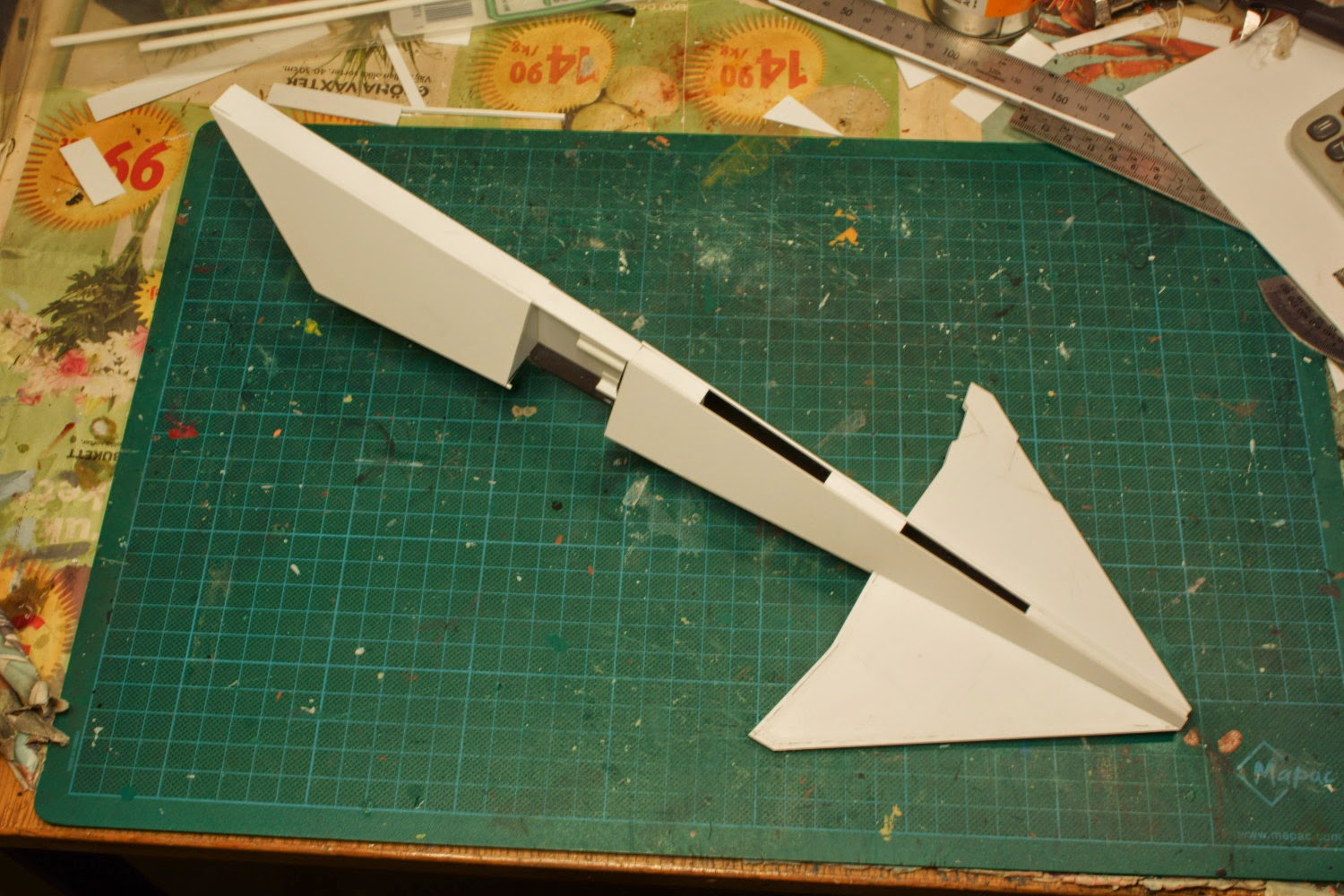 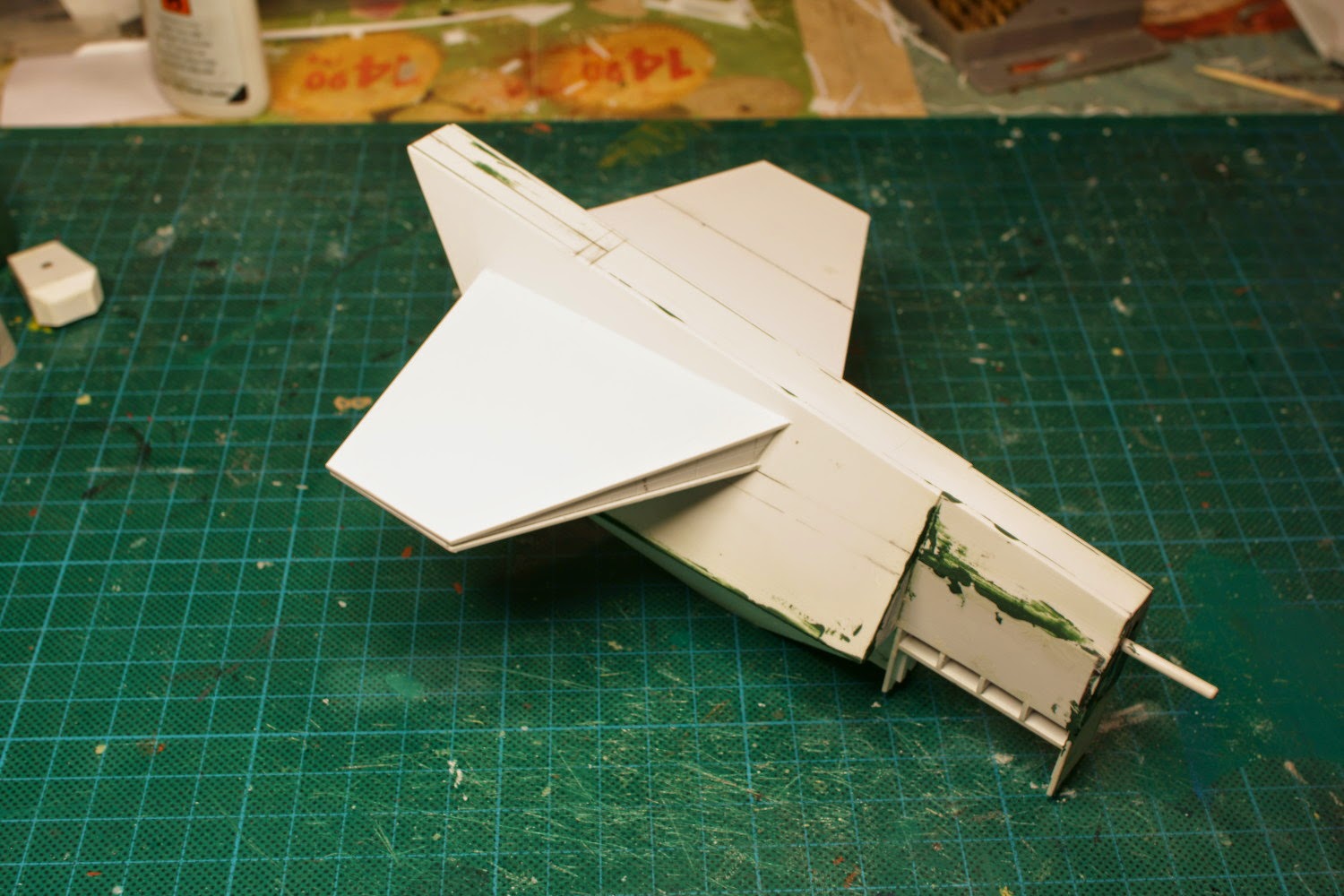 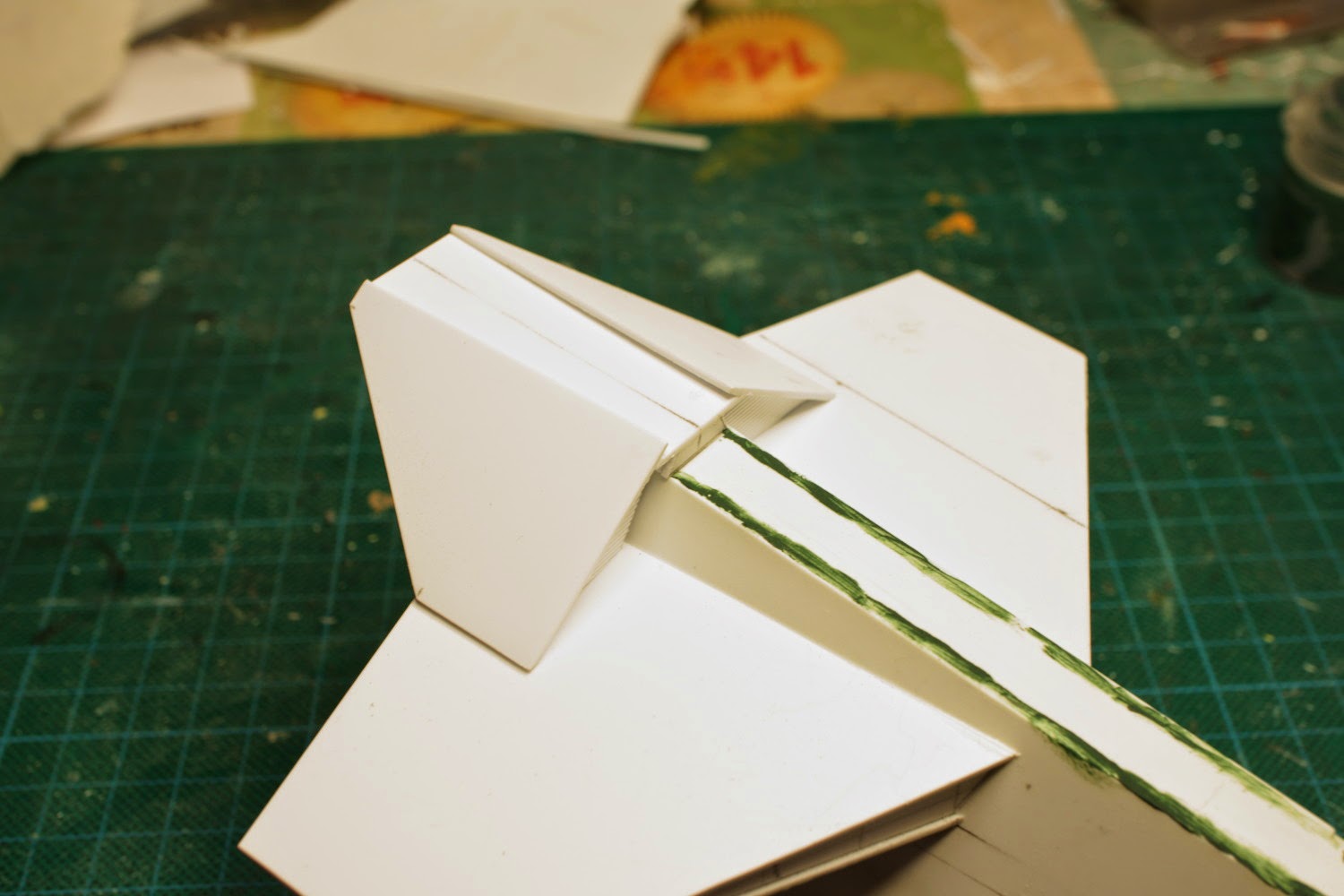 The front fins/wings were fairly simple to make. Just two paired sheets separated by a 1mm strip. The hard part would be attaching them to the main hull. The back wings however were not as easy to build. Irritatingly I made them too big at first so I had to remove about 1 cm of material from them. The structure on top of the back wings were even more irritating to get right as it had angles all over the damn placed. 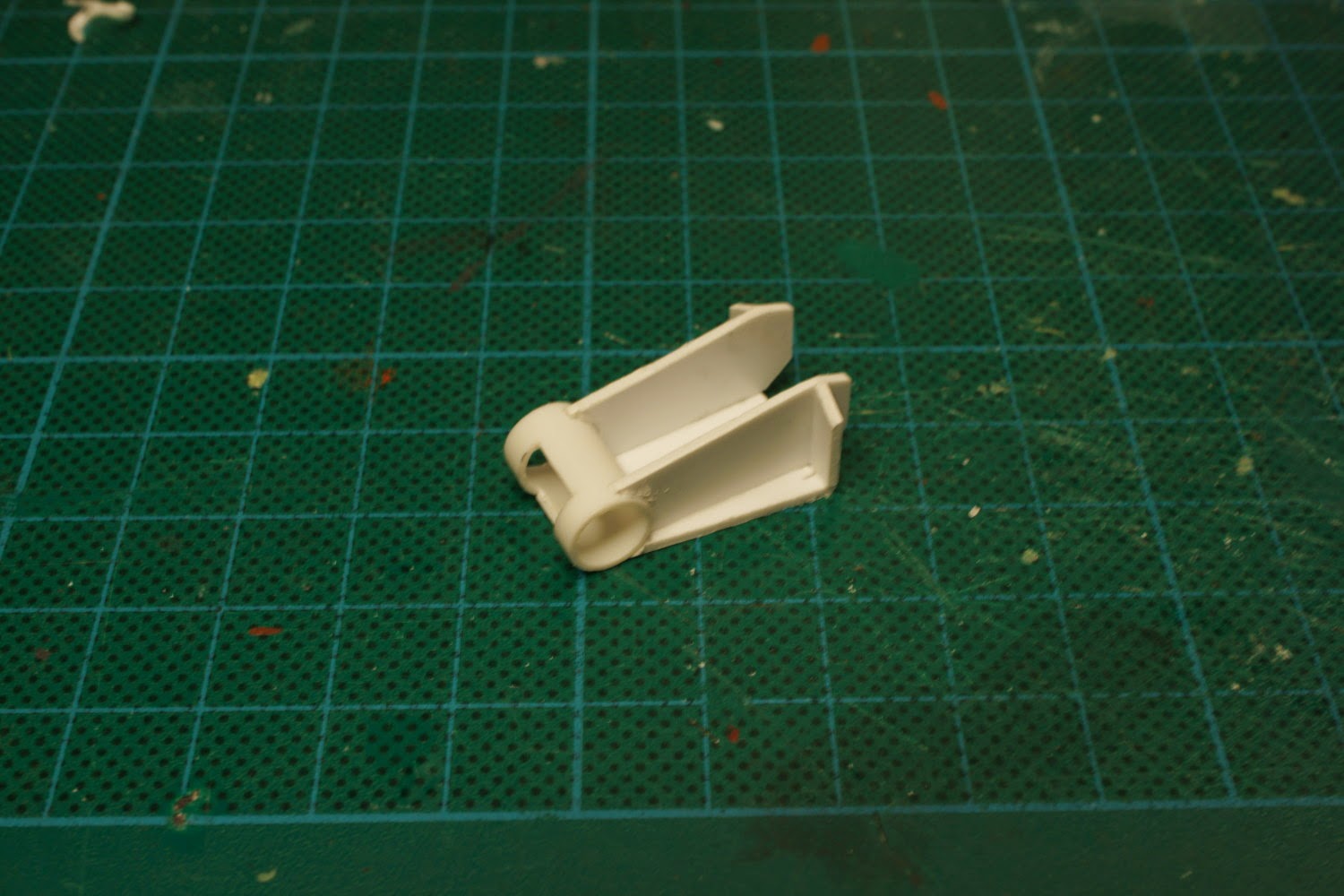 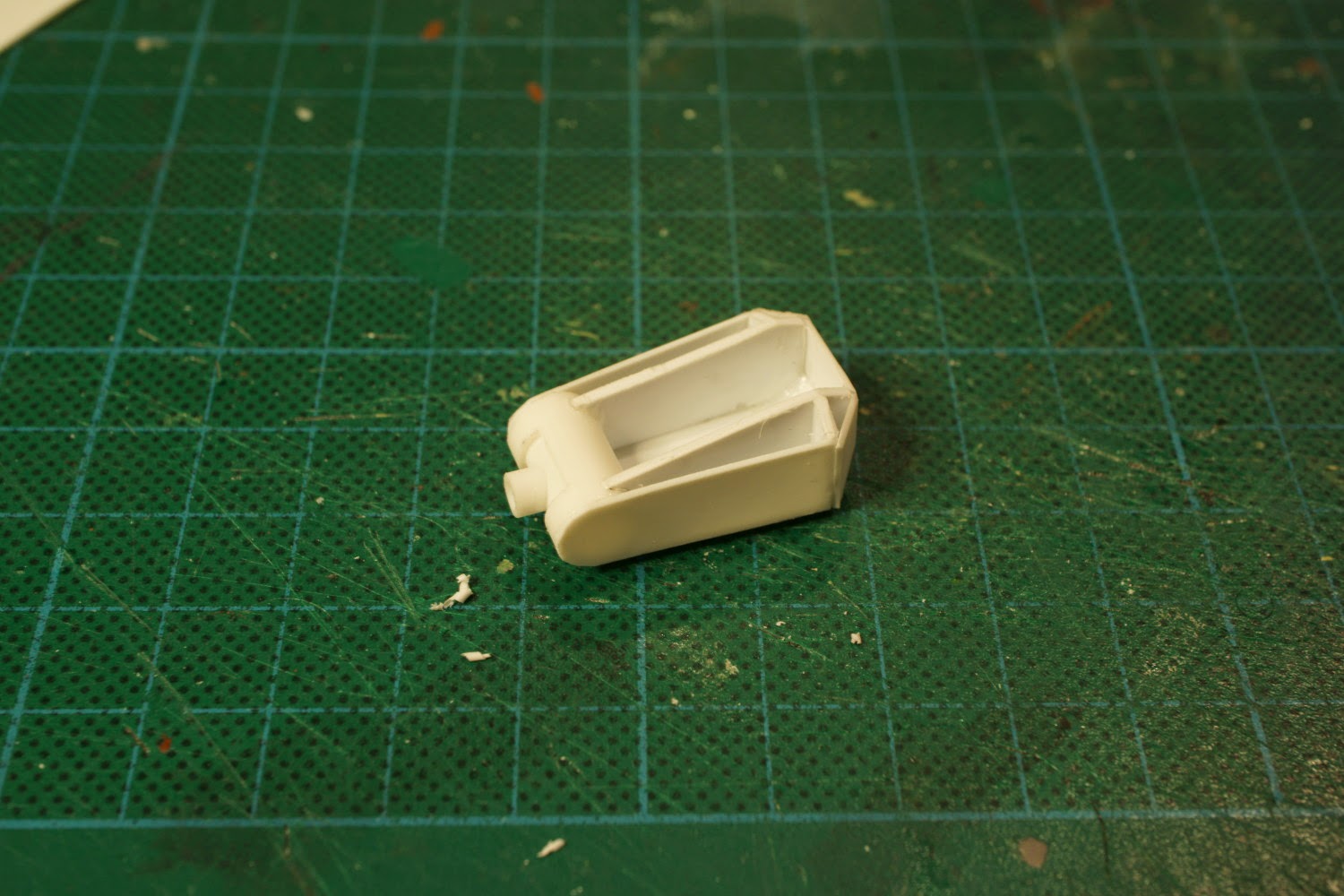 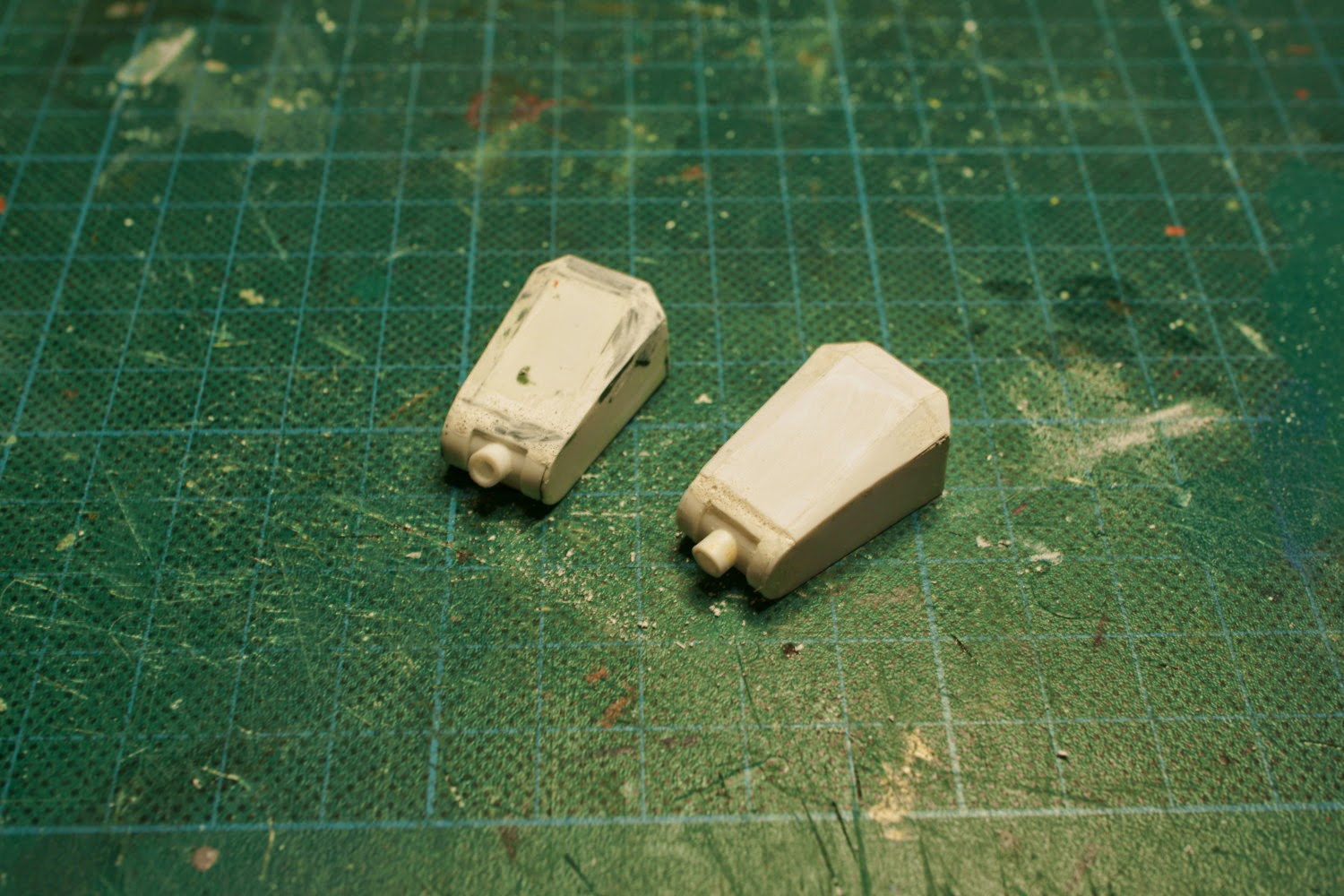 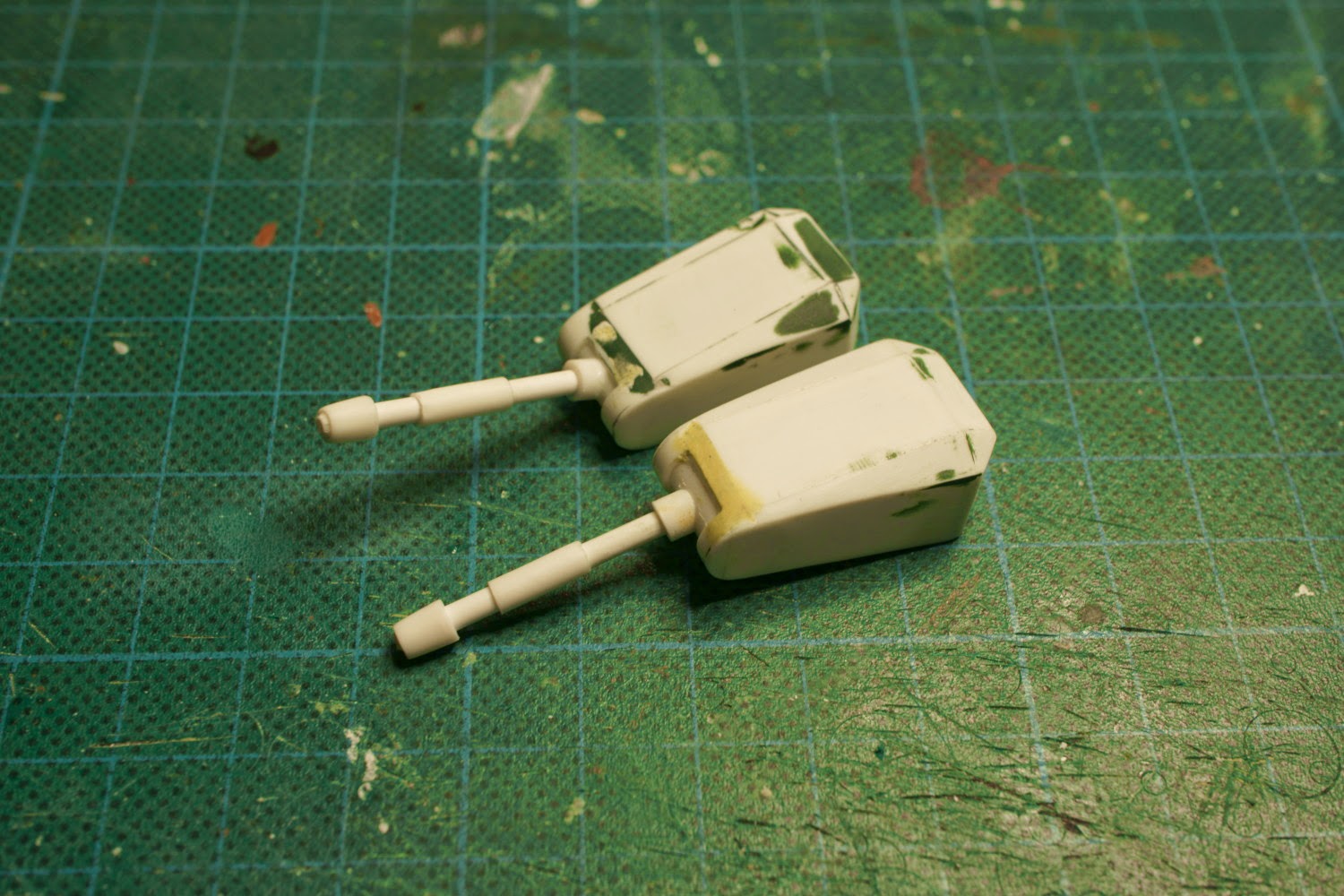 The main guns of the ship consists of two big turrets. I think the designers were going for a similar look to naval guns on earth warships but they do look a bit off on such a small and dainty looking ship. Despite all the angles, these were thankfully not terribly hard to make though they did need a lot of filler and sanding to finish them. I had the foresight to make both at the same time so if I made one part I could immediately copy it to the other turret. Assembly line style manufacturing is the way to go!
Upplagd av Macross_VF1 kl. 23:03:00