Almost forgot to post this. As always I must ask myself where the time goes. Anyway here is the second part of how I built the Storm Commando Escort Carrier. 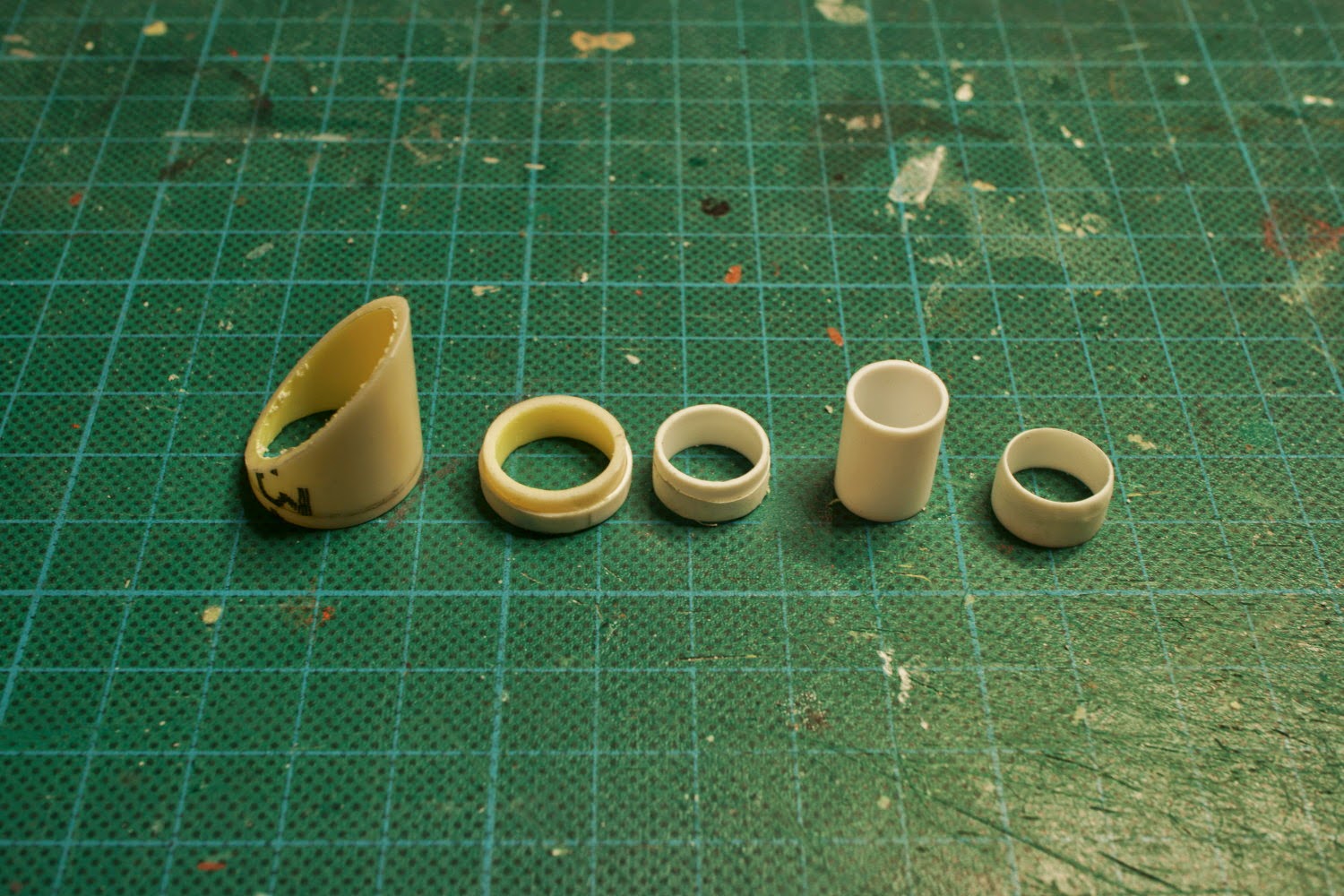 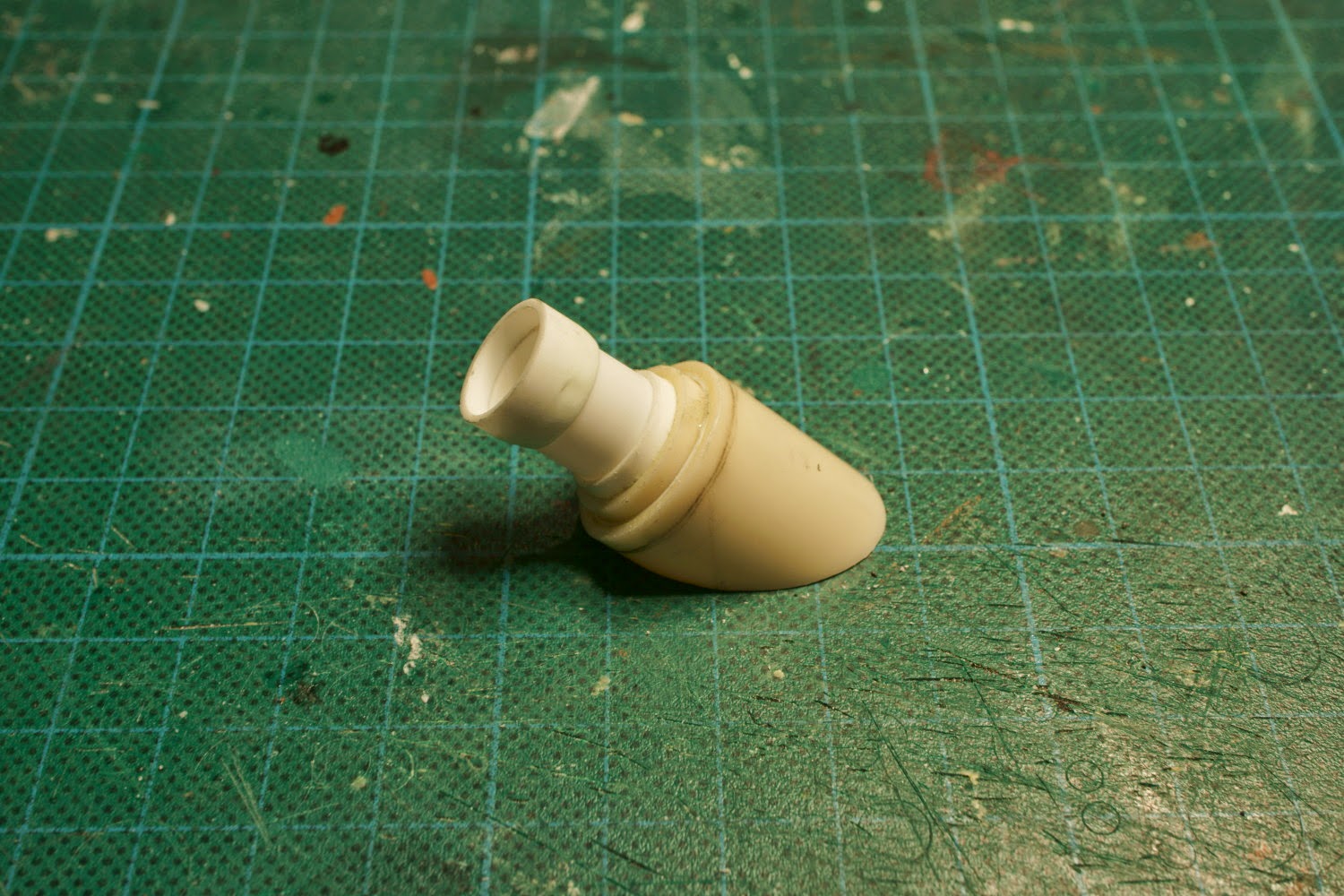 The three engines are quite frankly just several tubes inside of each other. The biggest tubes are actually not plasticard, but rather plastic tubing that is normally used in protecting electric wires in houses. 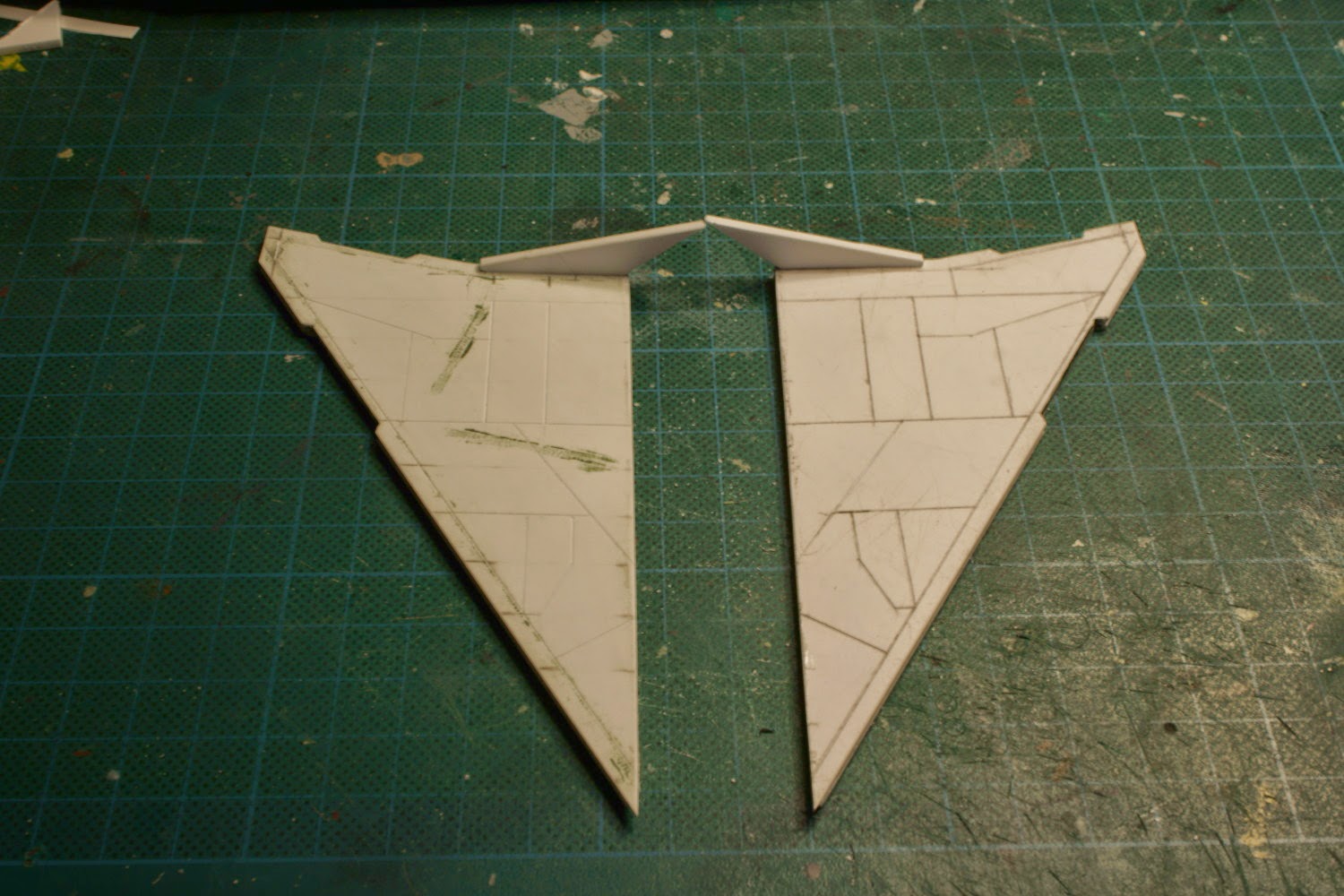 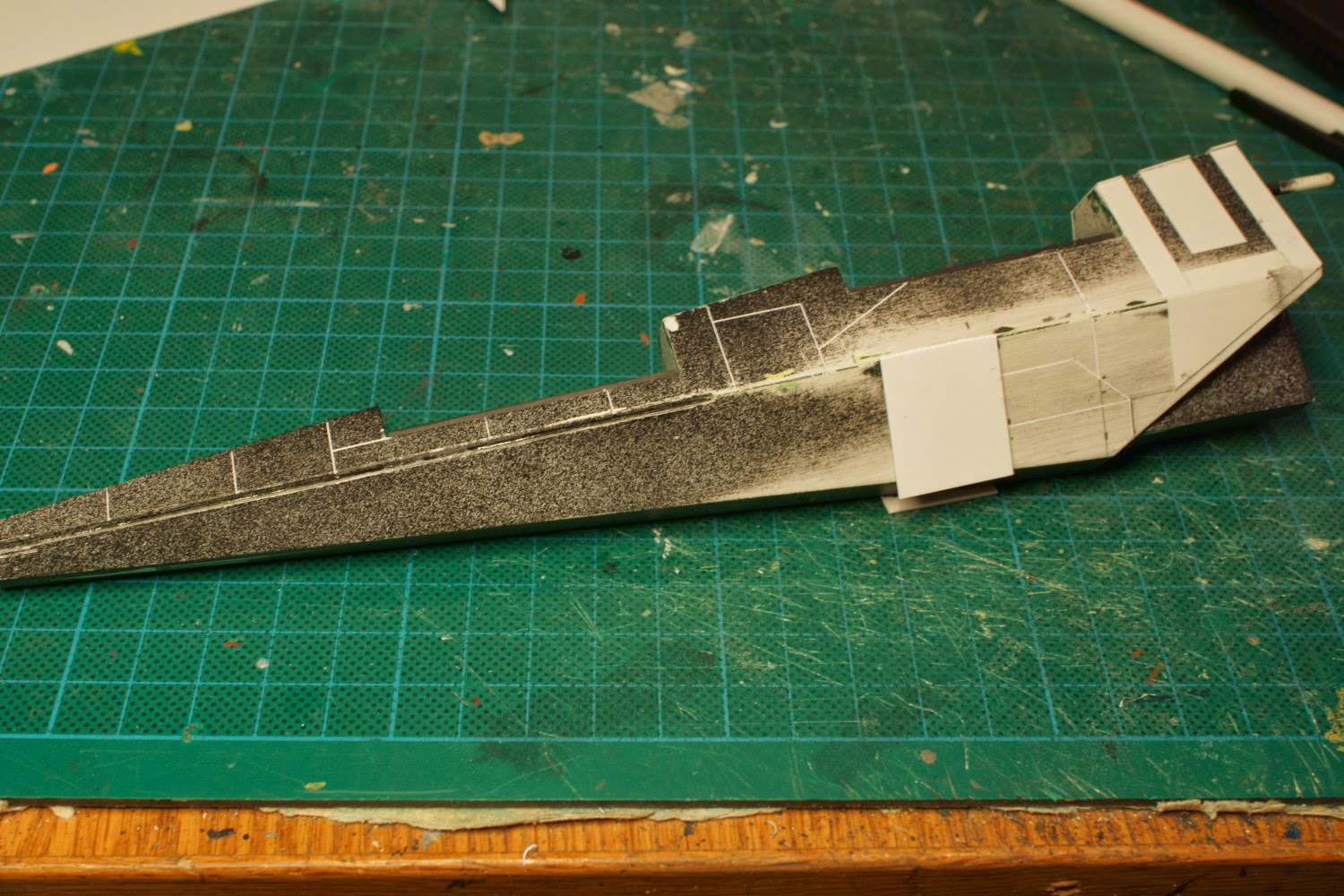 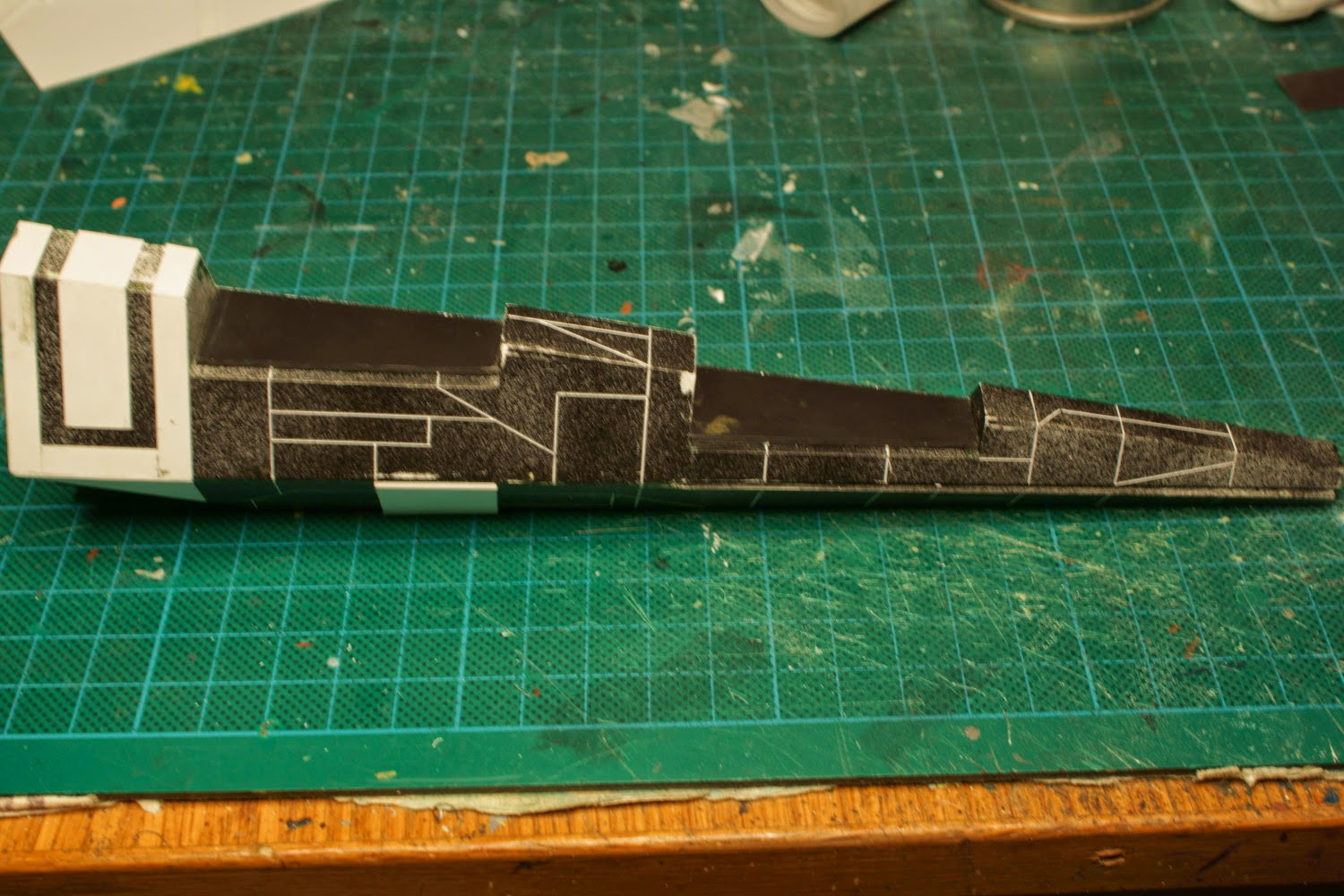 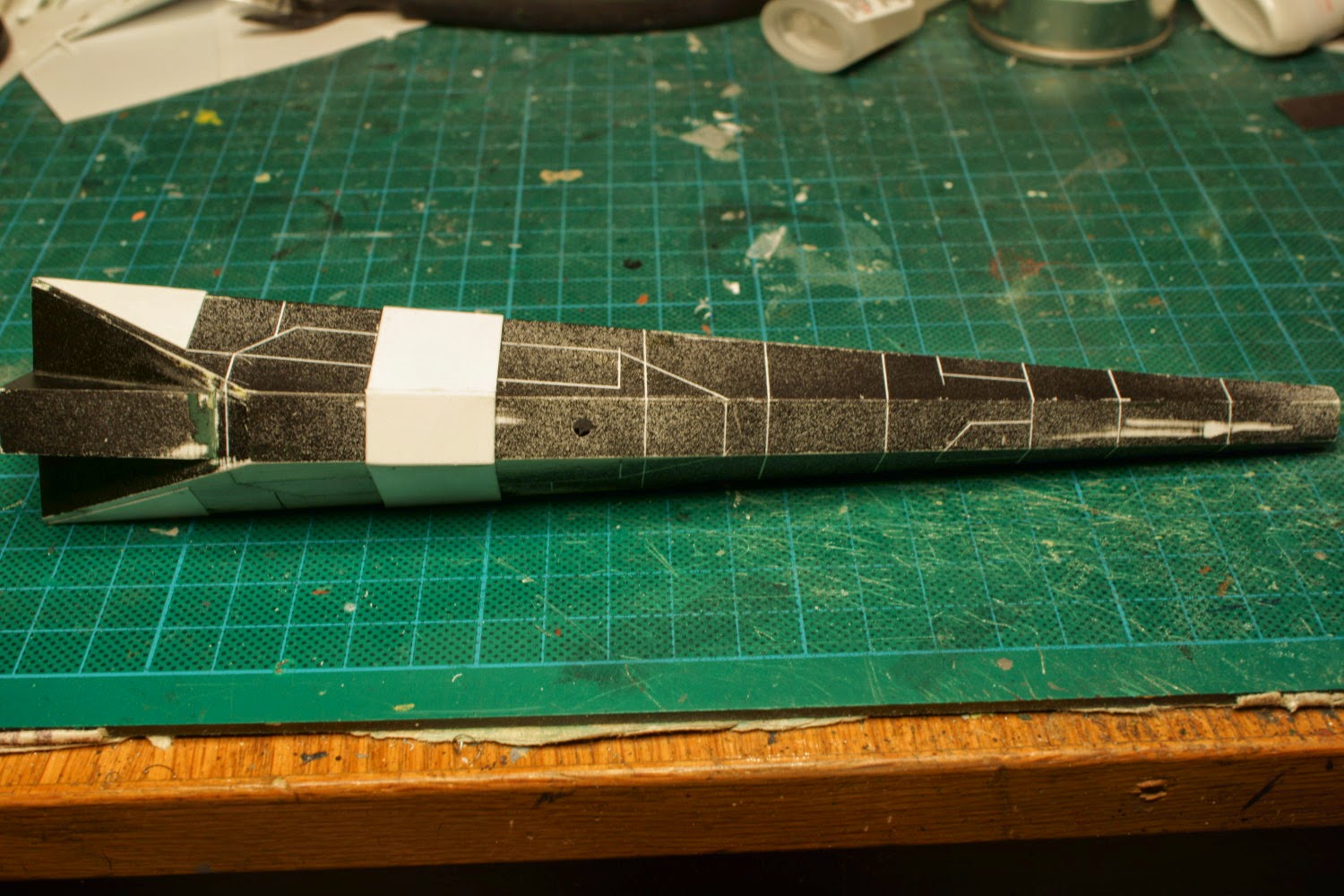 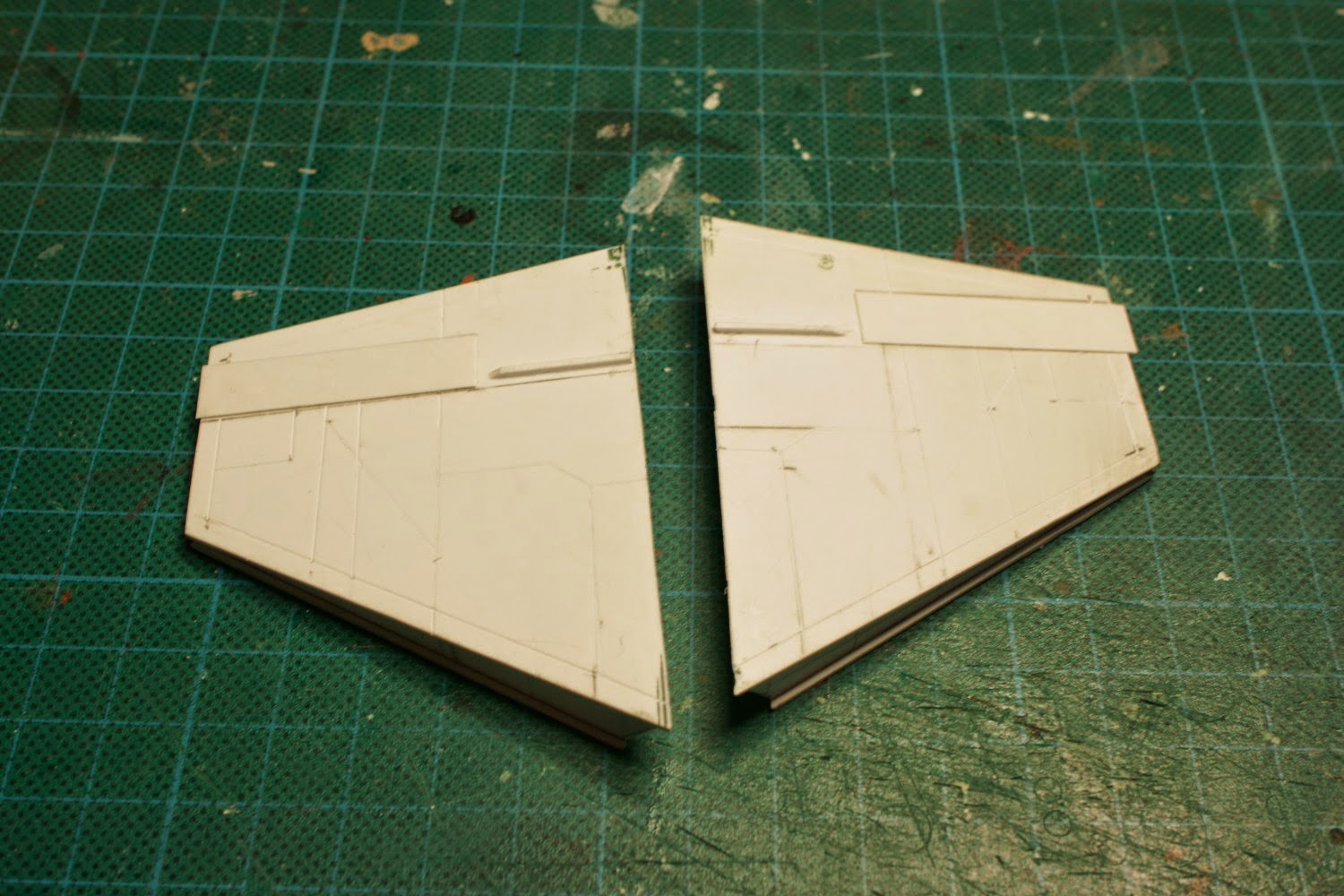 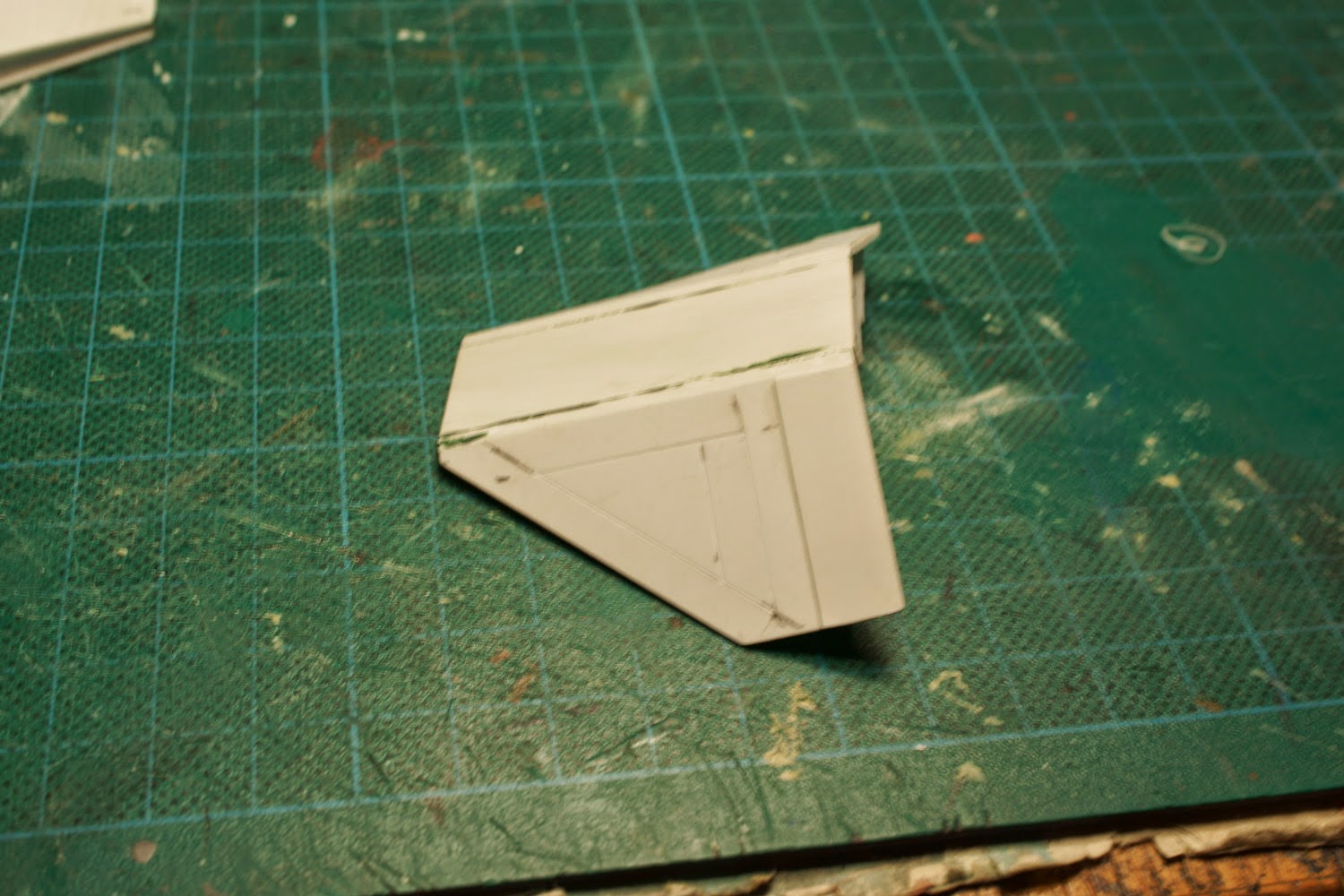 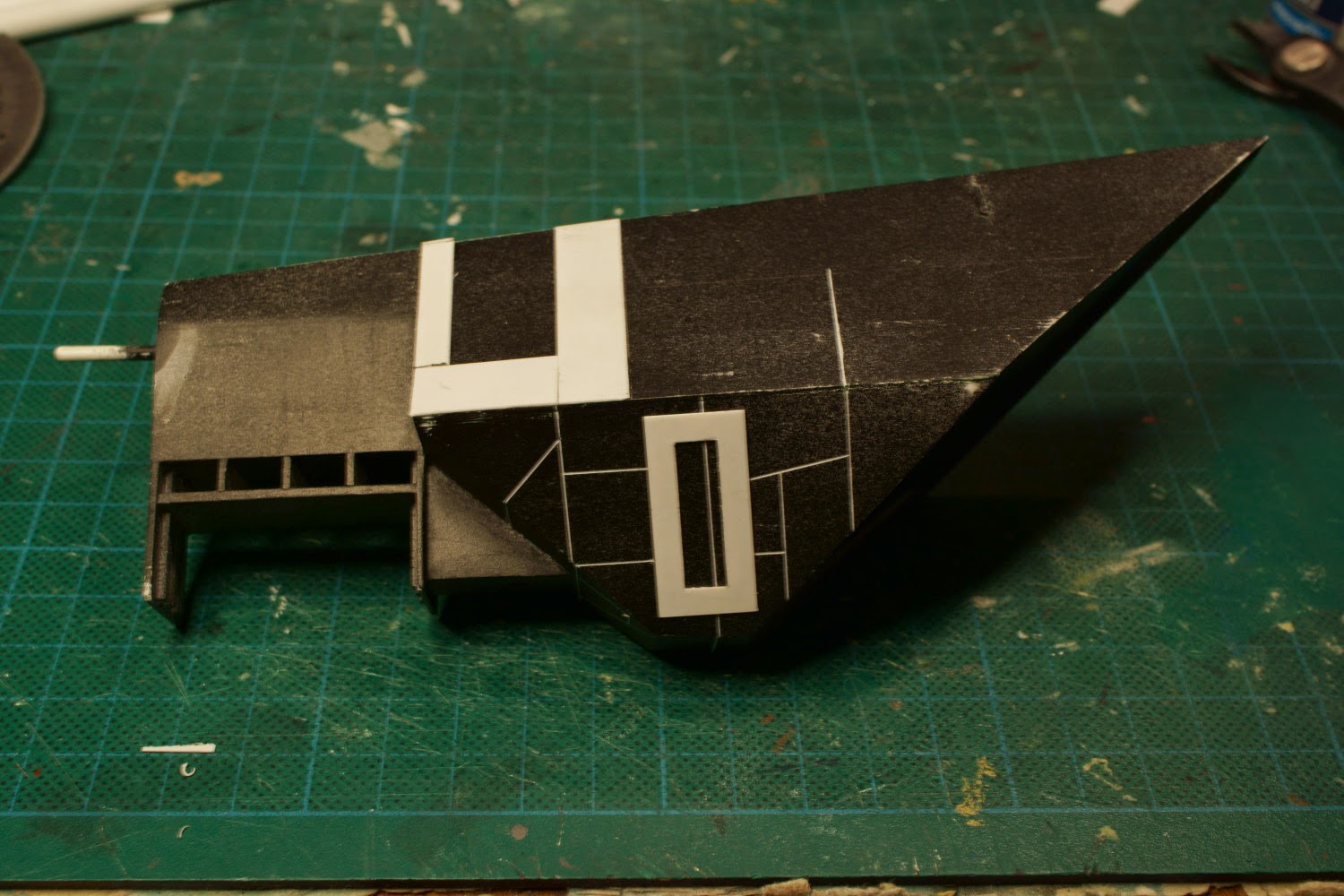 With the engines finished it was time to start doing some panel lines, and as you can see from the above set of pictures there were a lot of panel lines to be added! As usual, I sprayed the ship with some black paint so I could easier spot any flaws but as should be obvious above, it helps when doing pane lines as well. I also started adding some details 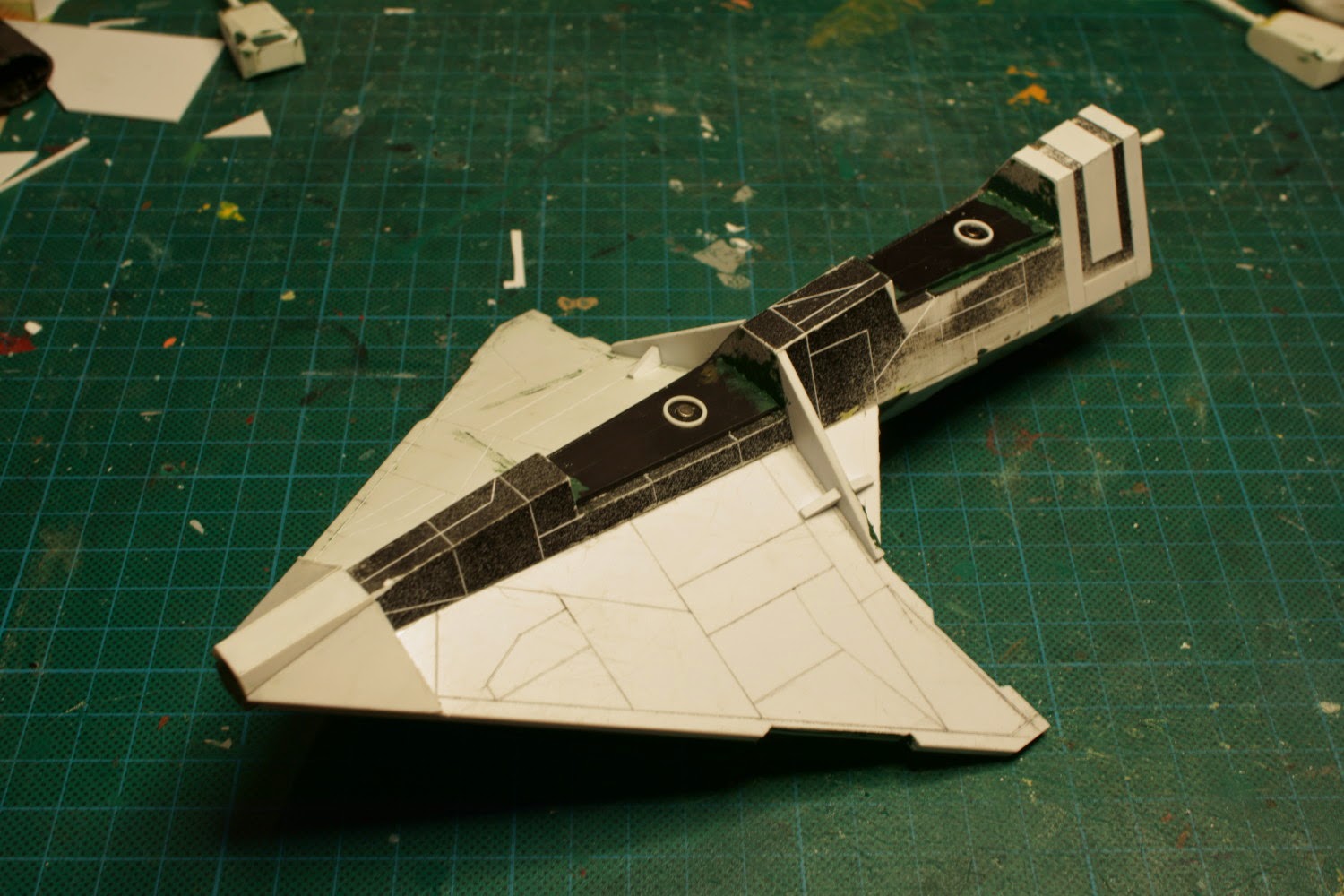 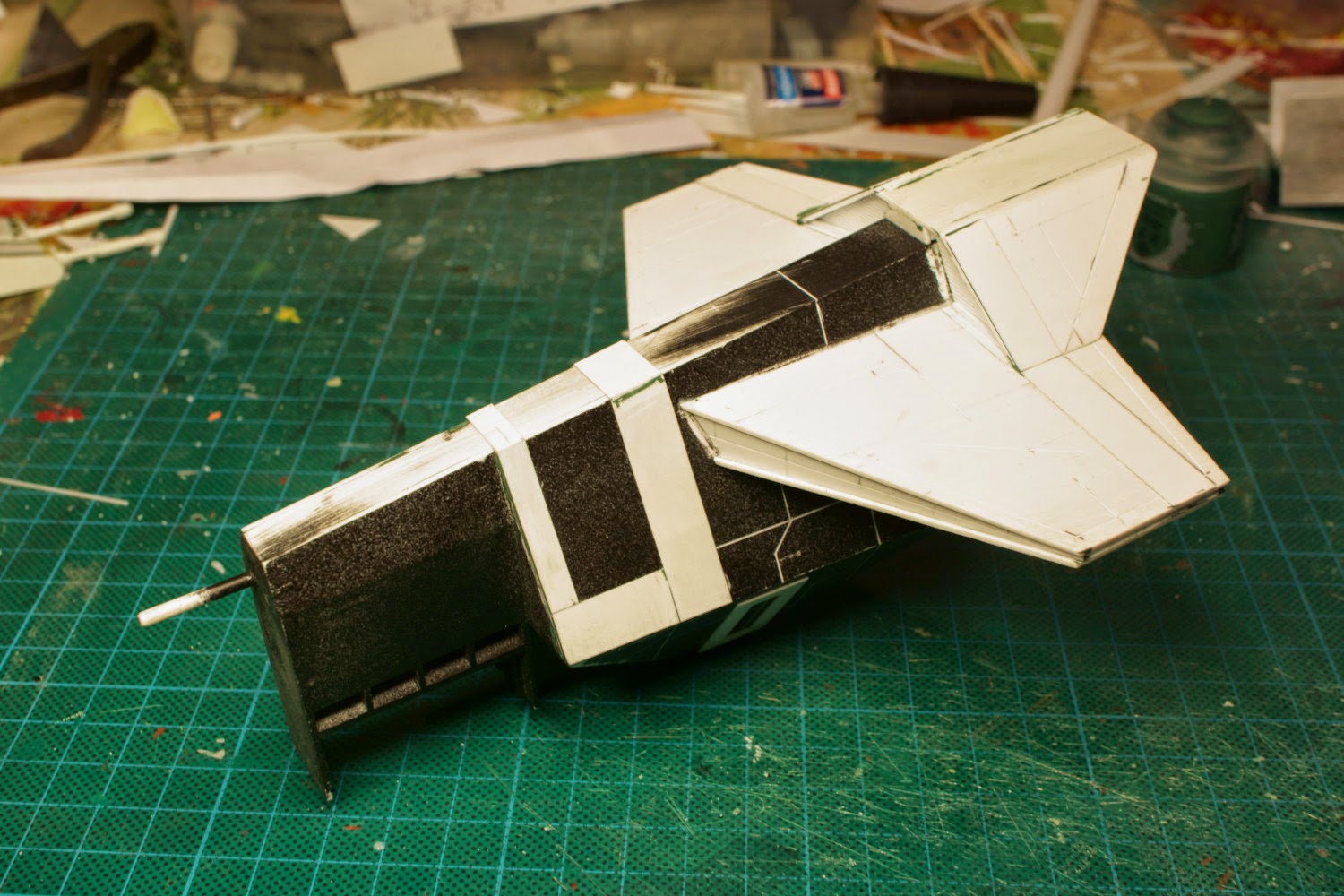 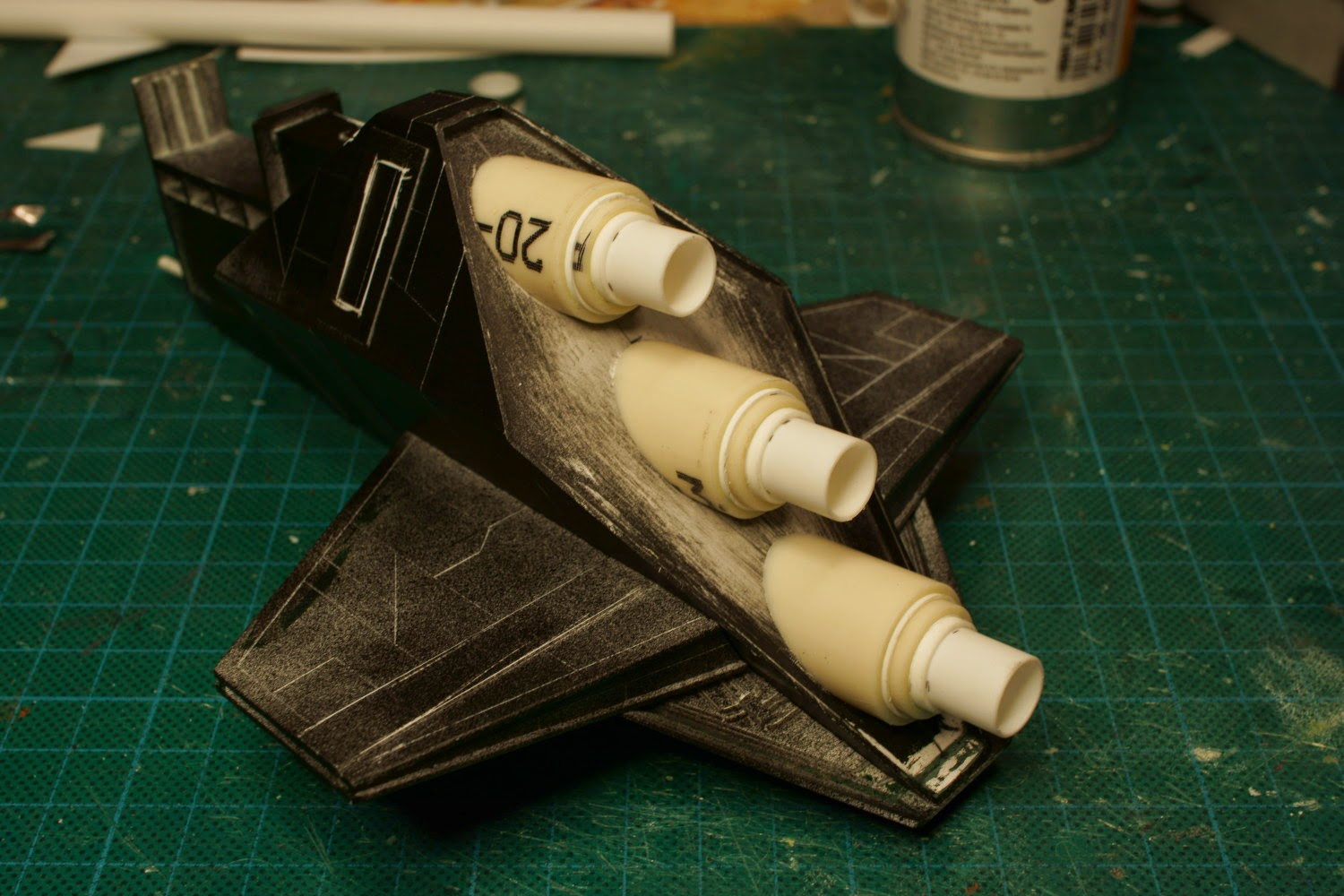 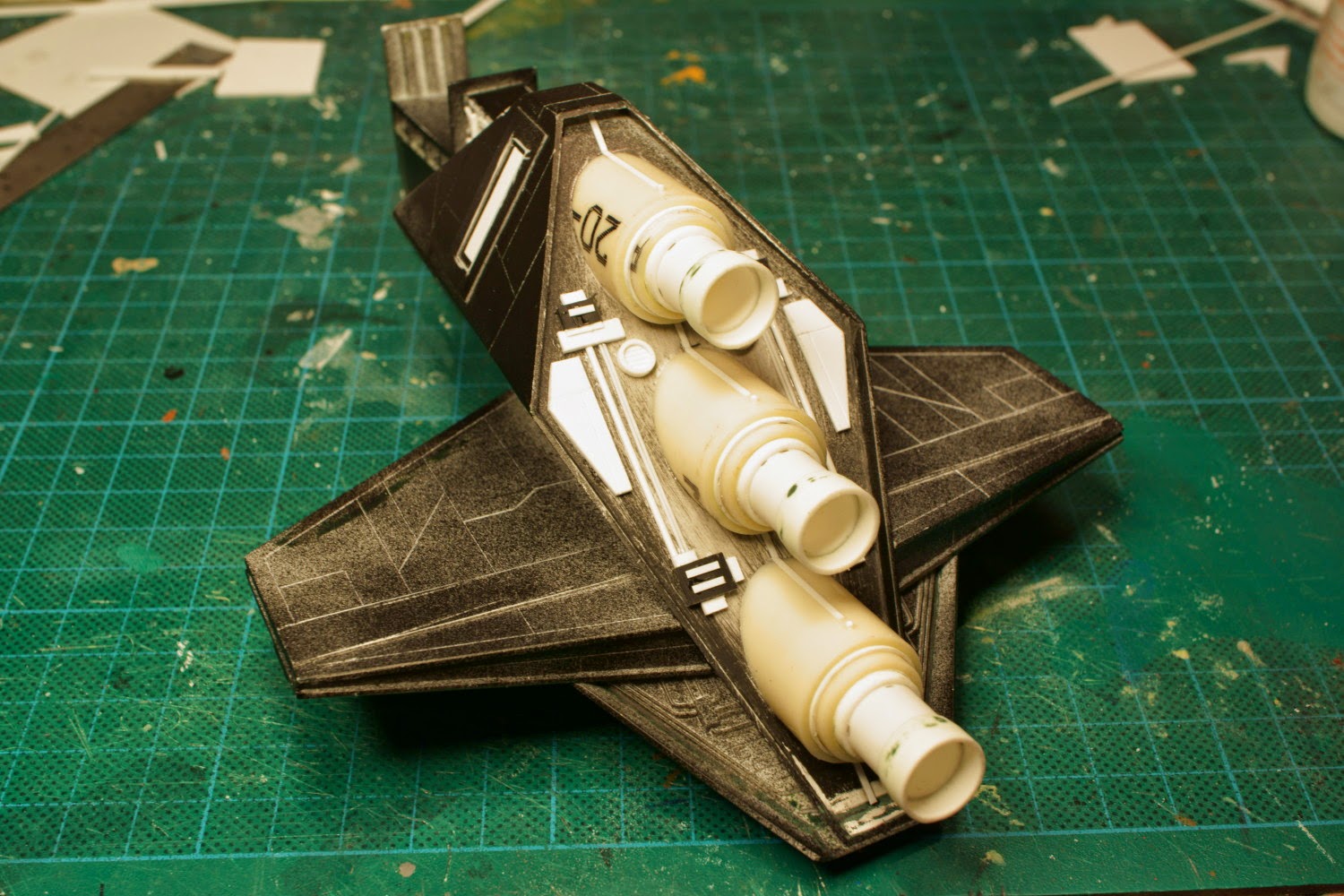 Next, I could finally start adding all the sub assemblies to the ship. Due to all the 'interesting' angles, I had to spend considerable time making sure that every part fit together as intended. 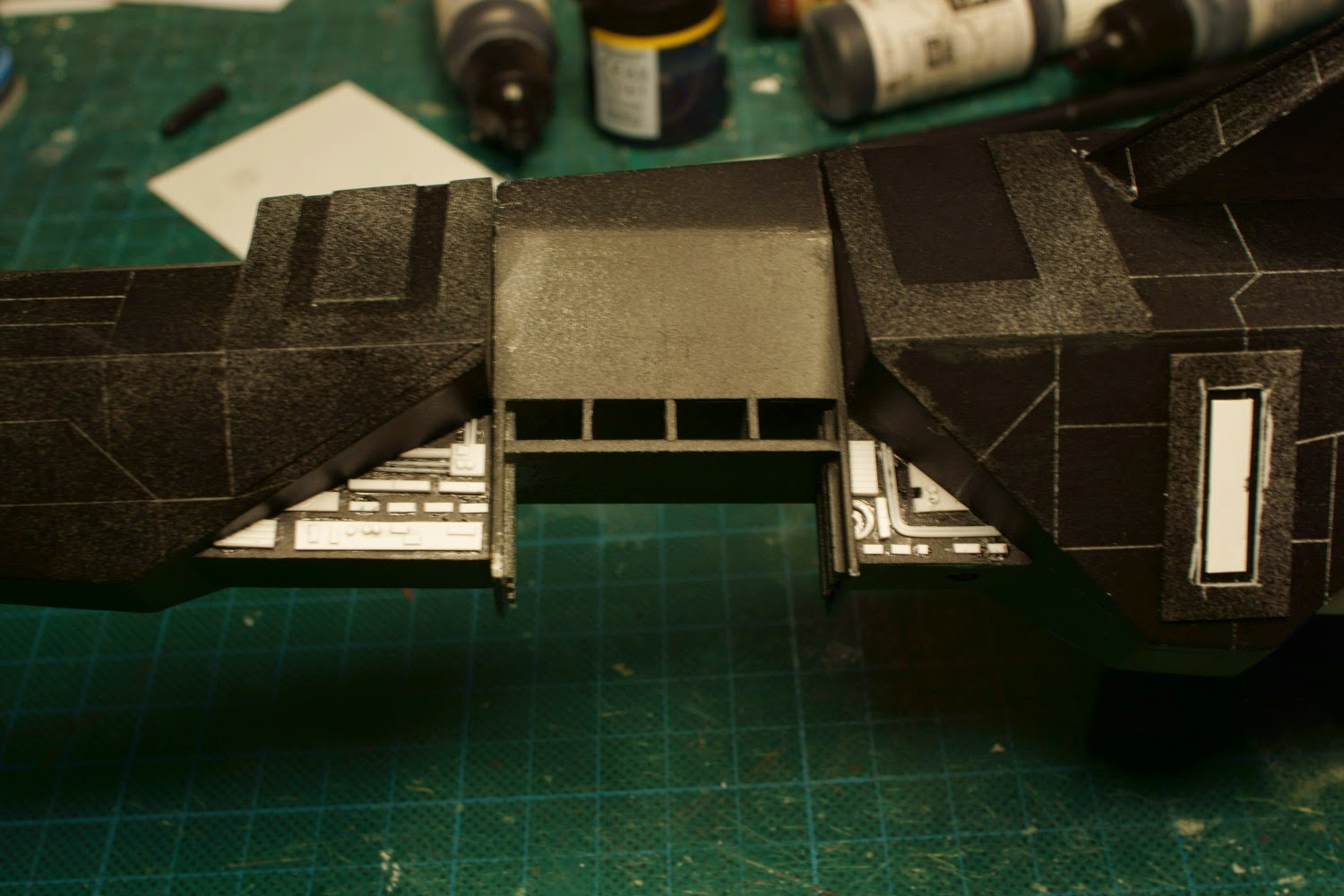 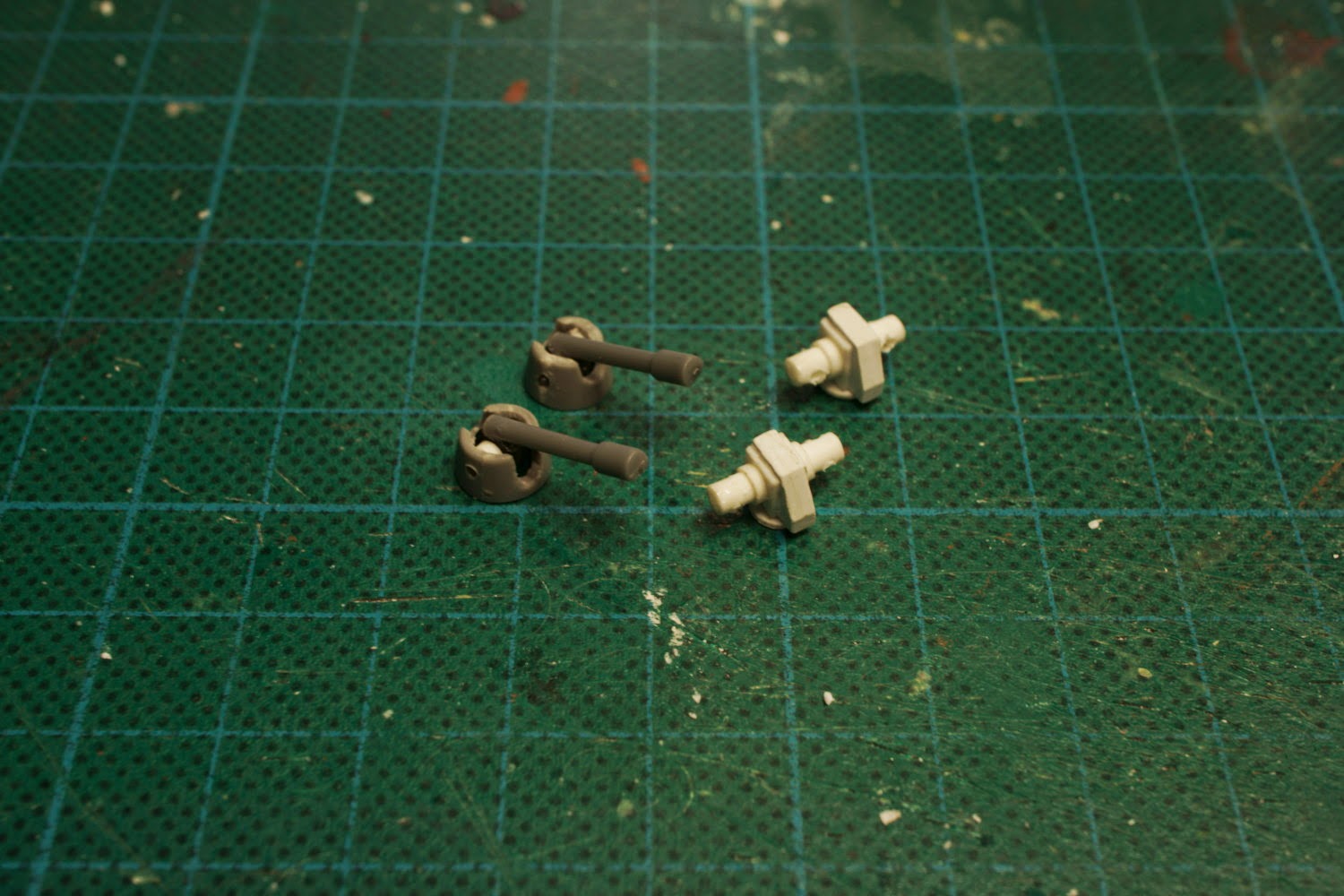 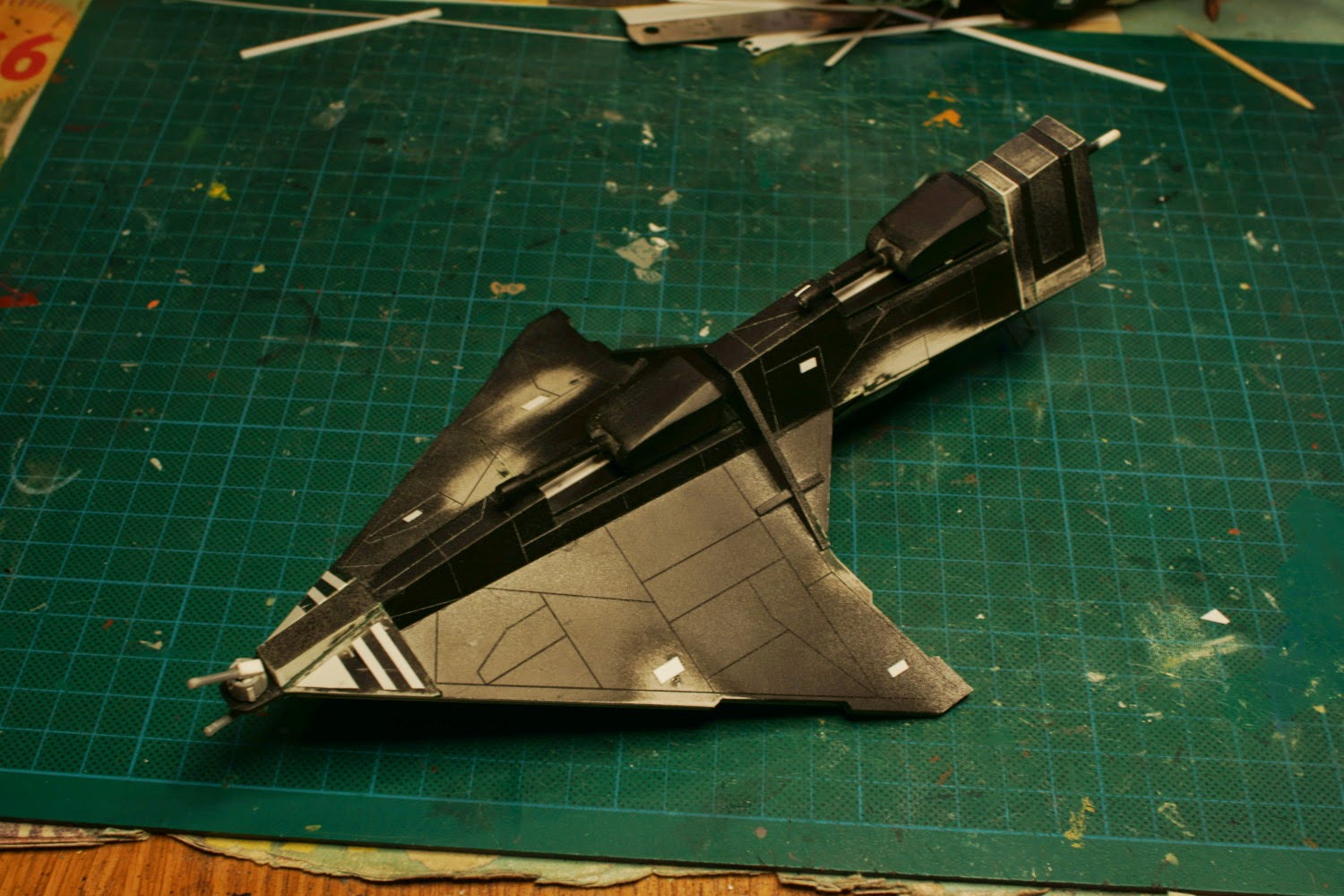 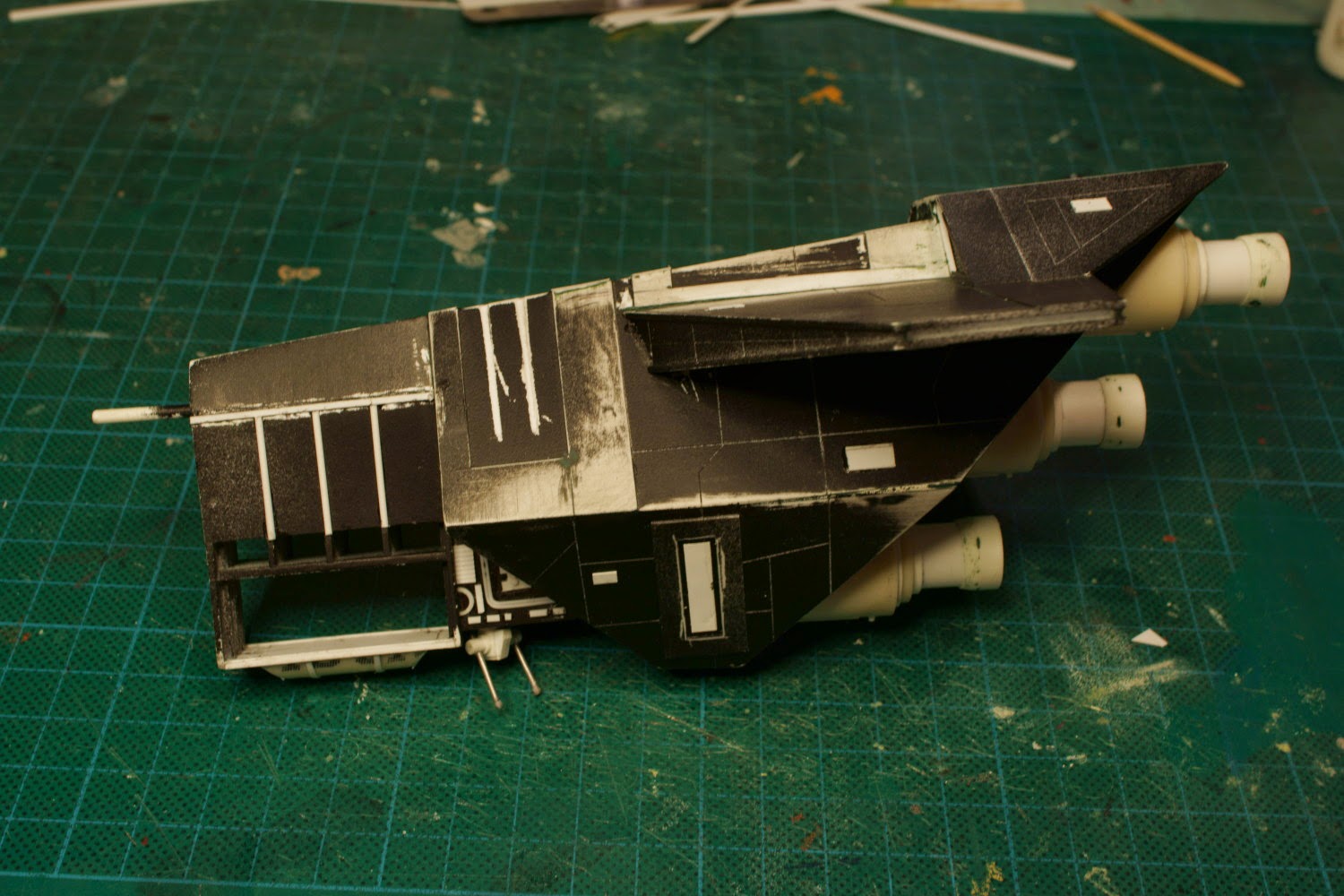 With all that done, only details and the small point defence turrets were left. Unfortunately I forgot to take a picture of the finished turrets but I suppose you get the general idea. All the turrets can be turned and aimed and a total of 15 magnets keep this ship together.

Despite the fact that I built the ship I still have a hard time wrapping my head around it. It's just so damned impressive! May it never face defeat and take part in many glorious victories!
Upplagd av Macross_VF1 kl. 21:58:00