First commission and repaint of a Star Wars: Armada ship! As of right now I have not personally invested anything more in Armada than watching some friends play it, but that may change in the future. Still, it was quite fun to try something new, though I certainly don't see Armada repaints becoming my bread and butter.

As should be immediately apparent, this is basically a small version of my previous repaint of a Tantive IV model. And what a model it is! Despite the tiny size, this may very well be one of the most detailed models I've ever seen. The scale present several problems and challenges that I'm not used to handle. For instance, my preferred method of highlighting doesn't quite work here as it would just look crowded while NMM techniques are quite frankly wasted.

To make matters even worse, the massive base in comparison to the ship's size, skew the colour and brightness balance. Ideally, the ship should have been photographed without the base but that obviously brings another set of problems. Anyway, as always, enjoy! 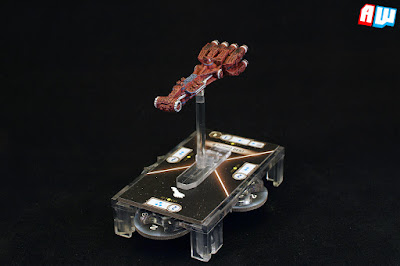 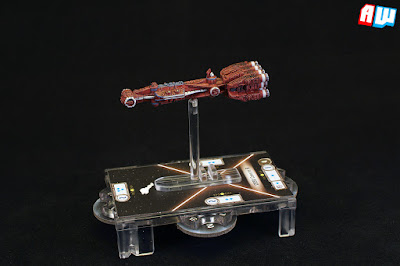 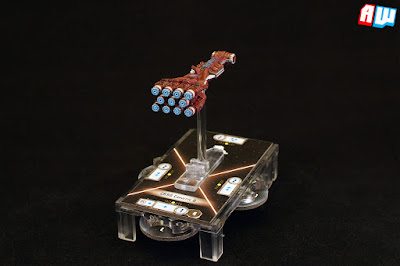 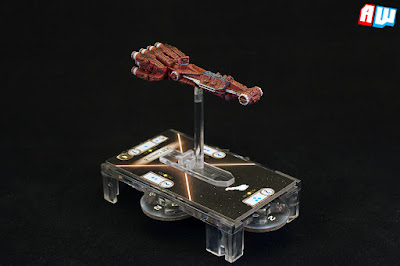 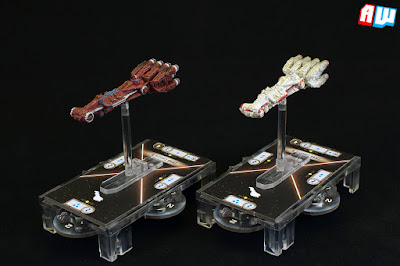