My latest project has been a scratch build of epic proportions, and I don't just mean that it is a ship meant for X-wing epic, but also the size of the damned thing.

I was originally meant to build a so called Pelta-class frigate, however parts of it, especially the cone-shapes on the bridge/front, proved to difficult to build. When the Pelta was shelved, it was instead decided to build an Arquitens-class light cruiser! This ship type originally saw it's debut in Star Wars: Clone Wars though the ship I was supposed to build represented a later version, the Imperial light cruiser, that can be found in Star Wars: Rebels. 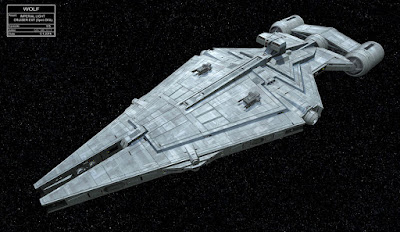 As is often the case when doing scratch builds, this ship lacks some crucial stats/information, in this case its size. My first estimate put it somewhere around 200-250 meters long. However, by using a screen shot of the ship where a Lambda shuttle has docked between the forward prongs, I was able to narrow it down considerably and the final verdict puts it at around 235 meters in length. At 50cm in model form, the scale ends up close to 1/470. 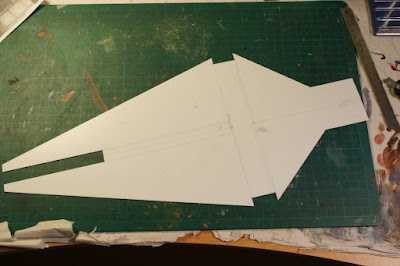 To start the build, I put together several pieces of plasticard to form the basic shape of the ship. This provided me with a nice flat surface to work with. 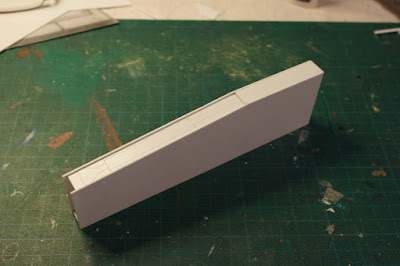 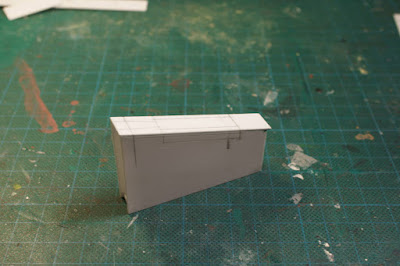 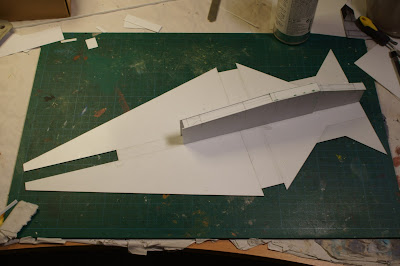 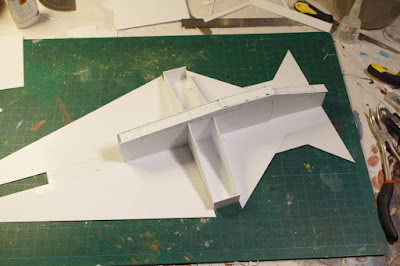 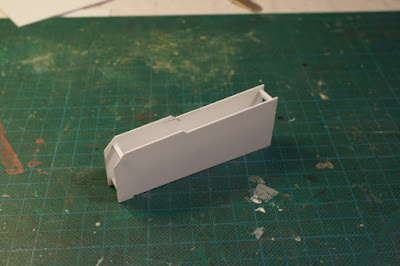 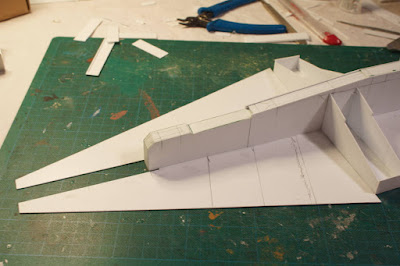 To give the ship some much needed stability I built three structures that would later combine and form a central 'spine' of sorts. With this in place I could more easily add the rest of superstructure. 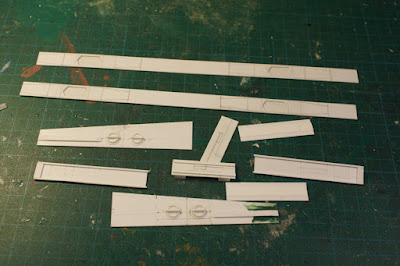 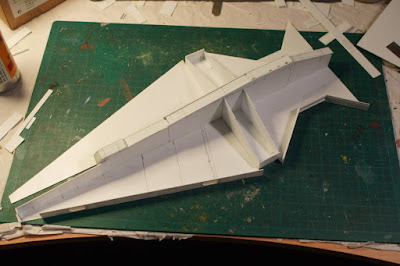 The sides of the ship was next. This helped define the outer edge of the ship and gave the ship further stability. 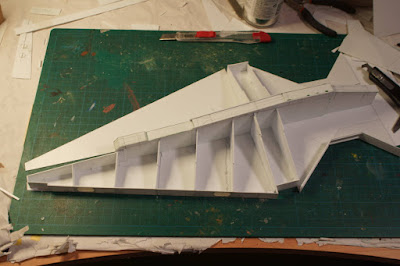 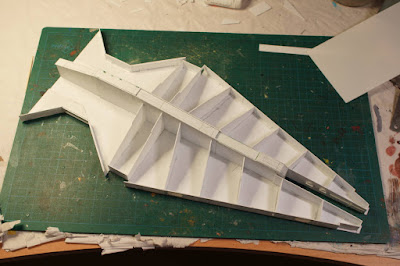 To hold the upper hull in place I had to build several reinforcing struts inside the hull. These were quite tricky to make as I couldn't allow for much in the way of error. 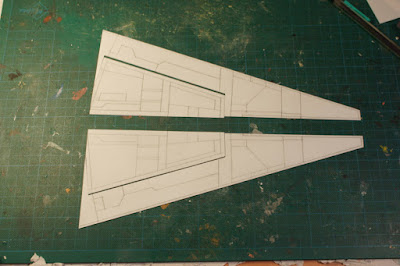 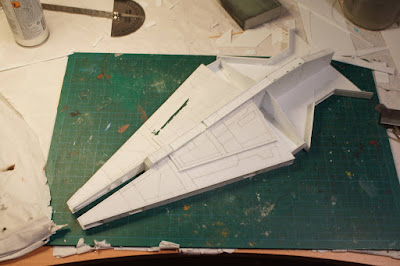 With the inner structure in place I could finally add the outer layer. Unfortunately I made the mistake of cutting the hull in two parts. It would have been much easier to add the raised area on top of the first layer. 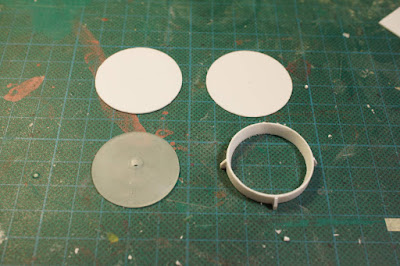 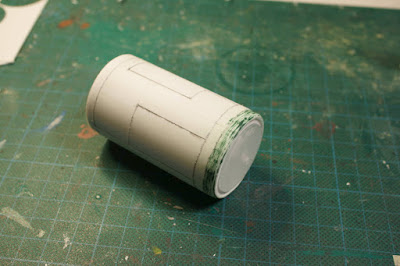 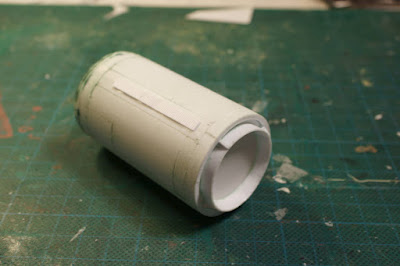 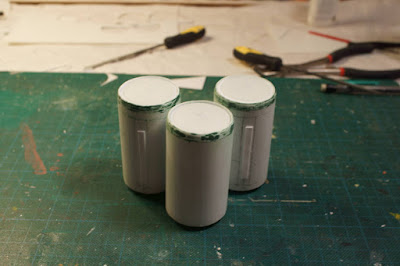 The engines was mostly created using a type of plastic tubing normally used for indoor plumbing. However it proved to be a horrible material for scratch building. The plastic in question is tough, almost leathery, and quite slippery as well.

As a consequence, any cuts or panels lines looked somewhat ragged and uneven. Worse, it didn't at all react with plastic cement and barely allowed super glue any purchase unless the area to be glued was heavily scored first. Avoid at all cost! 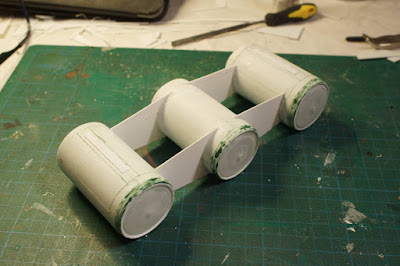 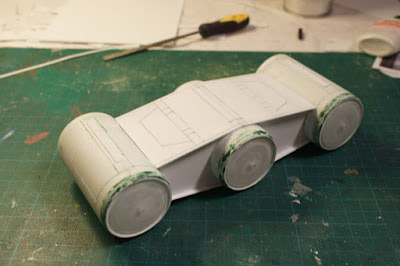 Connecting the engines were both easier and harder than the previous step. Easier, as I could go overboard with the super glue in order to get a bond. Harder because of the high amount of precision needed to get the connecting struts to fit flush against each tube. Almost German level of engineering went into this and I don't mean the emissions testing type of engineering.
Upplagd av Macross_VF1 kl. 22:34:00