This post was supposed to have been uploaded about a week ago, but Christmas got in the way. Darned baby Jesus, still screwing everything up two millennia after the fact.

Anyway, simple ideas are not always as simple as one might first expect. For my recently repainted A-wings, all I really wanted was something quick and decidedly lacking in complexity, so I decided to repaint the normal paint scheme, just to a higher standard. Of course, it wasn't quite as simple as I had first thought. 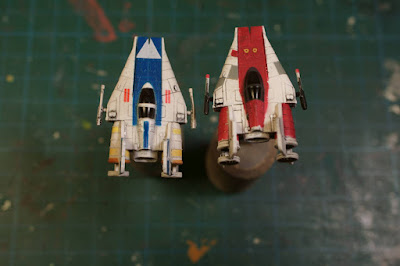 Before painting, I always remove mould lines and look for flaws and imperfections. This time it really paid off as I discovered that the thruster vanes between the engines on the red A-wing were quite deformed. It's not terribly visible on the above picture but the thrusters are decidedly shorter on the red A-wing as I had to cut them down. 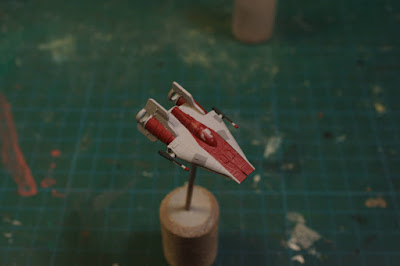 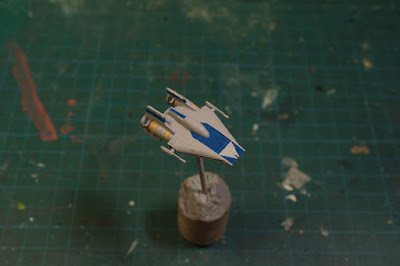 Both ships were primed with Vallejo's grey primer and base coated with a 1:8 mix of VMA White and VGA Stonewall Grey. The red A-wing was detailed with VMC German Grey for the guns and VGC Cold Grey for the darker panels, while the main red colour is VGC Scarlett Red. 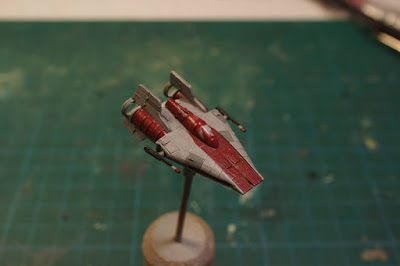 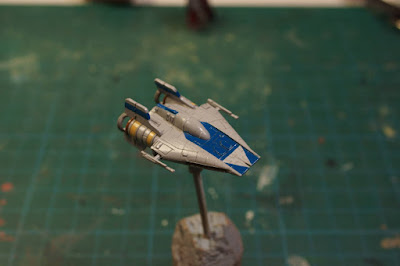 Both ships were sprayed with a layer of gloss varnish. They were later washed with thinned AP Dark Tone Ink. After that I sealed the models with a layer of matte varnish. 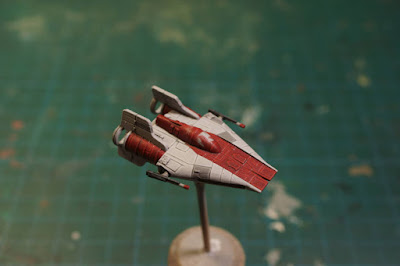 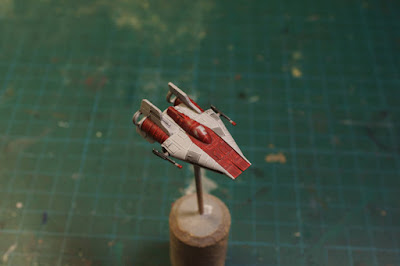 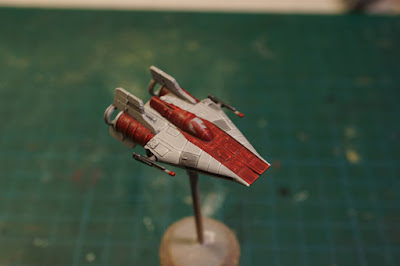 Since both ships were highlighted quite differently (with the exception of the white fuselage) I'm writing the steps for each ships separately. 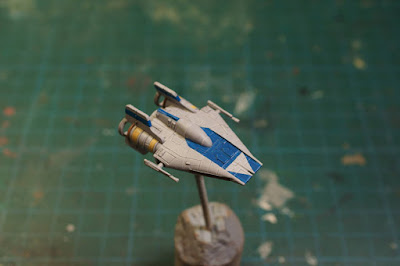 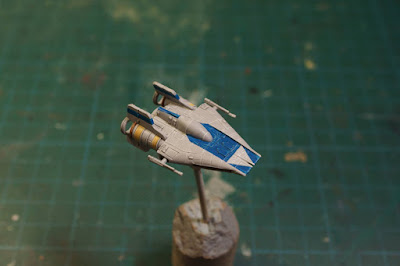 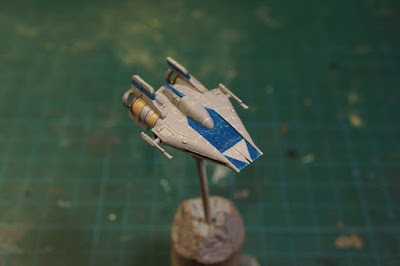 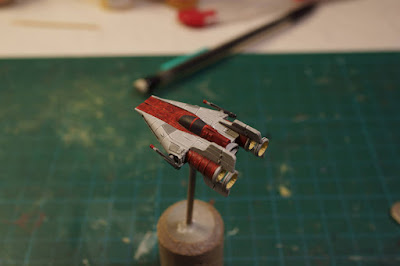 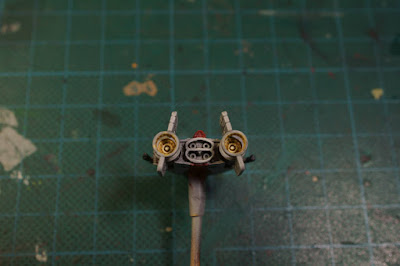 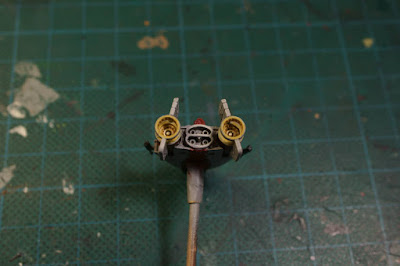 I tried a yellow engine glow this time, despite knowing that yellow is the colour of the devil. At least for painters it is. To get the base of the yellow colour I used a 1:4:3 mix of Plague Brown, AP Demon Yellow, and Matt White. This had to be applied in several thin layers to get good coverage.

For the shade I lightly washed the engines, concentrating on the recesses, with a 1:4:1:6 mix of Plague Brown, Demon Yellow, Matt White and AP Soft Tone ink, plus some water.

When the shading stage was finished I reapplied the first mix and gradually added more and more white towards the middle of the engines. The first mix was also used to create a slight OSL effect around the engines. 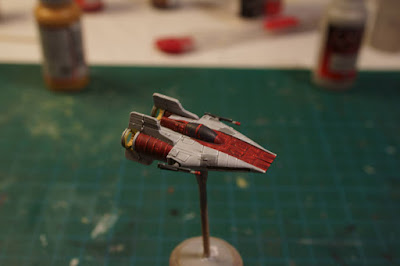 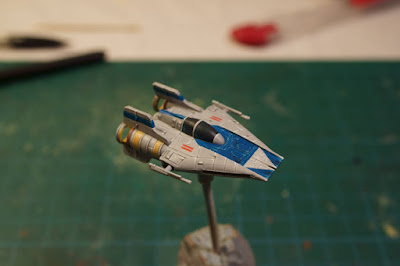 To make the ships look slightly weathered, I added streaks of thinned down Dark Tone ink with some black dry pigments added.