With the Muscle Firespray I had a rather clear goal in mind; make it look similar to actual muscle cars. To that end I knew I had to paint some rather extreme and highly eye-catching highlights, preferably making them almost look metallic. 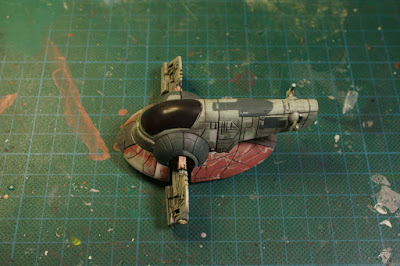 Before painting I modified my Firespray slightly. Basically I removed some greebles to make the hull a bit smoother. I will admit that it's not really noticeable to anyone but myself, but it helped improve the look I was attempting to replicate. 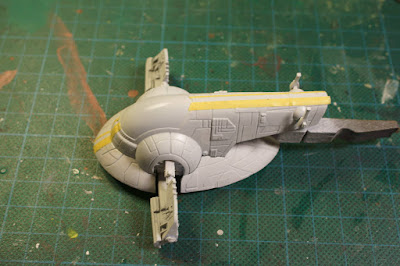 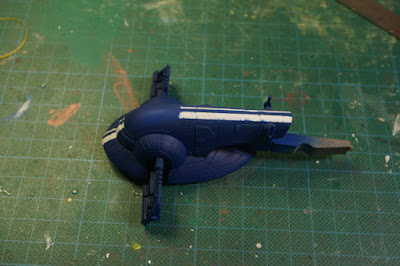 I primed the ship with Vallejo's Grey primer. To get the stripes I airbrushed the front with a 1:1 mix of VGC Stonewall Grey and AP Matt White. The front was then masked off before I sprayed the rest of the ship with VGC Imperial Blue.

Of course the masking tape had not covered as well as I would have liked so I had to go back and repaint the stripes manually. Though to be fair, despite the blue overspray, the stripes were clean enough that the repainting was a piece of cake. 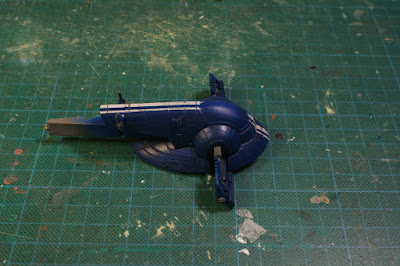 I painted some parts, particularly several things on the back of the ship, with a 1:1 mix of VMC German Grey and VGC Cold Grey. I then shaded the ship using a black oil wash. 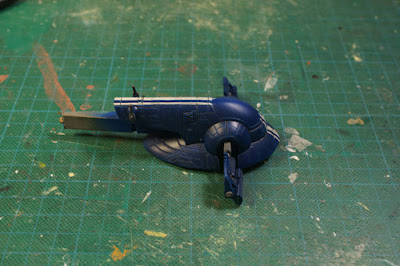 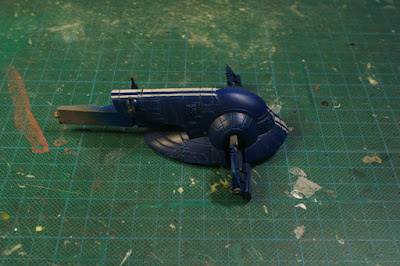 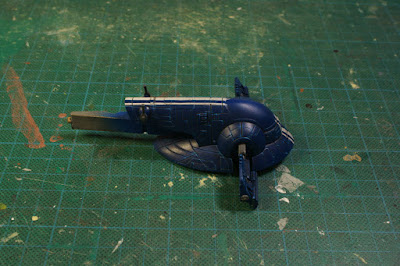 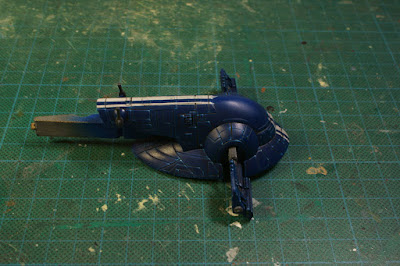 To get the eye-catching blue highlights I started with a 3:1 mix of Imperial Blue and VGC Magic Blue. I painted this on just about every panel line and edge I could find. The second highlight used the same colours, only using a 1:1 mix and the third highlight was more of the same only using a reverse mix (1:3).

The fourth highlight was a 2:1 mix of Magic Blue and VGC Wolf Grey. I painted this mix only on the top edges of each panel. For the fifth and final I painted pure Wolf Grey on the most prominent panels. 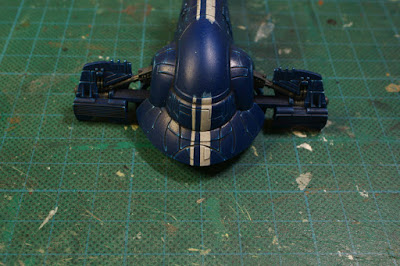 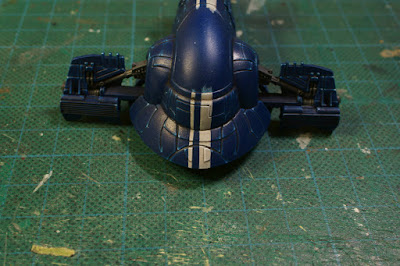 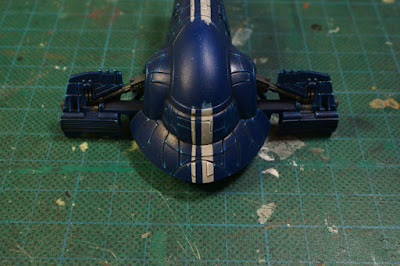 Due to the stripes already being quite white to begin with, I had a difficult time to highlight them. Should have made them slightly darker. Anyway, the first highlight was a 2:1 mix of Matt White and Stonewall Grey, while the second used a 3:1 mix instead. The third one was pure Matt White. 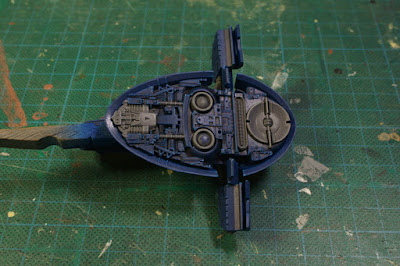 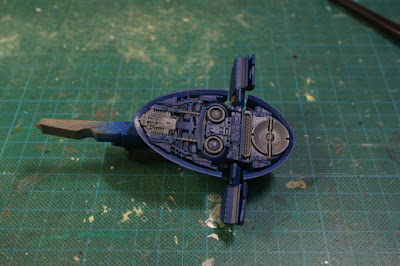 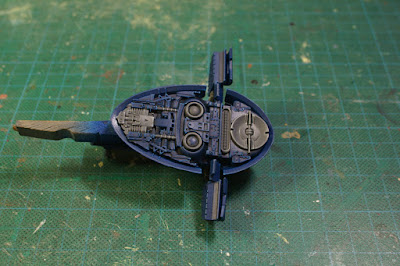 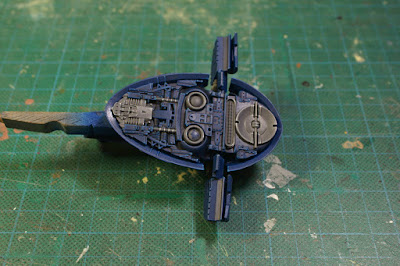 I tried to give the areas painted with dark grey a basic NMM treatment starting with a 1:3 German Grey and Cold Grey mix, switching to Cold Grey, then Stonewall Grey and ending with pure white. 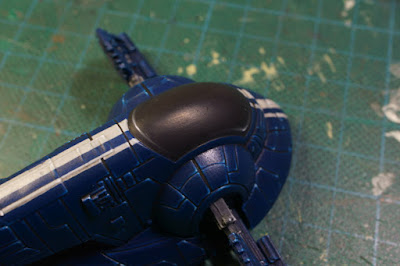 The cockpit window was similarly painted to the mechanical bits, only I base coated the window with a 1:1 mix of AP Matt Black and German Grey. For the reflections I started with the basecoat with a small amount of German Grey added and gradually worked myself up to pure white. 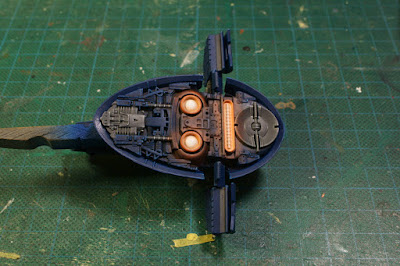 The engine glow started as a 1:1 mix of VGC Dwarf Skin and Matt White. For the middle of each engine I used pure white. For the surrounding glow I first used a 3:1 mix of VMC Orange fluo and Dwarf Skin followed by pure Orange Fluo.

I'm honestly not satisfied with the OSL effect though to be fair it was the first time I did this kind of freehand painting using an airbrush. Still, the glow is fairly effective so the actual colours used was apparently the correct choice.
Upplagd av Macross_VF1 kl. 22:01:00