Scummier than thou - A store championship report

And so the tournament season has begun again. For the first round, the store championship, I wasn’t exactly sure what squad to use. I first wanted to bring a brobot list, however I’m in dire need of further training with that kind of list. My second idea was to re-use the same list as the previous season, ‘Corran and Ten’s Amazing Duo (and a B-wing)’ but ultimately didn’t think it would be worth it due to all the stresshogs and TLTs that were bound to appear.

In the end I decided on something new, a simple scum list with low PS, lots of hit points and fairly few upgrades. With that in mind I created my latest tournament list, ‘Scummier than thou’.

Anyway, the strategy was fairly simple, the Pirate would go first, soak some damage and hopefully survive long enough to block and use its feedback array. If the circumstances necessitated it, it could also act as a break for the YV-666 and block its speed for the first few turns. I certainly didn’t expect it to do much beyond this and anything else would be considered a bonus.

The TLT Thugs would skirt the edge of the main battle, staying at range 3 and slowly grinding down the enemy. The unhinged astromechs would help them stay at the preferred range and enable swifter escape when needed.

The Trandoshan Slaver was the heavy hitter. The Bossk/Gunner combo is especially dangerous as the first shot will easily strip tokens or if the attack missed/was evaded completely, will allow me a second, fully modified shot. It is a rare day when this ship does not get it’s full number of hits.

As should be immediately apparent, this is a list that lacks a lot in complexity but makes up for it in simple effectiveness and hit points. I’ve always felt that hit points are more reliable than green dice. Sure, you know the ships will go down, but unlike token laden aces, you’ll rarely be surprised by blank dice results. In fact, any successful evades are only positive side benefits.

Also of note is that I built this list with stresshogs in mind. Sure, stress would hinder me, but not as much as most lists. The TLTs rely more on lots of thrown dice than modifiers and the Slaver brought its own set of modifiers, independent of stress. In keeping with this theme I also selected the three biggest Debris tokens I have. I could happily park my ships on those as I didn’t really care about the stress they give. 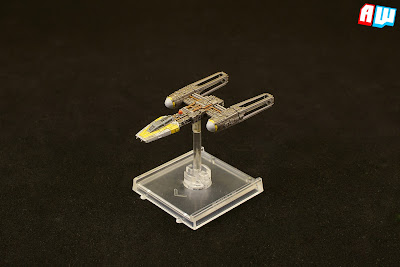 My first opponent brought a TIE swarm! Never had to face one of those before. Now as this was a store championship, lots of the local talent showed. As such I knew the guy and I’ve faced him in battle on a few occasions. He admitted that he was perhaps not the most experienced swarm player around and his tactics reflected this.

He deployed his Academies along with Howlrunner on one flank and let the FOs roam more freely in the middle of the deployment area. Not a bad idea in and of itself, but he quickly broke off Howlrunner from the main formation and let her also roam free, while the Academies spent far too long going down the flank before they turned in to engage.

By then I had managed to kill one of his FOs and gotten in fairly optimal positions with all my ships, even my Pirate, who proceeded to do a nice block on the main TIE formation. In short order I killed two Academy TIEs for the loss of my Zed, all while his Howlrunner really wasn’t in position to help. It also helped that the rest of my ships hadn’t taken much damage during the first few turns.

With a clear advantage I proceeded to dismantle his ships mostly at my own pace and on my terms. I did loose a Y-wing before the battle was over, but that could not stop me from winning the game. 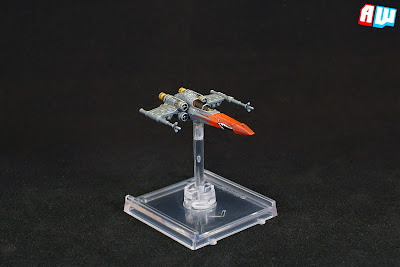 The second match was against a good friend that has a pronounced tendency to bring lists focused around specific ideas, pilots and/or gear and this time was no different. Basically he wanted to see if scum Boba Fett could be made into a decent Advanced Proton Torpedo carrier. His idea was fairly solid but I’m not sure how well it performed in practice.

Advanced Proton Torpedoes or not, Boba is still a credible threat and I had to kill him as quickly as possible. With that in mind I tried lure my opponent in by offering my Pirate as the first target, possibly even blocking his Boba. That didn’t work out as planned and some seriously blank dice left my Pirate quite dead before he could contribute much to the battle. Still the sacrifice wasn’t completely wasted as my TLTs and the Slaver did some damage.

The next turn proved pivotal as he tried to manoeuvre Boba close enough to one of my Y-wings for a range one shot and thus an Advanced Proton Torpedo up the bum. However he was a hair out of range and his normal attack didn’t do much damage either. I then poured all my remaining fire power into his ship and down it went. Of course, as we remembered later, he completely forgot to use Boba’s special ability, something that could very well have changed the outcome. Anyway, he managed to bring down my Slaver to half strength but that was about it as his other two ships couldn’t offer much resistance. 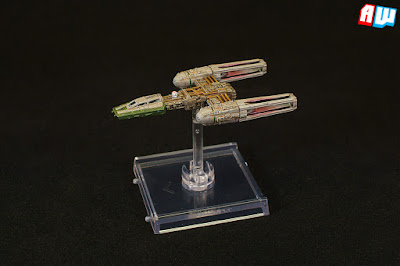 The third opponent for the day brought a list that I very much approve of. Lots of HP and simple, yet effective ships. Of course, I had built my list to not care about stress so I wasn’t really bothered about his stresshog, however a hog can still do good damage against low agility ships so I couldn’t disregard it completely.

Since both of us had pretty much the same PS on our ships, initiative proved important. In this case I managed to get the initiative and I deployed both the Pirate and Slaver in one corner, while the Y-wings was deployed in the middle. My opponent deployed all his ships in a in square formation, in the corner across my Slaver and Pirate.

For the first few turns we both slowly approached each other. When I felt I had managed to get my ships in position I rushed forward with the Pirate, trying to block his formation. Unfortunately I was slightly off in my estimation but the Zed managed to survive the first turns of fire before it ultimately died, though not before I managed to down one of his B-wings. My Slaver died a few turns after that not having managed to contribute much to the battle, though the turn after that I killed one of his Y-wings so we were once again fairly evenly matched.

At this stage the unhinged astromechs really came into their own as the superior manoeuvrability they afforded me made it easy to stay at range 3, taking whatever shots of opportunity I managed to get. Usually this meant that I couldn’t concentrate my fire, but on the other hand my opponent could seldom bring both his ships to fire in the same turn.

With both sides slowly grinding themselves to dust, I managed to kill his stresshog, though one of my Y-wings followed shortly after. With only a B-wing on his side and a Y-wing on mine, I managed to bring the game to a close by finally finishing off his remaining B-wing, though with only 5 hit points left on my ship. 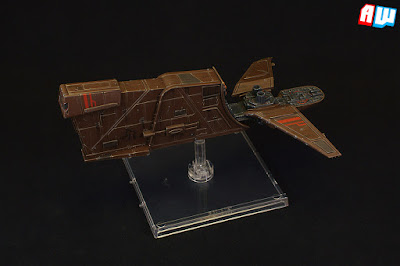 The final match saw me facing a list I wasn’t completely sure how to tackle. Poe can certainly be a nasty git but I know how to handle him. However I had never faced Ello Asty, nor had I ever seen Dutch Vander used together with Poe, or much used together with higher PS pilots in general.
My deployment was pretty similar to the third match, with the Pirate and Slaver in one corner, and the Y-wings in the middle. My opponent put Dutch and Ello in the middle and Poe on the corner diagonally across my Pirate and Slaver.

My first few turns consisted of my Slaver and Pirate working their way up the flank I had deployed them on, while the Y-wings made a right turn to catch up to the Slaver. My opponent turned into the middle with Poe, most likely trying to reach the battle in time, while he kept Dutch slightly behind and sped towards my ships with Ello.

As usual I tried to present the Pirate as the first target and amazingly it survived quite a bit of fire for two turns while still managing to bring down one shield on Ello. By then I had turned my Slaver towards the middle, with the Y-wings speeding up behind it, staying at range three. I unloaded all my fire power into Ello, bringing the ship down to one HP left. My Pirate, also having one HP left, used its feedback array to finish Ello off.

The next few turns saw me killing Dutch, without suffering much damage in return, though after that I had to spend several turns turning my slaver around so it could draw a bead on Poe. Meanwhile, Poe did his best to catch up to my Y-wings, doing his best to bring them down. Though one of them did die in the end, by then my Slaver had once again reached position and could pound Poe into the dirt.

Four consecutive wins and tournament winner! Didn’t expect that, though the list worked pretty much as intended. Looking to the future, it’s going to be very interesting to modify it using the coming scum crew options. Dengar, 4-LOM, Zuckuss and Boba crew can all contribute with some interesting combos and/or effects, though I will probably have to drop the Pirate’s feedback array. In any case I had a fun day, and the next tournament promises to be even more fun!
Upplagd av Macross_VF1 kl. 23:12:00