My latest project has been a scratch built Wayfarer-class medium transport. What's that you say? I've already built one? How very astute! Yes, I did build one last year but there's one major difference between that one and the current ship. The first disregarded the Wookiepedia entry for length and this does not making the ship epic sized!

The commissioner for the original Wayfarer made the argument that the Wayfarer couldn't be 82 meters long as that would give it odd proportions and I was inclined to agree. The epic sized version I've just completed has certainly not changed my opinion on the subject, but hey, it's Star Wars and just about anything goes. At least as long as it's not called the Sun Crusher. 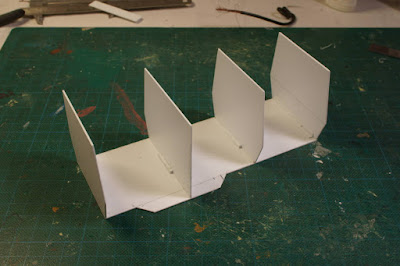 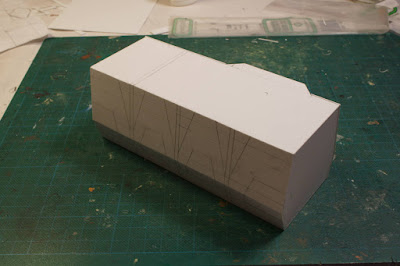 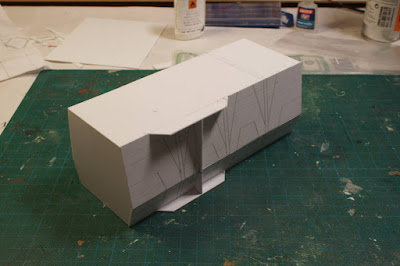 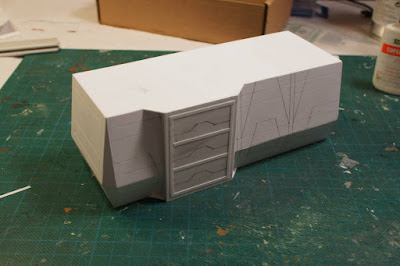 As this build is essentially an up scaled version of the first ship, much of my methods and solutions for problems remain the same. As such, I consider the first build guide a much needed companion piece to this and I will really only detail the major differences.


Anyway, just like the first ship, I started with the container/cargo pod. It's built much more robust, using more internal reinforcing struts, and overall using thicker plasticard. This was needed in order to support the additional size and weight. 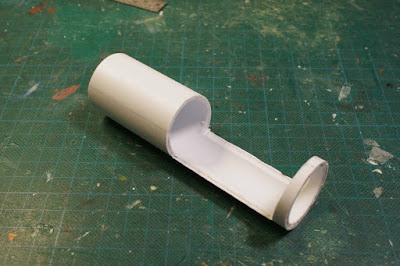 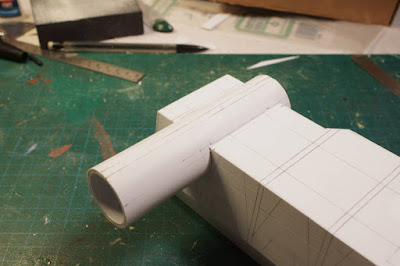 The docking arm was difficult to get right on the first build but it was a bloody piece of cake compared to this version! To get the proper diameter I had to use a 32mm tube of a notoriously difficult to work with plastic, and wrap it with 1mm thick plasticard. No easy feat I can tell you! 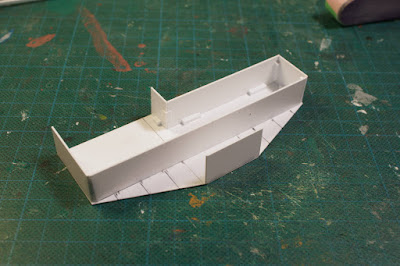 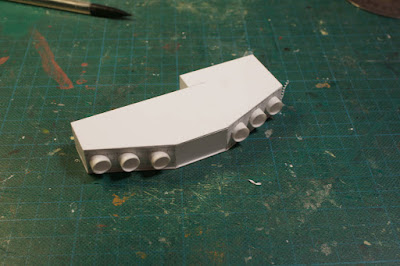 The engine array/rear of the ship was simplified and the engines do not protrude as much as on the first ship. Unfortunately I made small miscalculation somewhere and made the entire thicker than I had first envisioned. Not a huge oversight but it would not have happened if I had written down better and more detailed notes when I built the first ship. 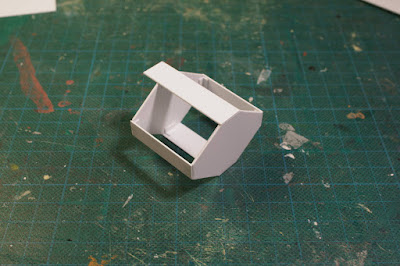 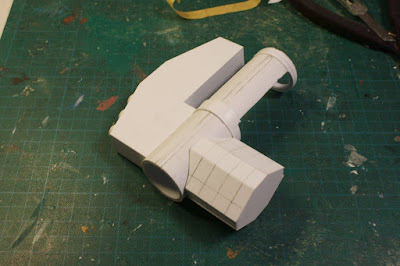 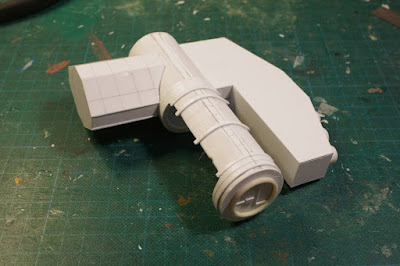 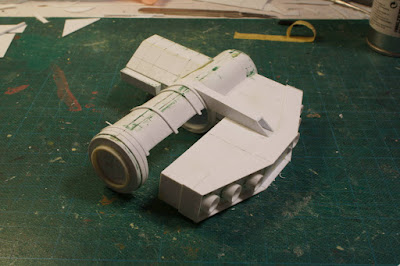 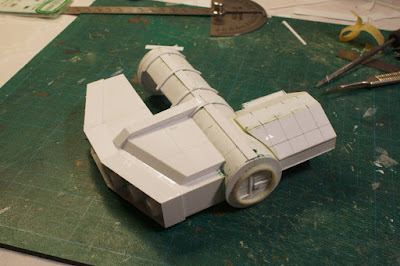 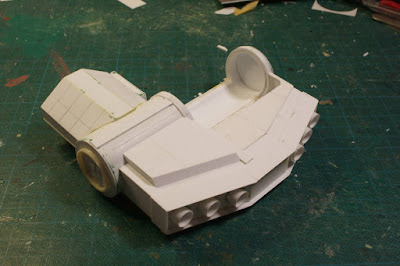 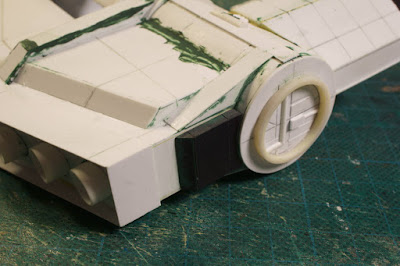 The crew quarters and most of the smaller structures surrounding and detailing the engine array and docking tube follow pretty much the same designs as the first ship. 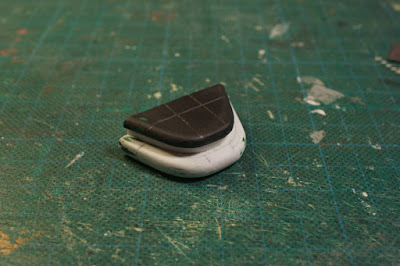 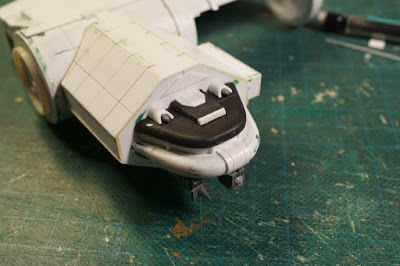 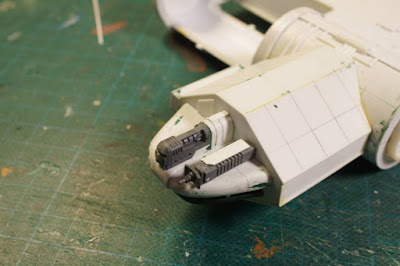 Likewise, the bridge was built using the same methods as the smaller ship, only using more/thicker plasticard. The bits used however do differ. While still taken from Warhammer 40k models, these come the newly released Adeptus Mechanicus range. I find that they fit well with the industrial style of Sci-fi that many Star Wars models feature. 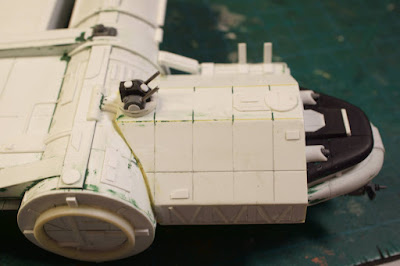 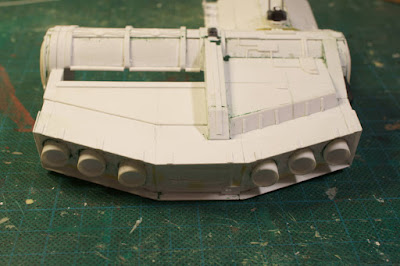 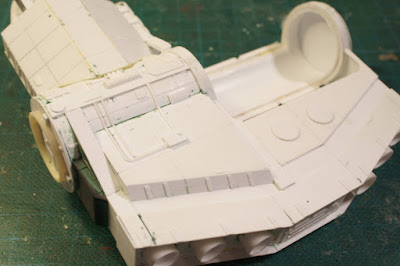 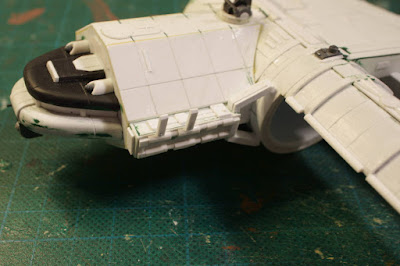 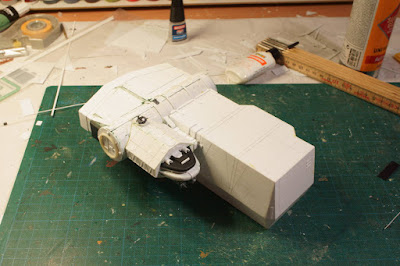 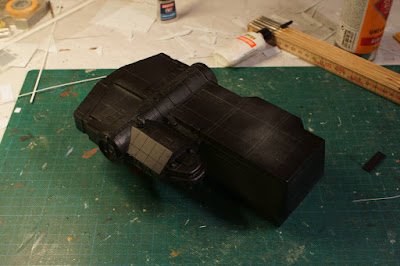 The minor detailing was very similar to the first ship as it was mostly just a case of looking at photos and copying what I had previously done. The only major difference are the docking 'claws' on the left side of the crew quarter, where I tried going for something more true to the original artwork. While I don't think I quite succeeded, I still feel it's an improvement over the first version.
Upplagd av Macross_VF1 kl. 21:57:00