It's certainly been a while since I last posted anything but I've finally found the time to so something about it. Real life can be such a PITA sometimes. Anyway, here's how I built my Ikaruga fighter


Turning a StarViper into an Ikaruga fighter was on paper perhaps not one of my greatest ideas. Both are rather unconventional in design and do not really share any features besides some basics, like a pair of guns and a cockpit. Still, I knew I just had to do my best to make it a reality. When inspiration strikes you do not hesitate, you forge ahead. 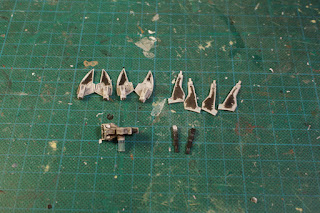 I was planning on making use of as much as possible of the StarViper and that meant 'careful' disassembly. Remember kids, violence is only bad when it happens to you! 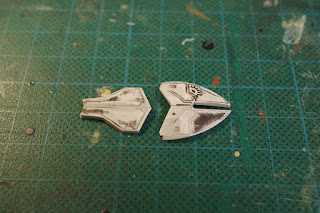 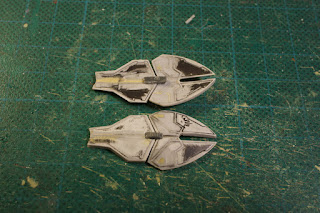 The wings were reassembled into larger pieces and given a new lease of life as the outer panels/armor of the Ikaruga fighter. Somehow they didn't end up looking the same as when I had envisioned them in my head but I can't really complain about the end result. 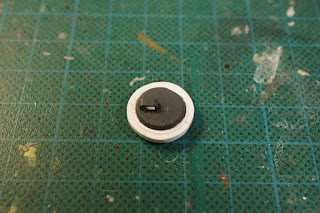 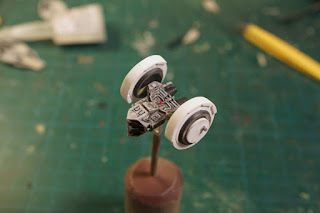 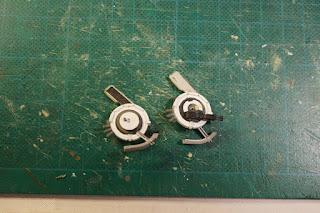 The 'wheels' as I like to call them were definitely important to the ship though they are certainly an odd feature. Anyway, underneath a core of plasticard they feature an interesting mix of pieces sourced from several different models. See if you can spot them all. 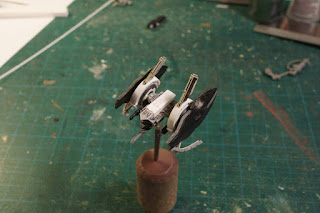 With the outer pieces completed I cleaned up the middle, gave it a bit of extra armor and added the oh so important chin sword. Seriously, I'm fairly certain only the Japanese would find it logical to add a sword to a space superiority fighter. Never nuke a country twice.