The paint job on my Ikaruga was directly inspired by pictures of the ship I found on the interwebz. However, as it turned out, there are a few different versions of the ship and I managed to mix them up in my head. While it didn't matter in the end, remember to do your research! 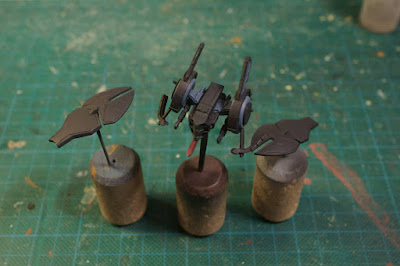 The ship was first primed with black followed by a 1:1 mix of VMC German Black and AP Matt Black. I picked out the sword with VGC Scar Red and the exposed 'innards' of the ship with VGC Sombre Grey. 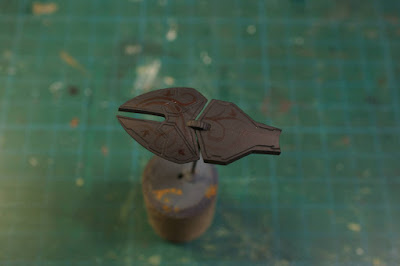 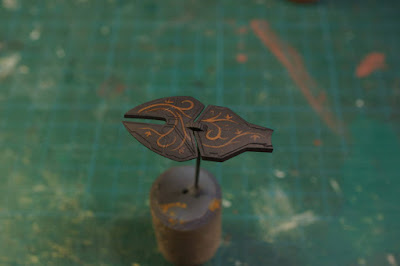 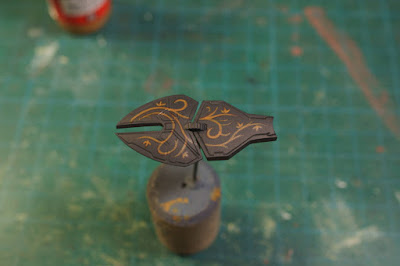 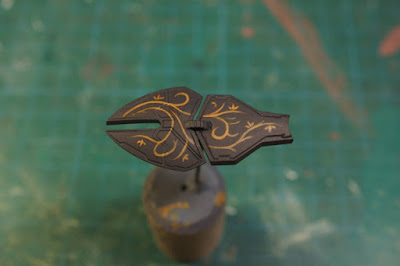 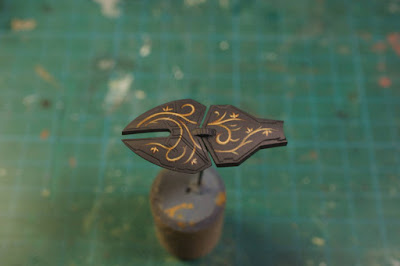 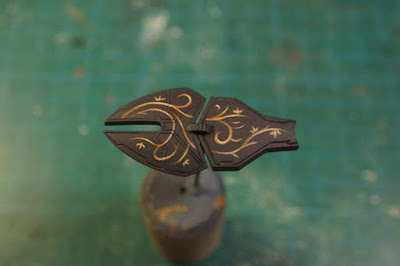 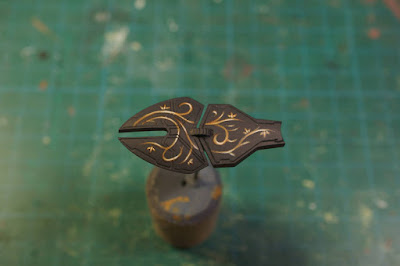 The Non Metallic Gold recipe I used for the flowery patterns on the wing shields is an old friend of mine. The last time I used it I painted an HWK-290 almost entirely using NMM techniques.

The colours/mixes go in the following order:


As can be seen in the pictures above, the first couple of stages didn't place any high demands on precision. However, for each subsequent layer, I had to be increasingly careful. The last one, the white colour, was applied as little more than small oblong dots. 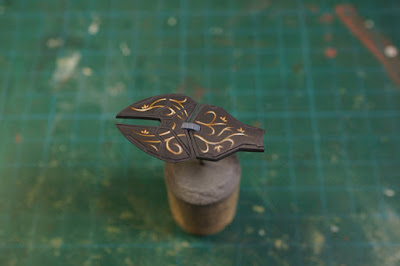 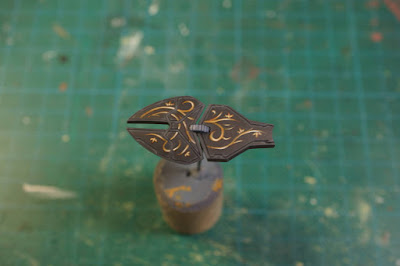 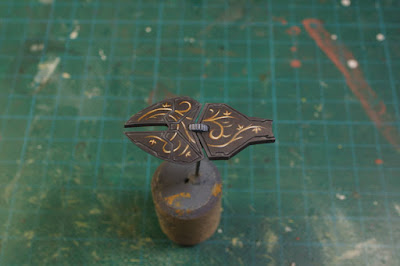 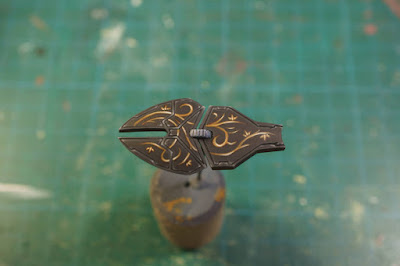 I shaded the ship by carefully painting every nook and cranny with AP Dark Tone ink. Unfortunately due to the rather dark basecoat it's not very visible in many places.

Highlighting the black basecoat and the blue/grey areas was done in four stages for each colour. 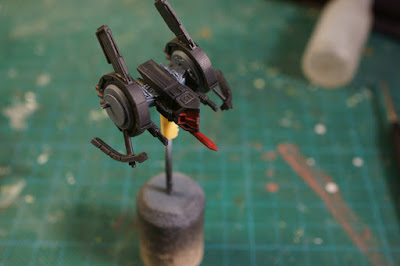 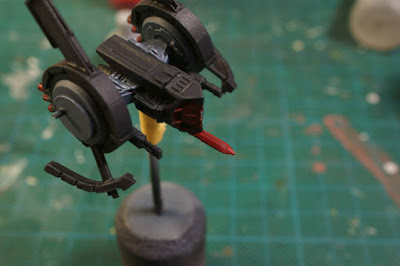 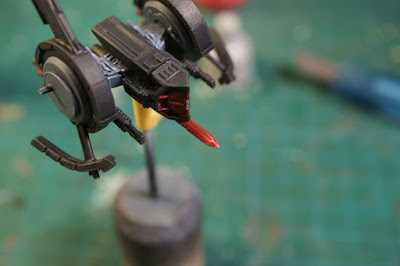 The sword, cockpit windows and some other minor details were further painted with a 1:1 mix of VGC Bloody Red and Scar Red, leaving the starting coat visible in the recesses. For highlight I started with Bloody Red and gradually mixed in some VGC Dwarf Skin. For the very final layers I also mixed in some white, taking great care in making sure the final result didn't look pink. 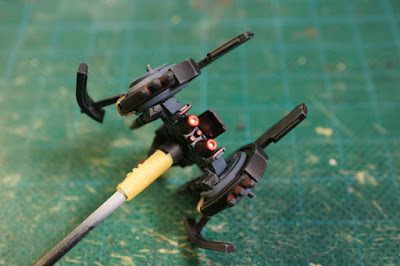 The engine glow was similarly painted to the sword though using far more Dwarf Skin and also VGC Hot Orange. I find red glow to particularly difficult to do so I'm actually rather pleased with the final result.
Upplagd av Macross_VF1 kl. 22:34:00