Painting the Arquitens Mk2 turned out to be surprisingly similar to painting the first ship. And not only because it is basically the same model.

Like the first one, this was supposed to be a ship that had seen service patrolling the space lanes, but had not really seen any action. Only real difference compared to the first one was the choice of colours, republic white and red compared to imperial grey. 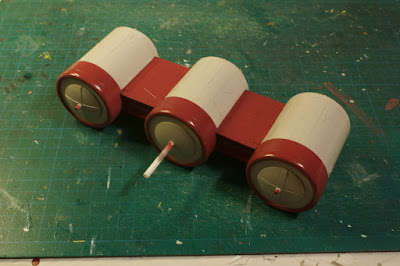 I used a 20:1 mix of Vallejo's grey primer and VGC Khaki for the first layer of paint. This also conveniently formed the base coat for the model.

However, the red secondary colour was difficult to get right. I had to spend considerable time testing out several mixes before I was satisfied. In the end I went with a 1:1:2:5 mix of VGC Cold grey, VGC Dwarf Skin, VGC Gory Red and VGC Scar Red.

For any windows (turrets and the bridge basically) I simply painted with VMC German Grey. 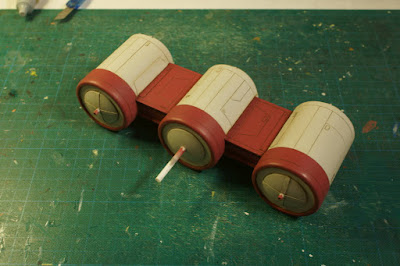 With that done I airbrushed the ship with a few layers of gloss varnish in preparation for the shading stage. I made a brown oil wash with a dash of black added into the mix and applied it to all recesses. When dry I removed the excess using q-tips dipped in white spirits. Finally, I sprayed a layer of satin varnish in order to seal the wash. 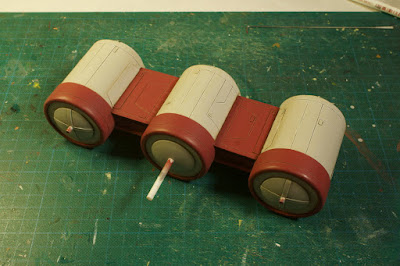 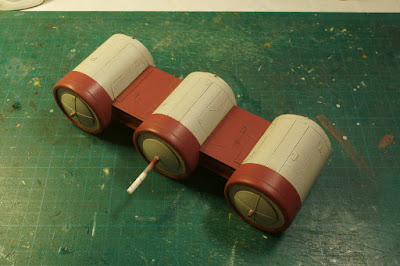 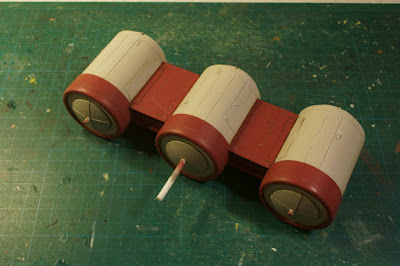 The red parts were highlighted in three stages:

The white main colour was also highlighted in three stages:
Why Air White for the first two stages? Pure laziness actually. The Air colour needs little to no diluting and yet remains quite translucent despite this. It is therefore quite useful in some circumstances when you don't want to do a lot of mixing. For the last highlight you will notice I switched to a more opaque white. 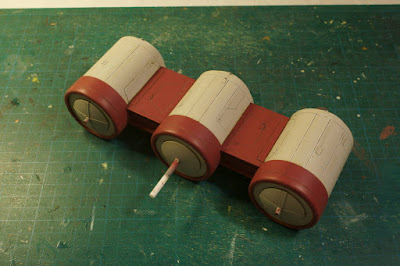 While the oil wash had made the ship look slightly dirty I knew it would not be enough for what I had in mind. To that end I applied several streaks dirt along the length of the hull. These were achieved by first applying small dots of black oil paint to some raised details and panel lines. I then dipped a brush in some white spirits and gently dragged out the oil paint into long streaks. 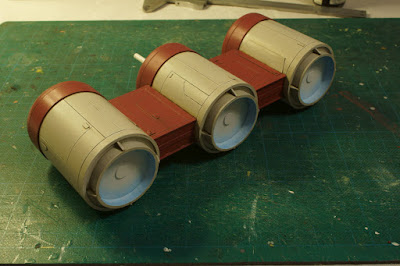 The engine glow was nothing fancy. I masked off the exhausts quite thoroughly, leaving no chance of stray over spray reach the rest of the ship. I then airbrushed the engines, first with pure white and then with several thin layers of VMC Blue Fluo.