I can already hear someone asking; Why have I uploaded pictures of an unpainted VCX-100 'Ghost'? And it is indeed true that it has not been repainted. However, that does not mean it is unchanged. Oh no, this baby may not look like much, but she's got it where it counts.


The ship has been fully weathered with dirt, oil streaks, blaster burns, dents, scratches, the lot. Some of it is really subtle, like discoloration and filled in panel lines, stuff that really contribute to the overall look, but your mind either gloss over or fill in automatically.

More importantly, as can been seen in one of the photos below, this ship has been modified with a docking bay for the Attack shuttle. Not only that, the removed part (the shuttle) has been modified further and has essentially been turned into a separate ship, though pictures for that ship can be found in a different post. The last picture is a comparison to a normal, unmodified and unimproved ship. 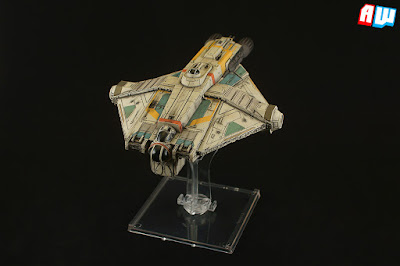 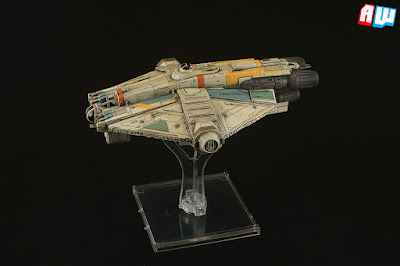 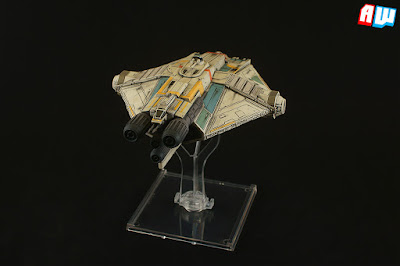 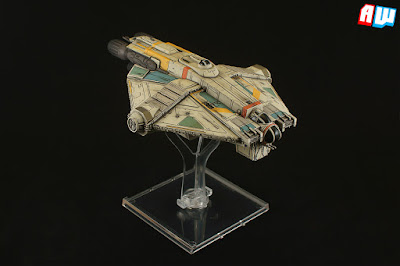 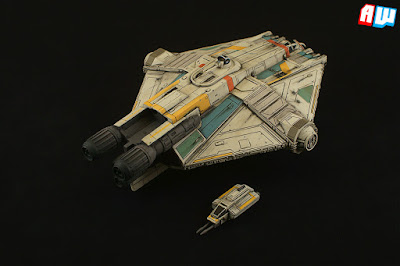 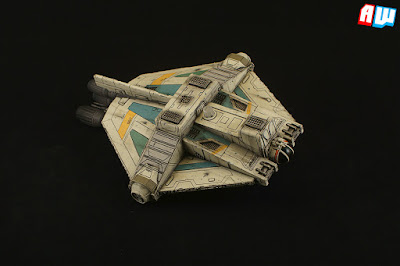 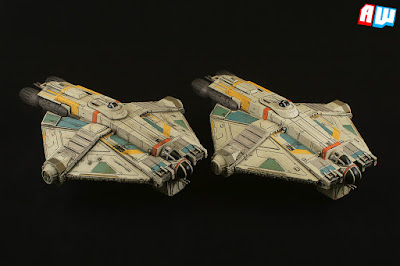