Sometimes you just have to discard an idea before it takes up too much of your time. In the case of the Phantom shuttle I recently modified, this was very much the case.


The original idea was to give the shuttle folding wings. I know this can be done as I've seen videos of it. However, that still leaves the question of how the wings fold. My guess would be some type of hinge but those hinges has to be almost microscopically small, and certainly not something you can find in any normal store. So instead of spending too much time and brainpower finding items I might never ever come across, I chose another route. 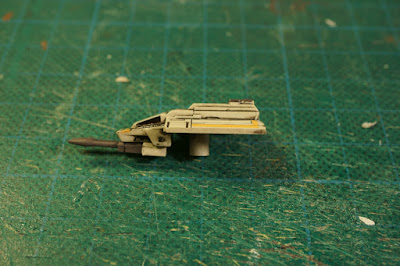 The shuttle part that needs to be removed in order to make room for the docking bay is rather detailed and is tantalizingly close to a complete ship. More importantly, it is molded with the wings folded. So instead of making the wings movable, I decided to do the next best thing; use the removed part to build an additional ship, with the wings permanently folded. 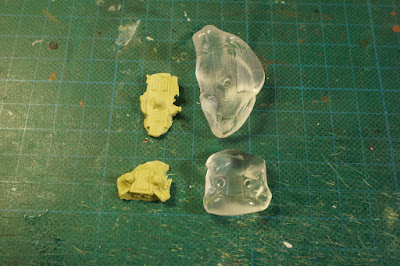 To start the build I used the normal Phantom model to make some simple molds of the details I would have trouble replicating. Then I mixed up some milliput and pressed the putty directly into the molds. This is not a perfect method and the result is not 100% accurate, but for something like this it certainly is good enough. 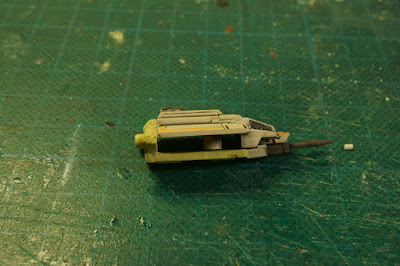 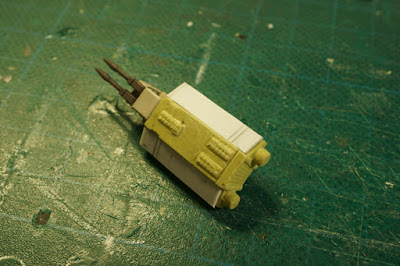 The two molded pieces were trimmed down and fitted together into an L-shape. The shuttle part was modified a bit further and the 'L' was then glued into place.

Some additional plasticard was required to complete the model and with that I could start detailing the ship. My aim was to make the ship look as close as possible to a hypothetical official Phantom model with folded wings. This even meant creating some details for mold lines and seams between parts. 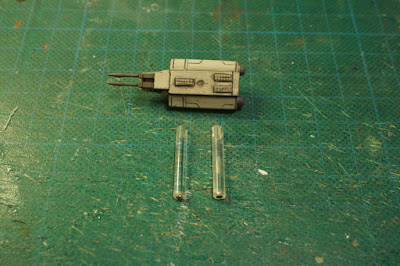 As this was not a complete repaint, I had to match the areas that I painted to the factory paint job. As with the VCX-100, the ship was also 'improved' with blaster burns, dirt, oil and scratches. The final bit of modification was the mounting point. A magnet was inserted into the corresponding spot to the magnet in the docking bay and two mounting pins was modified to have a magnet as well.