Here's likely a world first; A CT-900 freighter known as the 'StarScavenger'. Never heard or seen the model before? That's because it normally only exists in Lego form!


Yeah that's right, this ship is from the show LEGO Star Wars: The Freemaker Adventures. As such it only exists in CGI form and as a Lego kit and it's also about as far away from Star Wars canon as possible. Still that didn't stop me from building what basically amounts to a 'realistic' 1/270 scale model of the ship.

It does retain many of the features found on the original model, such as folding wings and detachable front. The gun pods are also magnetized, though they do not pivot properly so it's really only for storage purposes. 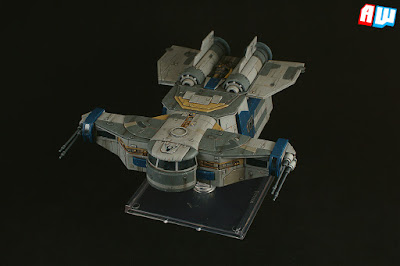 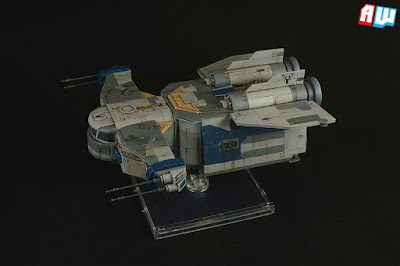 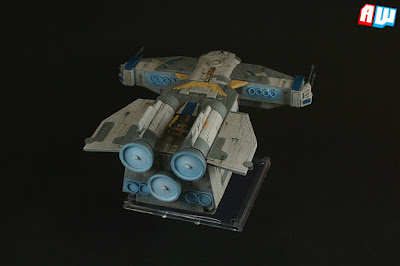 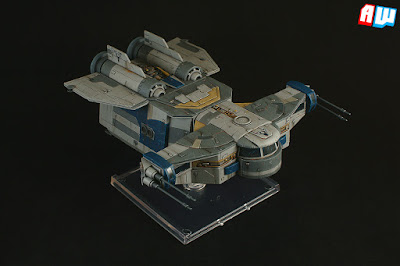 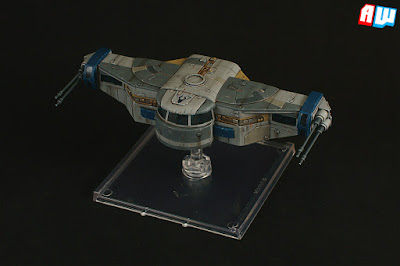 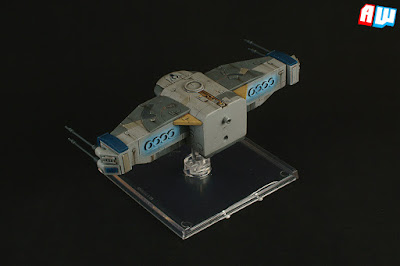 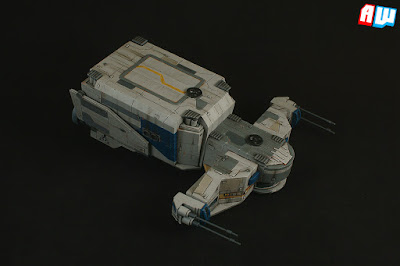