While it never got the same amount of screen time as some of the other vehicles/ships in the original trilogy, the T-47 airspeeder is certainly equally iconic.

Unlike the walkers and bikes I posted about earlier, these two do not originate from Wizard of the Coast, but are not official Legion models either. These were made by Revell, and were part of the easy kit line, basically fairly simple plastic kits for beginners that does not require glue to assemble. The scale is reportedly 1/52 which is very close to the (rather fluid) 1/56 scale that many miniature games use.

The one advantage these models have over the Legion version is the inclusion of a transparent cockpit canopy, interior detailing and pilots. Unfortunately, the pilots are NOT to scale, as can be seen in the last image. To the left is a fairly standard 1/56 model (one of the AT-RT pilots) and to the right is a Flames of War model (1/100 scale). So yeah, I estimate the pilot to be about 1/90 scale. Still, the visible pilots are a neat feature and on the battlefield the scale issue will likely not be noticed. 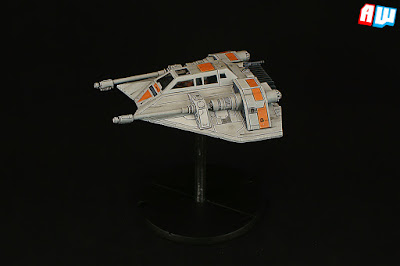 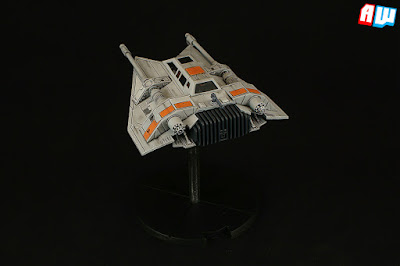 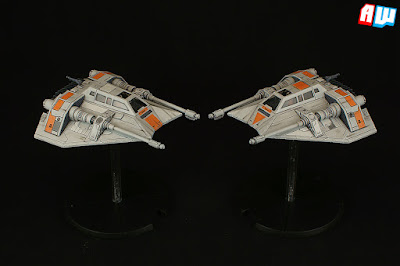 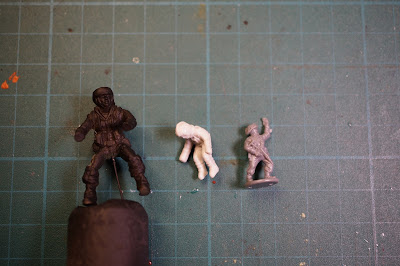