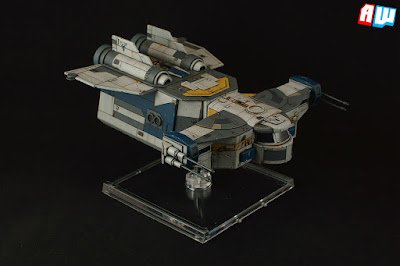 A few years ago I was asked to build and paint a 'realistic' CT-900 Star Scavenger, a ship that up until that point had only existed as a Lego and Computer model. Now I'm clearly biased but I do think I did a pretty good job.

Of course, that ship is now no longer quite as unique as it once was. There are obviously a number of changes compared to the first one. Mostly it's just a few cosmetic changes to improve the looks or to make it easier to build. It does not feature folding wings or detachable gun pods, though the rear and front can still be separated. It is also about 10% smaller and the paint job is not quite as detailed, mainly lacking highlights. However by far the biggest difference is that this time I've built two of them. Yes, two! I'm quite the madman. Enjoy! 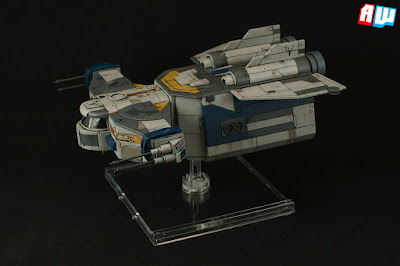 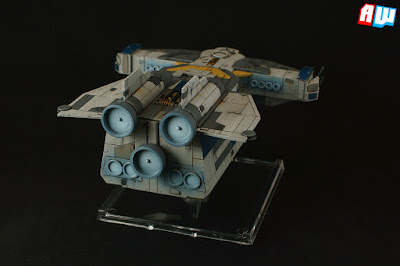 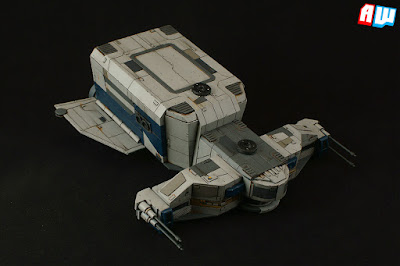 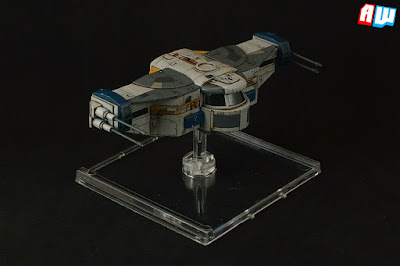 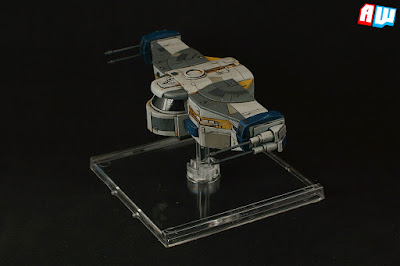 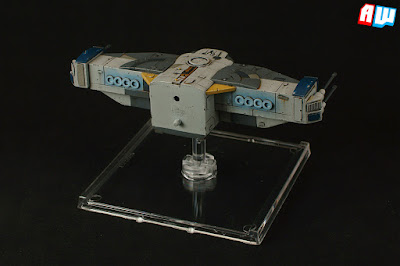 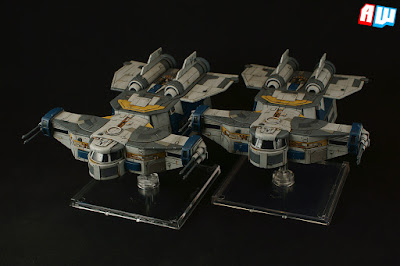