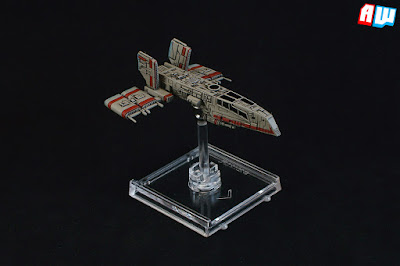 With the second edition of X-wing, some ships got a brand new coat of paint when they got released as 2.0 expansions. The HWK-290 has not been re-released yet, but it most certainly deserves a better paint job than the 1.0 version. Hence the new and improved Moldy Crew.

I've based this ship heavily on the 2.0 card art for the Moldy Crow. Now, while this is a full repaint there's honestly not that much of a difference compared to the 1.0 factory paint job. The red markings are mostly the same so the biggest difference is of course the main hull colour as well as the engine glow. Still, in my humble opinion it is much better looking compared to the first version. 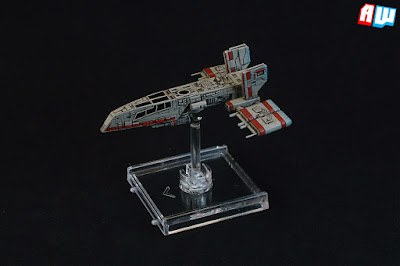 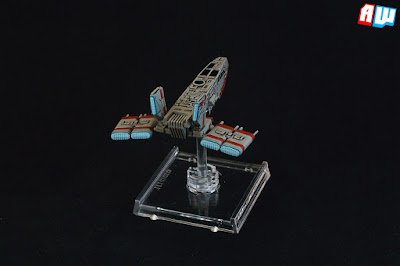