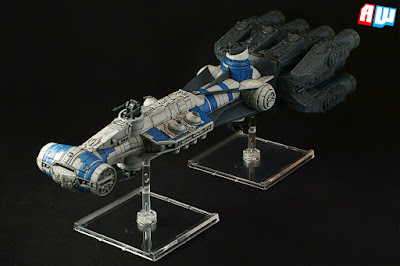 The Phoenix Squadron of Star Wars Rebels fame featured a few CR-90 corvettes, one of which was called the 'Liberator'.

This isn't exactly that ship, the weapons are not quite the same and the there are some minor design differences. So instead we will instead say that this one was inspired by the Liberator.
The Corvette remains one of my least favorite ships to paint. The front isn't so bad but the engine array in the back is just horrible. Ideally, it should be partially be disassembled to even have a decent chance it painting it properly. Still, you can't deny that it looks awesome when fully painted. 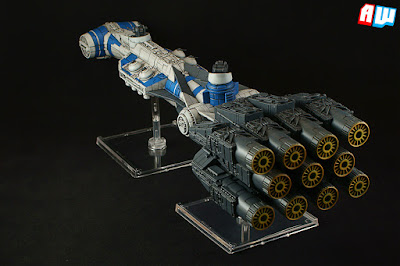