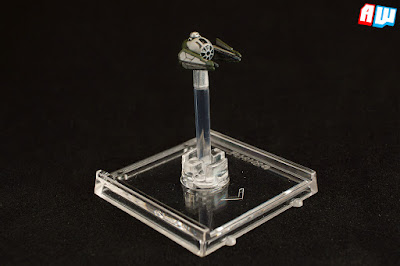 No, your eyes do not deceive you, there is actually a ship mounted on top of the base. This is Yoda's personal starfighter, which is the smallest model I've ever painted on a commission basis.

This almost microscopical model is a 3D print that can be found on Shapeways here. I apologize for the pictures, I know they are not quite up to my normal standard but the base absolutely dwarfs the ship and the camera wants to focus on that instead.

Just to hammer home the tiny size, the last picture is a comparison with an old Warhammer fantasy Ork, a same scale A-wing and a Flames of War soldier. The A-wing is known as a fairly small fighter in Star Wars but even that is a bloody giant compared to Yoda's ship. 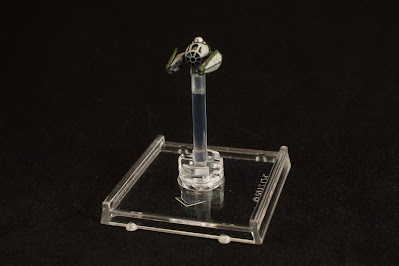 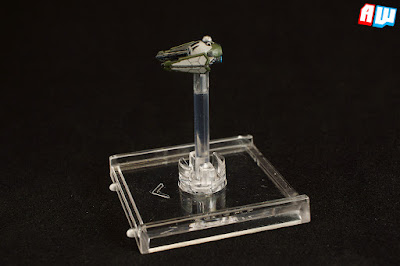 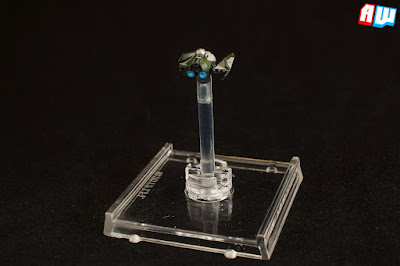 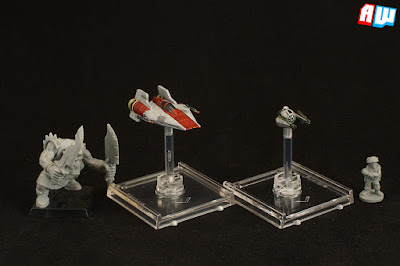