My current project is a scratchbuild of a so called Gamma-class Assault shuttle (Not to be confused with the Gamma-class ATR-6 Assault Transport) from the extended Star Wars universe. It was suitably brick-like in shape so I figured 'What the heck. Let's give this a shot' 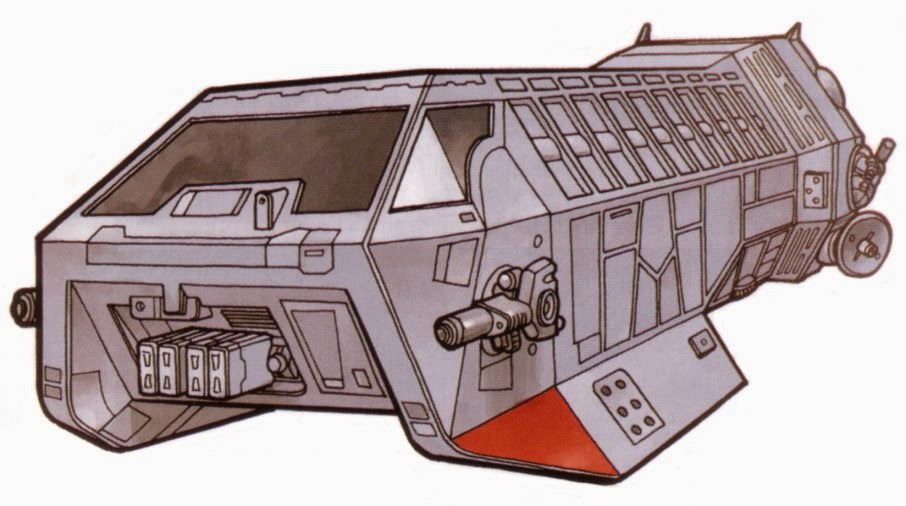 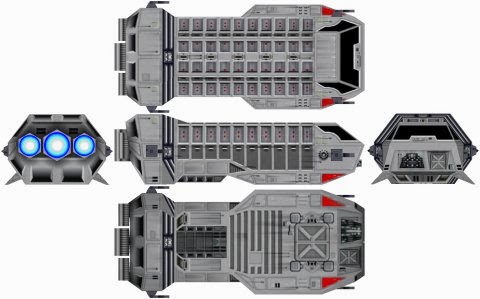 After some research I decided to primarily base my ship on the version that can be found in the 1999 Star Wars: X-wing Alliance computer game. This is a game I played a fair amount when it was new and I remember this ship as being a bastard to bring down. 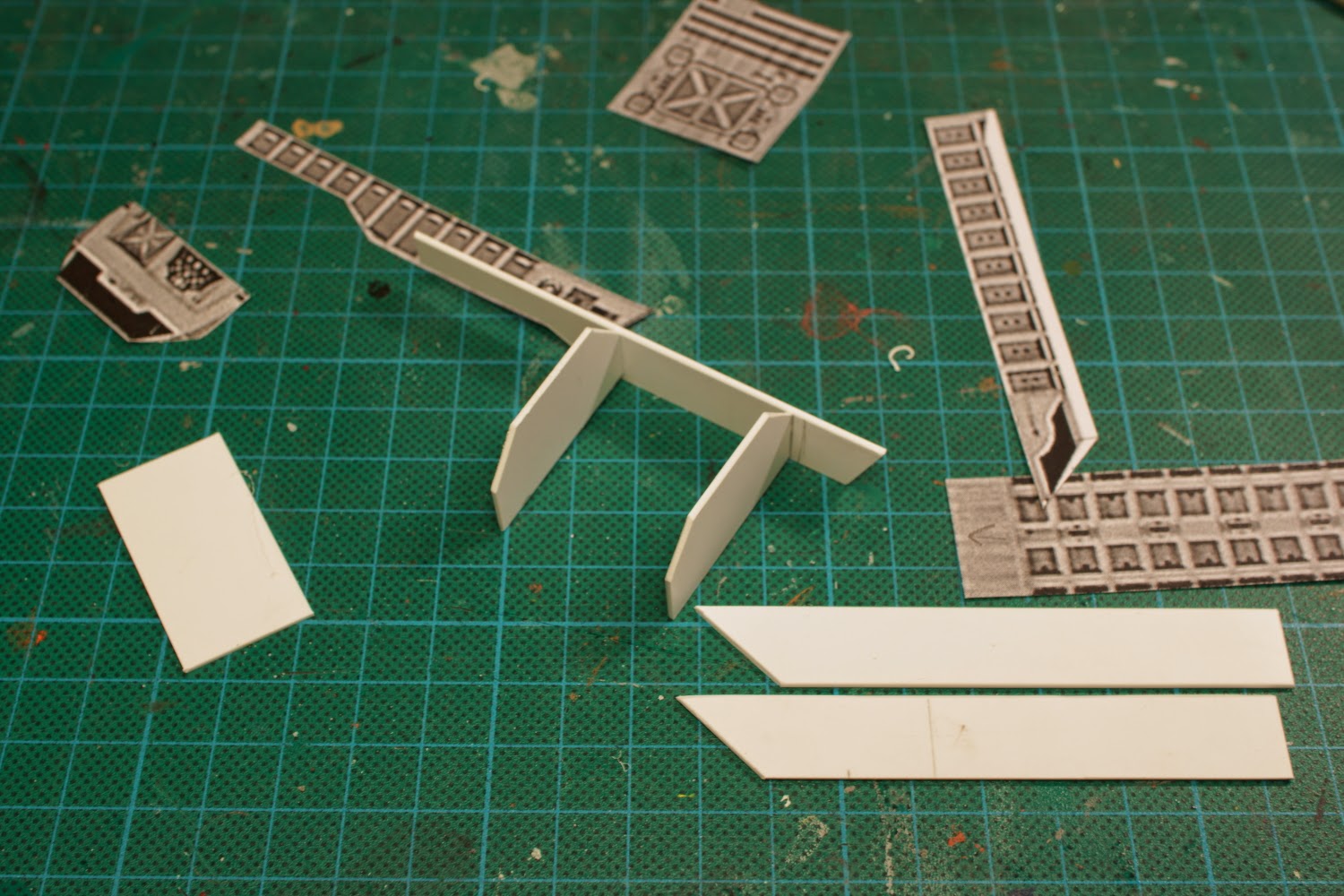 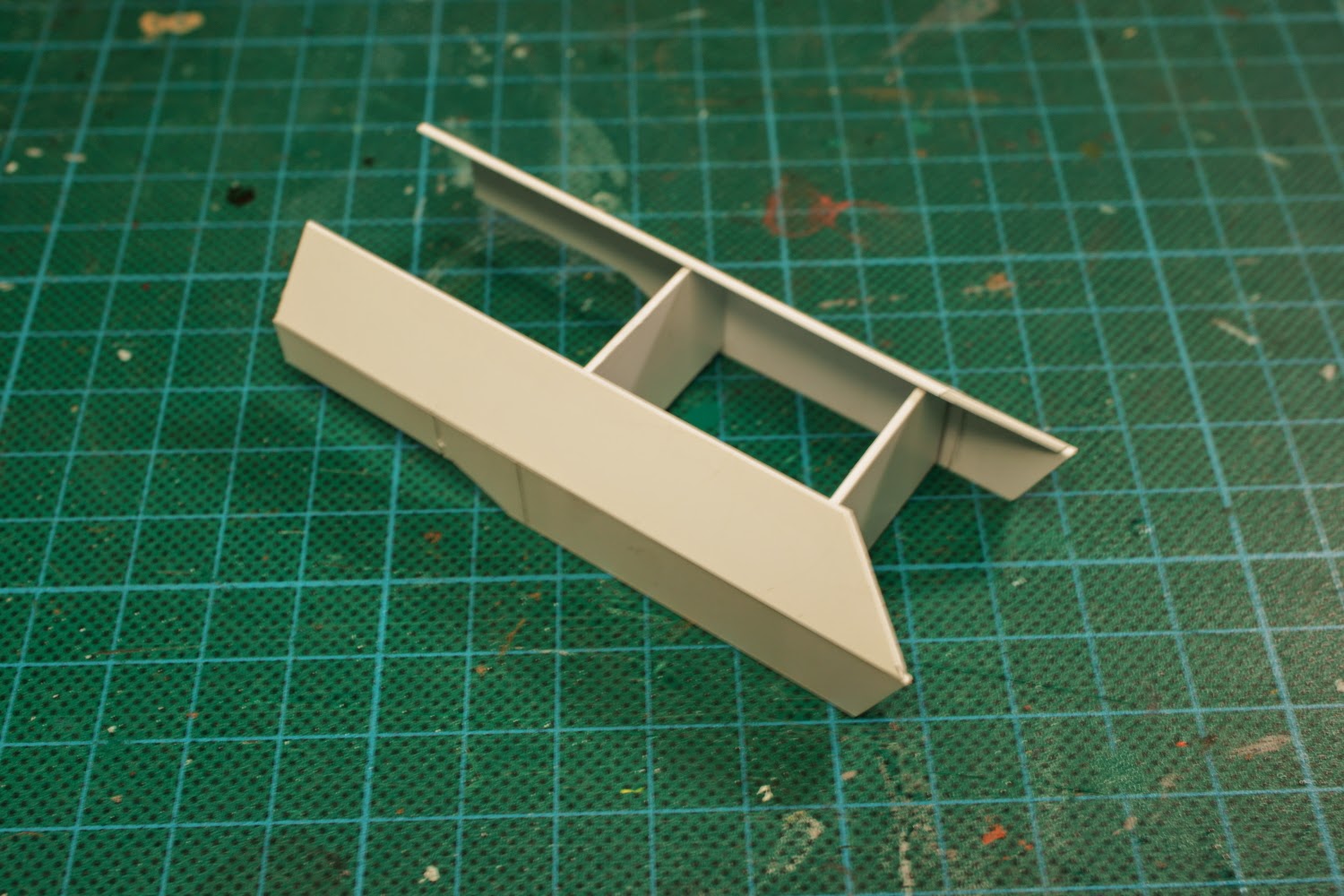 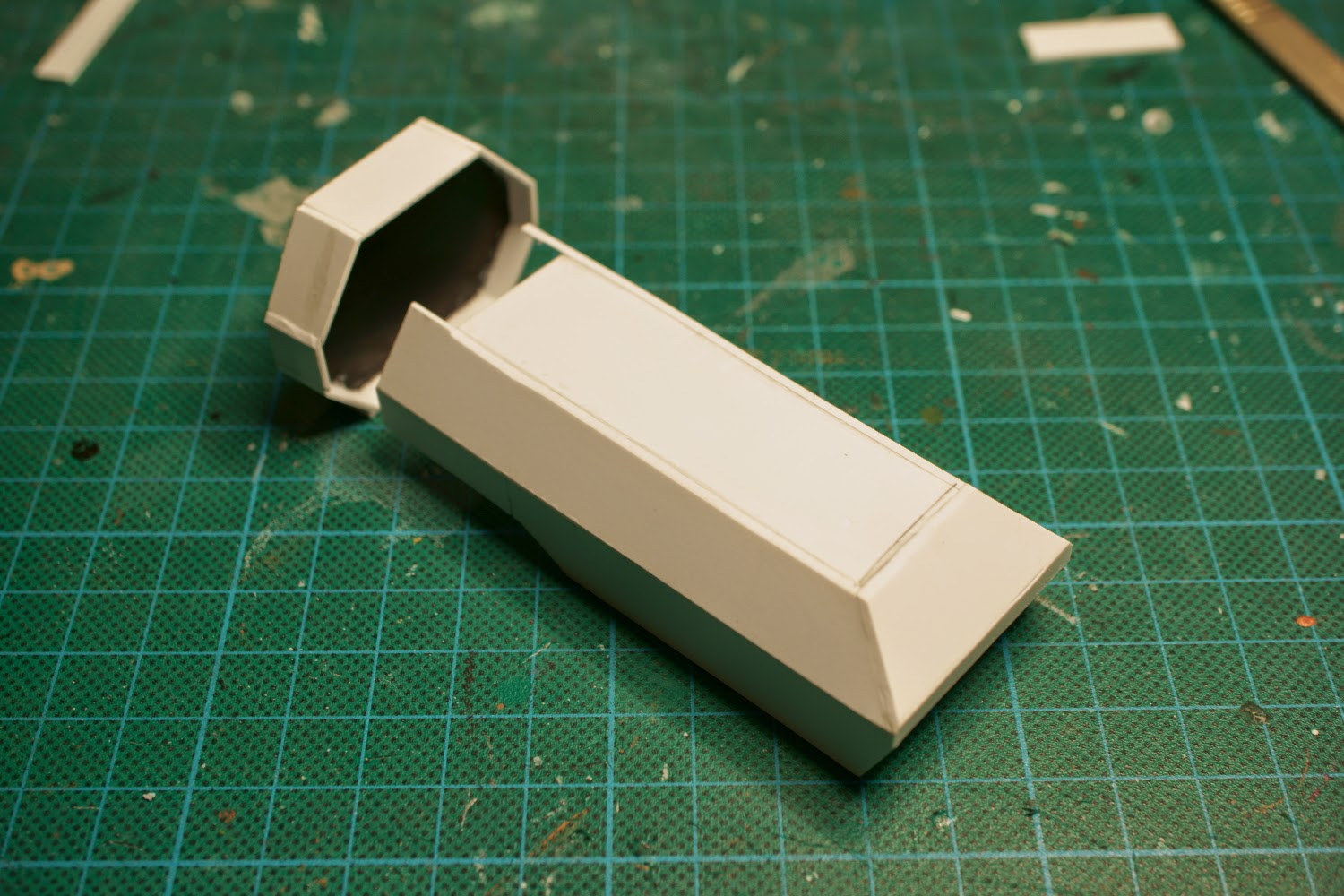 I started by printing out a profile of the ship, (the second picture in this post actually) making sure it would be to the scale I wanted. Star Wars: X-wing Miniatures Game use a scale of 1/270 and at 30 meters the Gamma would be slightly above 11cm long. The trickiest part of the build was connecting the back/engines with the main hull due to all different angles used. I'm not completely happy with the result but I'm probably just overly pedantic about this sort of thing. 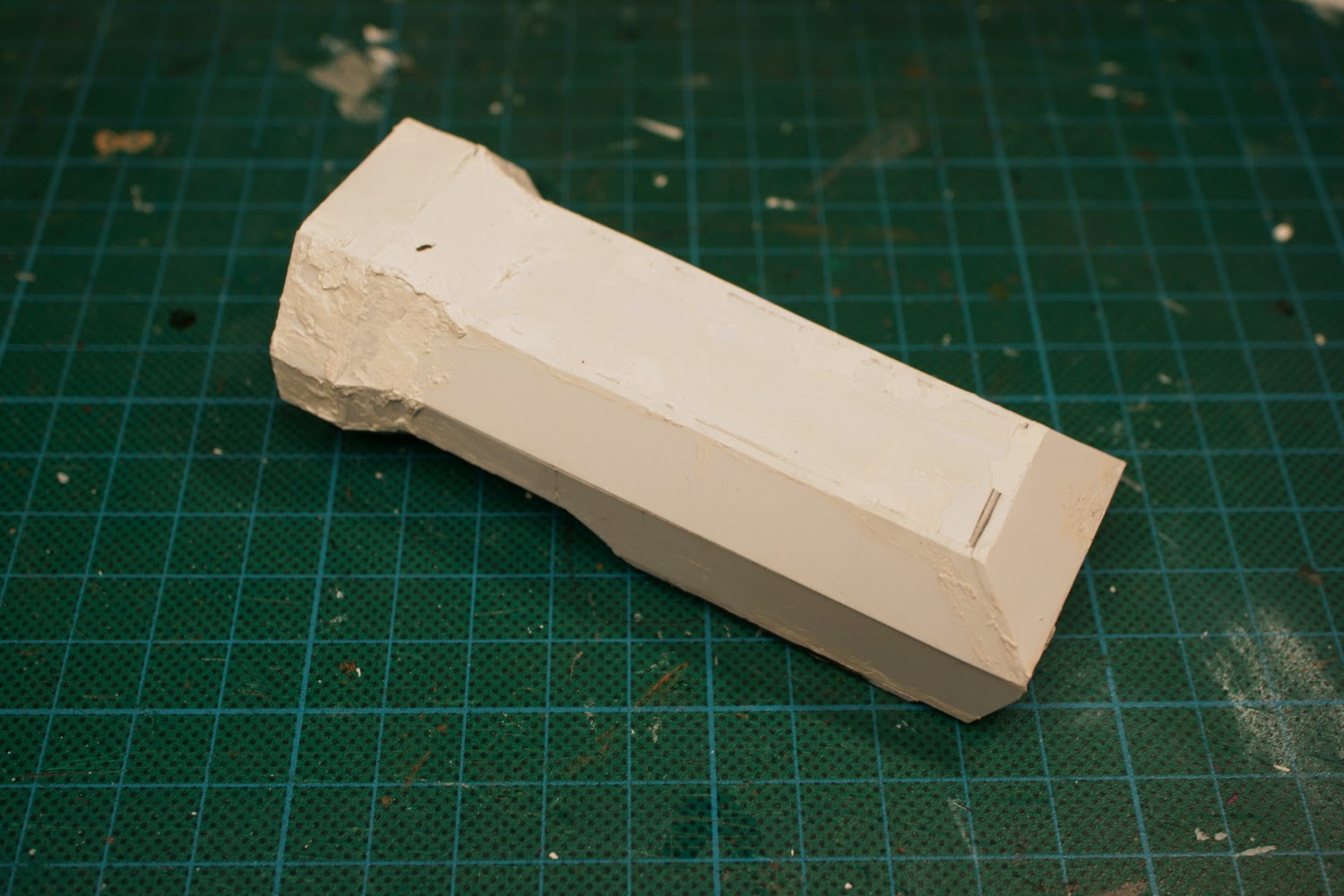 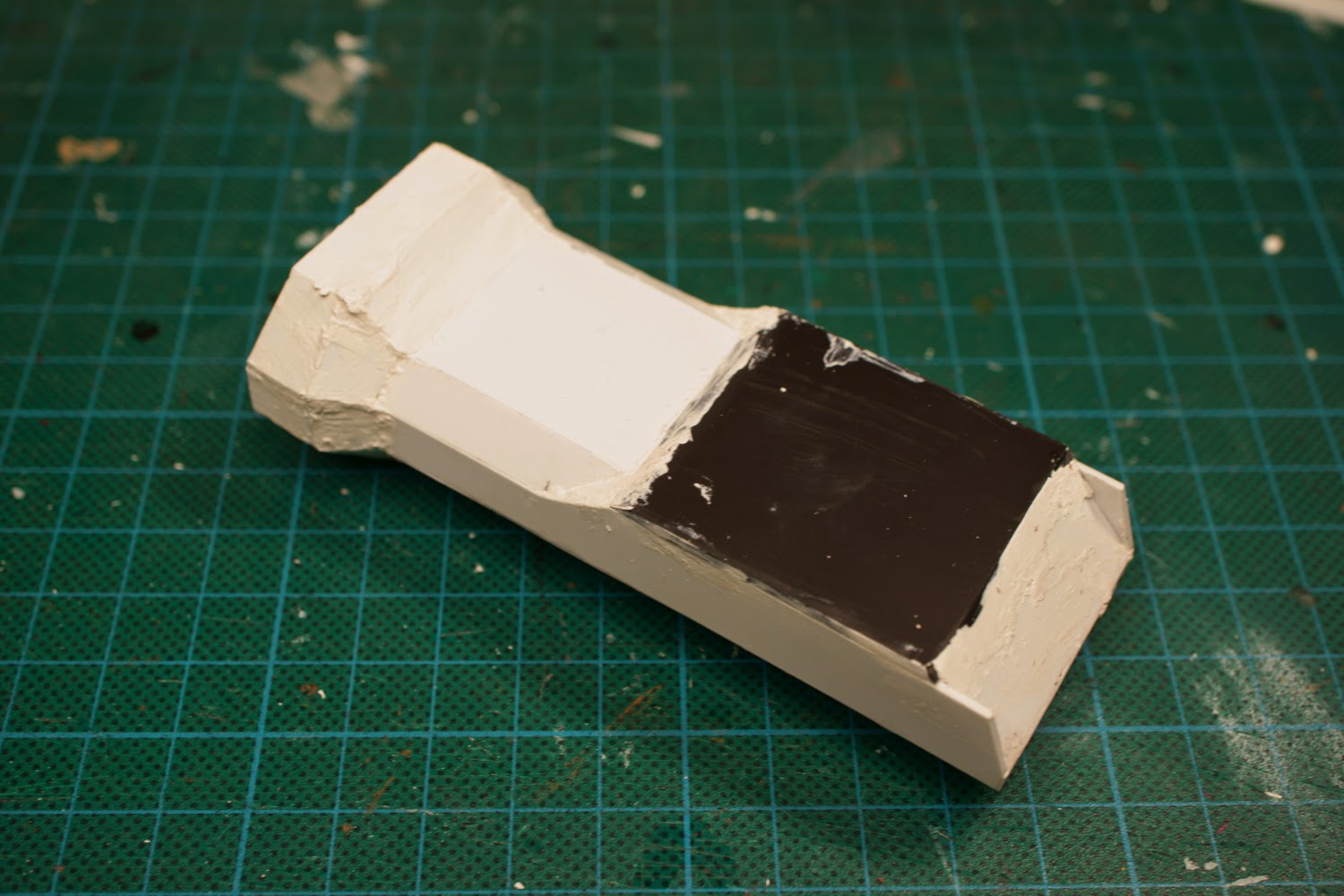 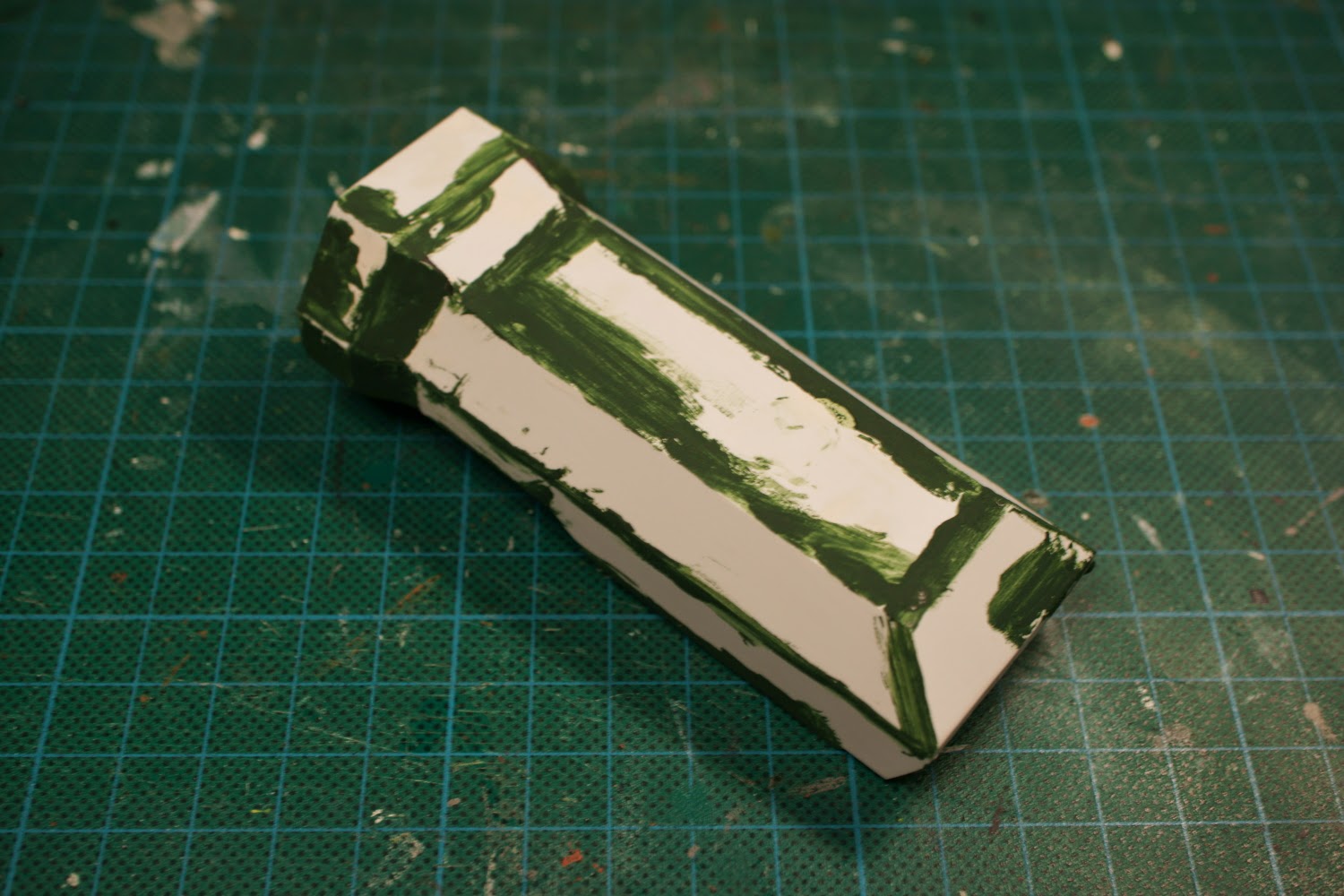 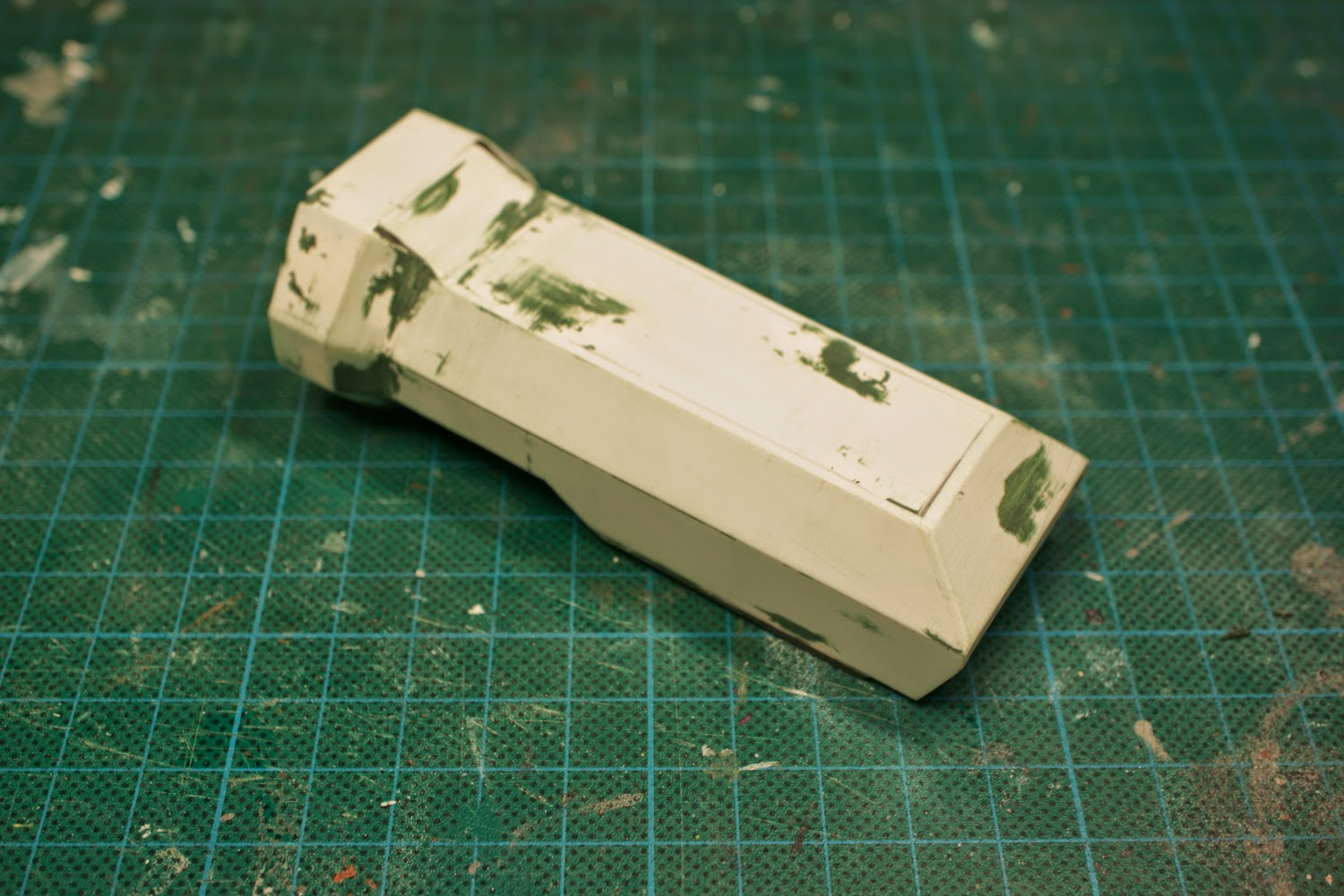 The filling and sanding stages are boring but oh so important. For a quick filler of bigger holes I sometimes use super glue and a super glue accelerator but mostly I start with super fine Milliput. This is superior to Green Stuff in my mind, since it's easier to sand down when hardened. It it also better then Liquid Green Stuff for larger filling as it tend to shrink noticeably when dry. Liquid Green Stuff does have a purpose as a second stage filler, taking care of minor flaws and blemishes.