Adding details to a scratchbuild is usually the part I enjoy most (Unless it's rivets. Damn them, damn them to hell!) and this was no exception. 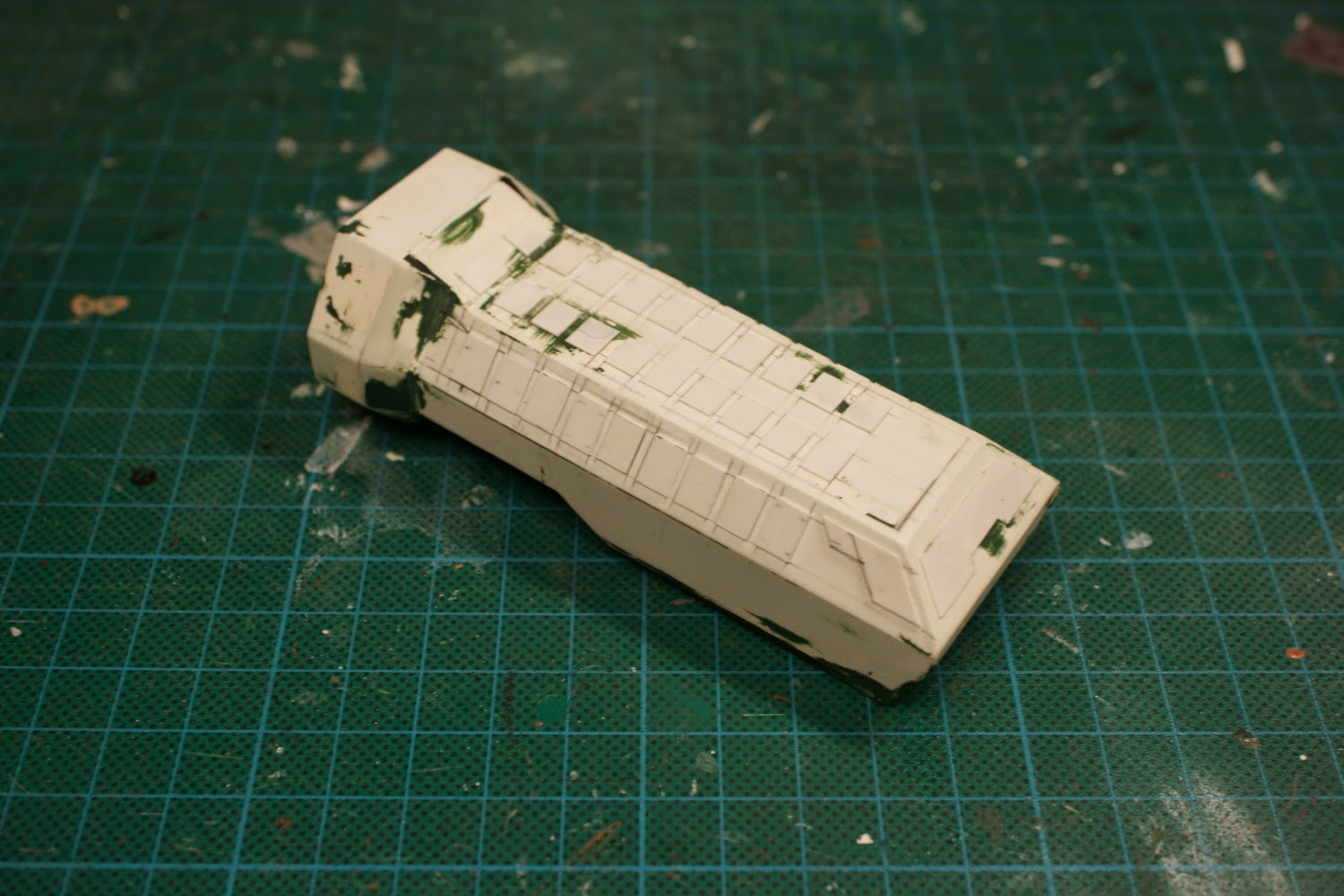 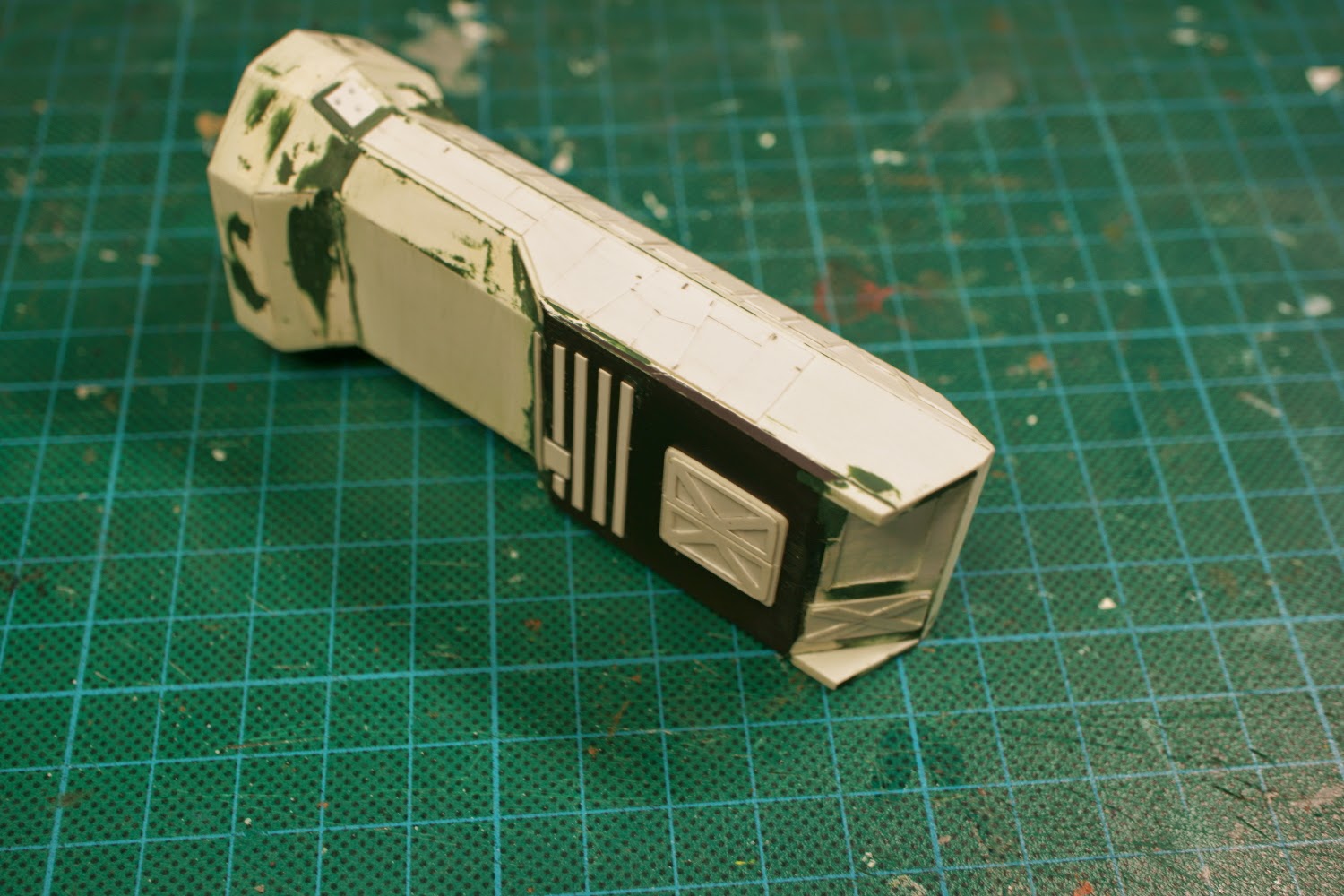 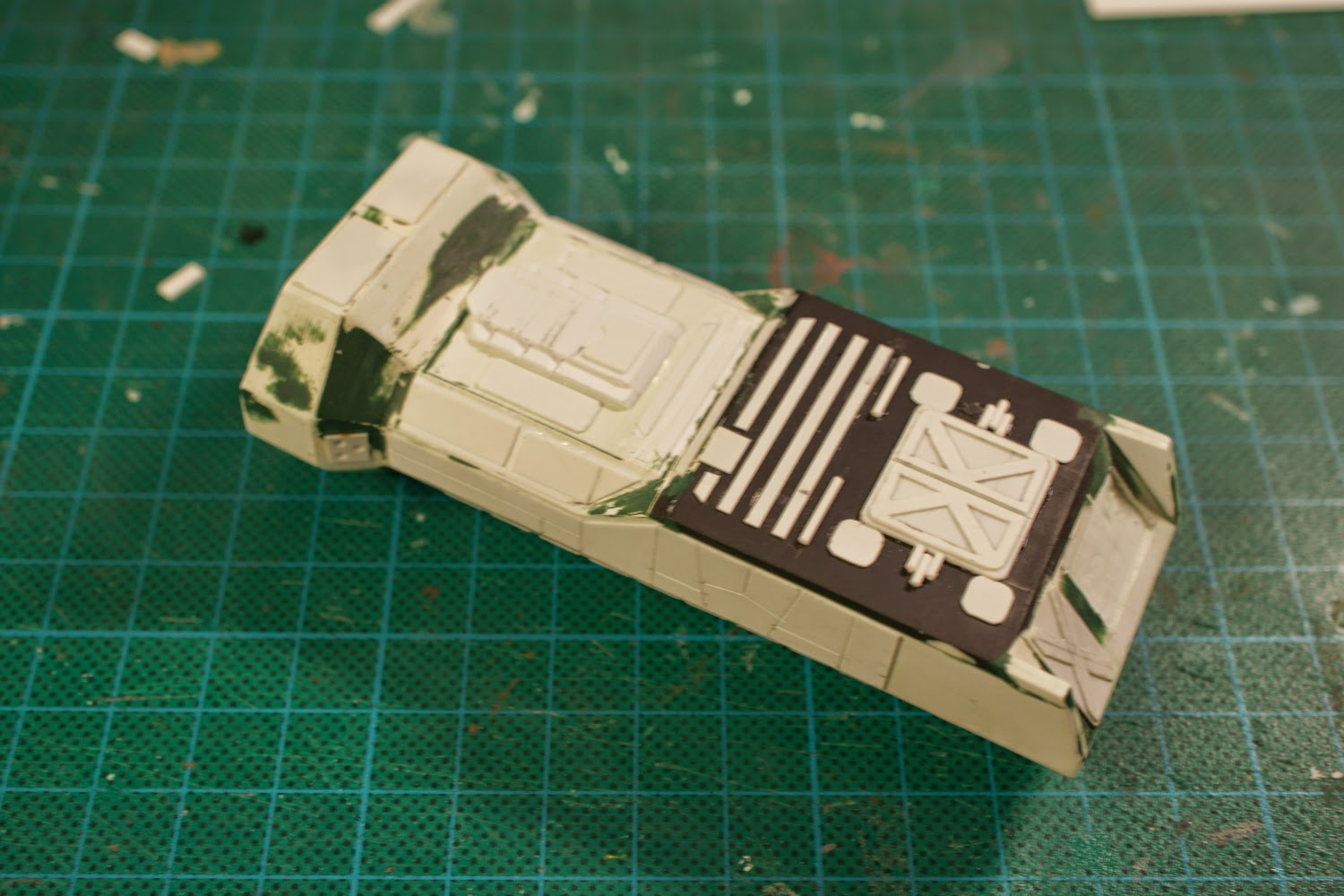 It's hard to add anything worthwhile to say though, after all, anyone with eyes can see the progress in the pictures. However, due to the conflicting nature of the original model, as several versions of it exist, it was sometimes hard to decide just what details needed to be added. As such, I do not consider my model to be the final word on the Gamma shuttle, instead it is just another version amongst several others. 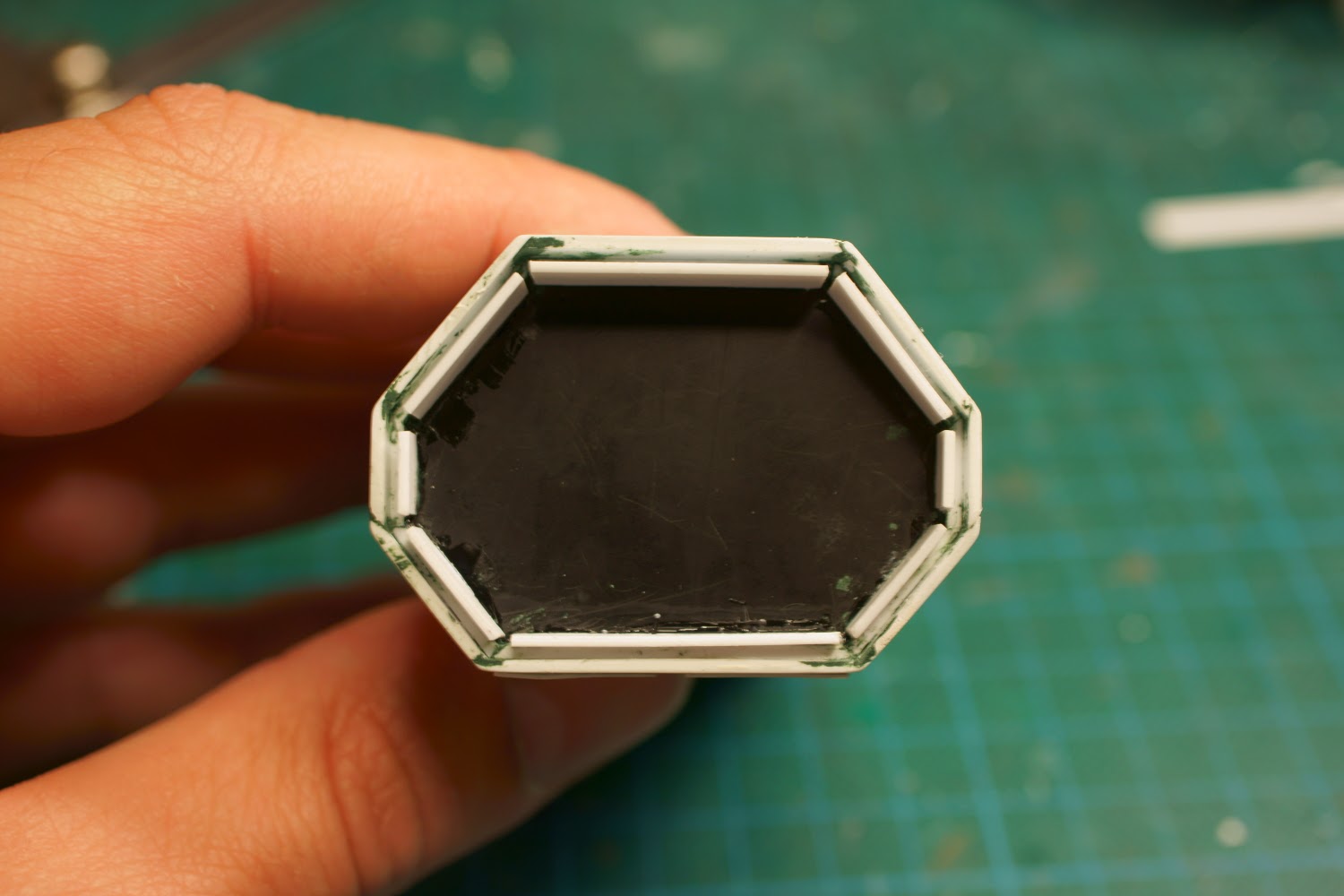 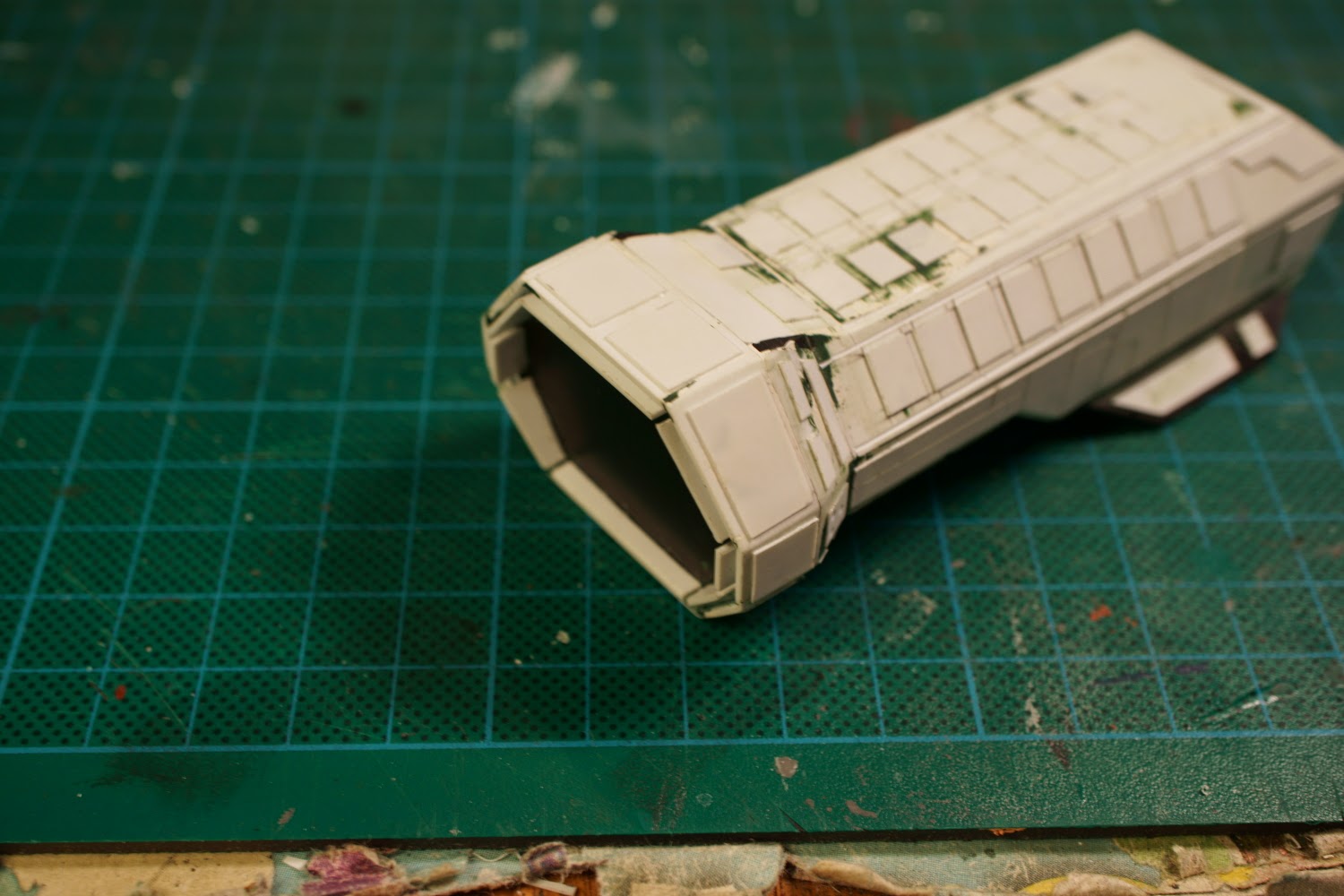 The engine area in particular was a place where I needed to add my own touch. Call it artistic license if you will. The X-wing alliance polygon model I used a base was fairly odd around the engines and I couldn't truly make out how it should look. Instead I mostly disregarded it and added a sort of secondary wall. Looks mighty fine to my eyes! 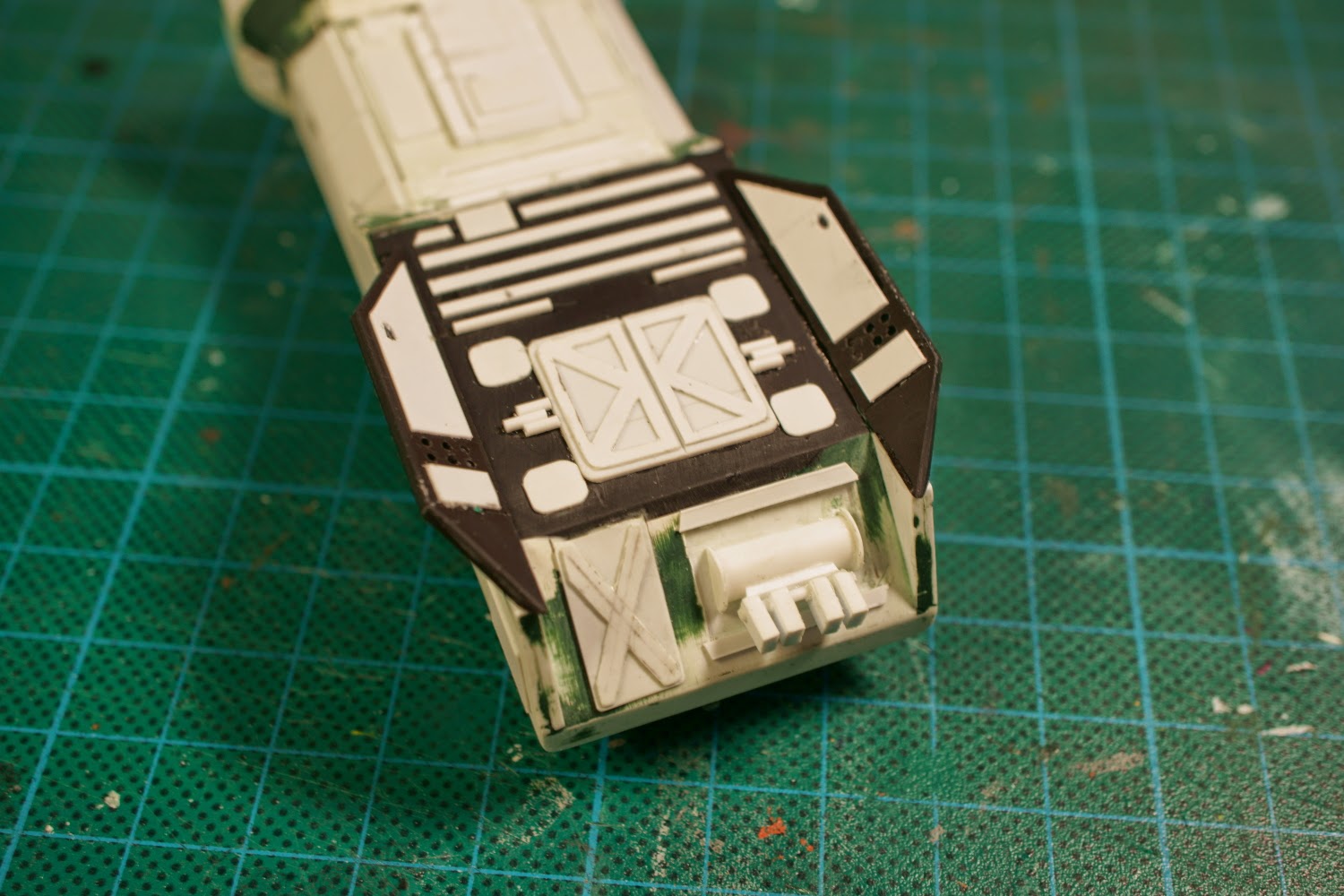 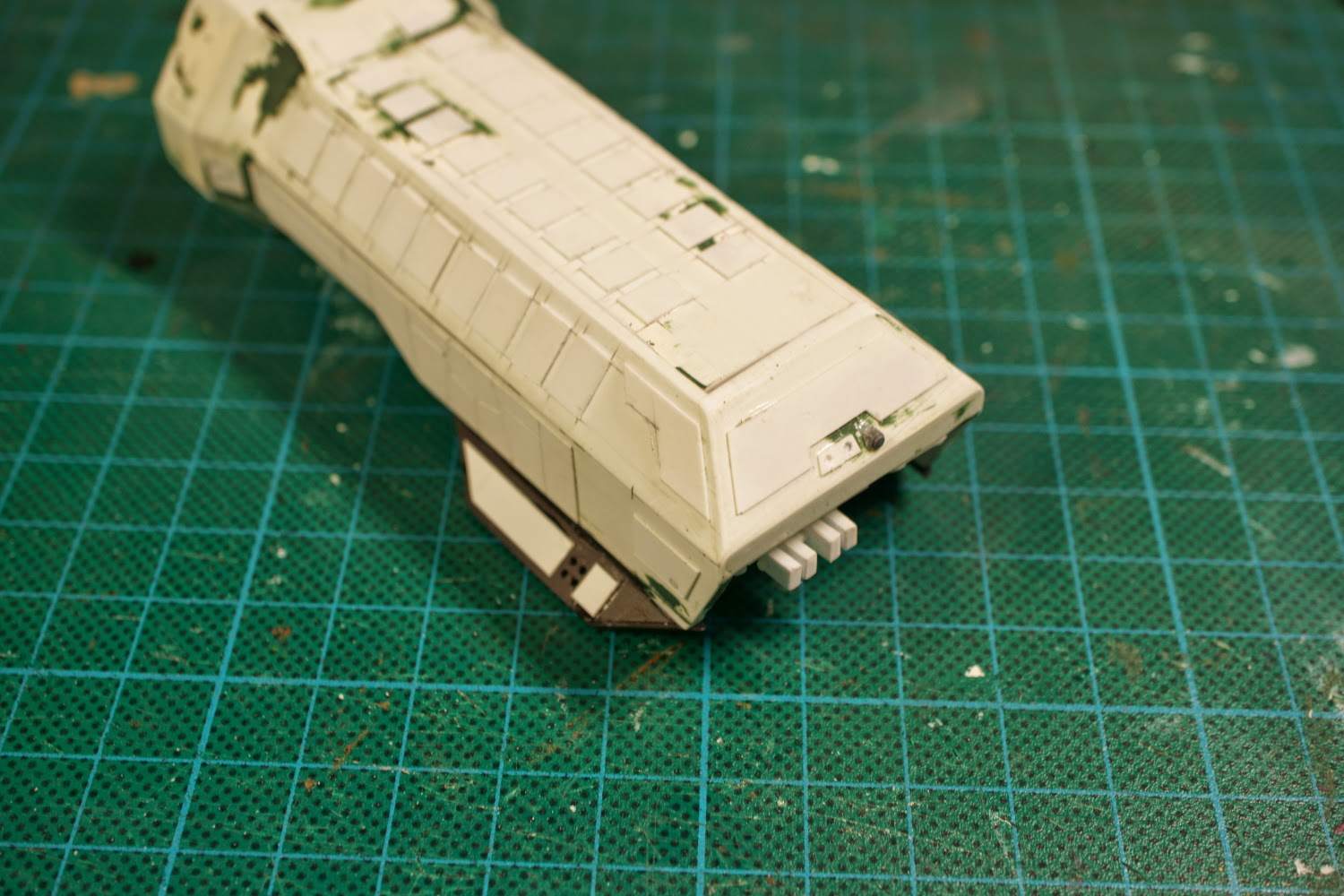 The 'wings' were a *bleep* to deal with. Despite careful calculations I got most of it wrong anyway, the cut for the 45 degree angle should have been on the hull, not the wings! Bah, shows what 12 years of math in school amounts to. 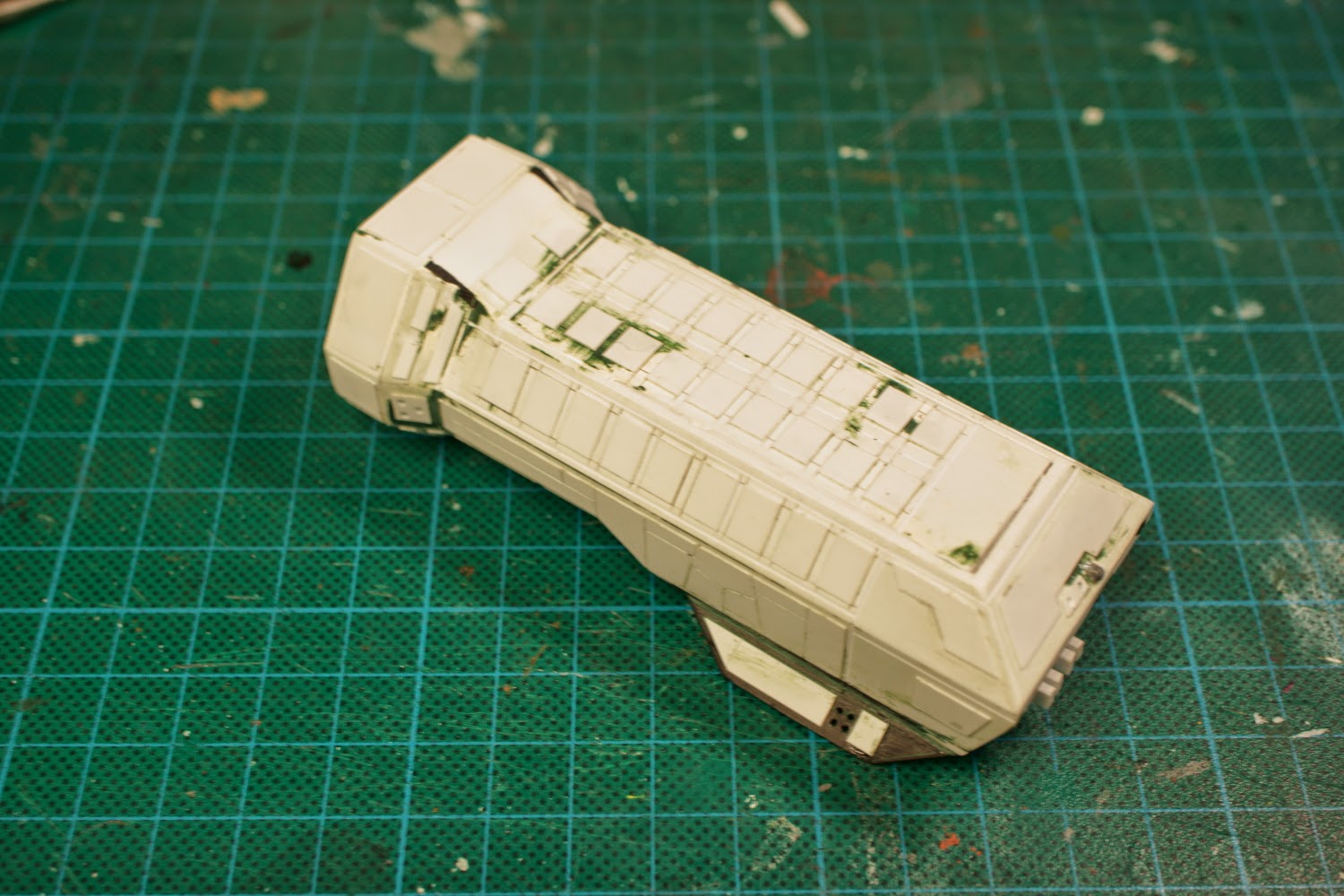 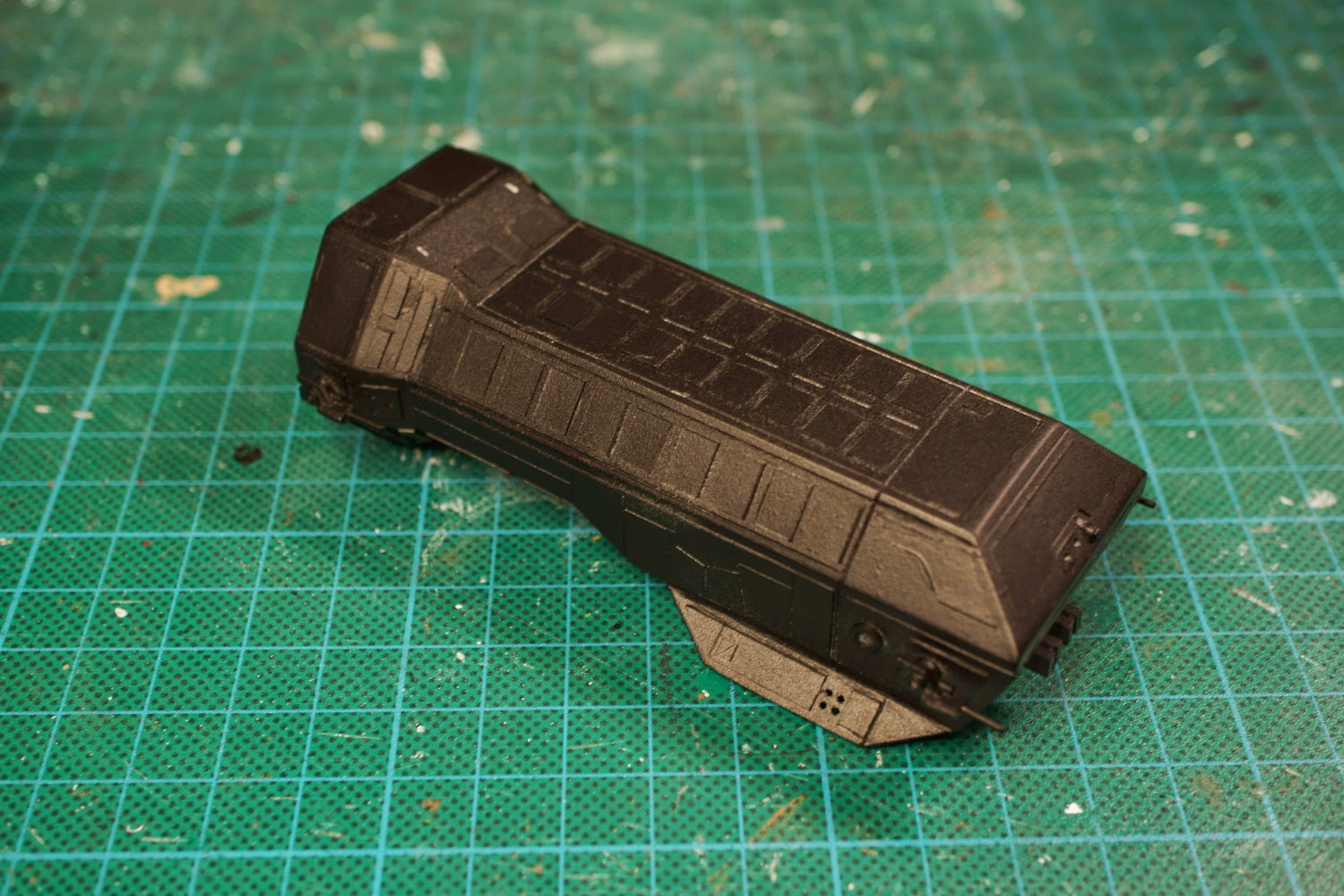 As a last check, I usually spray a scratchbuild lightly with black paint. White is too bright to properly cast shadows so this makes it easier to spot any flaws. Sounds counter intuitive but that's how things work out in the real world. Next time I will show you I painted this bad boy.
Upplagd av Macross_VF1 kl. 20:42:00