The beginning of the end of this build. I must admit that is was a real treat seeing the entire thing coming together as I had planned it. 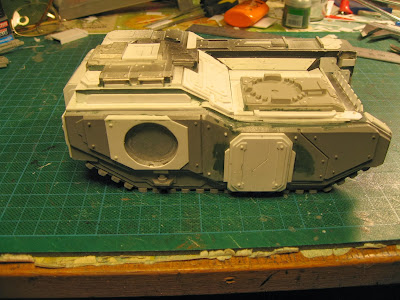 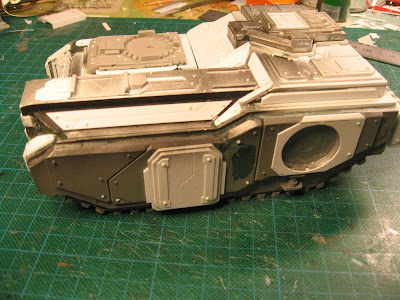 I had to carve big holes in the sides of the hull to make the laser turrets fit. Around these holes I fitted some additional plastikard and I also finished the side hatch design. 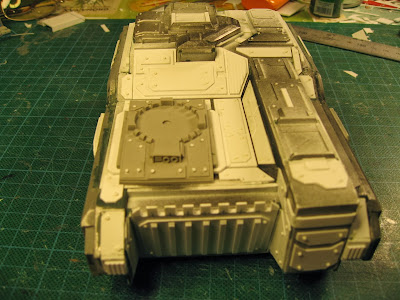 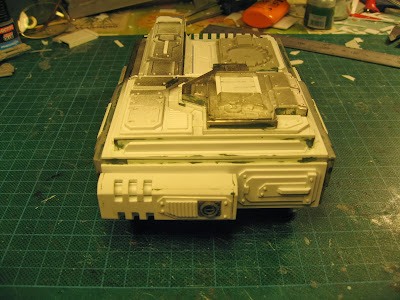 Finally I added some detailing on the sloped middle part of the tank and to the side of the machine gun turret mounting plate. Also, rivets. Lots and lots of rivets. I could damn them all to Hades! Small and fiddly and doesn't always stick when and where you want them to. To even be able to handle them I had to cut them about twice as long as they were supposed to be, use some fine tweezers to pick them up, dip them in glue and put them in place. After that I had to wait a day for the glue to dry/harden properly, cut them in half with a fine sprue cutter and finally file them down to the proper size. A man could go crazy for less. And all this assume that the damned things didn't drop off later! As a sidenote, in the second picture above you can see the final power plant assembly. 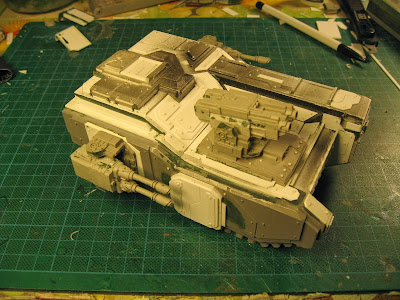 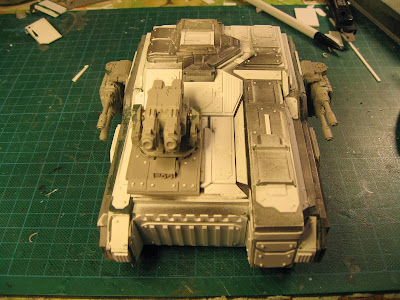 The weapons were really the final pieces of the puzzle. They are all magnetized for easy changing and transporting. There are, after all, two more Land Raider versions I could build. The machine gun turret went on more or less without modification. The lascannons however did get some changes. I turned the barrels so they lined up properly with the rest of the vehicle, removed most of the top details and manufactured a gun shield for each to cover the area with no details. The shields are not featured here as I forgot to take a good picture of them. In any case, the vehicle now only really needed some paint. I might later show how I painted it and I will definitely take better pictures of it but for now I leave you with this to show the finished model. 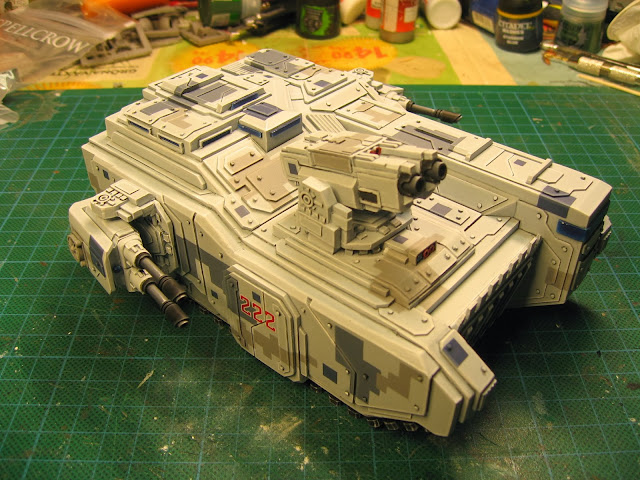