I recently bought a number of items from Zinge Industries that I intended to use together with Mantics Enforcers, more specifically the Enforcer Engineer used in the Deadzone boardgame. My plan from the very beginning was to turn that model and his sentry guns into a Space Marine techmarine and Servitors.

I must admit to being quite pleased with my purchase. All parts are cast in a light grey resin that is quite soft and easy to work with. The details are sharp, and apart from a fair amount of flash, doesn't need much cleaning. The only bubbles I could find in the resin was those that showed up from carving or cutting it so normally you wouldn't see them. If I wasn't so hell bent on converting everything I touch, I wouldn't have found them at all! Strangely though, some of the parts in the third picture looked like the mould had been misaligned slightly. Nothing that a proper knife and some carving couldn't fix so it is not much of a big deal. 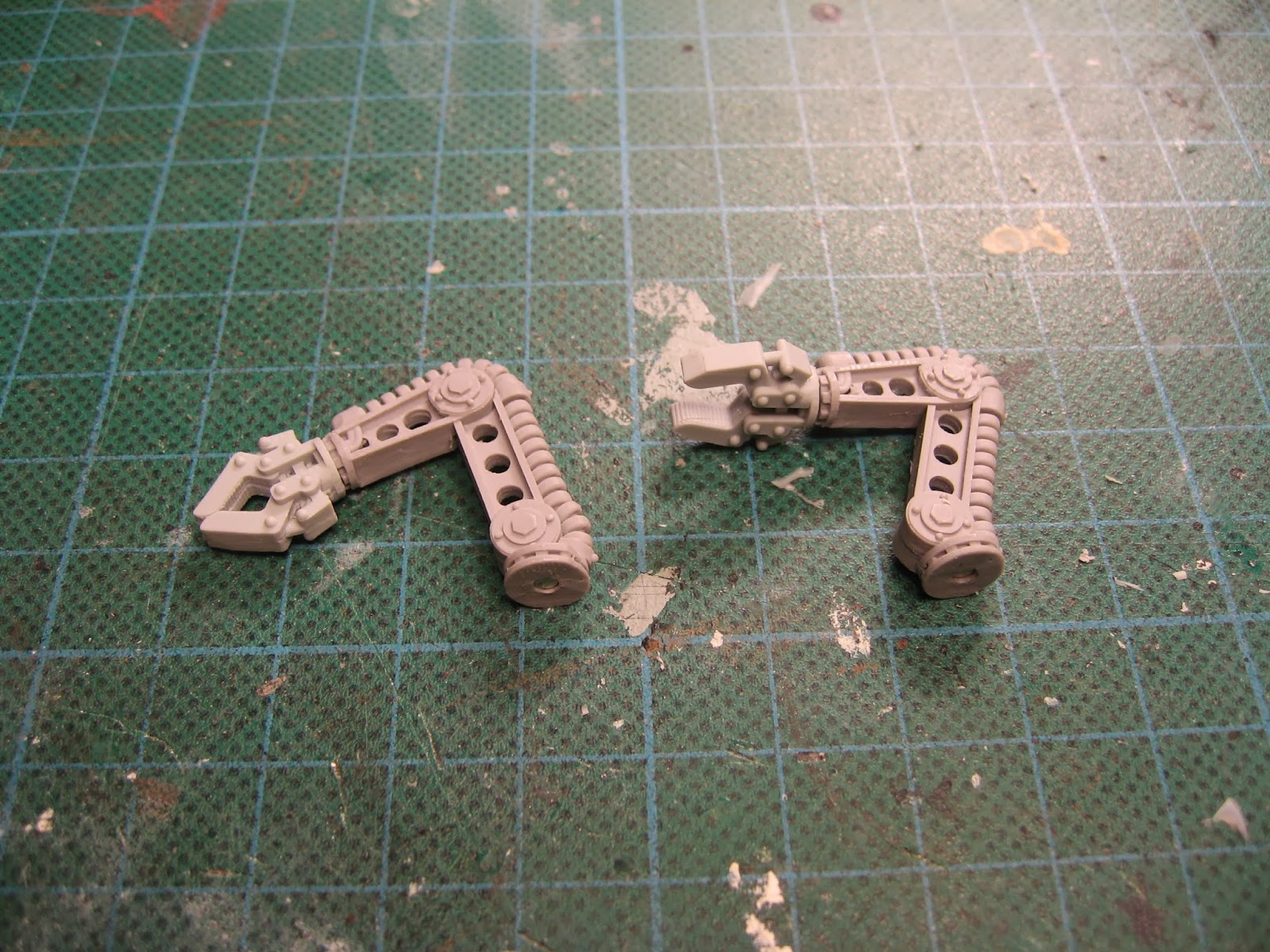 The robotic arms are a treat to work with. By simply cutting away or adding links to the power cable on the back of it you can change the pose drastically and all the connectors and tools makes it very easy to add variety to them. 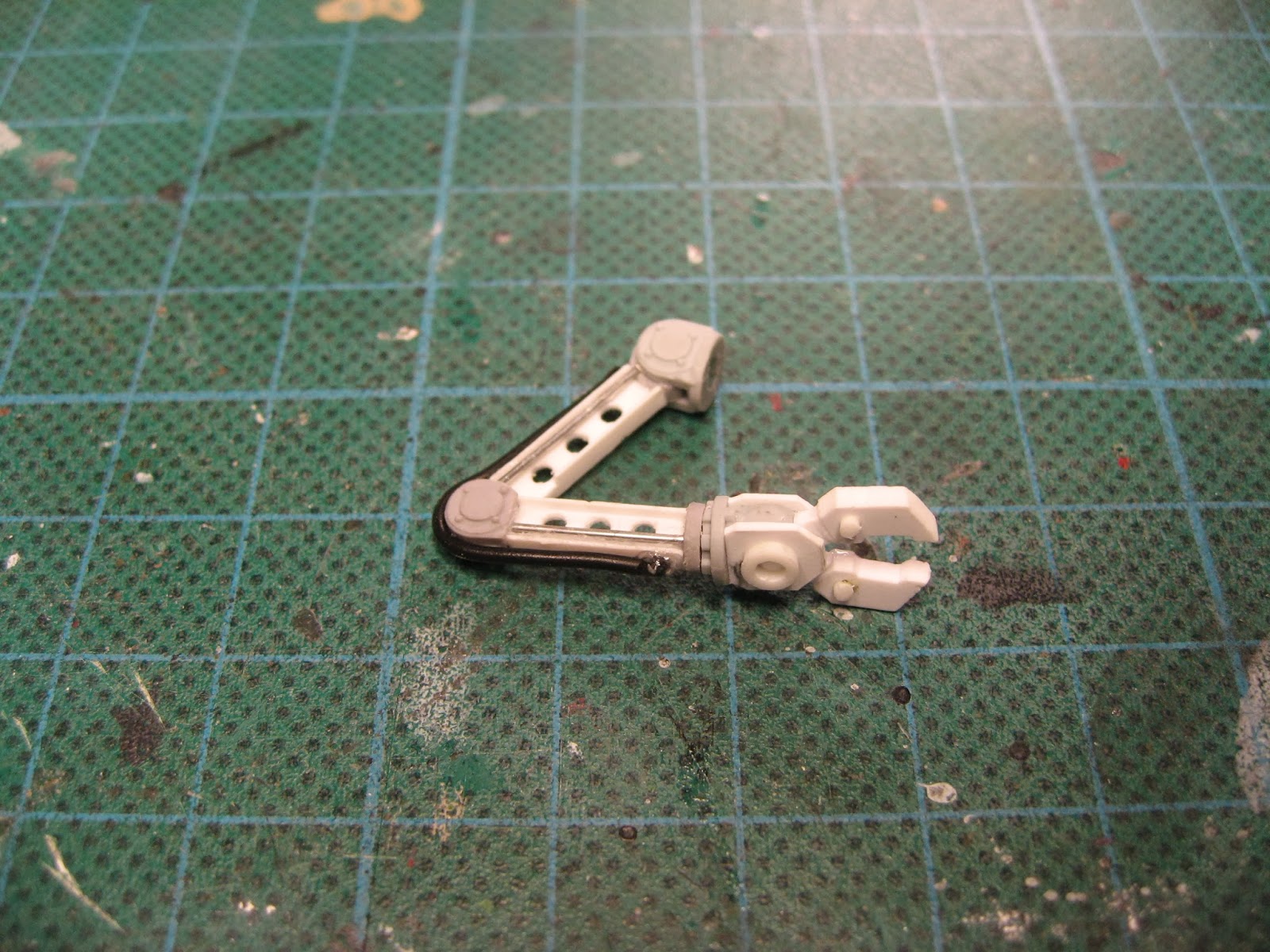 I had however miscalculated the size of the robotic arms which meant that they would be too damned big for my Enforcer Engineer / Techmarine. Instead I chose to manufacture my own, slimmer version by using some of the add-on parts from the robotic arms and some plastikard.