I've continued to work with the items I bought from Zinge Industries but the size of the things was a problem. As mentioned in the previous post, the robotic servo arms was quite a bit bigger than I had expected, and I faced the same problem with the track units. This was further complicated by the fact that the Deadzone sentry guns was smaller than I had envisioned. Mounting two tracks side by side with the gun platform on top would just look ridiculous, not to mention that a standard 25mm base wouldn't really be big enough. 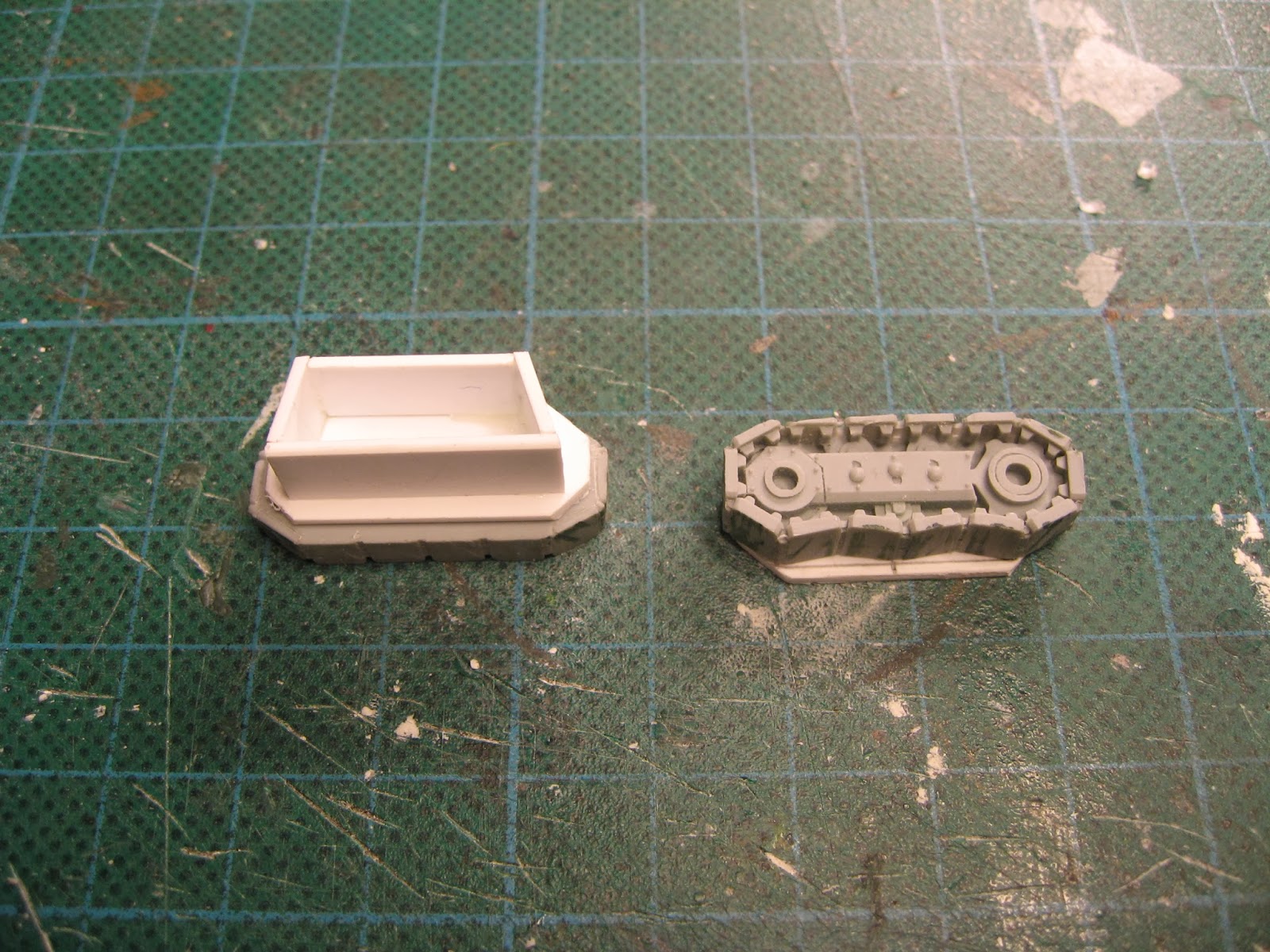 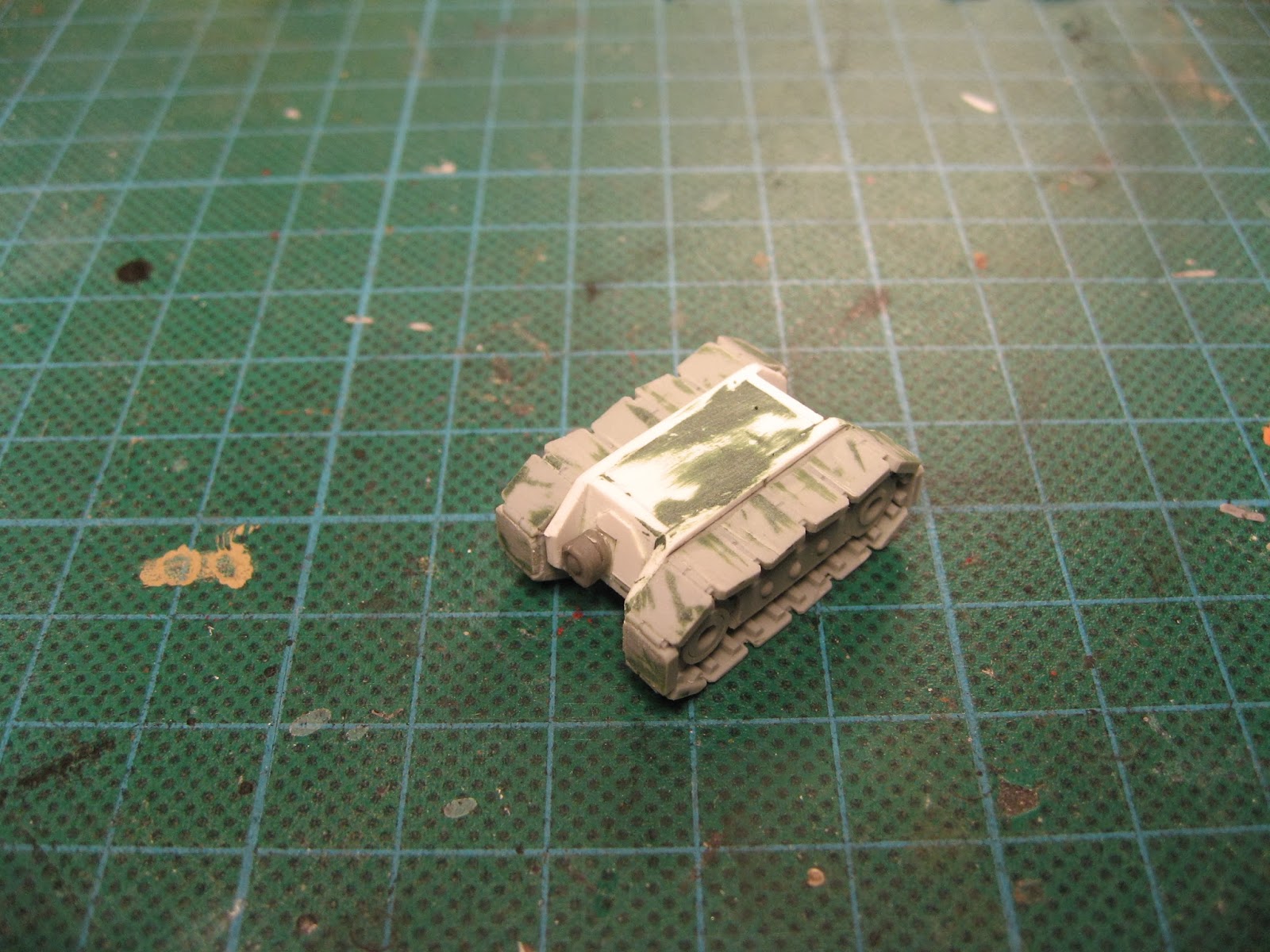 Instead I cut one of the track units in half and manufactured a simple plastikard box in between them. Ah, what would I do without plastikard? After gluing the tracks to the box it was really a simple matter of smoothing out any flaws with liquid green stuff or similar substances and adding some details to the front and back of the 'box'. 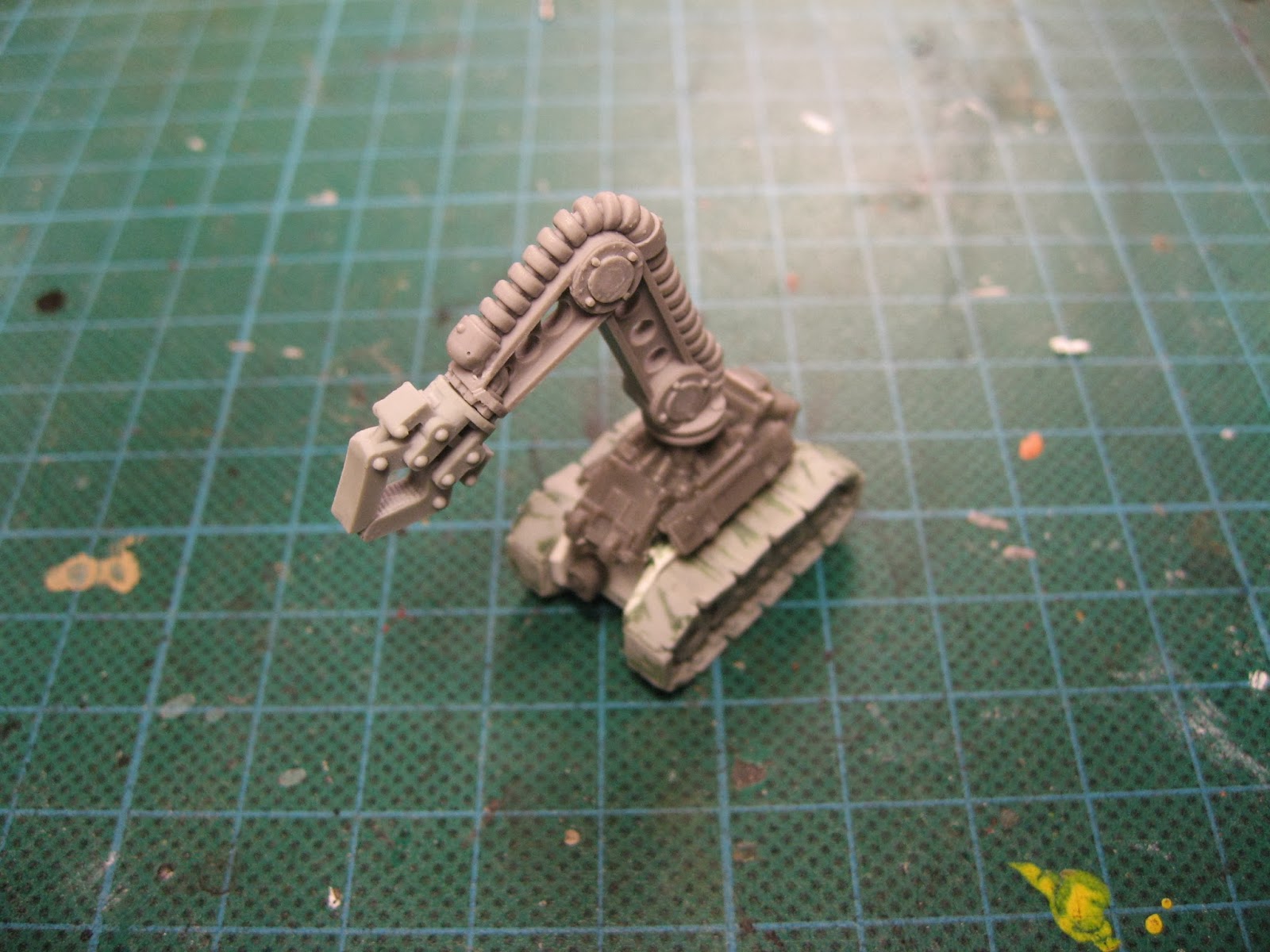 In the picture above you can see the final assembly though at the time the picture was taken, I hadn't actually glued the top parts in place. I usually find it much easier to paint models if they are in manageable sub-assemblies.