Time for an update! After reading the rules for the Thunderfire Cannon in the new Space Marine codex, I just knew I had to get one. 100 points for a reliable artillery piece is a bargain, especially when you consider the cost of the crew. A lone techmarine with the same equipment as the Thunderfire Cannon crew is 75 points, meaning that you only pay 25 points for the actual gun! 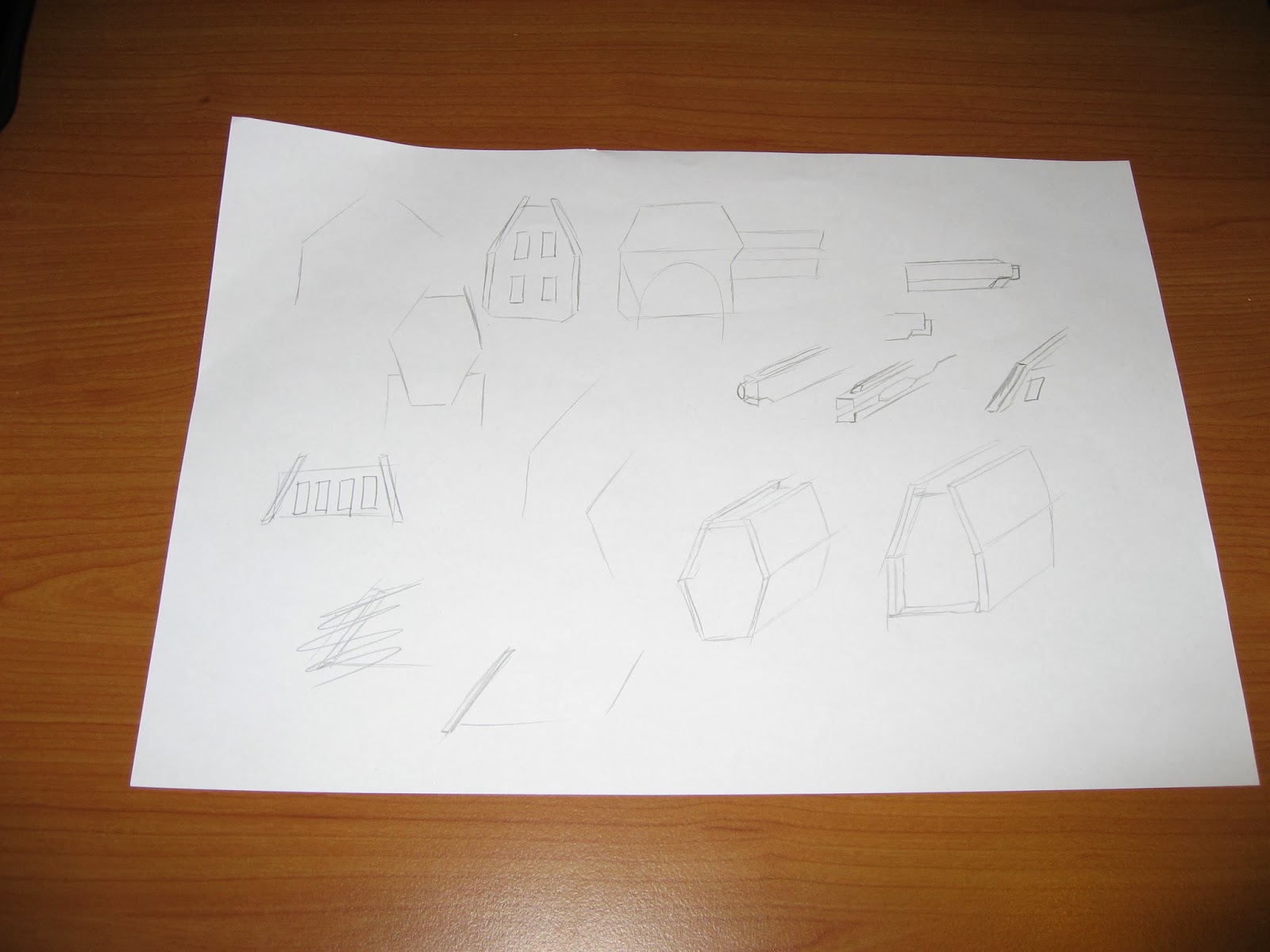 As for the build itself, it started with some sketches. This is something I consider everyone should do before starting a major build. It gives you a better understanding of what you are trying to accomplish and you can try out several ideas and concepts without wasting any plastikard. For instance, almost nothing of what can be seen in the above picture made it on to the build and yet all it cost me was a piece of paper. 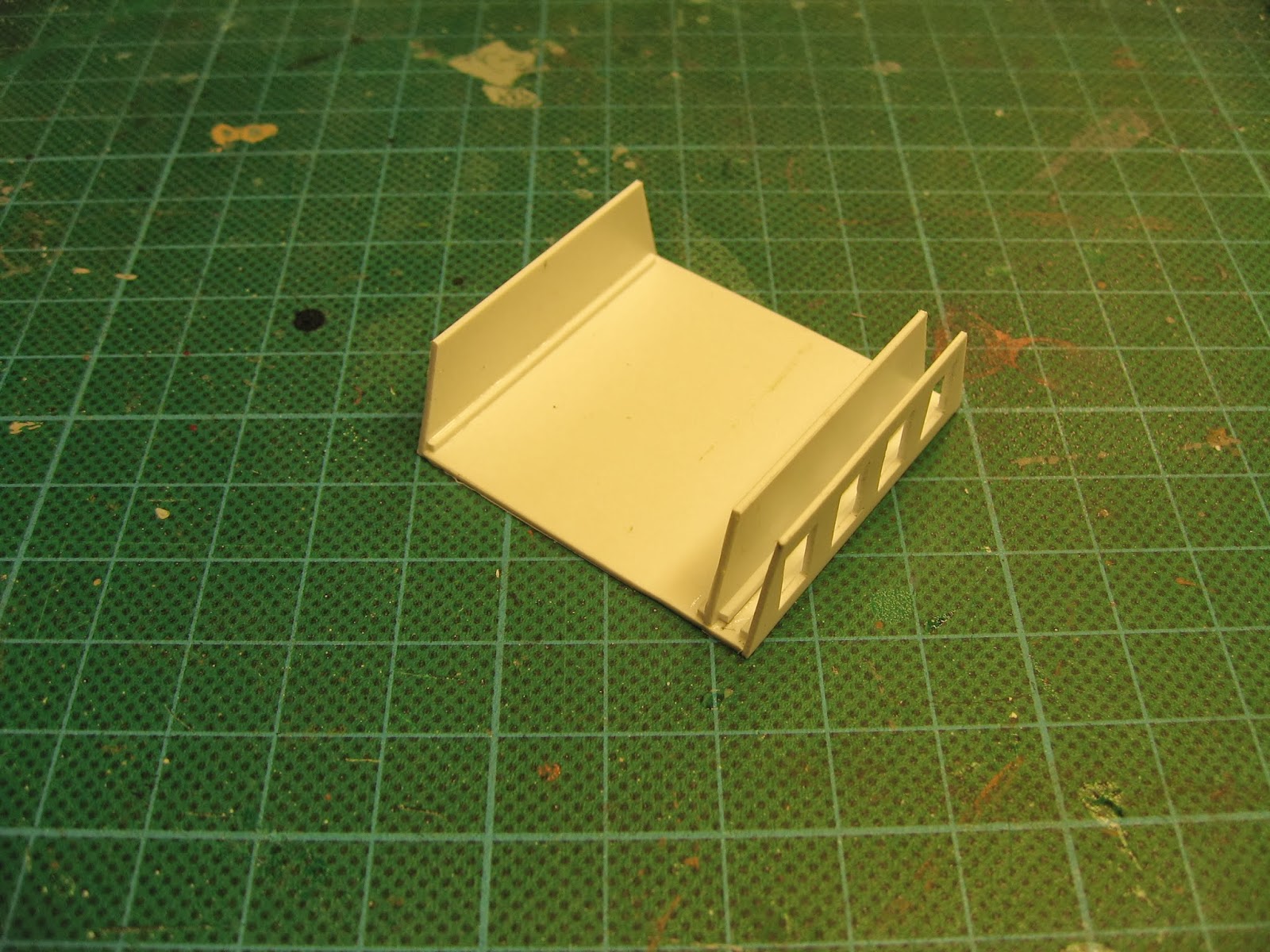 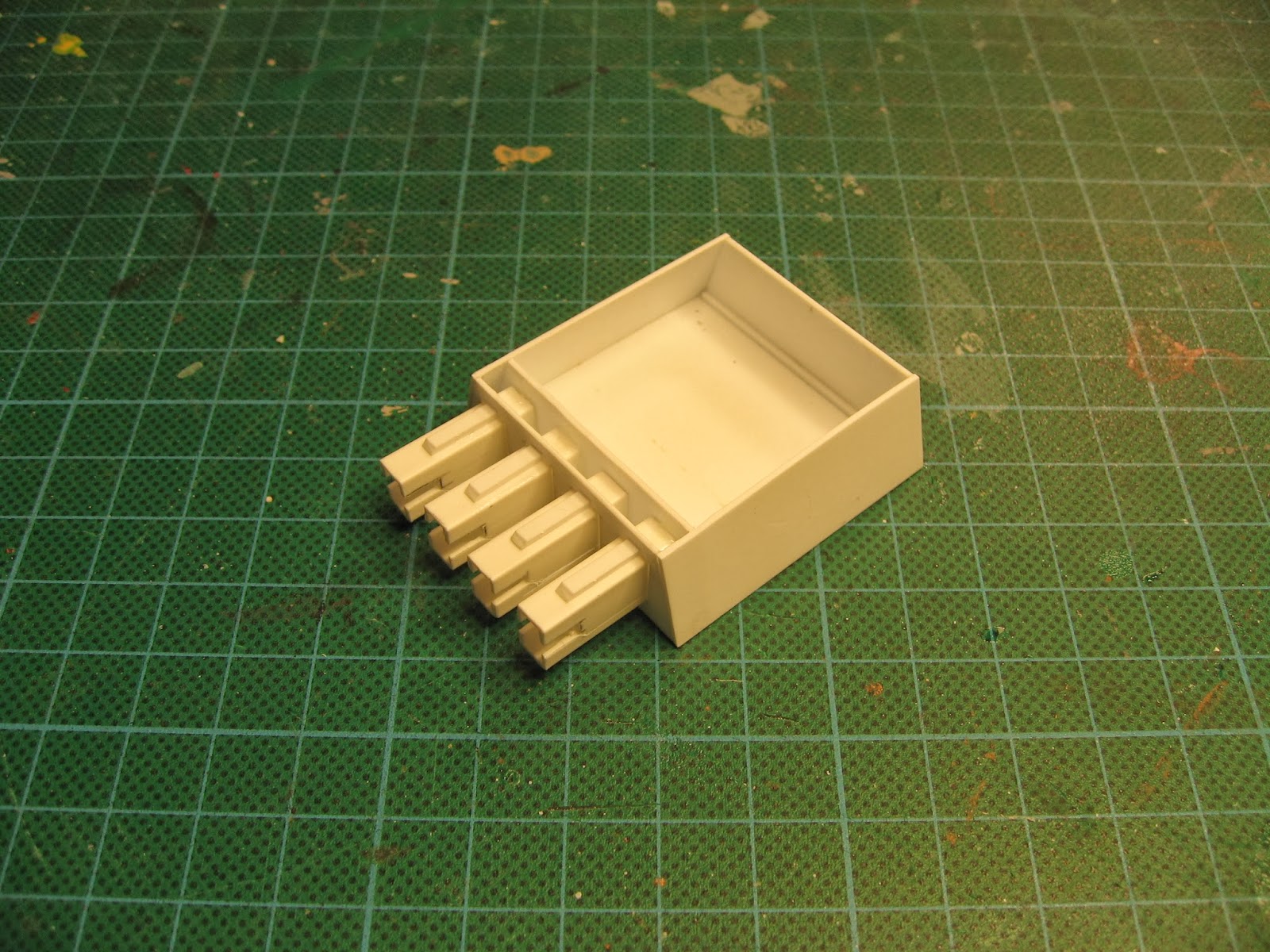 My personal take on the Thunderfire Cannon started out with a boxlike shape. I may have little talent for sculpting a human body and dynamic, flowing shapes like hair and clothes makes me cry myself to sleep, but give me straight lines, angles and something I can measure, and I can make almost anything. Hence a box, because it is always a good start. 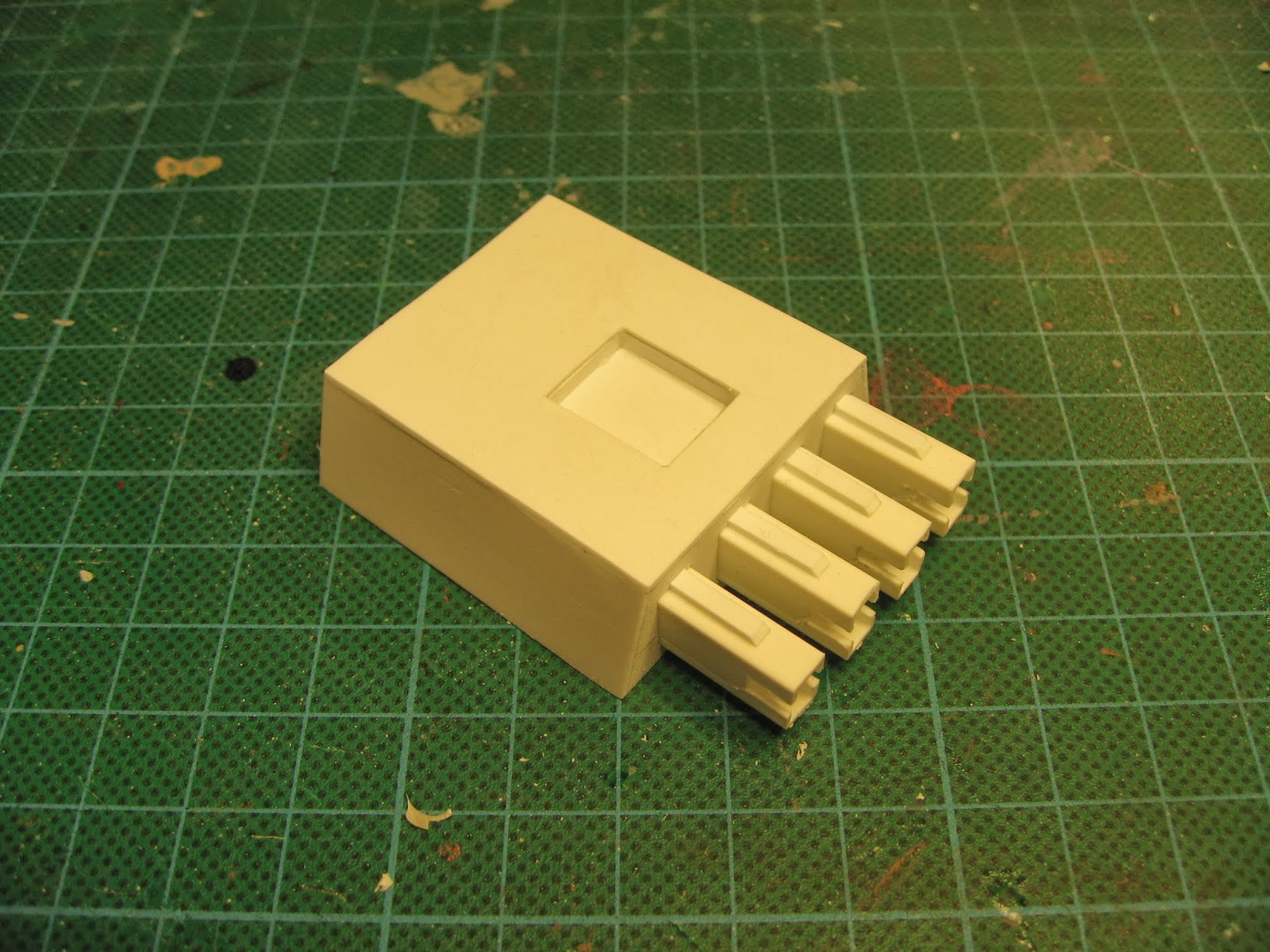 Before I finished the first box I added another inverted box on the top. This adds some extra dimension to the cannon instead of just making it a flat, boring surface. The guns are simple rectangular tubing that has had a groove cut in the middle and yet they look fairly high-tech. Later I will add some round tubing into that groove, again adding depth and dimension. 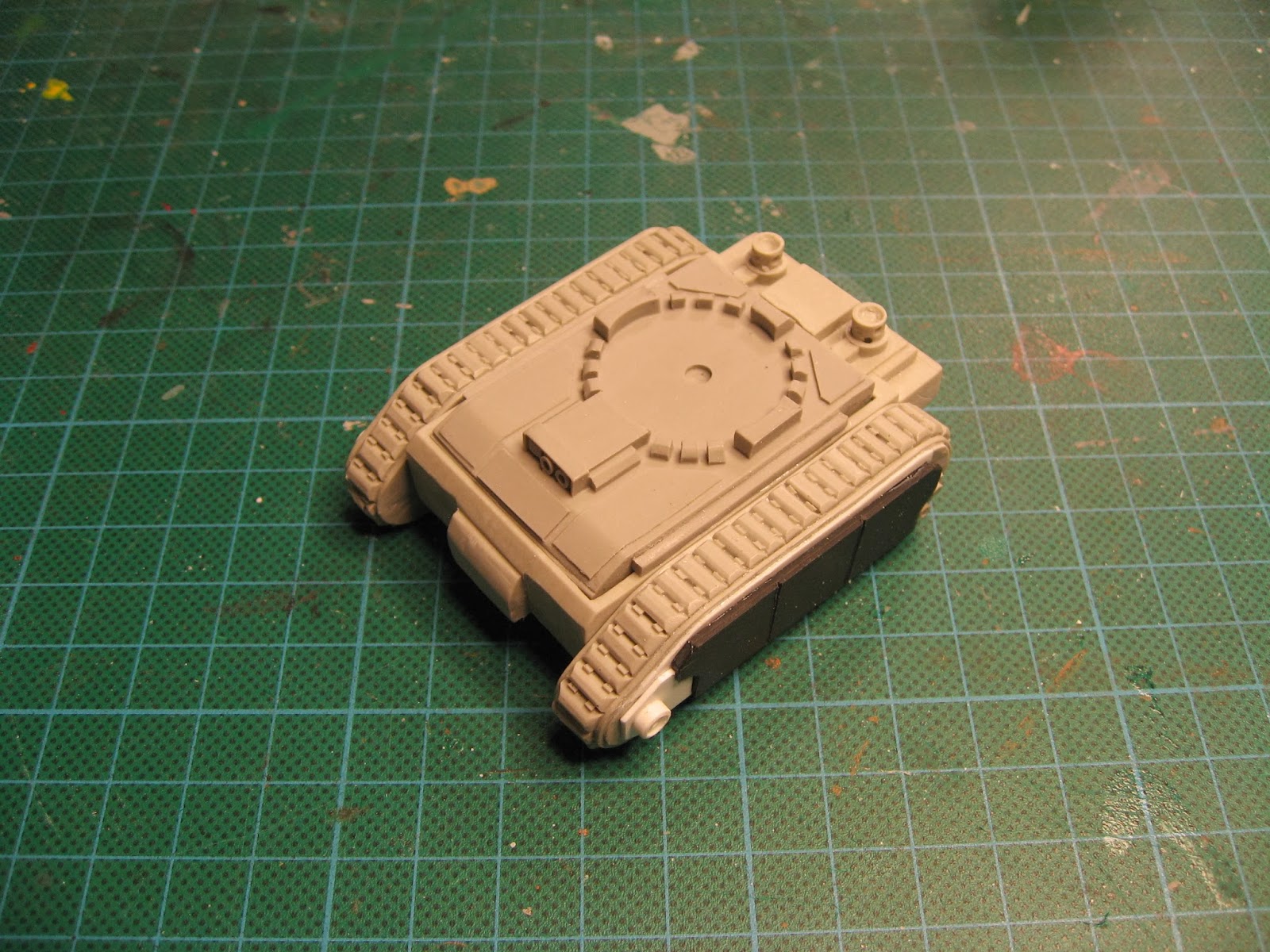 For the base of the gun I'm using a Puppets War Gatling turret platform. I bought this at the same time as the weapons for my IronRaider. The gatling gun won't be used here, instead it will later become the main weapon on my Iron Raider Crusader variant.

A word of caution however. Normally I'm very happy with the items I buy from Puppets War. Not so this time. While the main body was fairly decent, the tracks were quite badly cast, more specifically the sides. I had already planned to remove some of the moulded details to add my own touch but in this case it became an absolute necessity. Gone is almost all the detail, replaced by fairly simple plastikard plates. 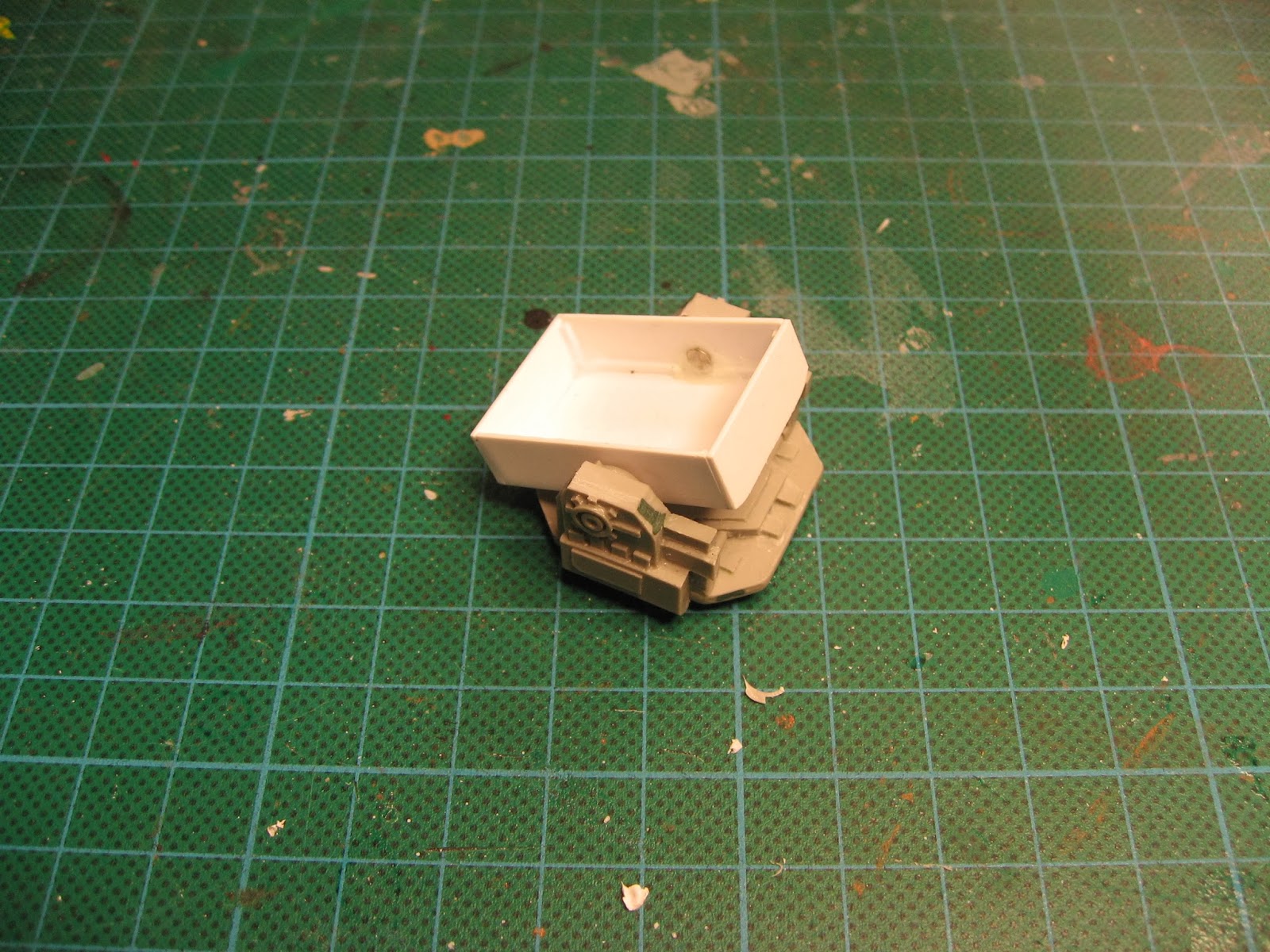 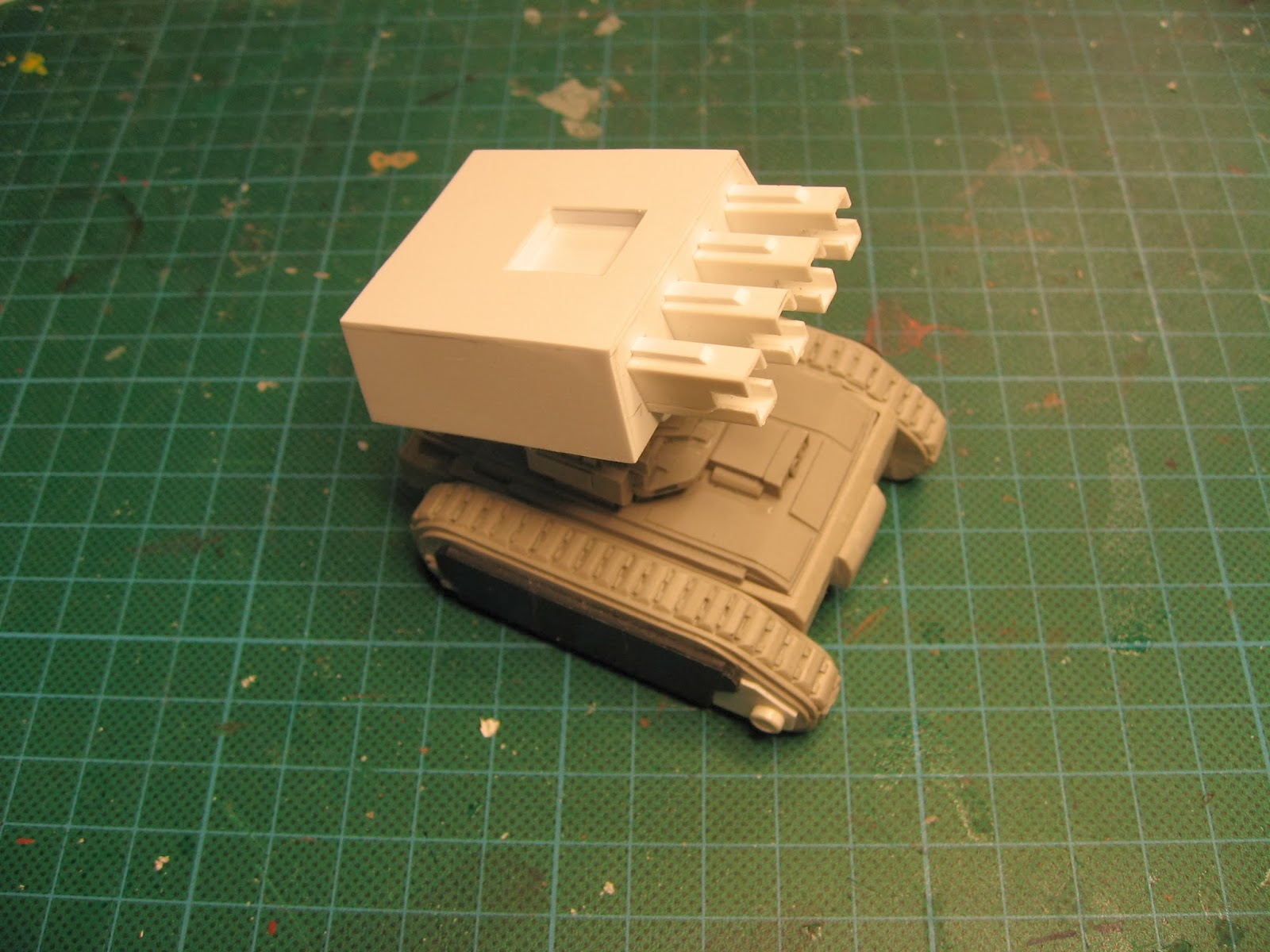 The parts intended to hold the gatling gun ended up holding my Thunderfire cannon instead. Another, smaller box, was created to fit in the vacuum left by the gatling gun and the main body of the thunderfire cannon was fitted on top of this. At this stage I realised that the finished model would probably be quite big, but since I have no official model to compare it to it will just have to do.
Upplagd av Macross_VF1 kl. 23:15:00