My latest project has been a scratchbuild commission of a Hutt asteroid base. This was not only supposed to be used as terrain for Star Wars: X-wing but also as a model for roleplaying games. The commissioner wanted it to have a foot print no larger than an Ipad and include a fairly big landing pad so X-wing models could land on it. Never one to turn down a new and interesting challenge, I eagerly accepted the commission. 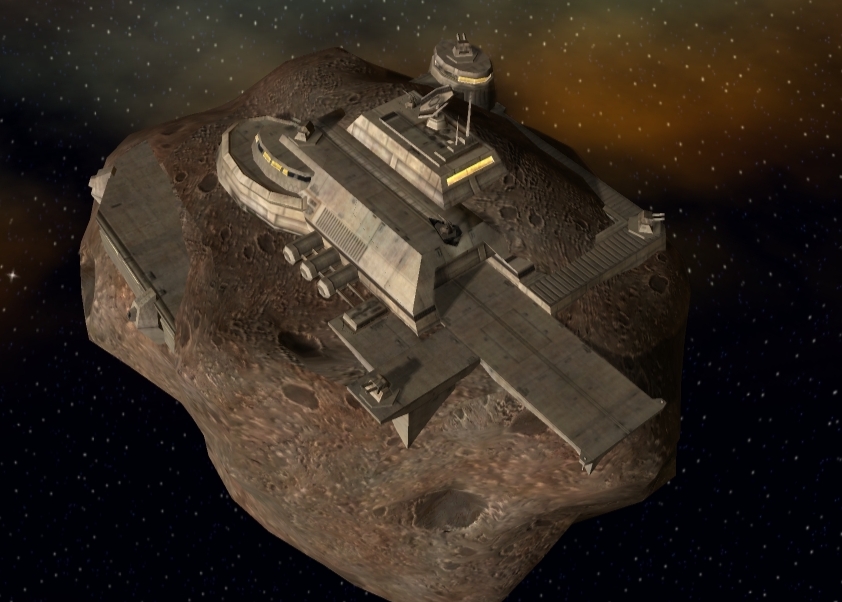 The commissioner supplied the above picture as an example of what he wanted and I thought it looked so good that I used it as the basis for the entire build. I'm not quite sure where the picture originates from but if I had to make a guess I would say Star Wars Galaxies. 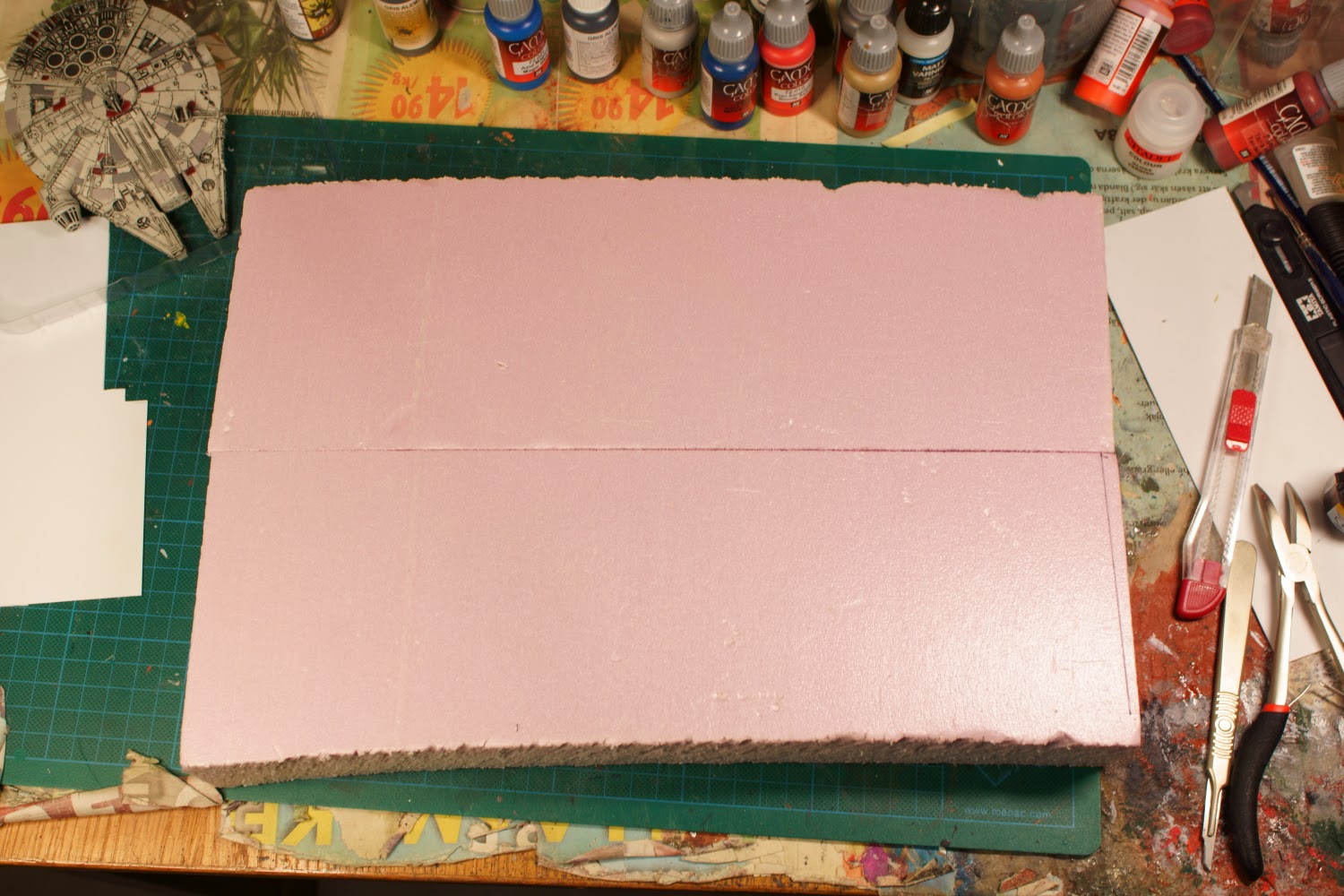 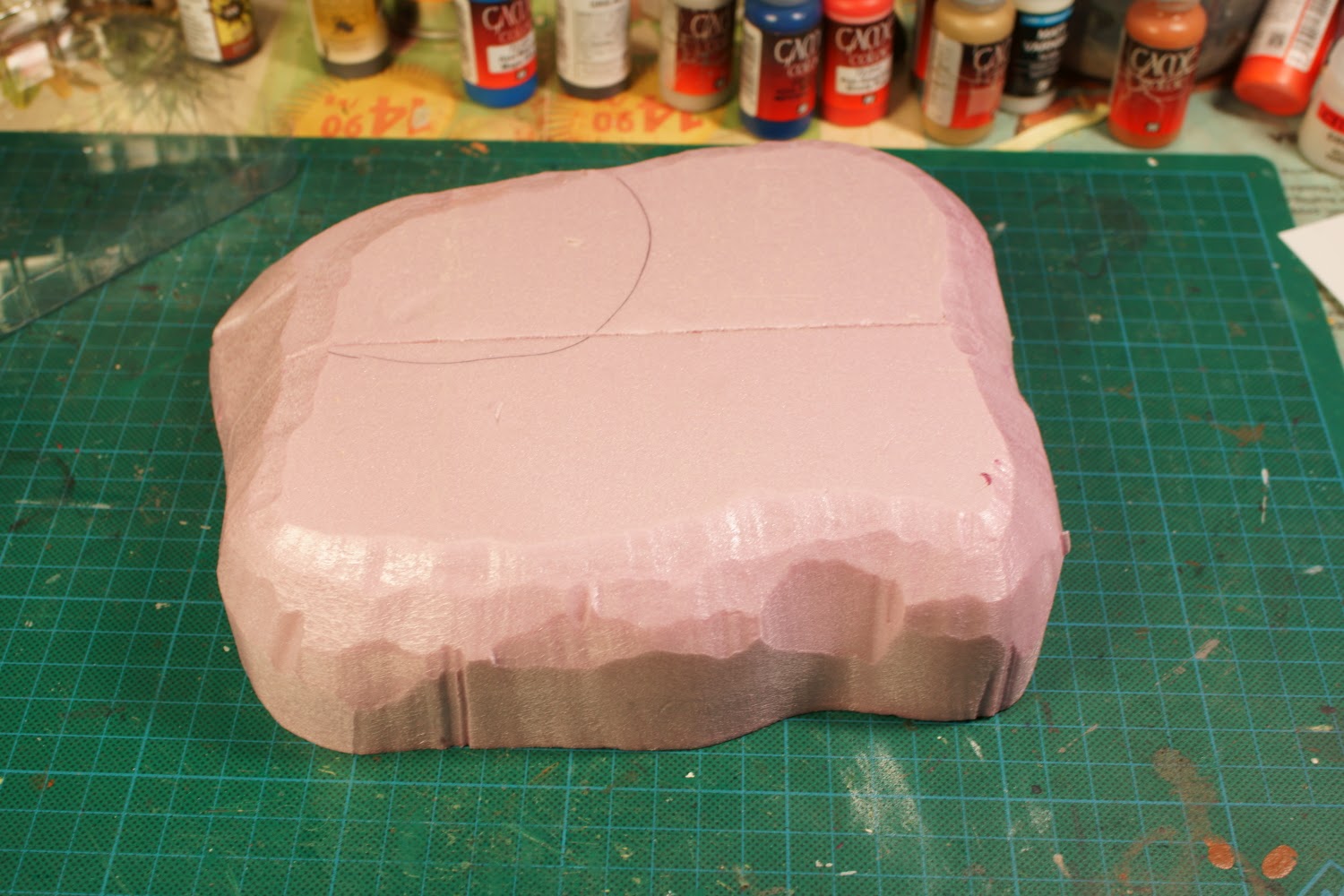 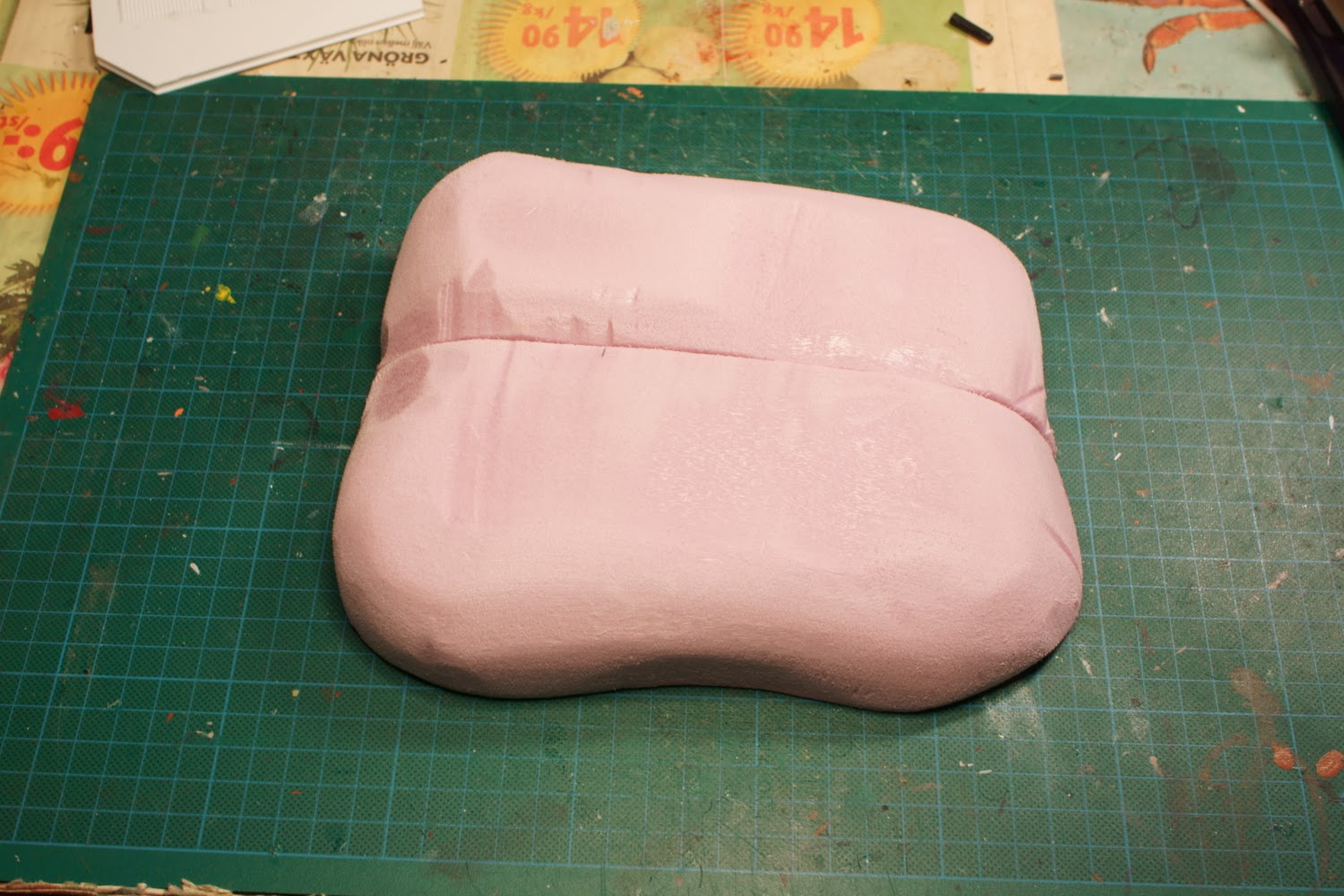 Two blocks of pink/purple styrofoam formed the basis of the asteroid. It was decided fairly early on to make it flat and only detail the 'top half' of the asteroid as this made the model more practical and easier to build as well. Next I carved out a rough shape with my hot wire cutter and later sanded down an rough areas. I didn't glue the two pieces together at this stage, otherwise I wouldn't have been able to quite reach everywhere with my wire cutter. Instead I stuck some toothpicks
into one part and pressed it flush against the other part. Simple yet effective. 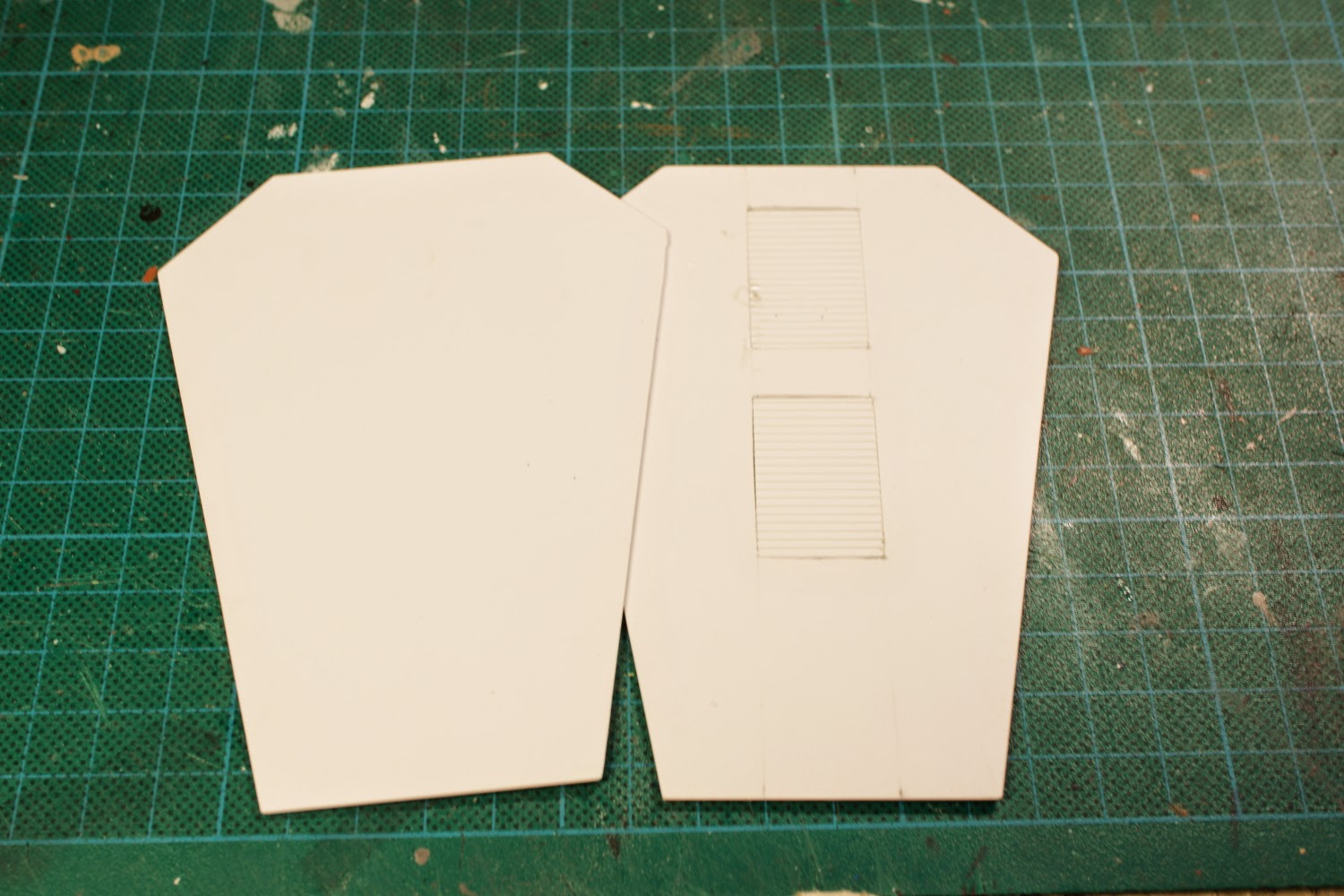 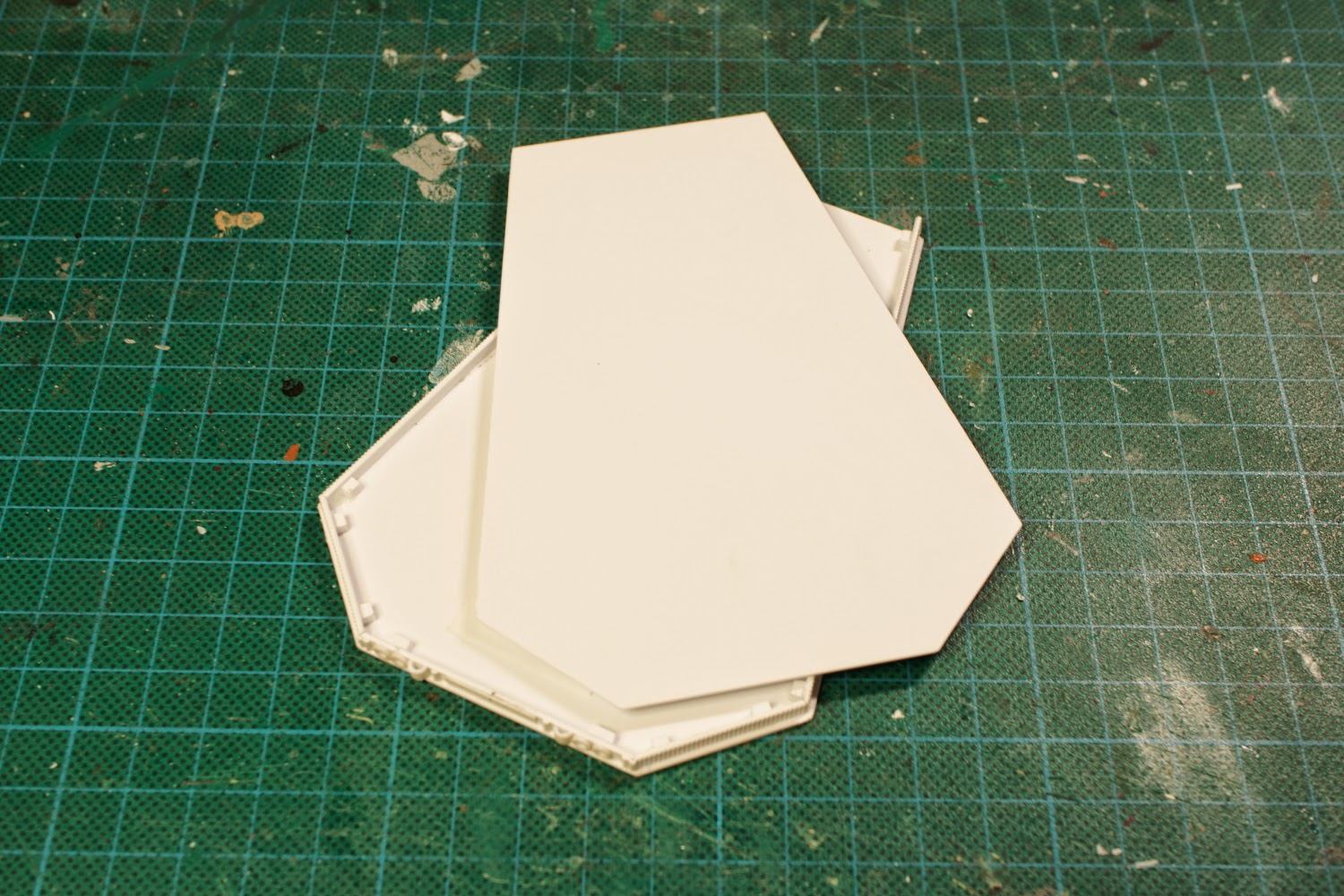 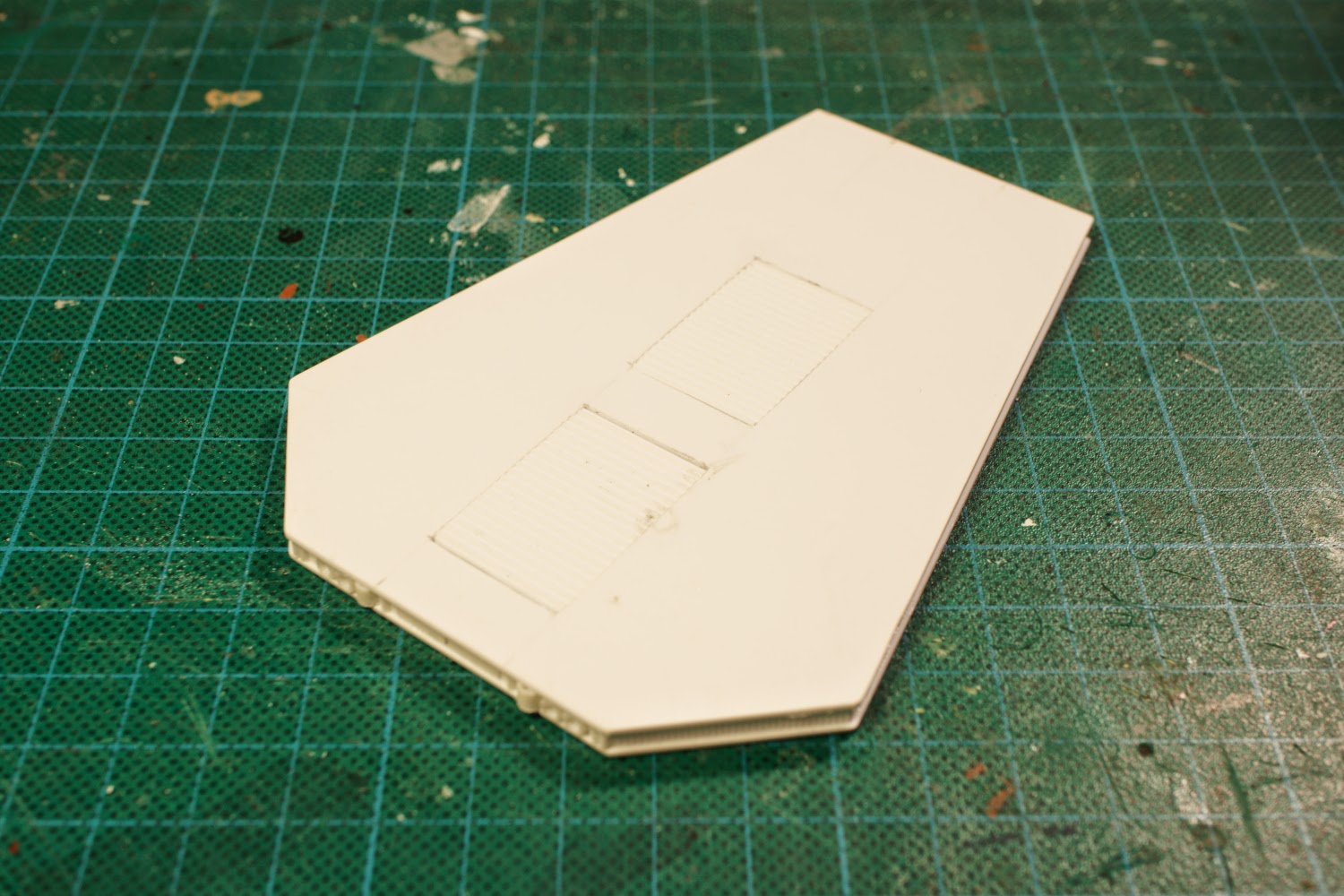 The landing pad was the first structure that I began working on. I took my inspiration from space stations in the old Tie Fighter computer game and tried to create something similar. My thinking was that since this was supposed to be a smuggler hideout, it wouldn't be unreasonable to expect the builders of the place to have scrounged up/stolen parts of a bigger space station. 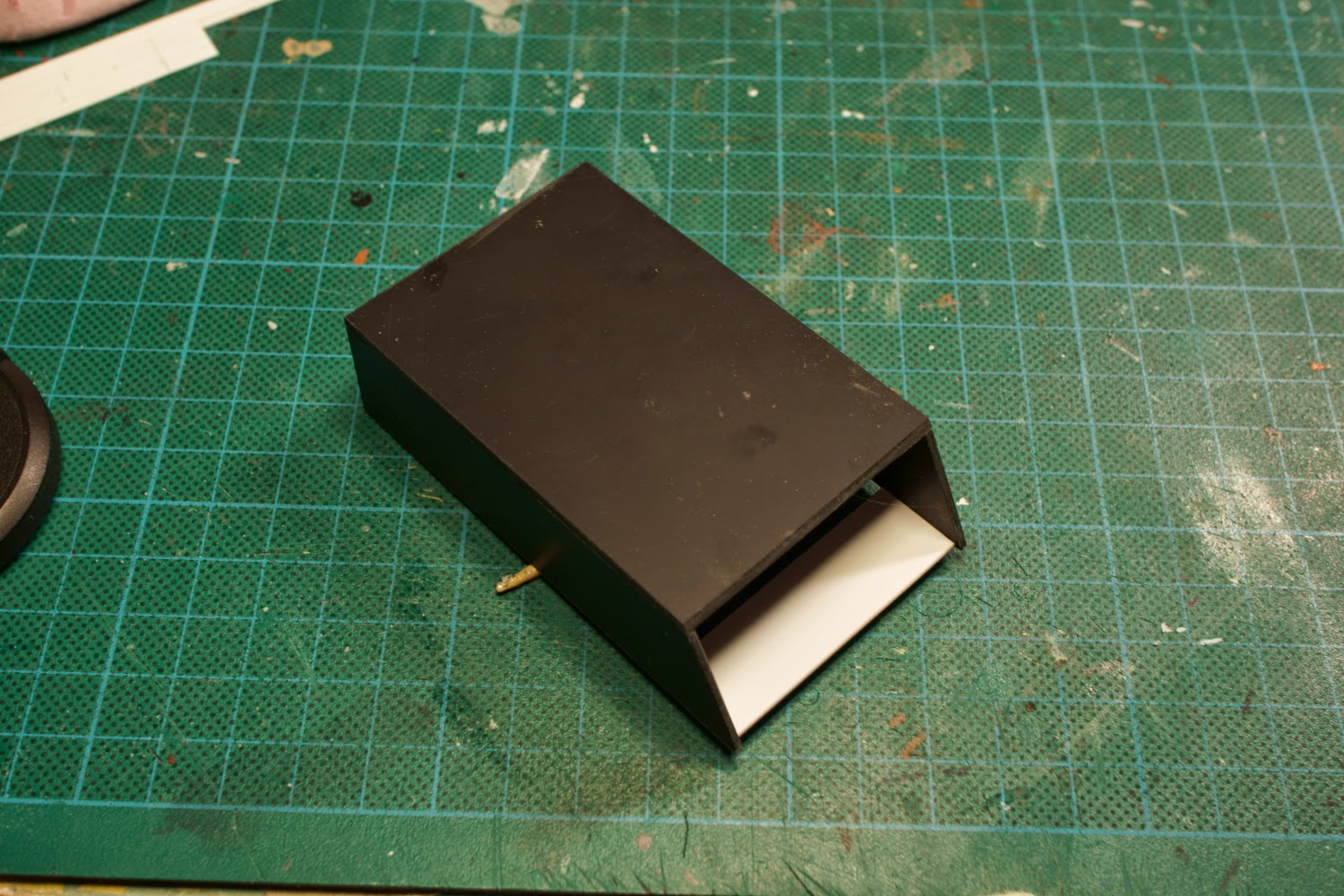 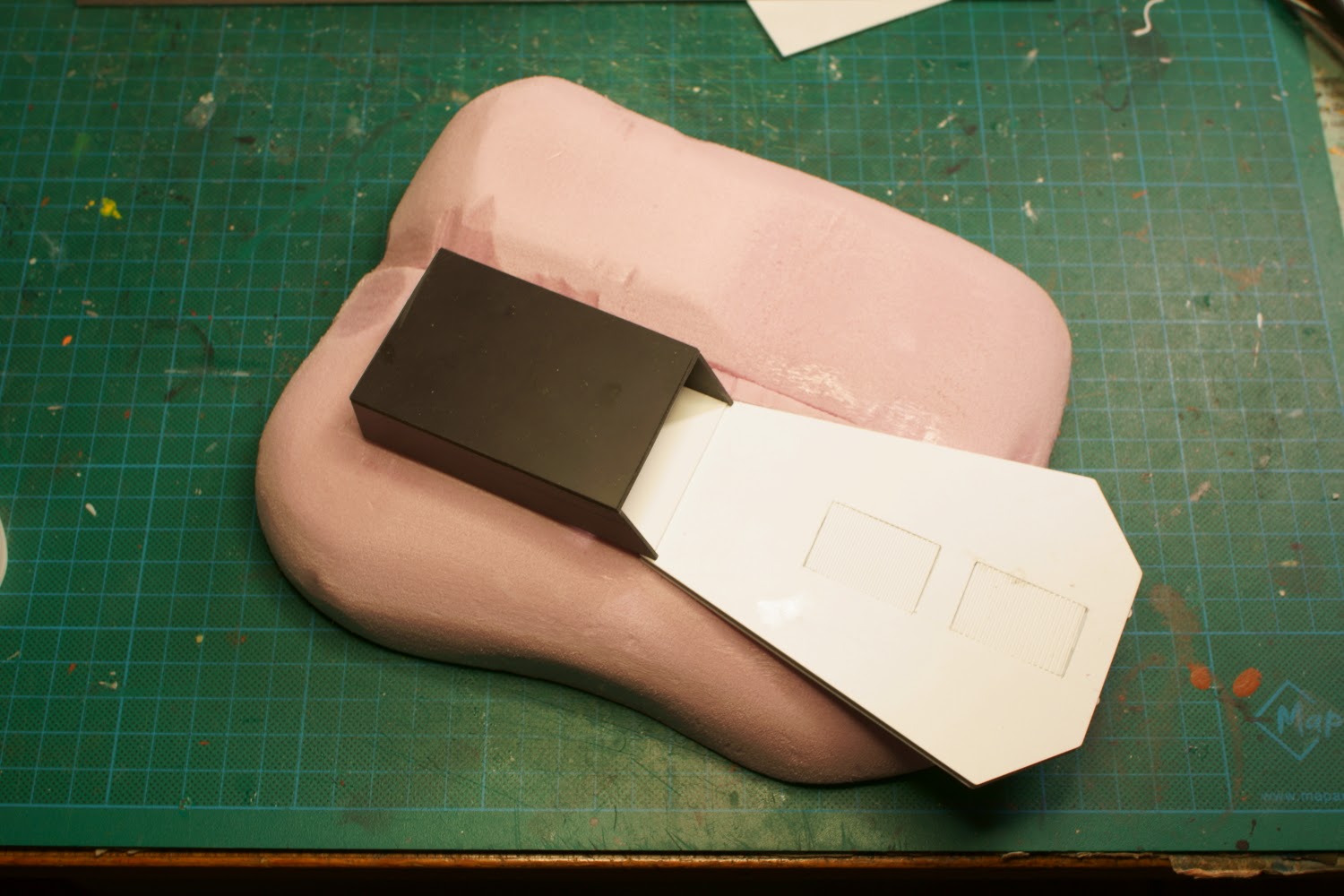 The hangar is a rather simple box like construct that I made sure to attach firmly to the landing pad as soon as I was finished with it. Carving out a space for the combined structure wasn't quite as easy as I had initially hoped due to the curved surface. 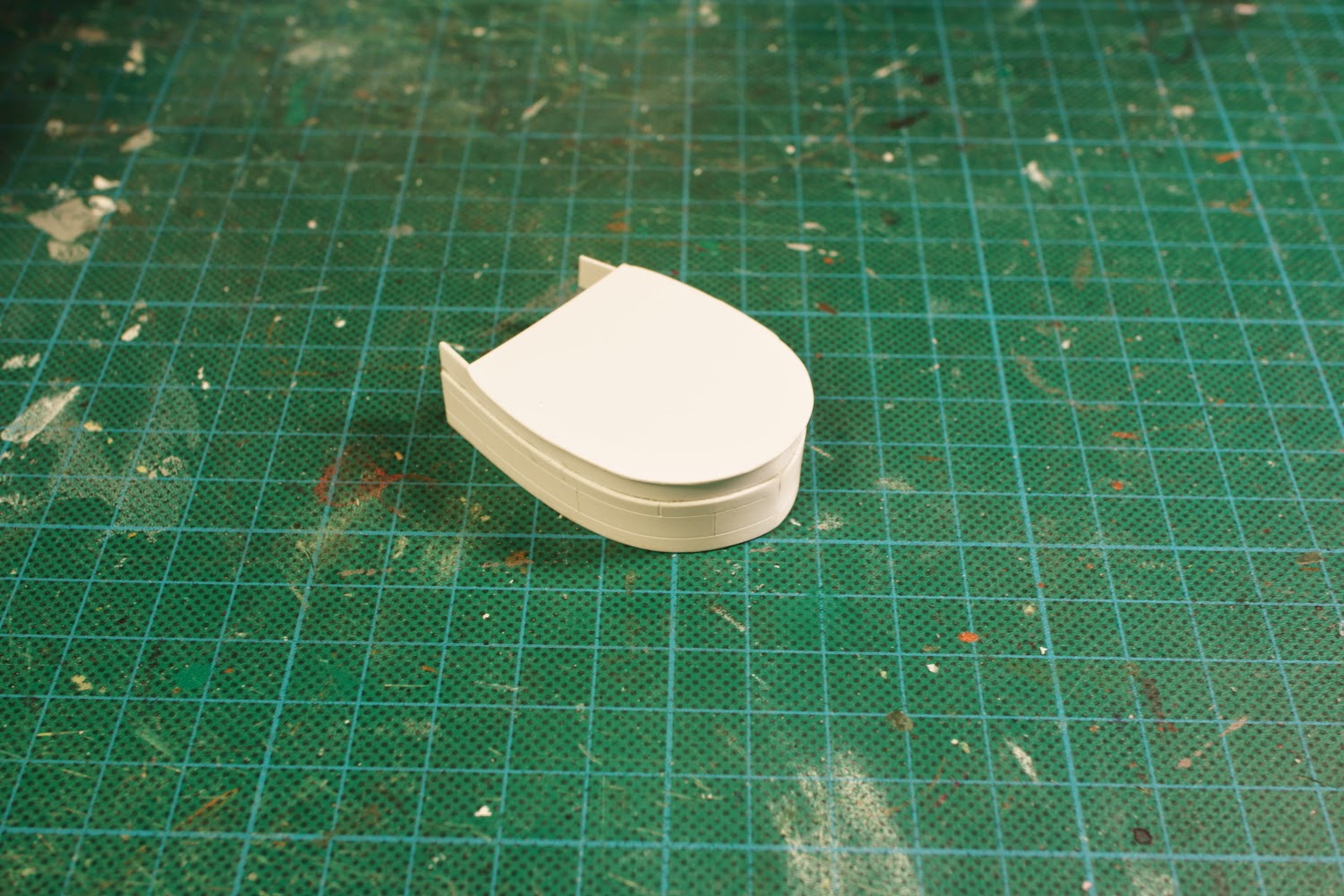 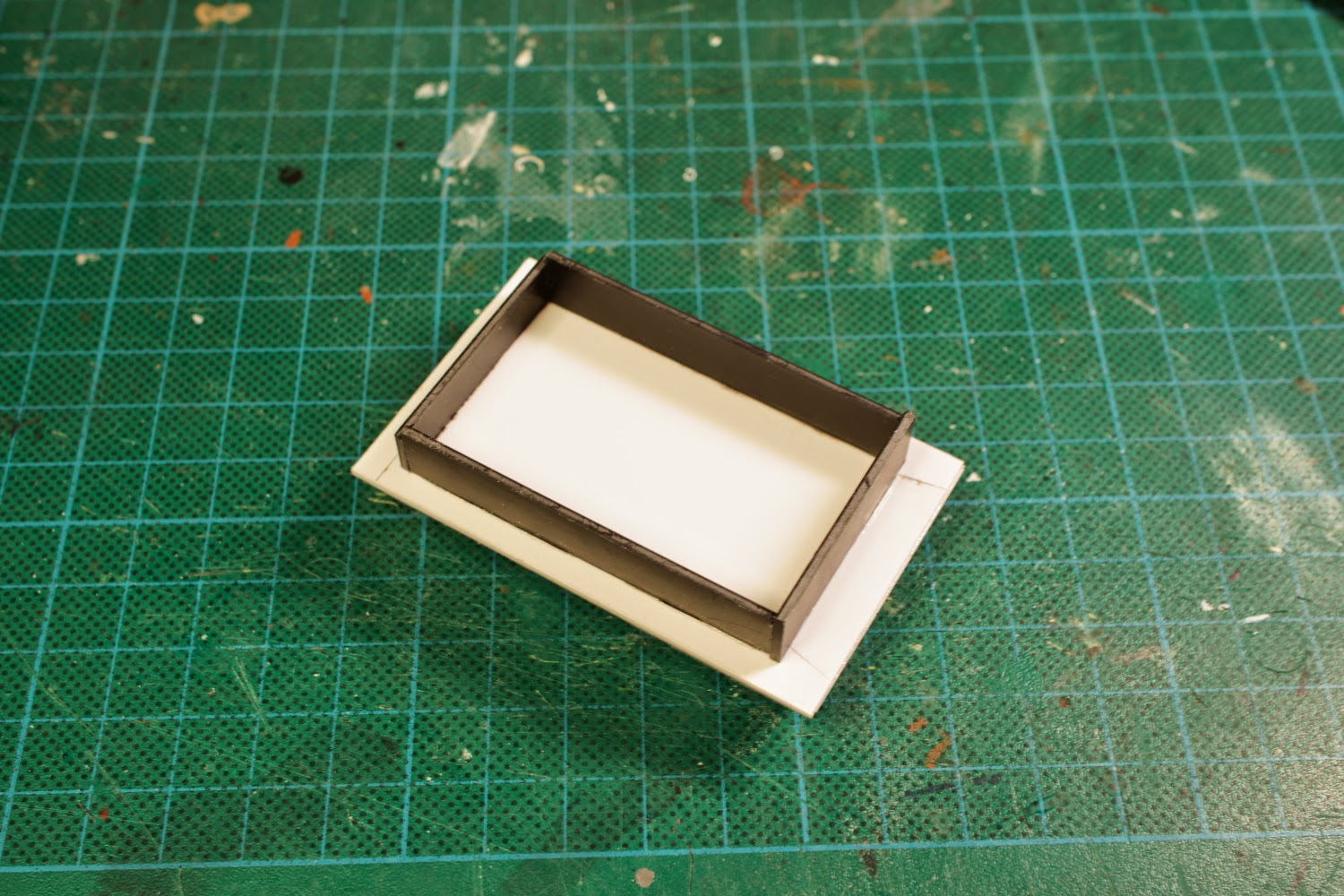 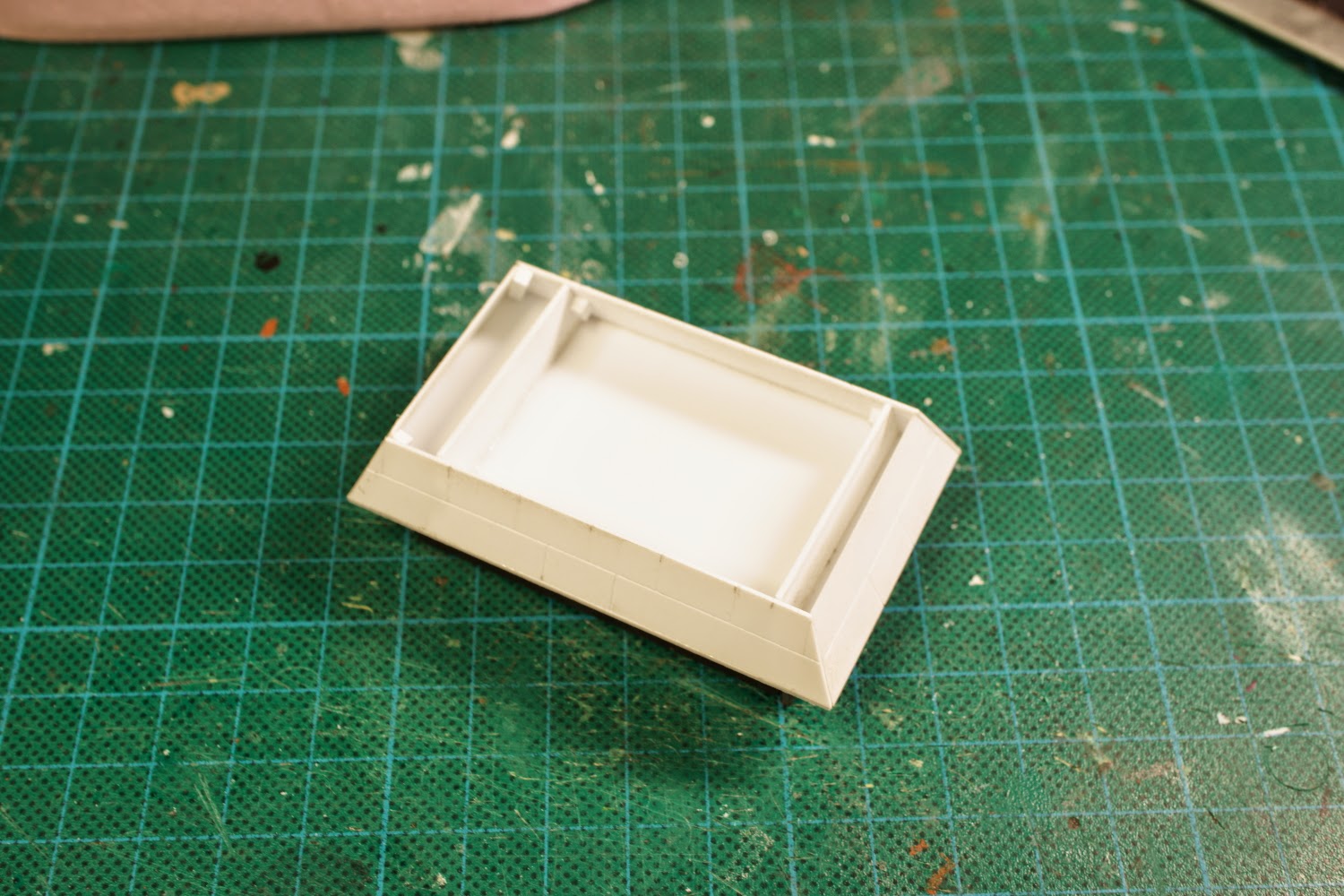 The cantina (also known as the Hutt toilet seat) and the command bunker/living quarters was next to be built. These two were later intended to be combined just like the landing pad and hangar but as they were on two different levels (the command bunker was raised a bit over the asteroid and placed on the highest point as well) it proved far harder than I had anticipated. 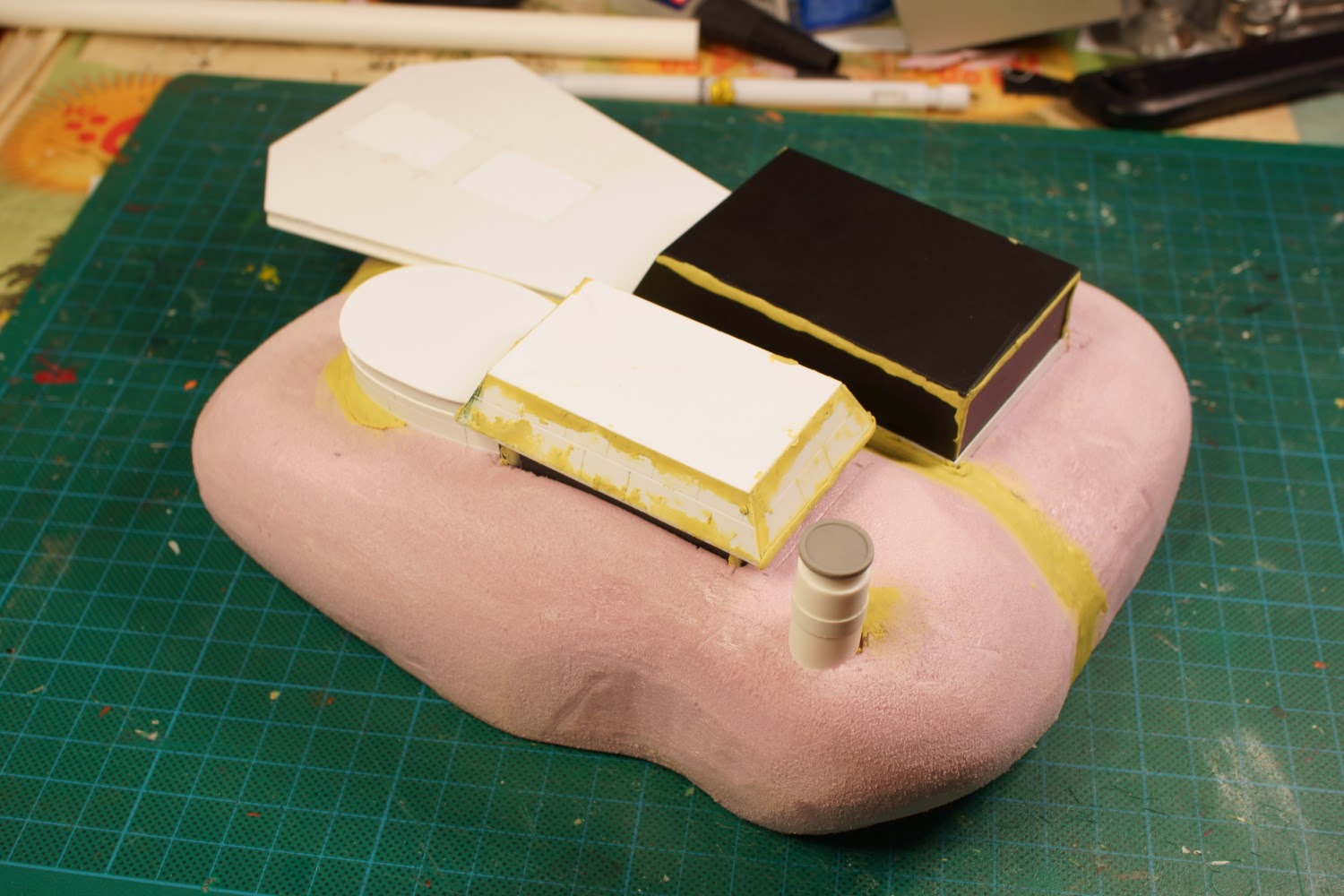 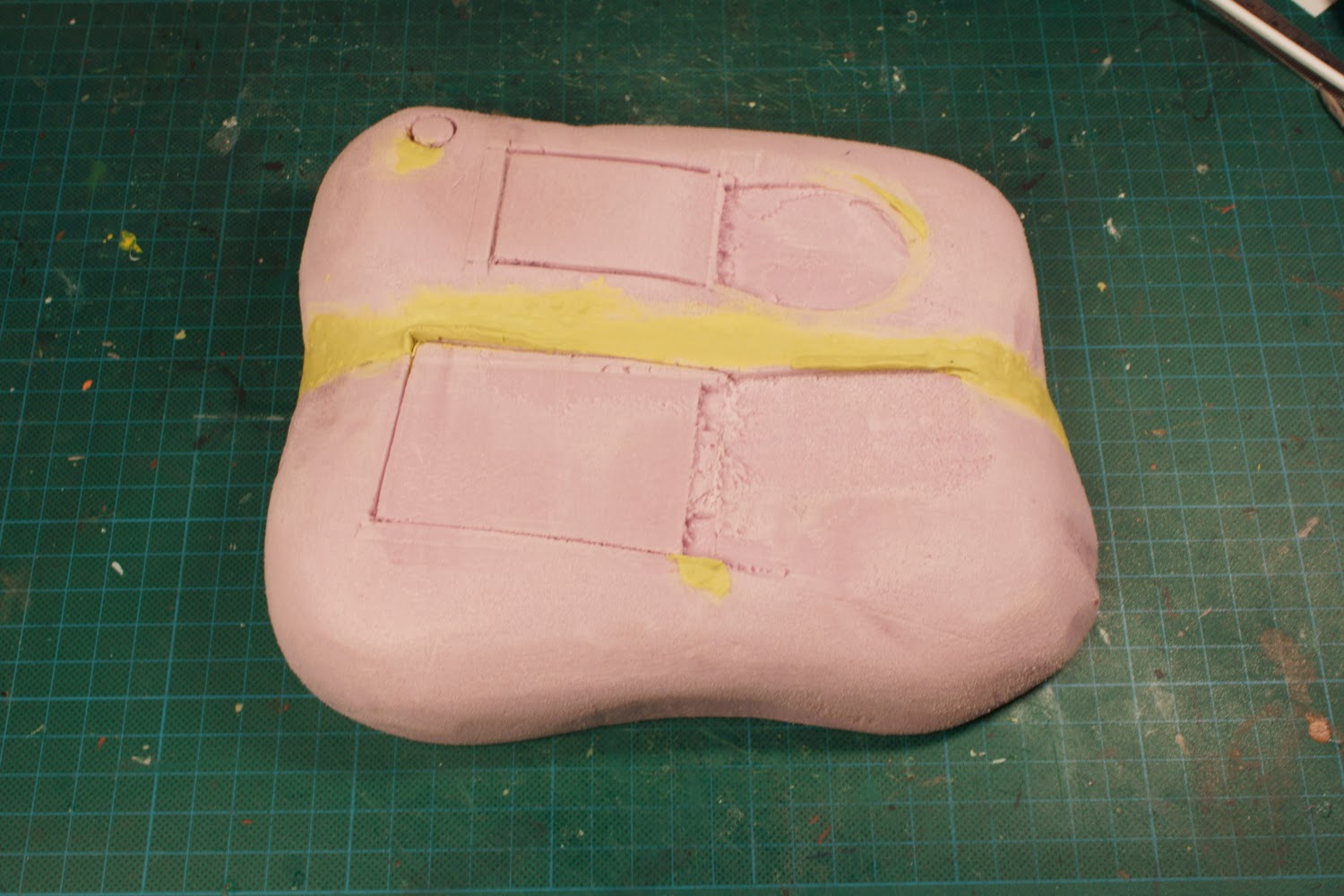 To round out the structures I build a small tower behind the command bunker that was intended to be a sort of observation post/turret. Next I could finally start filling up some holes and flaws with milliput and liquid green stuff. I also glued together the styrofoam pieces and covered the seam between them with even more milliput.

The second picture shows the final placement of the buildings. As I stated earlier this was not quite as easy as I had hoped and I didn't manage to get the buildings quite as parallel to each other and as horizontally level as I wanted. On the other hand, going back to the story of the base, any smuggler operating from the base would probably be more concerned with other things (bounty hunters for instance) than how the buildings were placed.
Upplagd av Macross_VF1 kl. 21:59:00