It certainly took a while but I've finally been able to finish a project that I've put on the back burner for at least half a year. Repaints of my three TIE Fighters. Yes, MY ships! I've always planned to repaint all of the ships in my collection though finding time to do so is difficult with all the commissions that take up my time. Since I finally found some free time and was going to use these ships in a tournament, I figured it was their chance to get a new coat of paint. 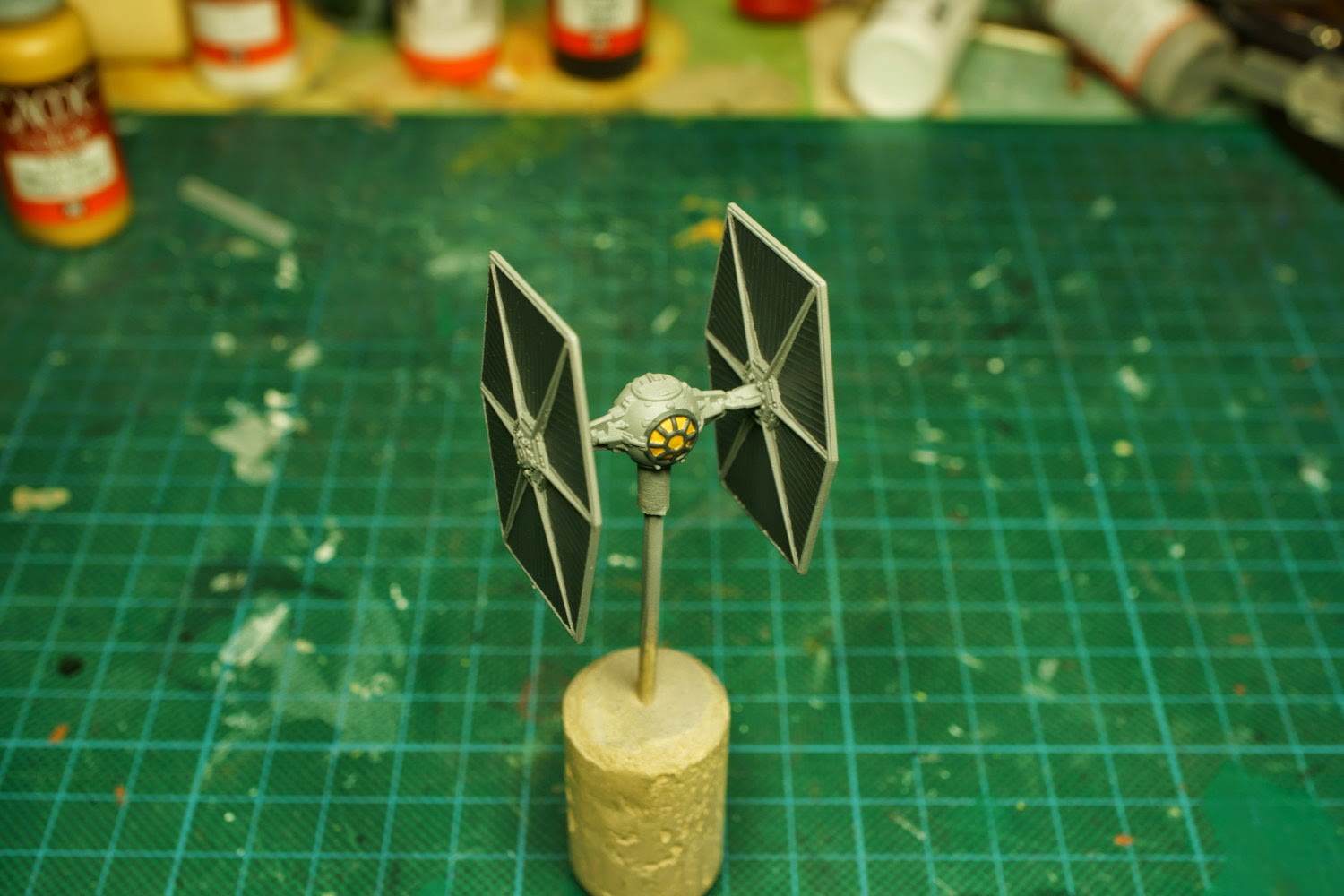 As far as repaints go, these has been fairly simple, as imperial ships often are rather boringly grey and uniform. After a coat of Vallejo grey (601), I basecoated the model with VGC Cold Grey. The solar panels was painted with VMC German Grey (Or rather Vallejo Model Air as I was out of normal Model Colour) and the cockpit window was painted with VGC Plague Brown. I also painted the frame for the window with German Grey. 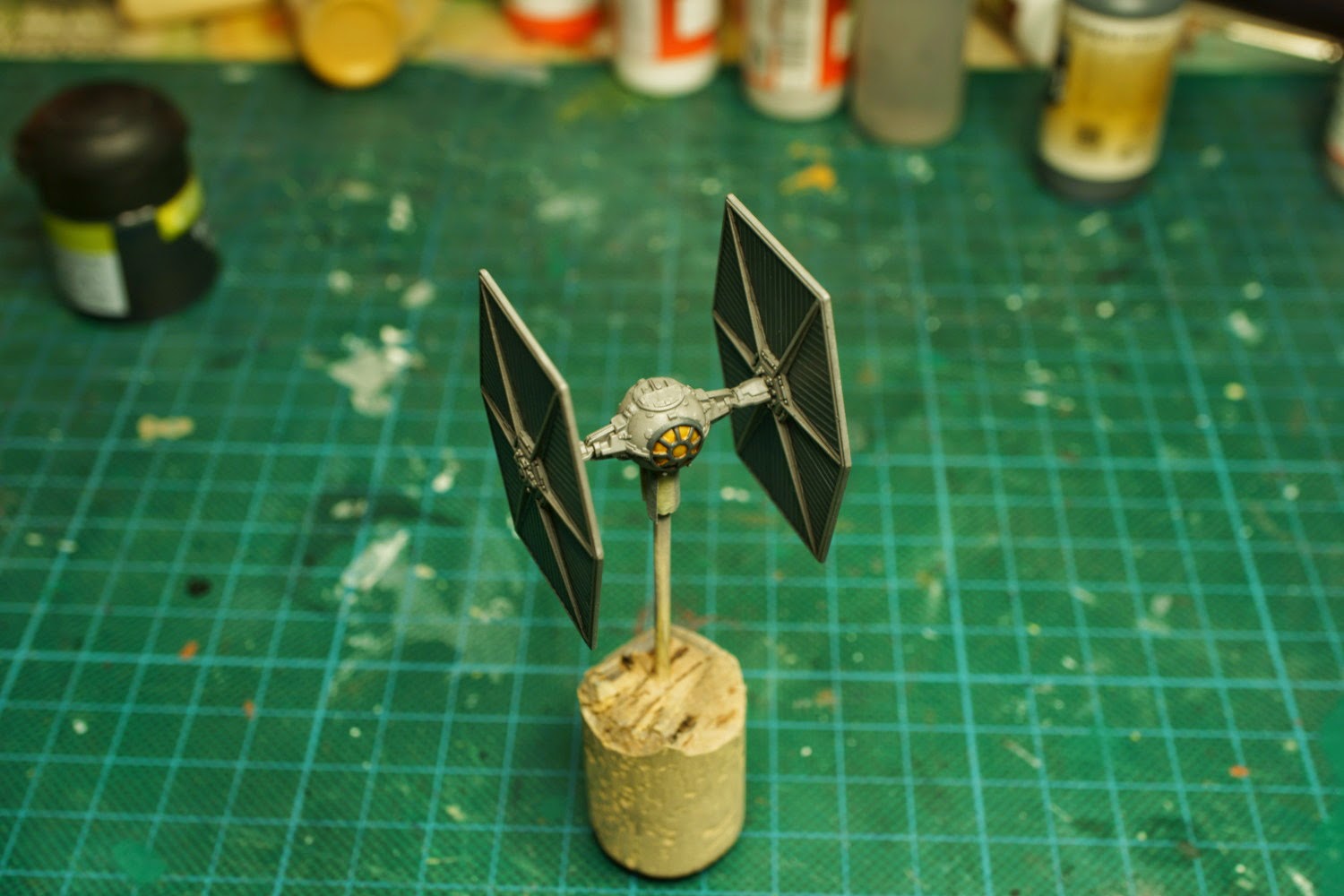 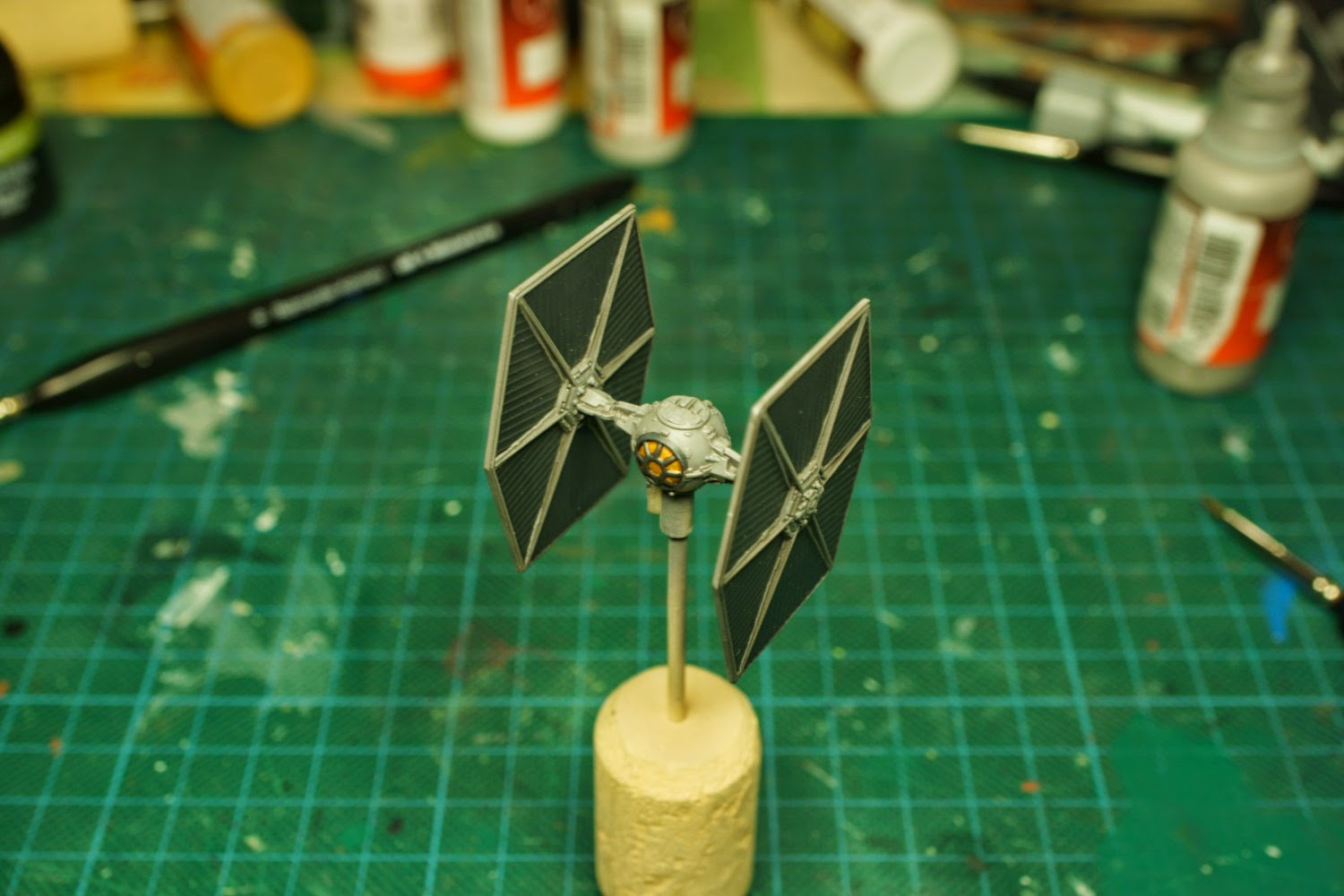 Most of the model was washed with Army Painter Dark Tone ink. The panels were left unwashed and any spills was cleaned up with the base colour while I washed the window with old GW Devlan Mud. After the wash had dried I drybrushed Cold Grey onto the middle pod and the hubs of the solar panels to restore the base colour. 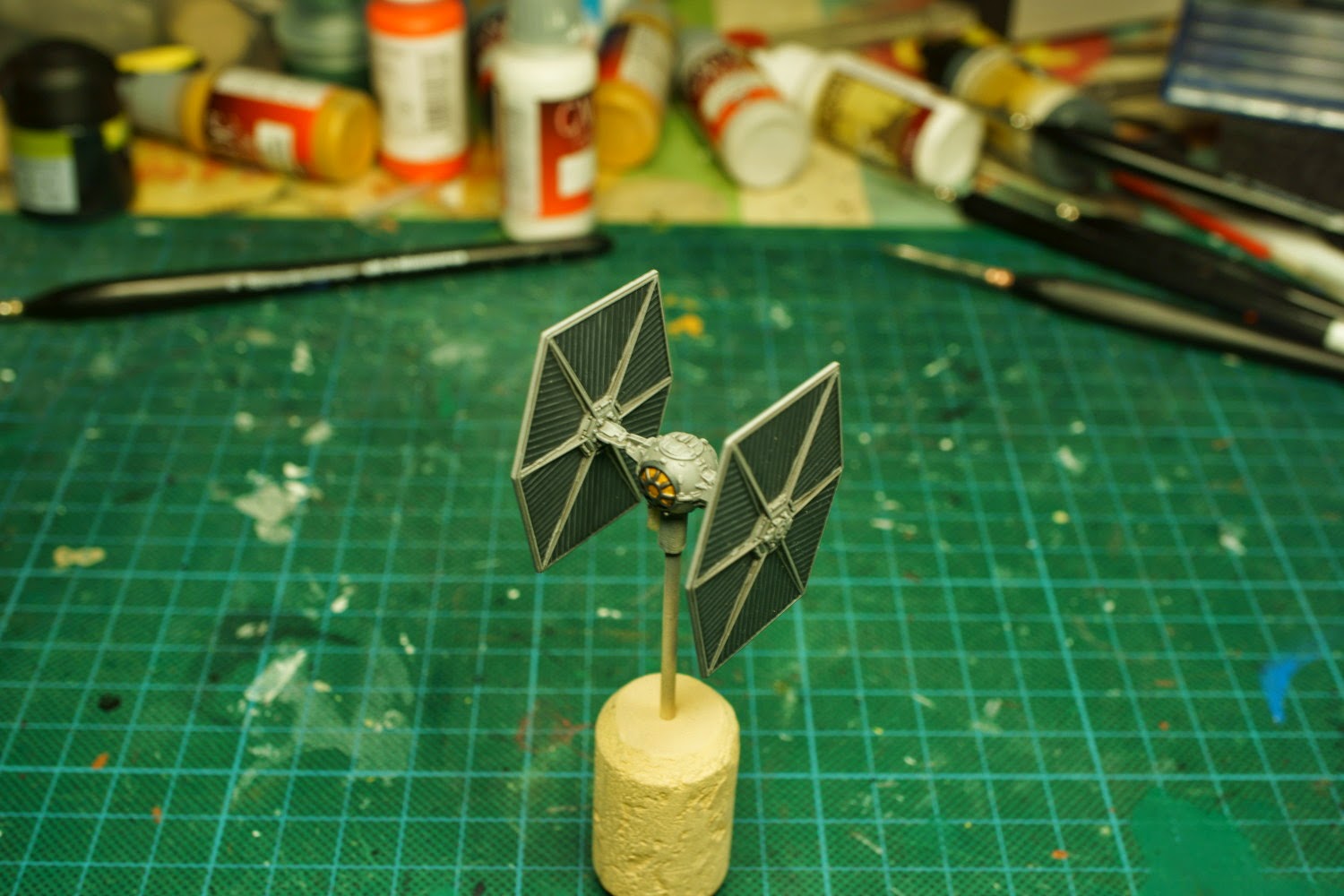 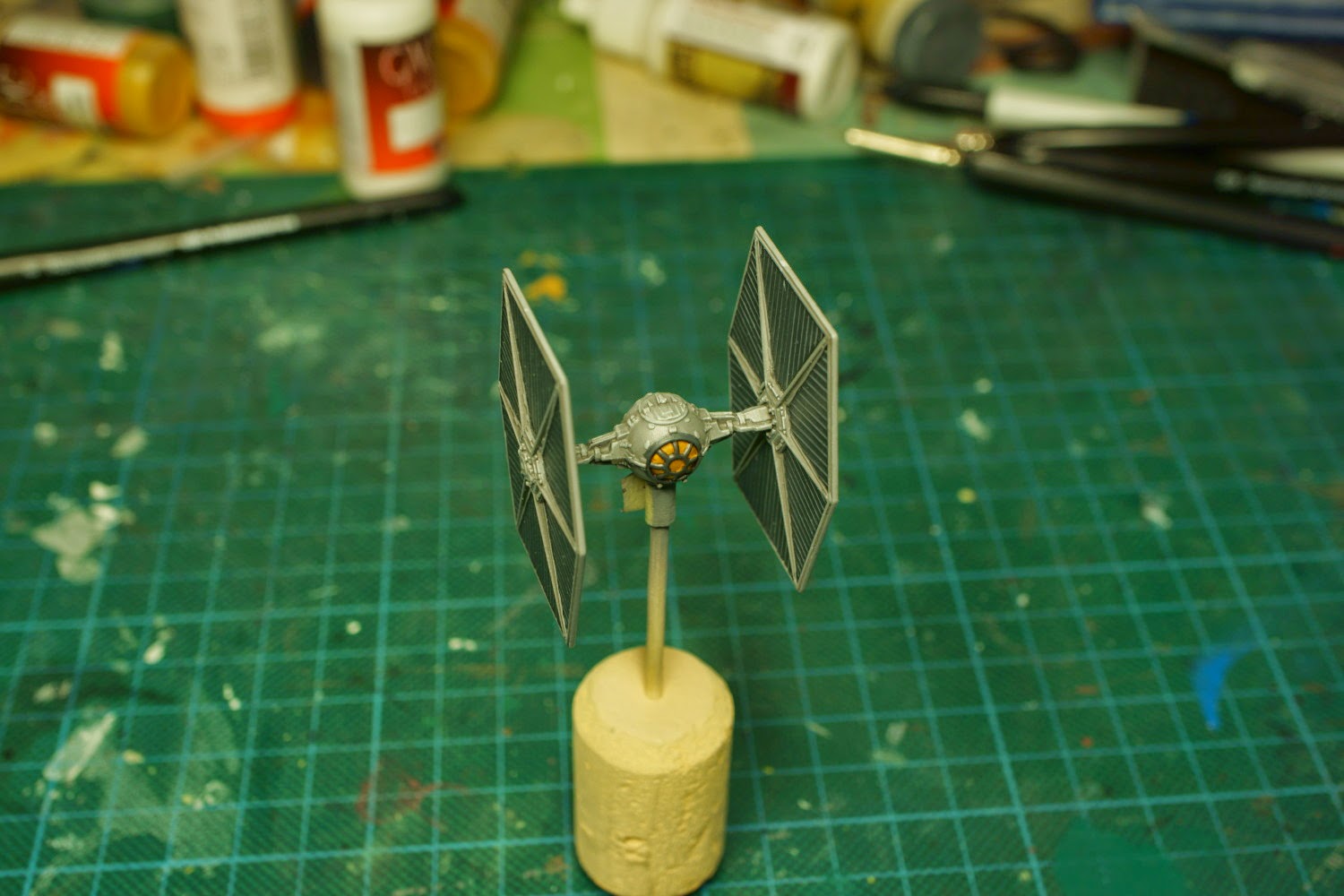 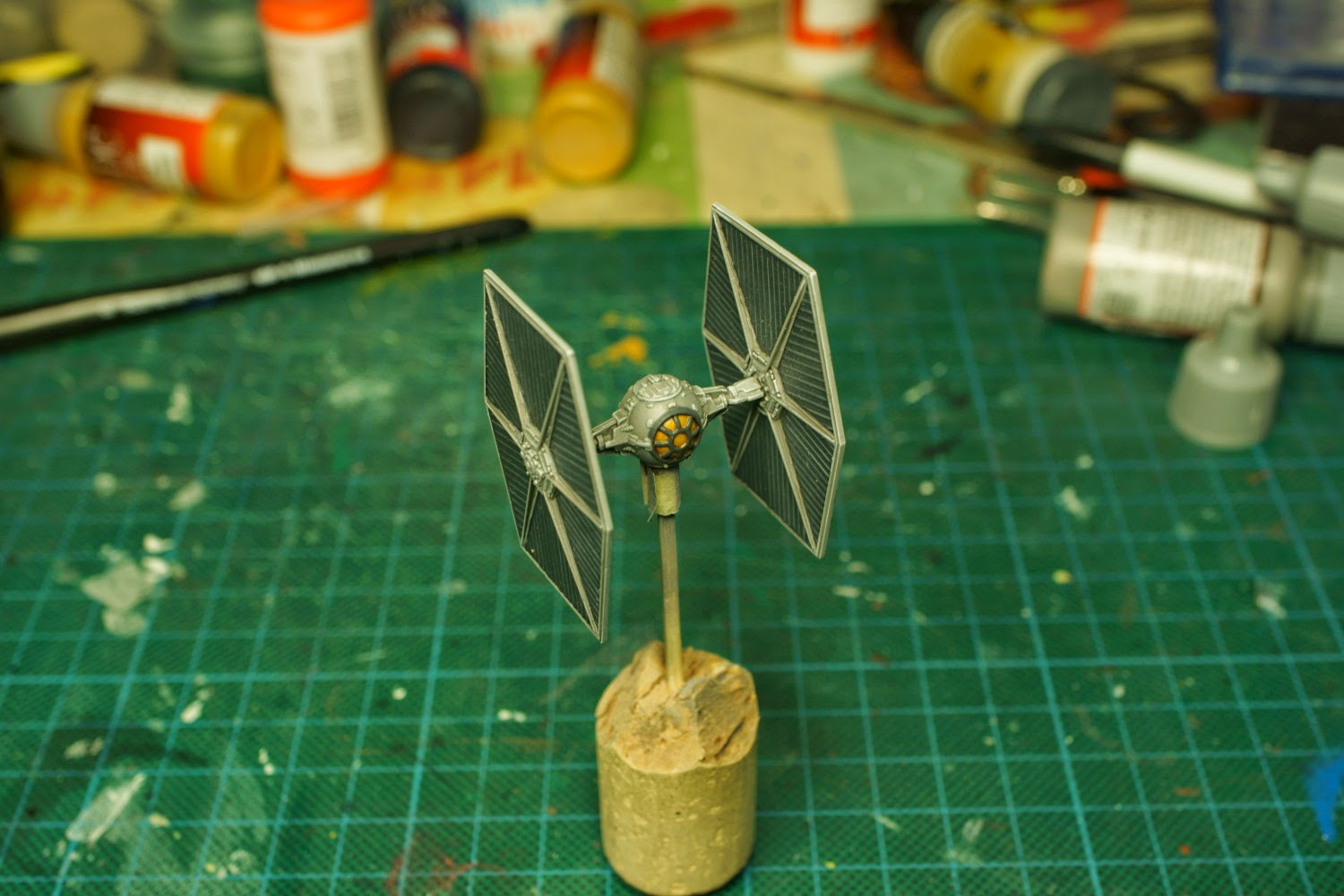 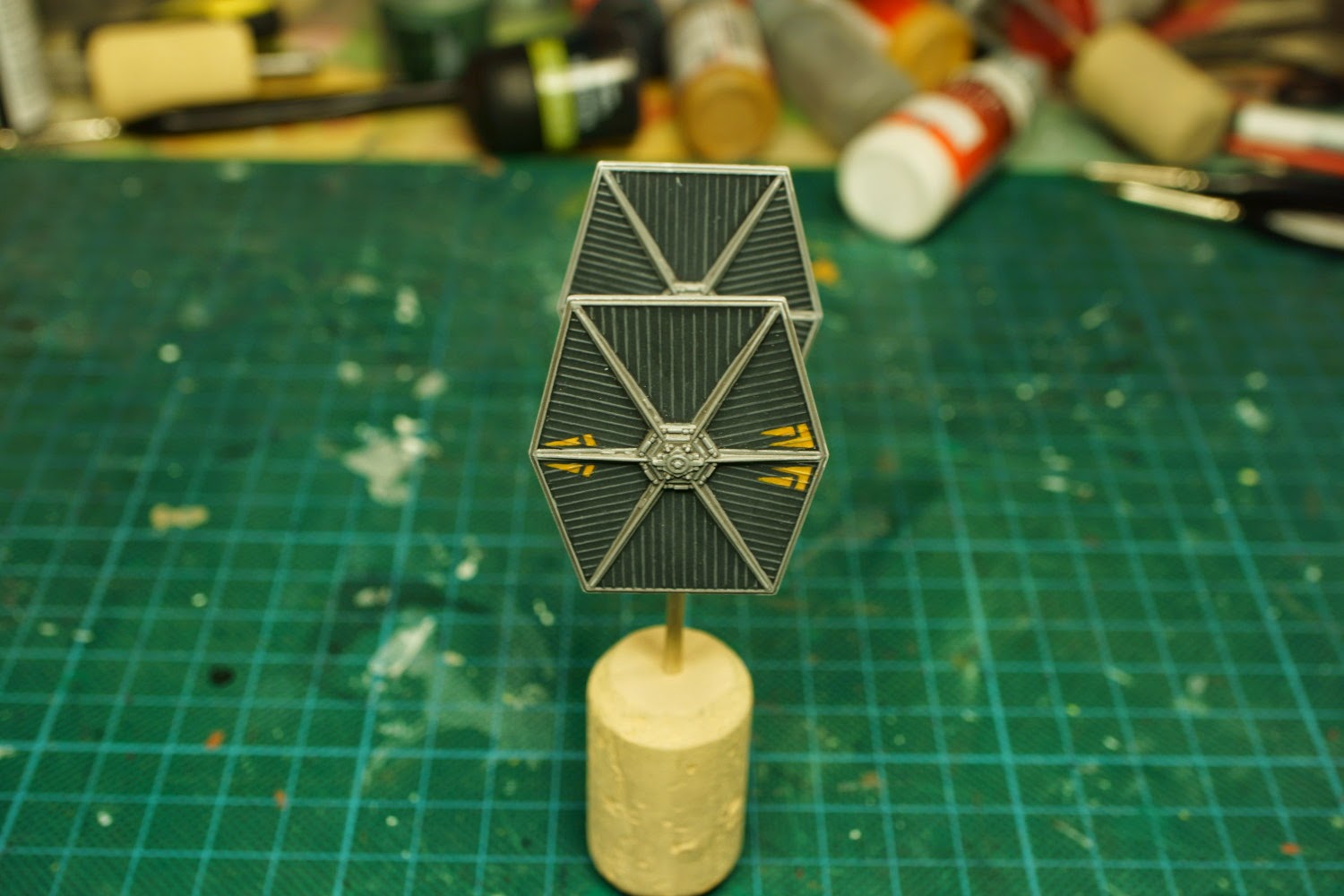 To set the ships apart from normal TIEs, I took inspiration from the old TIE Fighter PC game. I've been playing this game lately as Good Old Games recently released it for modern computers and one thing I noticed was that some TIEs had yellow markings on them. It seems to me that these markings were more often featured on traitor TIEs so I like to think that my ships are part of Admiral Zaarin's traitor forces and I plan to paint all my Imperial ships in similar style.

Anyway I painted the markings with Plague Brown, (hence the reason for Plauge brown on the cockpit windows), but I kinda wish I had made them as water slide decals instead. While seemingly simple looking, the markings proved harder to paint than I had anticipated and I'm not 100% pleased with them. 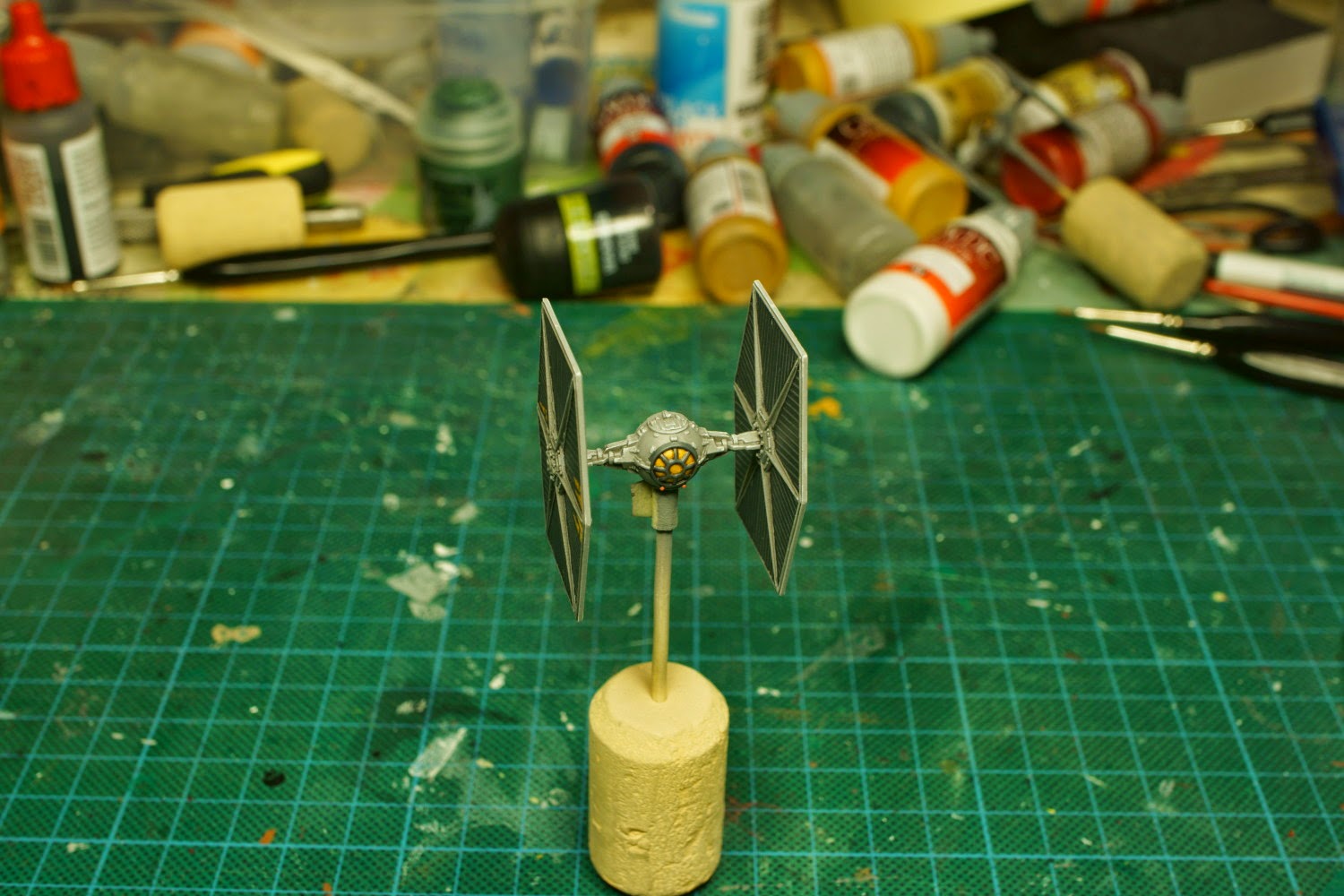 To finish the model I retouched the windows with Plague Brown and painted the laser cannon tips with VMC Orange Fluo, mixed with a tiny amount of Dead White. I also painted the Ion Engine exhausts with VGC Gory Red, also mixed with some Dead White.

All in all, a quick and easy paintjob that is really nothing special but makes the TIEs stand out a bit more from the crowd. Enjoy!
Upplagd av Macross_VF1 kl. 19:45:00