I've recently been asked to do a quick tutorial of how I paint the laser scoring on my ships so here it is. Also included in this tutorial is how I represent small paint chips and other assorted small damages as the method is almost the same as for blaster hits. 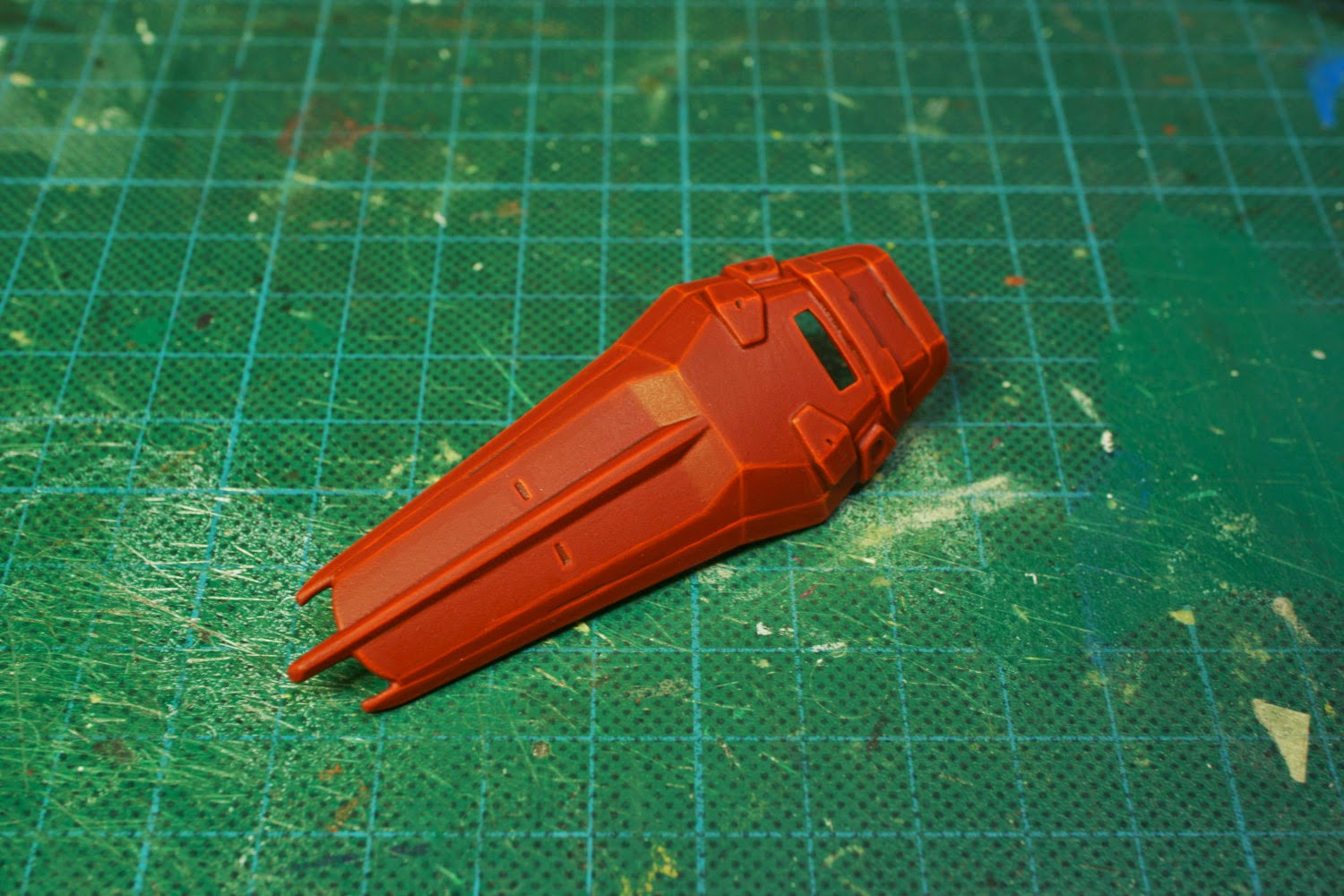 To start with I had to have a test subject. I dug up an old shield from a plastic Gundam kit and quickly painted it, nothing fancy, just some VGC Scarlett Red base with VGC Bloody Red as highlights. 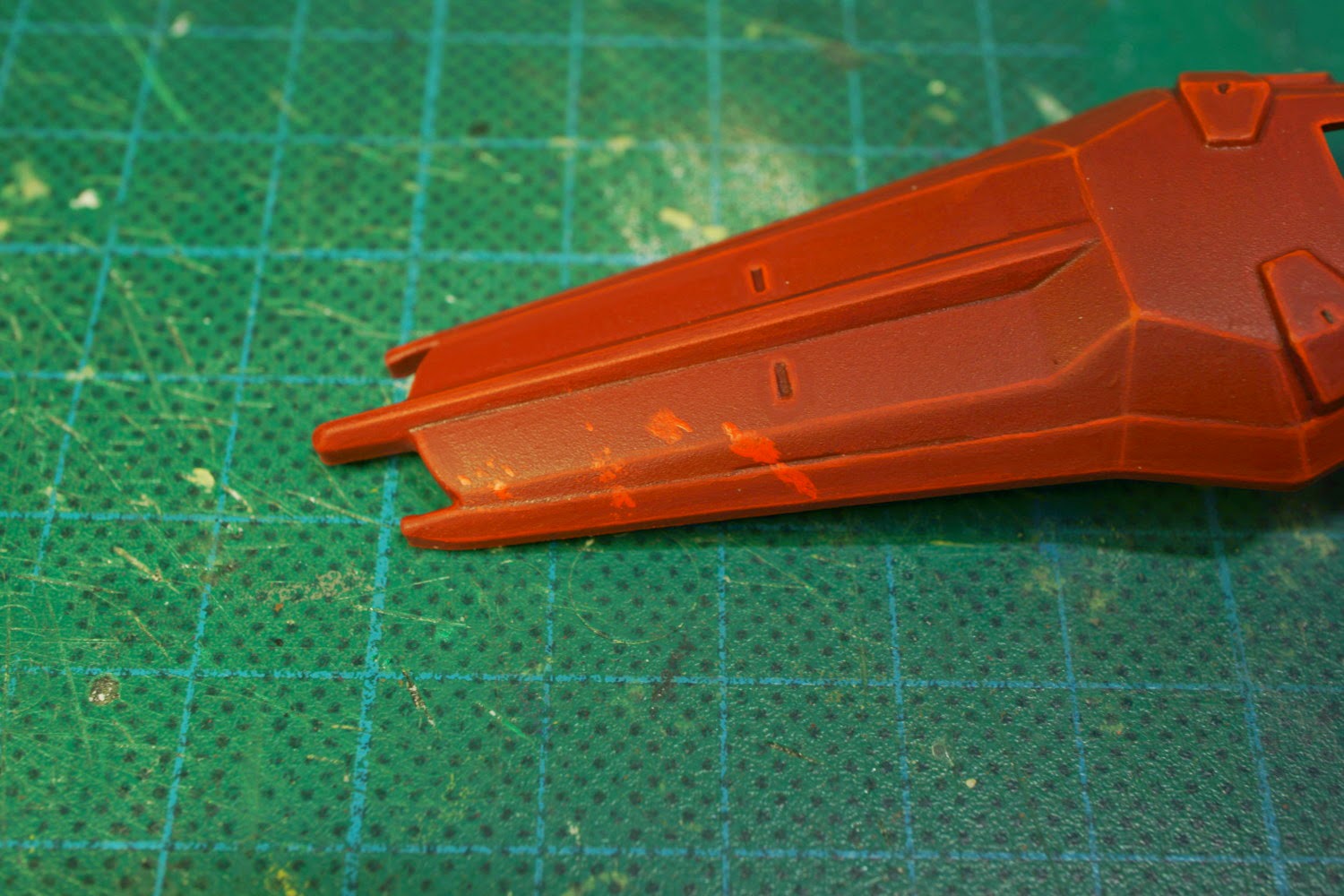 The first step when doing is marking the areas to 'damaged' with the main highlight colour, in this case Bloody Red. For small chips and scratches (The first two spots from the left) I often use a small piece of sponge or a really old drybrush that is pointing in all direction to get a suitably chaotic pattern. After the first application I usually go back and fill in some of the chips with additional paint to make them larger or cover specific areas.

For blaster hits I manually paint the entire 'damaged' area in a slightly irregular pattern. As can be seen in the picture above, the first hit is round while the other is elongated. The circular spot represent a fairly clean hit from the front, while the second one is intended to show a shot that has hit at a steep angle. 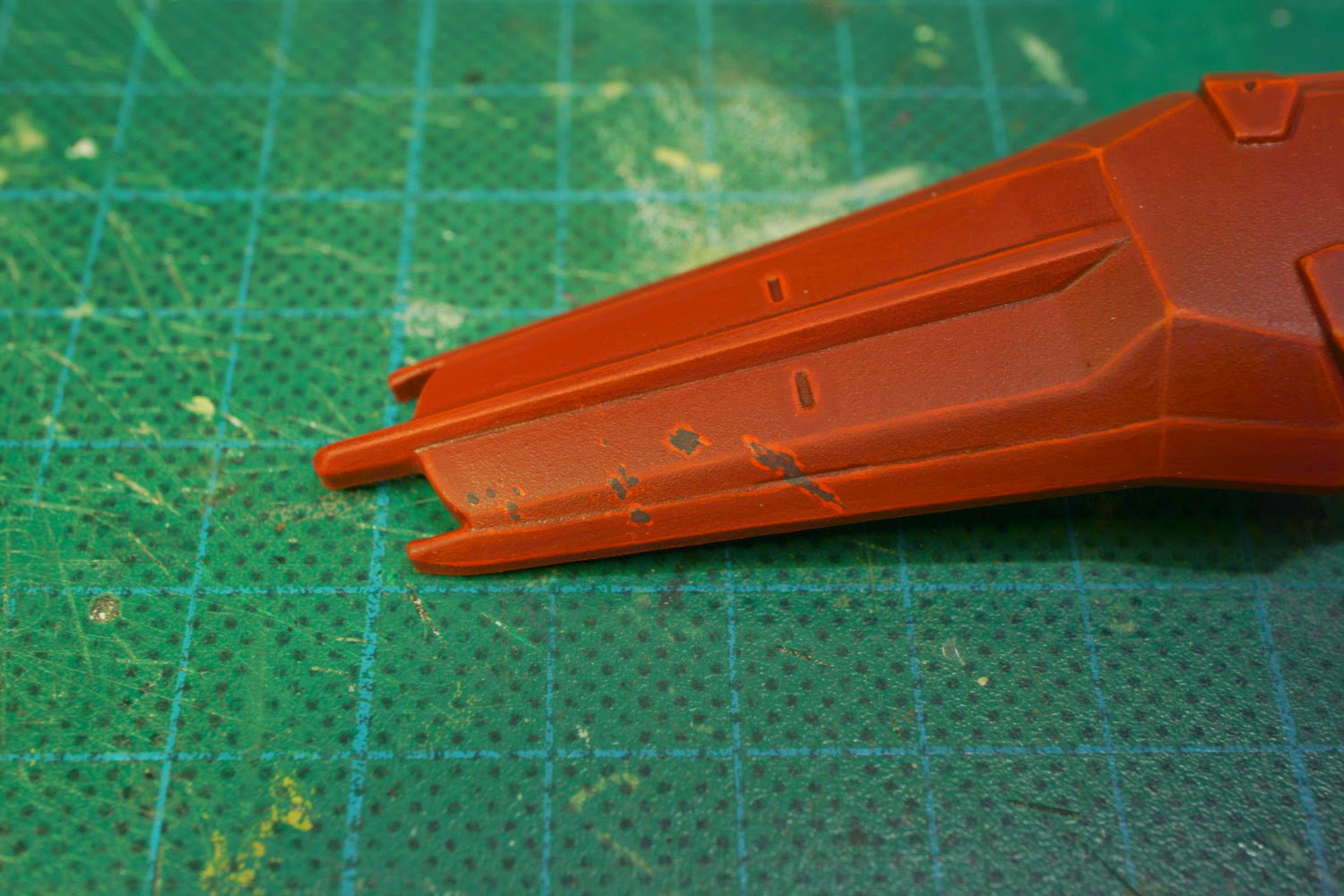 Second step is painting every bright red area with a dark grey, in this case VMC German Grey. Take care to not cover the entire previous paint with the second layer. 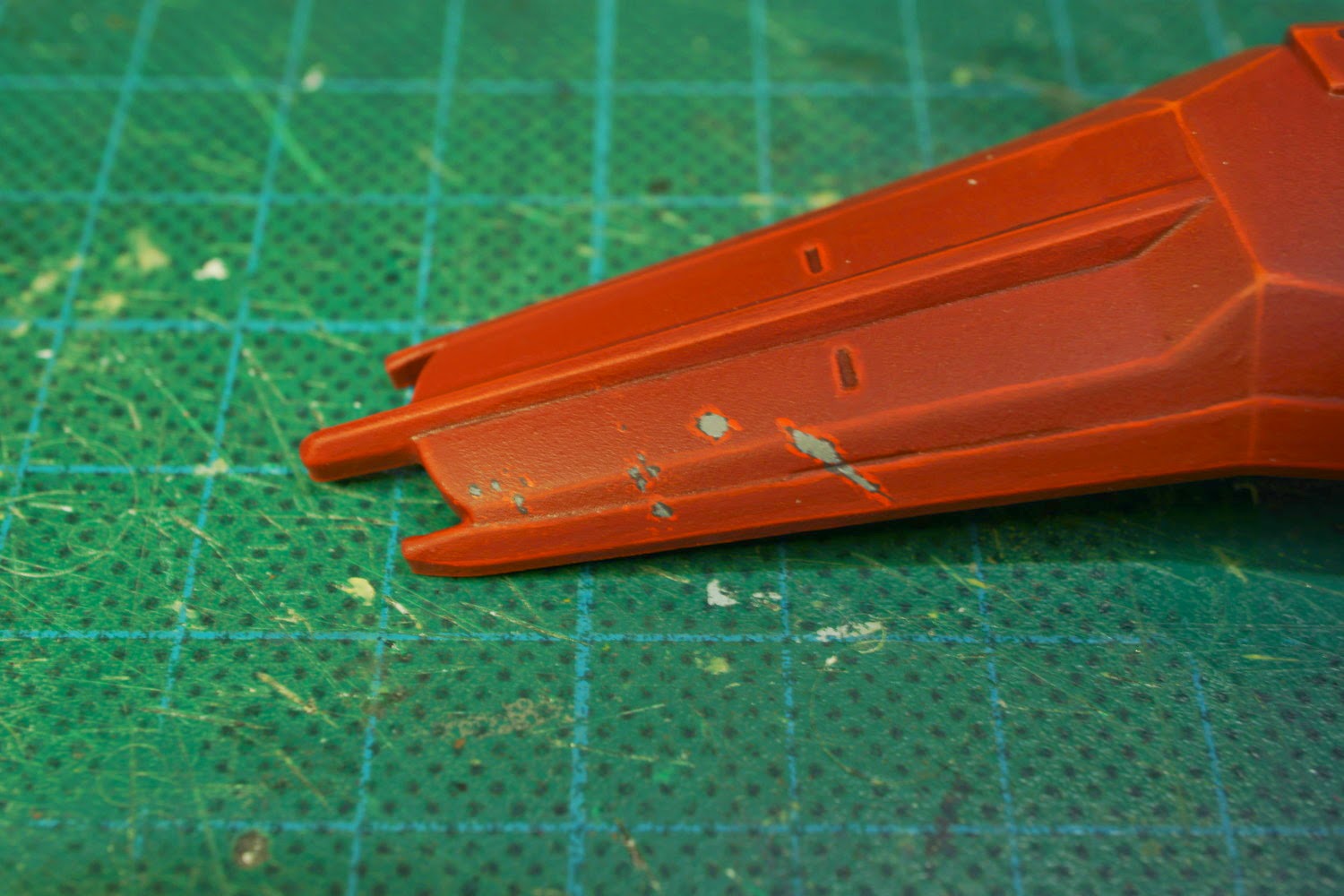 Third step is more of the same, only using a 'medium' grey, which is VGC Cold Grey for me. Also notice that not all the chips was painted with this colour. By leaving some chips darker, you can give the impression of both varying age and depth on the chips. 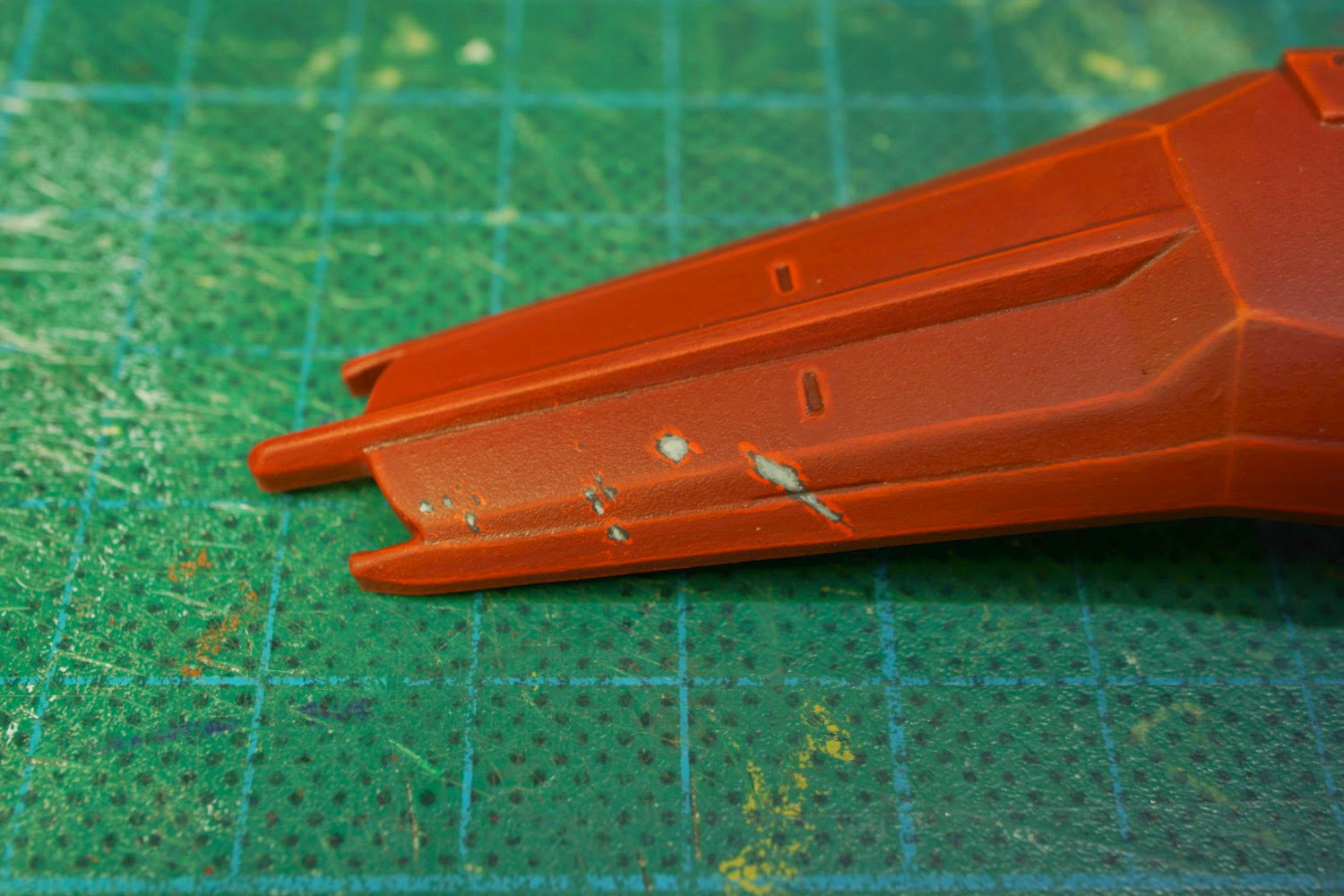 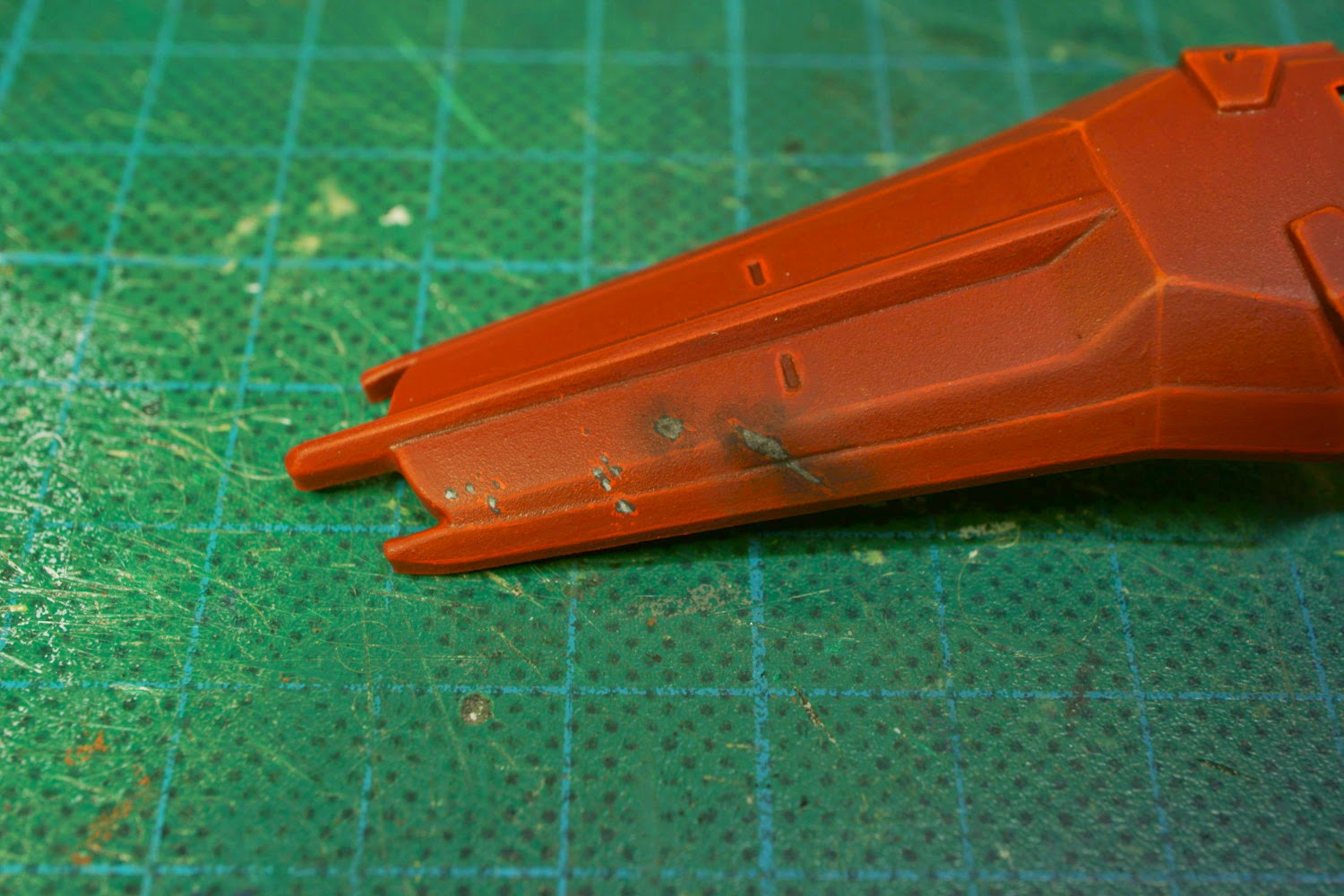 The blaster hits get a further layer using a black dry pigment. While I use MIG Black Smoke, I'm fairly confident that most dry pigments would work for this purpose. Anyway, I apply this with an old brush and basically stipple it on. Any excess pigments can easily be removed using the lungs you were born with. 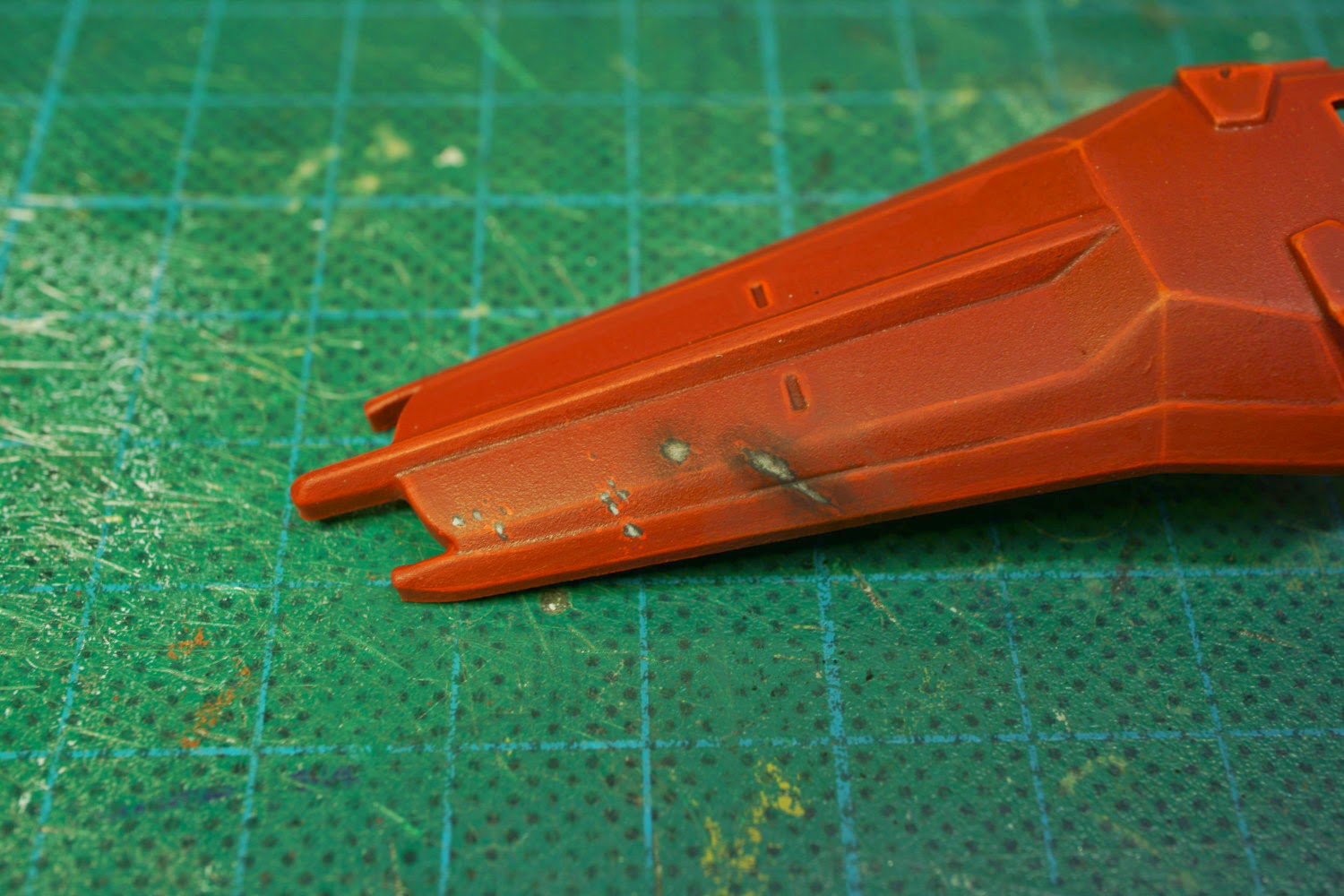 To finish the scorch marks I take a fine brush and slightly wet the tip, often just with my own saliva. Then I gently clean up and push the pigments that are directly on top of the blaster hit to the edge of the mark. And that's all there is to it. Quick and easy chips and damage for everyone!
Upplagd av Macross_VF1 kl. 20:49:00