Both the mythological bird HWKs represented a clear challenge to my normal style of painting. Both ships had to be covered with a very specific motif, in the case of the Phoenix, flames. The thing is, a HWK, the 'canvas' so to speak, isn't exactly the best model to paint something like this so I really had to think outside my comfort zone. 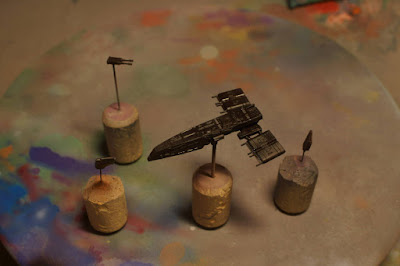 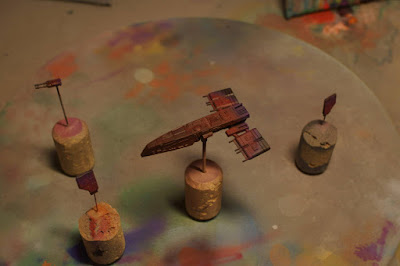 The ship first recieved a white coat of primer followed by a 3:1 mix of VGC Gory Red and Black. I then airbrushed the ship, starting with old GW Liche Purple on the rear and working towards the front, using Gory Red as the second colour and VGC Bloody Red as the last. 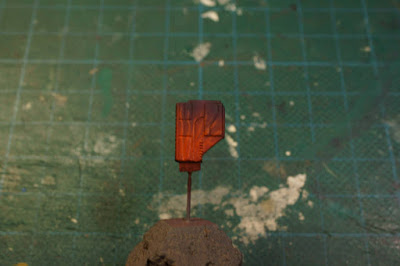 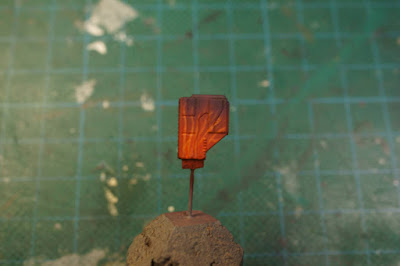 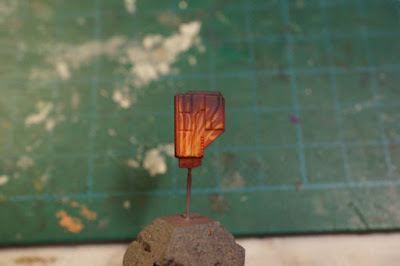 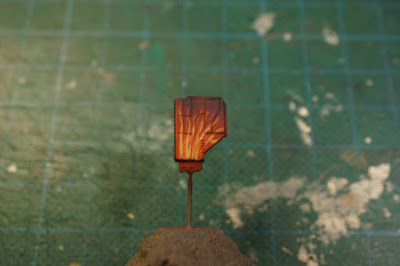 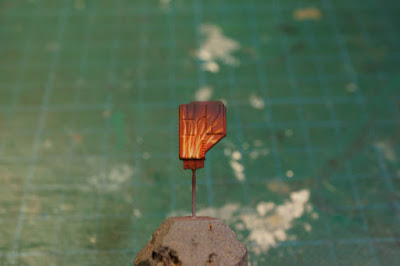 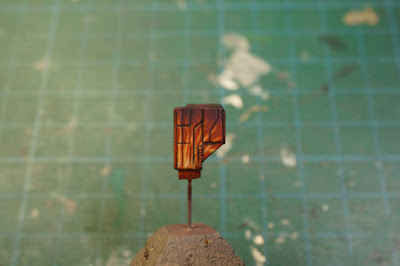 I painted the flame pattern using the following colours and mixes (Each picture above represent a single step):
You can see how the flames gets progressively more yellow, though I was careful not to overdo it. Each step only cover part of the previous step, keeping the brightest parts close to the base of each flame tendril.

To give the ship some shade I washed it using a brown oil colour. The oil was crucial here. An acrylic wash would most likely have ruined the flames, whereas the ability to remove excess wash after it was applied makes an oil wash superior in this situation. 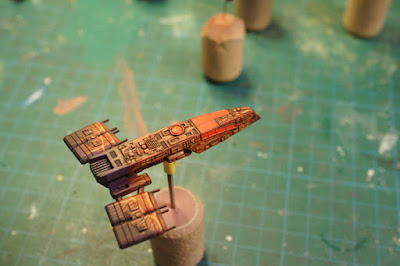 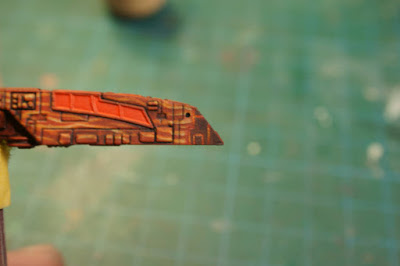 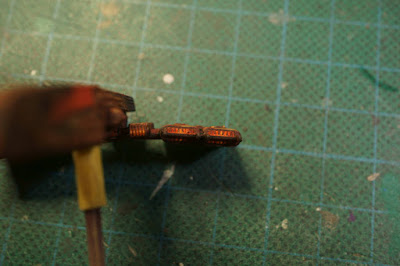 With the flames painted and the ship shaded I could start on some detailing. Unlike how I normally paint, I didn't do much highlighting on this model as it would only have ruined the flames. Instead I did some 'reverse highlighting' by instead giving the ship an inner glow between some panel lines on the front/nose and the engine intakes. The inner glow basically used the same mixes as for the flames on the ship. 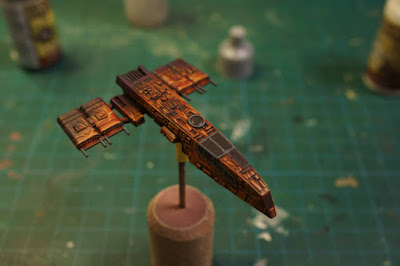 The windows was first painted red but I changed my mind and repainted them using the basecoat mix. I also painted the window frames and wing antennas using a 1:1 mix of VGC Cold Grey and VMC German Grey. 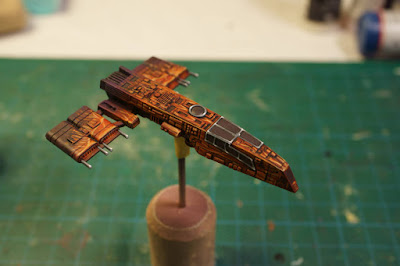 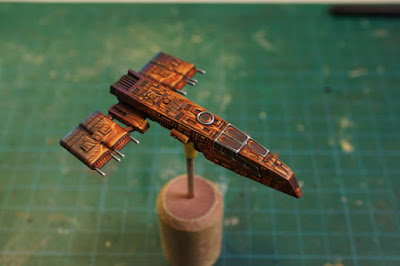 The antennas and frames was given a basic NMM treatment going from Cold Grey to VGC Stonewall Grey and ending with pure white. The window reflection got the same treatment as the flames and inner glow painted earlier.

And while I forgot to take some proper photos of the process, I also painted the engine glow using VGC Magic blue and slowly mixing more and more white into the mix. The blue might seem like an odd choice, considering my insistence on flames and inner glow earlier, but it was really needed to give the ship some much needed contrasting colour.

This is one of those ships where everything came together better than I could have ever hoped for. From the initial testing and experimentation with different mixes to the finished product, it just exceeded even my greatest expectations. Without a doubt one of the paintjobs I'm most satisfied with to date.

And this marks the last of the paint guides for the scum fleet. I know there are two ships I haven't covered yet though unfortunately I didn't document them properly. Still, 15 tutorials should be enough, don't you think?
Upplagd av Macross_VF1 kl. 22:19:00