A paint guide just a few hours after the studio photos? The world certainly has to be ending right now! Anyway, as I wrote earlier, I tried to combine two colours that doesn't really fit together under normal circumstances. 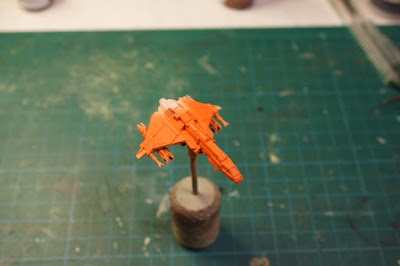 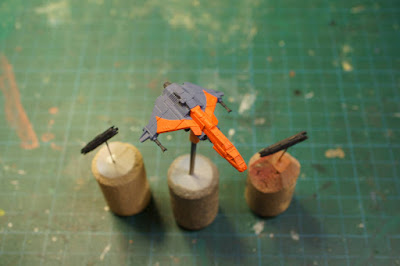 I first used Vallejo's white primer before basecoating the front half with VGC Hot Orange. I then painted the rear and most of the underside with VGC Sombre Grey. At this stage I realised that it would be much easier to paint the ship if I removed the engines so I did just that and mounted them on separate corks. I painted the engines and guns using VMC German Grey. 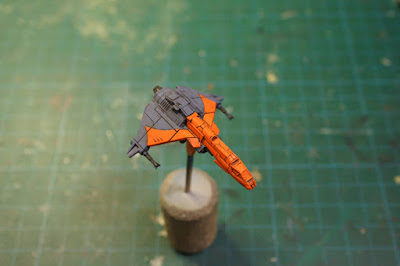 I sprayed a layer of gloss varnish all over the ship before applying the oil washes. The orange front was shaded using a dark brown oil wash while the rest of the ship was shaded with a black oil wash. When this had dried I removed the excess and sealed the paint with matte varnish. 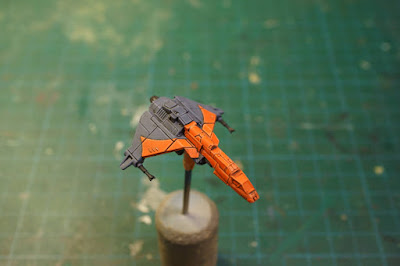 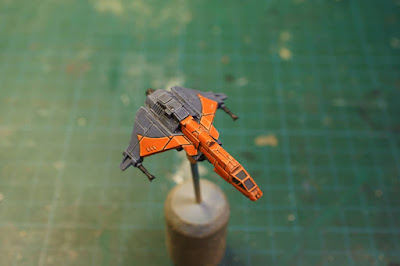 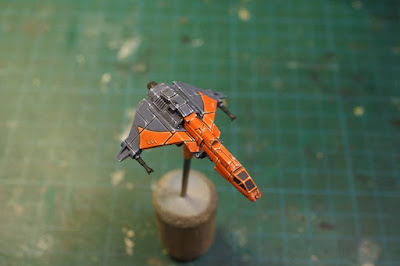 The areas painted with Sombre Grey was highlighted using the following colours:

The nose was instead highlighted in the following manner: 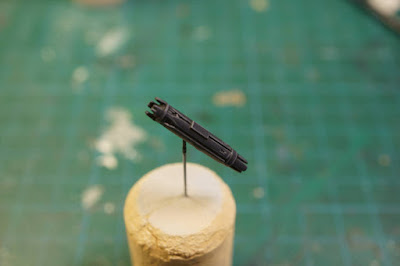 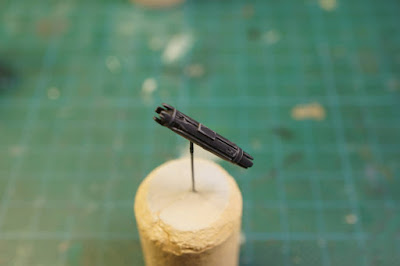 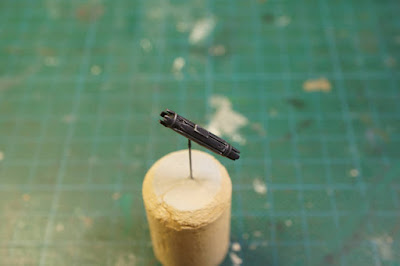 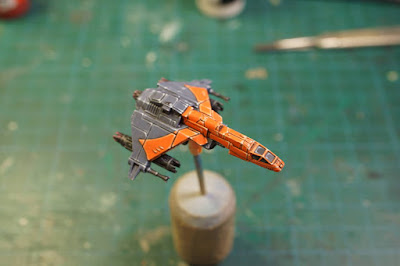 The engine glow was slowly built up using successive glazes of Army Painter Red Tone ink as a start. When I had a good start I switched to VGC Red Gore that I added small amounts of white to. Unfortunately I added a bit too much white this time so the glow looks more pink than I had intended.

I painted the windows using a 1:1 mix of German Grey and Sombre Grey. This was then shaded using AP Dark Tone ink and when that had dried I reapplied the main colour, taking care to not cover the entire window, instead leaving some of the wash still visible close to the window frames.

For the reflection I used the base mix as a start and added more Sombre Grey. This was later substituted with the mixes used to highlight the rear of the ship. 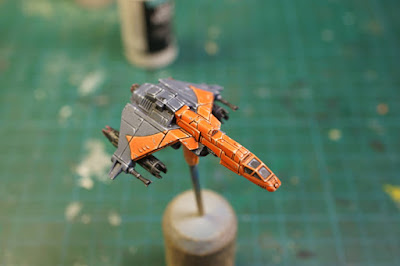 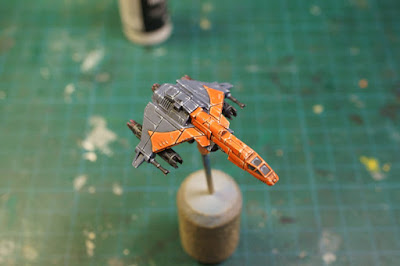 Finally I could add some scratches, dents and laser scoring. I used my usual method mentioned in my tutorial on the subject. I also added some grime and dirt streaks, though not too much as I didn't intend to make this ship look terribly beat up and used.
Upplagd av Macross_VF1 kl. 23:15:00