Second scum Y-wing tutorial. The Warthog is perhaps the Y-wing I liked painting the most, if for no other reason that I got to paint a Y-wing as a warthog! 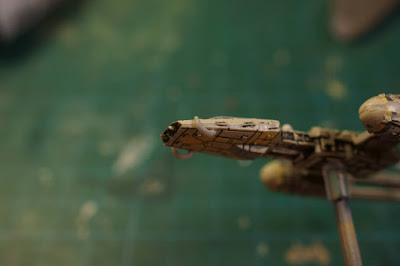 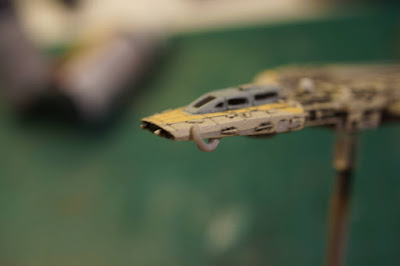 First order of business was the tusks. I dug deep in my boxes of bits and found some old Warhammer 40k Kroot accessories that had hooks on them. I cut these off and glued them onto the Y-wing. 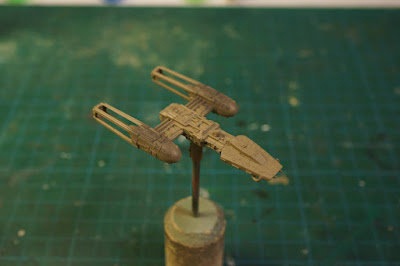 I used Vallejo's grey primer as the first layer. For the basecoat I used a 1:1 mix of VGC Cold Grey and VGC Earth. I also sprayed a few coats of a 1:1:1:1 mix of Cold Grey, Earth, VMC Chocolate Brown and VMC German Grey on top of the engine pods. This represent the dark hair that can be seen on growing along the back of real warthogs. 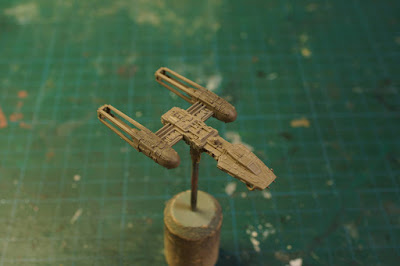 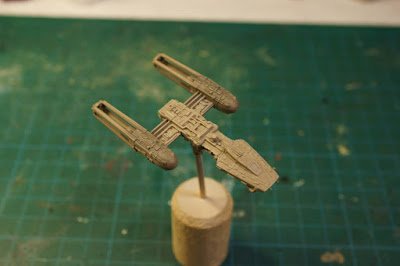 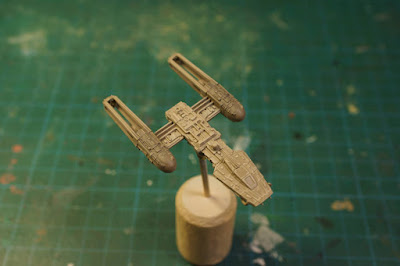 The first highlight was the basecoat mix which I only drybrushed on top of the engine pods. The second highlight was a 1:1:1:1 mix of Cold Grey, Earth, VGC Khaki and VGC Stonewall Grey. This was drybrushed all over the ship with the exception of the front, where I instead carefully outlined each panel. The third highlight used a 1:1 mix Khaki and Stonewall Grey though this was not drybrushed on the top of the engine pods. For a small final highlight I used the previous mix with a little white added on some of the highest/most protruding parts of the ship. 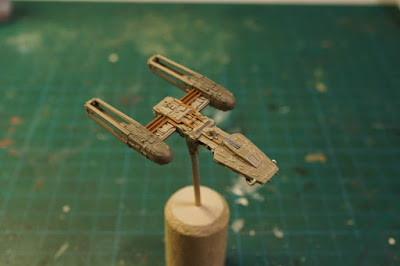 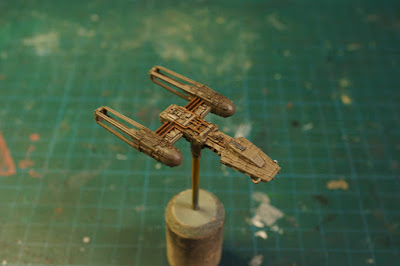 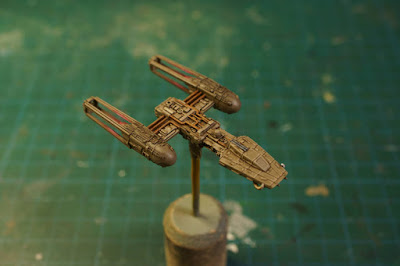 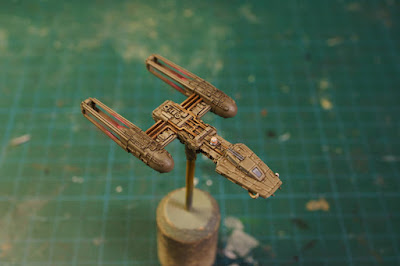 I could now start on the details. The engine glow was slowly built up using successive glazes of Army Painter Red Tone ink as a start. When I had a good start I switched to VGC Red Gore that I added small amounts of white to.

For the cockpit windows I used the same mix as for the turret gun. The windows and the guns was highlighted by adding ever greater amounts of VGC Stonewall Grey to the mix. For the final parts of the window reflection I used pure white.
Upplagd av Macross_VF1 kl. 21:42:00