And here is another paint tutorial for the scum fleet. This time it's the orca Y-wing. Unlike the elemental Scyks and the hot rod Zeds, I'm going to treat each beast Y-wing to a separate tutorial though I'm probably going to reuse some sections, though you had probably already guessed. I'm known as a lazy bastard after all. 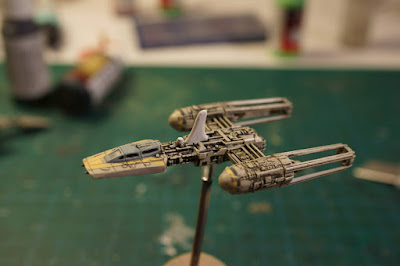 First order of business was the dorsal fin of the orca. I simply took a small piece of leftover plasticard, looked at some pictures of actual orca whales and started carving out a basic shape. I also had to remove some details on the Y-wing to make space for the fin. Before gluing it in place I also pinned it with a short piece of 0.5mm pianowire. 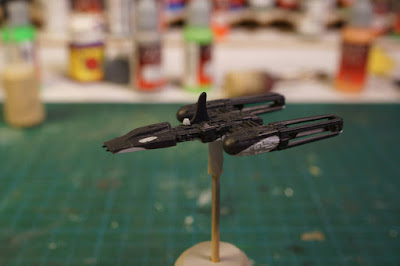 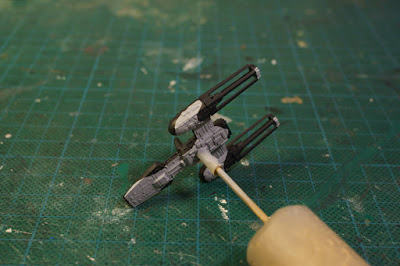 The primer was a 1:1 mix of Vallejo's grey and white primers. This also served as the basecoat for the underside of the ship. To paint the black I used a 1:1 mix of Black and VMC German Grey. I was very careful to leave a pattern similar to actual Orcas. 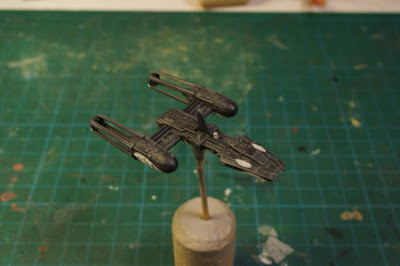 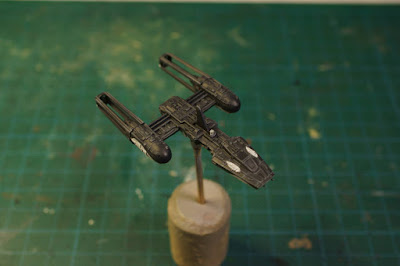 The first black highlight was a 1:2 mix of VGC Cold Grey and German Grey that I drybrushed on the back of the ship while I carefully outlined each panel on the front. The second highlight was more of the same, just using a 3:1 mix of the previous. For a small final highlight I used pure Cold Grey on some of the most highest/protruding parts of the ship.

The belly was instead highlighted with pure White, drybrushing the back and carefully line highlighting the front, just like the black highlights. 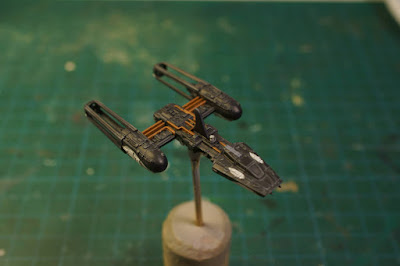 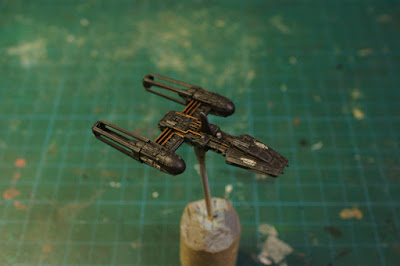 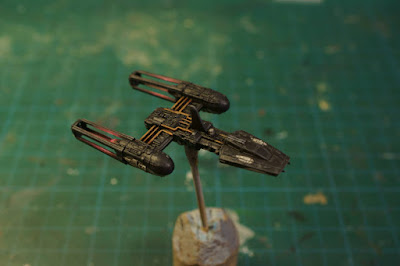 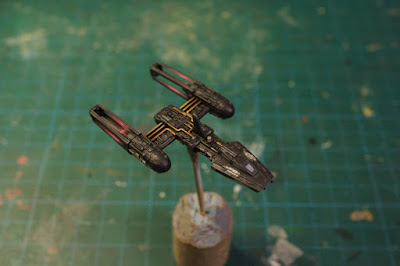 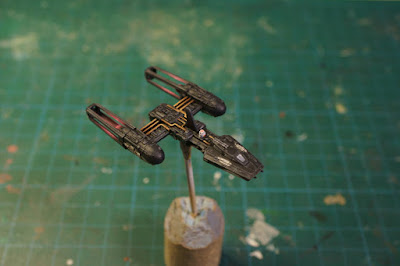 For the cockpit windows I used the same mix as for the turret gun. These, just like the guns, was highlighted by adding ever greater amounts of VGC Stonewall Grey. For the final parts of the window reflection I used pure white.
Upplagd av Macross_VF1 kl. 22:53:00