I figured I should do a quick tutorial on how I modded my TIE Punisher. Now I'm obviously biased but I really think all Punishers should be improved in this way as it really helps distinguish its side profile from the TIE Bomber. 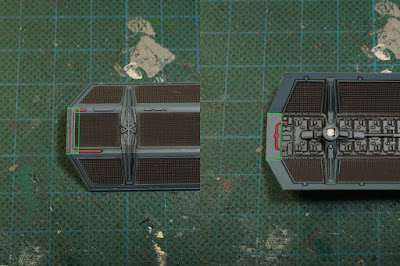 First you need to remove the details marked in red. After that it's a rather simple matter of cutting away a rectangular piece from the front/middle of each solar panel. The green lines show roughly where I cut. Now, do NOT throw away this piece, it will be needed later. 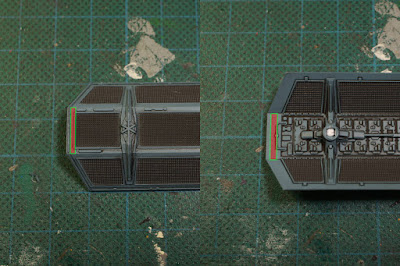 When the cuts has been made, the loose piece needs to be trimmed down. All we really want left is the middle of the piece. 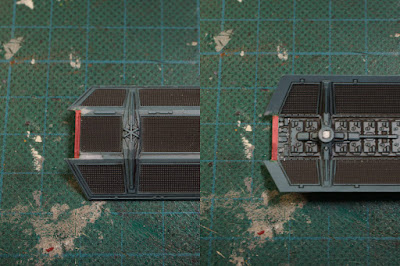 With the excess removed it's a simple thing to glue the remaining piece back into the previously created cavity. Some modelling putty is needed to fill in any holes and correct any flaws. Voilà, quick and simple Punisher improvement.
Upplagd av Macross_VF1 kl. 22:30:00