I'm back with another one of my Wayfarer models. It has quickly become one of my most requested models, so much so that I'm actually consider casting it. Of course that comes with it own set of problems and challenges.


Anyway, this particular is very similar to the first one I built, though I have implemented some important lessons learned from building the Epic version. The most notable difference is that the commissioner wanted the ship to have loading doors on the front of the ship instead of the side.

Unfortunately I won't be posting a paint guide for this one as I forgot to take pictures until I was almost half done with the painting. However as a rough guide, the container and some of the details were painted pretty much the same as the first model, while the hull was painted very similarly to the Sentinel-class transport. 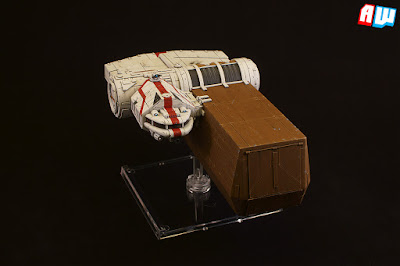 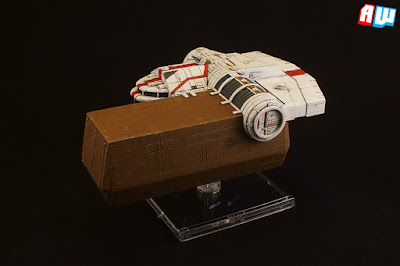 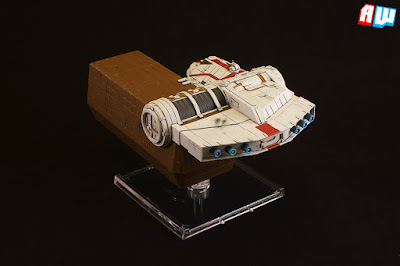 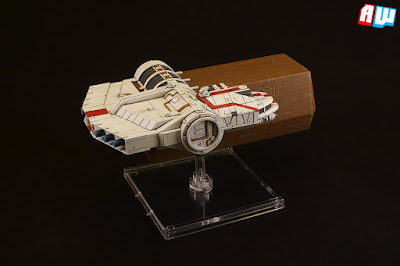 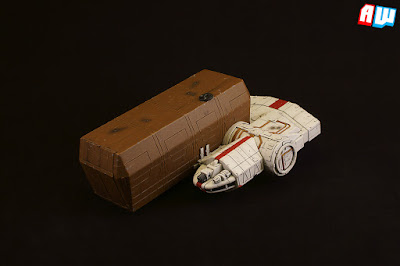 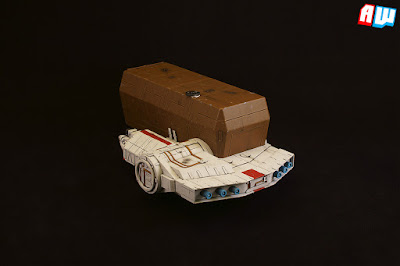