Here's how I painted the Sentinel shuttle, which coincidentally is also a perfect lesson in how to paint white. Hint number one, never paint white! 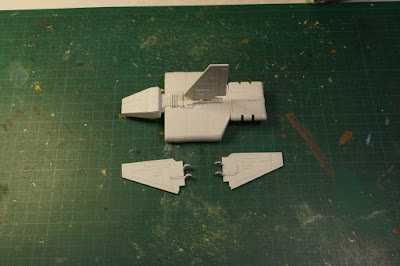 Well to be honest, 'never paint white' is not strictly true, however you should avoid painting pure white except as a final highlight as it is impossible to highlight it further.

Anyway, for the primer I airbrushed a 1:3 mix of Vallejo's Grey and White Primers. This also formed the base coat as I saw no need to add any additional layers of paint just in order to get the exact same result. 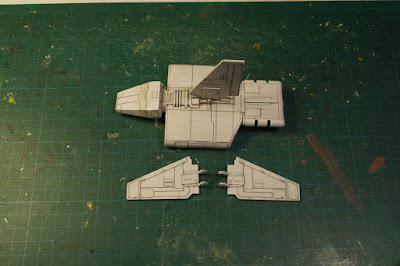 The ship was airbrushed with some gloss varnish in preparation for the shading stage. When the varnish was dry I mixed up some black oil paint into a wash and applied it directly into the recesses. The excess was later cleaned up and when properly dry, I sealed the model with some matte varnish. 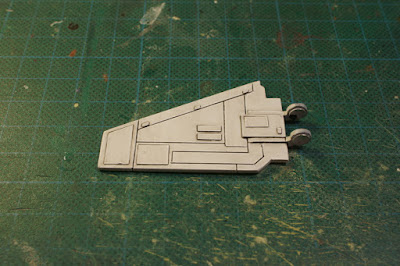 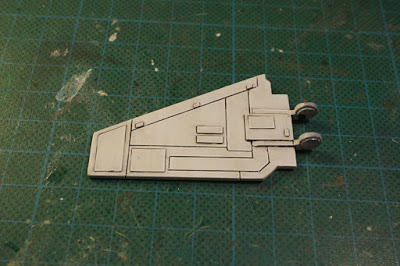 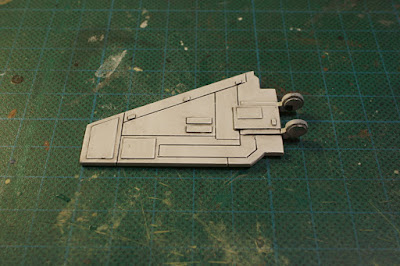 For highlighting I went with white, white and more white. No really, that's it. While it isn't terribly visible in the above set of pictures the first layer was some watered down AP Matte White. This I painted on every panel edge on the ship. The second layer used less diluted Matte White, concentrated on the corners on each panel. The third and final layer was almost undiluted Matte White, which I only painted on the most prominent edges and corners as little more than dots. 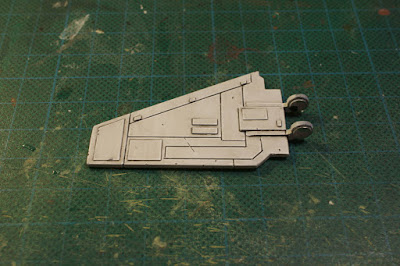 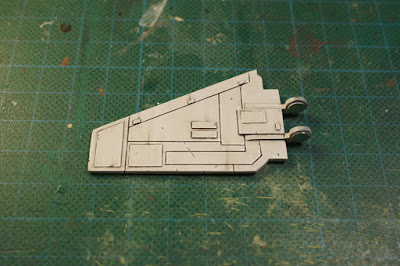 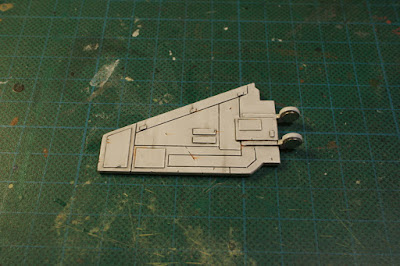 The commissioner wanted the ship to look like it had seen heavy use so I weathered the ship using my usual scratch and bump routine. I also added some streaks running along the travel direction of the ship using some left over oil wash. Finally I added some rust using heavily watered down VGC Parasite Brown. For the deepest rust recessed I also added a touch of VGC Terracotta. 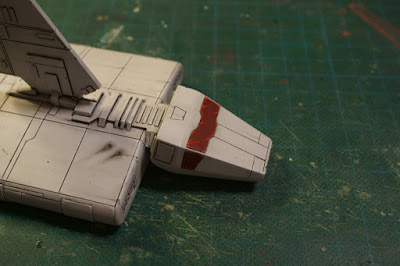 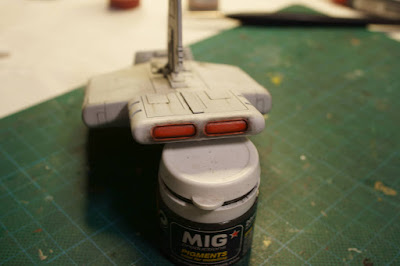 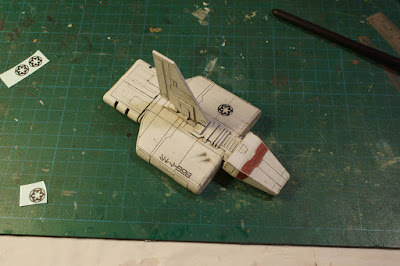 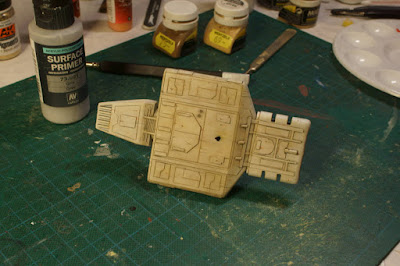 For the final touches some decals were added to the top of the hull, and the belly was heavily weathered using a multitude of dry pigments. Ironically, while the ship is supposed to look like it has recently visited a desert planet, the photo makes it look way more sandy/yellow than it actually looks to the mark one eyeball.