It would not at all surprise me if FFG release a prototype B-wing expansion pack in the future. In the mean time, here's how I did my version of it.

While I easily could have just painted the ship similar to the B-wing featured in Star Wars Rebels, I knew I couldn't leave it at that. I just had to do some conversions! 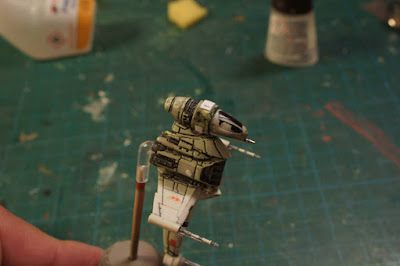 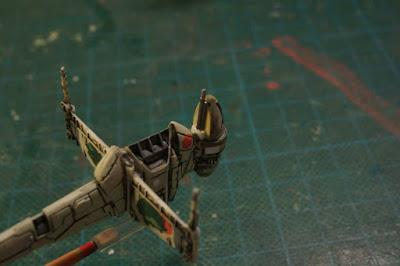 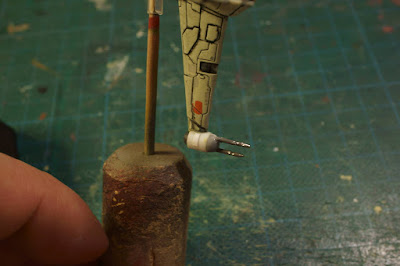 The cockpit pod got a serious makeover, and the gun pod was built from scratch. On top of that I removed and altered many small details and greebles all over the ship. For instance, the top of the wings has just about no details left, save for panel lines. 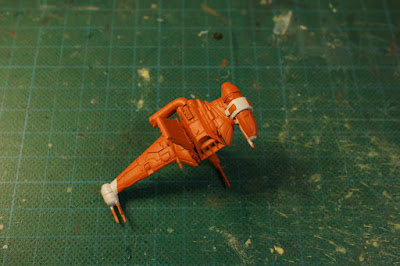 I started the painting process by airbrushing my standard grey primer all over the ship. This was followed by a basecoat using a 1:3:3 mix VGC Bloody Red, VGC Parasite Brown and VGC Hot Orange. I then manually painted grey primer on some parts of the cockpit and the gun pod. 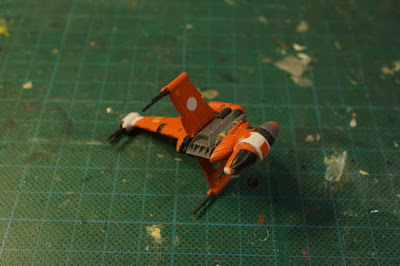 The white circles on each wing was a simple matter of masking the ship before airbrushing the base coat. The black guns and engine details were painted with a 1:1 mix of VMC German Grey and AP Matt Black.

I used VGC Plague Brown for the yellow marks and Matt Black for the cockpit and gun pod windows. Finally I painted the grey 'engine block' (middle of the ship basically) with a 1:3 mix of VGC Cold Grey and German Grey. 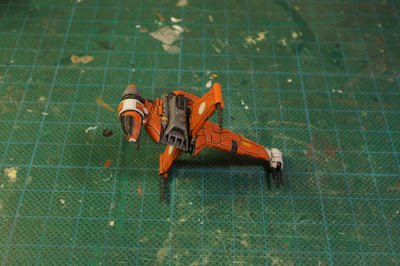 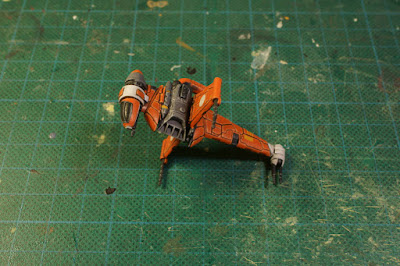 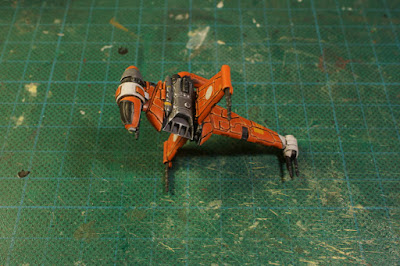 Lots of highlighting on this one so I have broken it down in parts below. 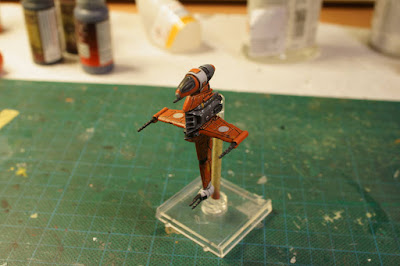 I gave the windows some simple reflections by basically starting with German Grey working through Cold Grey and Stonewall Grey and finally ending with tiny dots of pure Matt White. Finally I added some dirt and grime streaks. Unusually for me I did not add any scratches and/or dents. This is supposed to be a prototype and has therefore not seen any action, as can be seen quite clearly in the TV-series.
Upplagd av Macross_VF1 kl. 22:39:00