I discovered a game called Halcyon 6 during the weekend. And that also happens to be the reason that this particular paint guide haven't been uploaded earlier. Blame the game, not me!


Converting the Mining TIE was rather straightforward and is quite frankly as simple as it looks. I used my trusty razor saw to carefully cut away the front to sections of each solar panel. After that it was a simple matter of removing any leftovers with a sharp knife. 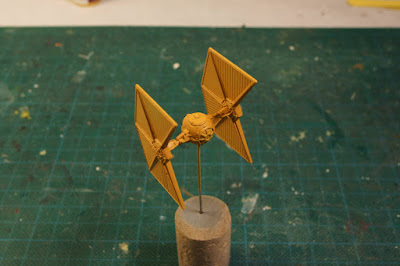 I started the painting process with my usual grey primer. This was followed by a base coat using a 1:1 mix of AP Demon Yellow and VGC Plague Brown. 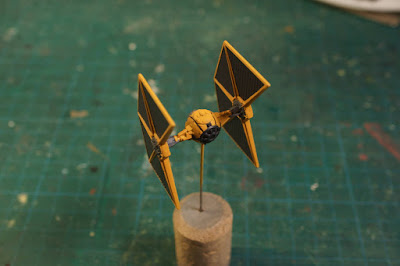 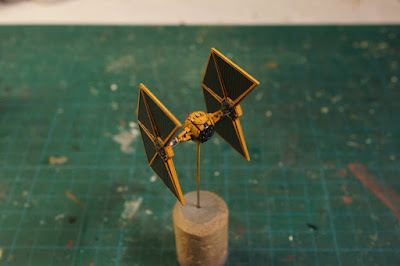 The usual layer of gloss varnish was applied for the shading stage. However, unlike most paint jobs, I did not use a black wash but rather a dark brown oil wash. My idea was that this would better compliment the yellow and it seems my hunch was correct. 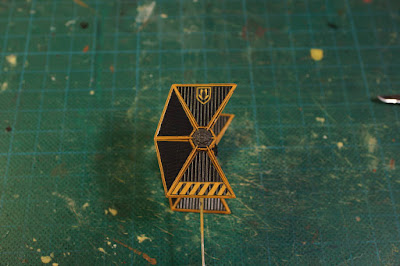 The Mining Guild logo and the warning stripes was achieved by first making some stencils and carefully masking off each area to be painted both with liquid mask and masking tape. I then reapplied the grey primer followed by the base coat.

Of course this wasn't quite enough, the stencils couldn't replicate the thin line around the logo, nor the line atop the warning stripes so these had to be painstakingly painted by hand. Painstakingly as yellow on black is bloody tedious to get right. Of course, any errors on the other hand were easy to correct. 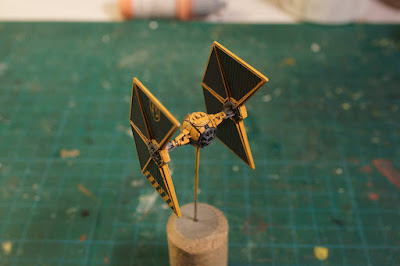 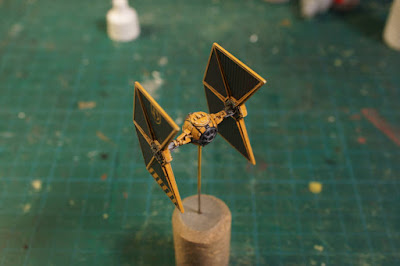 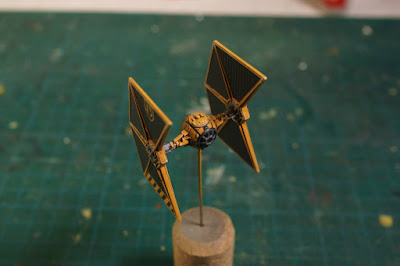 Highlighting the yellow was a fairly simple task. I started with a 1:1 mix of Plague Brown and AP Matt White, followed by a 1:3 and finally a 1:7 mix using the same colours.

The grey details used the second and third black highlight mixes from above only as the first and second layers respectively. The third grey highlight instead used pure Stonewall Grey. 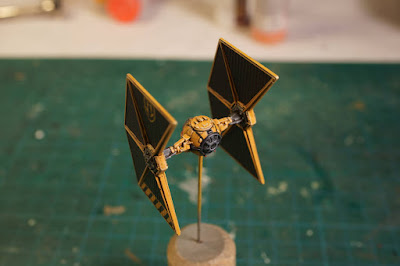 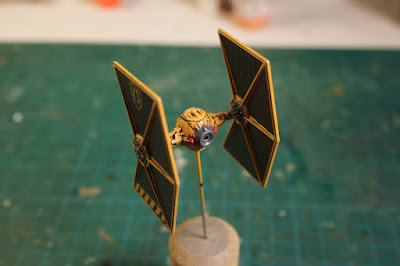 I gave each window section a thin highlight/reflection using thinned out Cold Grey. The guns were first painted with VGC Scar Red followed by a small dot of VGC Bloody Red in the middle.

The engine glow was achieved with several thin glazes of Scar Red. The very middle was painted with Scar Red mixed with some Matt White.