I'm finding it harder and harder to keep up with my paint guides. Real life can be such a problem sometimes and it certainly doesn't seem to let up. Anyway here's how I painted my Arrowhead. 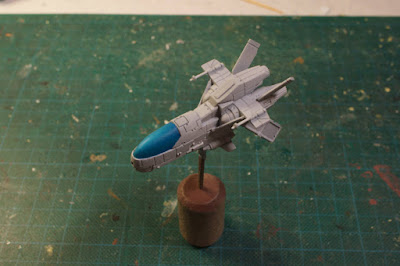 I started with a Grey primer which formed the base coat for the ship. Next, I carefully masked of the entire ship, only leaving the cockpit exposed. The bright blue cockpit is almost a trademark for the ships in R-type so it was important to get it right.

I started with a mix of VGC Imperial Blue and VMC Blue Fluo. For each subsequent layer I mixed in some VGC Magic Blue into the mix. When I had reached pretty much pure Magic Blue I started mixing in some VGC Turquoise. For the final layers I also added some VGAir Dead White. 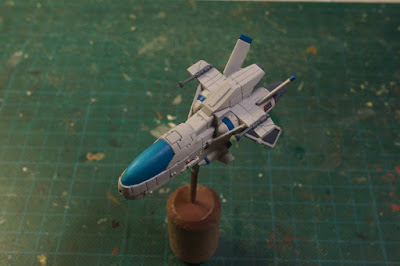 I used Magic Blue for the blue details, VGC Sombre Grey for the grey parts, and VGC Scarlet Red for any cables. With that done I sealed the entire model with gloss varnish in preparation for the shading stage. I applied AP Dark Tone Ink directly to the recesses and when that had dried I sprayed a layer of satin varnish all over the model. 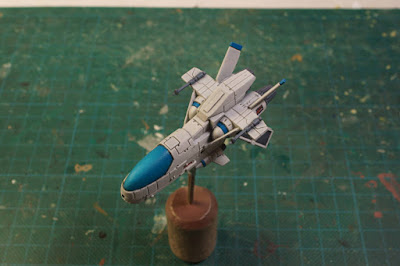 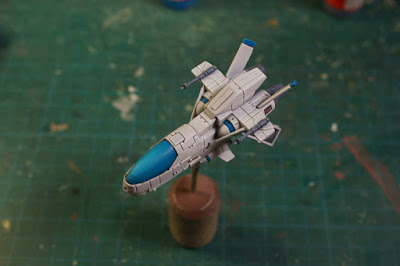 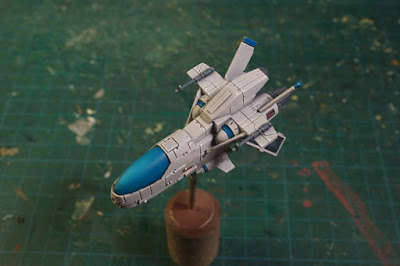 Highlighting was mainly done in three layers for each colour with the exception of the red cables which I only highlighted with VGC Bloody Red.
Fuselage 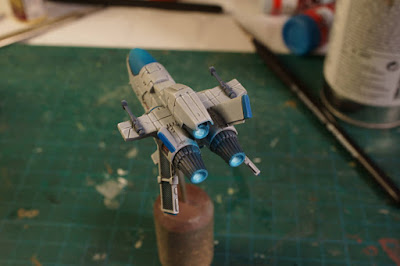 I painted the engine glow by first applying several thin glazes of AP Blue Tone Ink. I then switched to Magic Blue to increase the intensity of the glow. For the later stages I also mixed in some Matt white and the closer to the middle I got the more white I used. The last layers was almost pure Matt White. 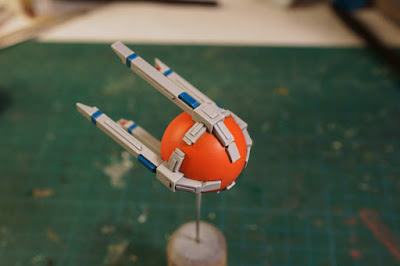 The Force Unit was painted pretty much the same as the rest of the ship with the notable exception of the orb. I originally went with VMC Orange Fluo for the orange colour but unfortunately I managed to scratch the surface which lead to a reset. After I had stripped the paint I instead went with the much easier to handle VGC Hot Orange.
Upplagd av Macross_VF1 kl. 19:14:00