And it's time for another scratch built Arquitens! This is the third ship of this type I've built and while it's getting easier for each model I complete, it's still a huge investment in time and effort.

As is always the case with a large model like this, the pictures are below my usual standard. No matter what I do I can't fit an epic sized ship inside my photo setup. Instead I have to improvise using other methods. After I had taken the photos I noticed that I had twisted the engine array upside down. Not a huge problem since I hadn't glued them into place at that time.

Anyway, as for the ship itself it is pretty similar to the first one I built. It's basically an Arquitens as it looks in Imperial Service. Of course I have incorporated a number of improvements and refinements compared to the first one. Also, due to the arrival of the Armada version of the Arquitens, I finally had an official scale model to work with. While small, the Armada ship helped me out quite a lot. As always, enjoy! 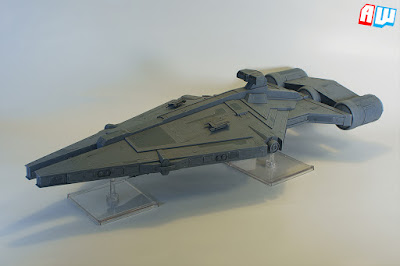 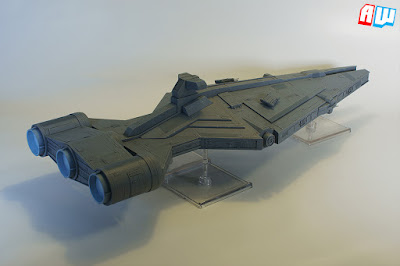 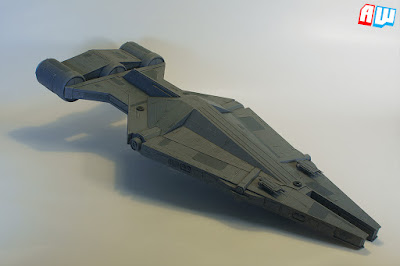