I should probably have posted an update a couple of days ago but an obstacle called Dark Souls 2 got in the way. Sorry? In any case, the tournament went well and I ended up at 24th place out of 78. I also got nominated to best in show, 8 of the coolest, best painted, converted, and just plain awesome armies at the tournament. Didn't win that but I did not expect to either.

After a tournament, modelling and painting is usually not prioritized and no difference this time. I guess I just savour the calm before the storm of activity that will inevitably follow. I did dig out this guy though for a photosession. 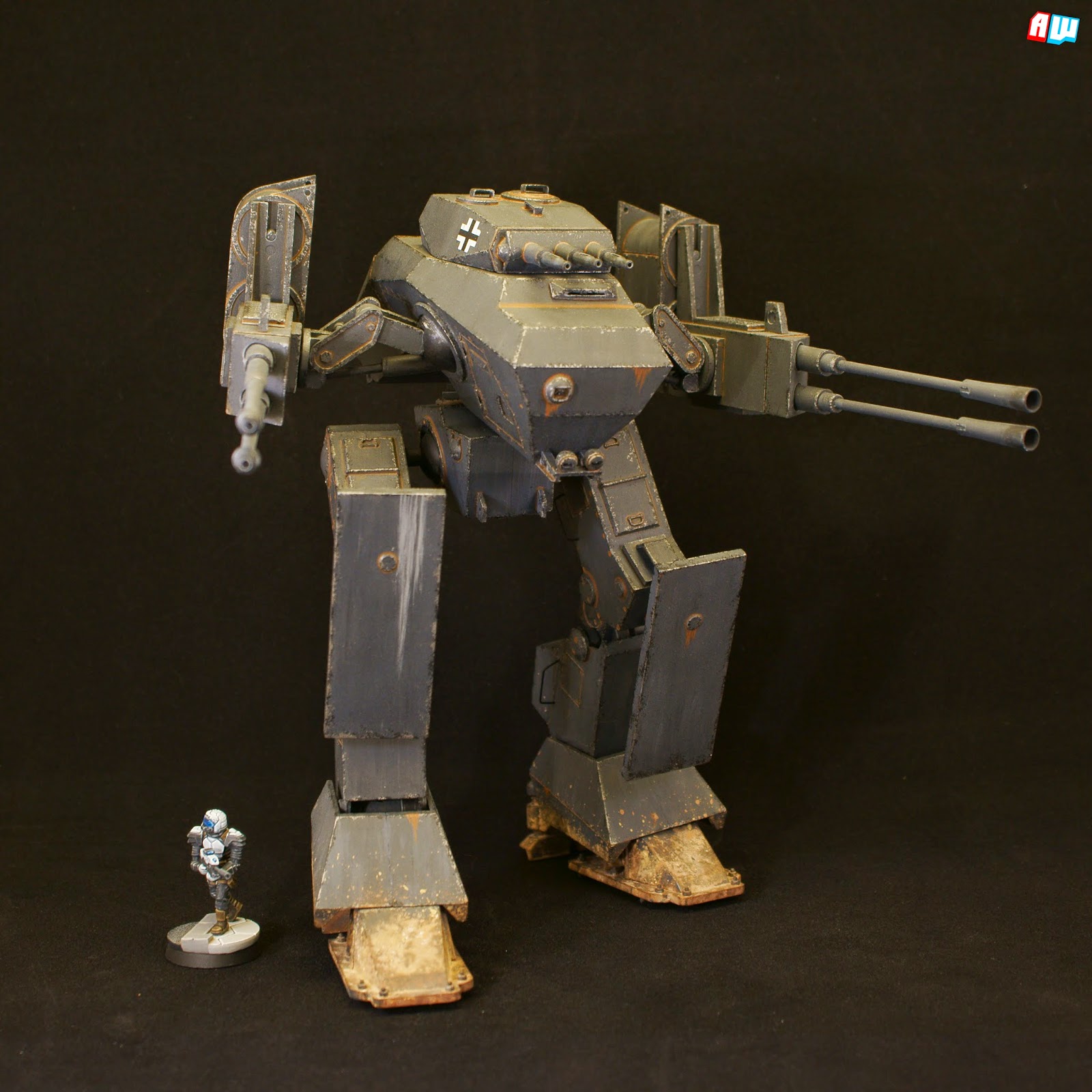 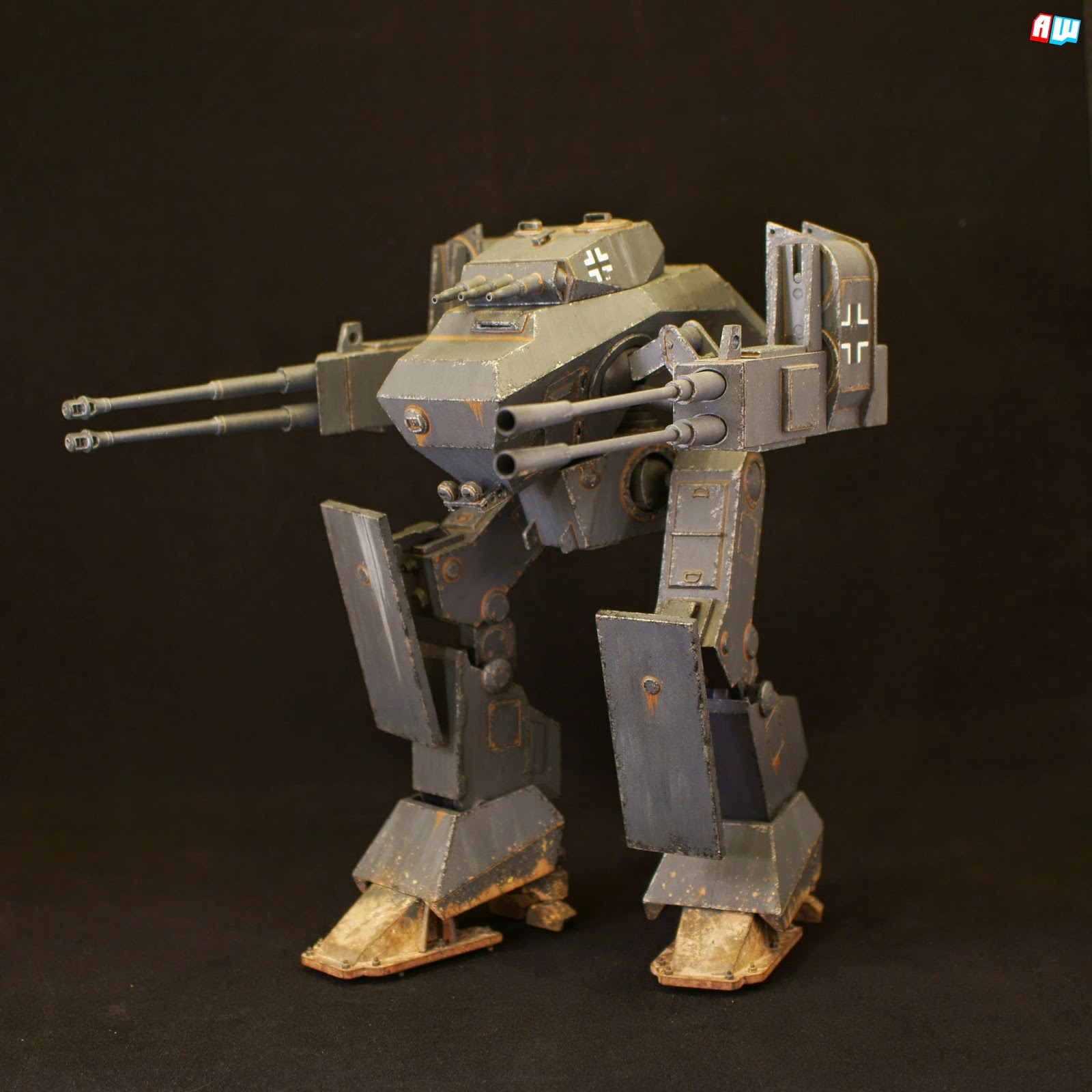 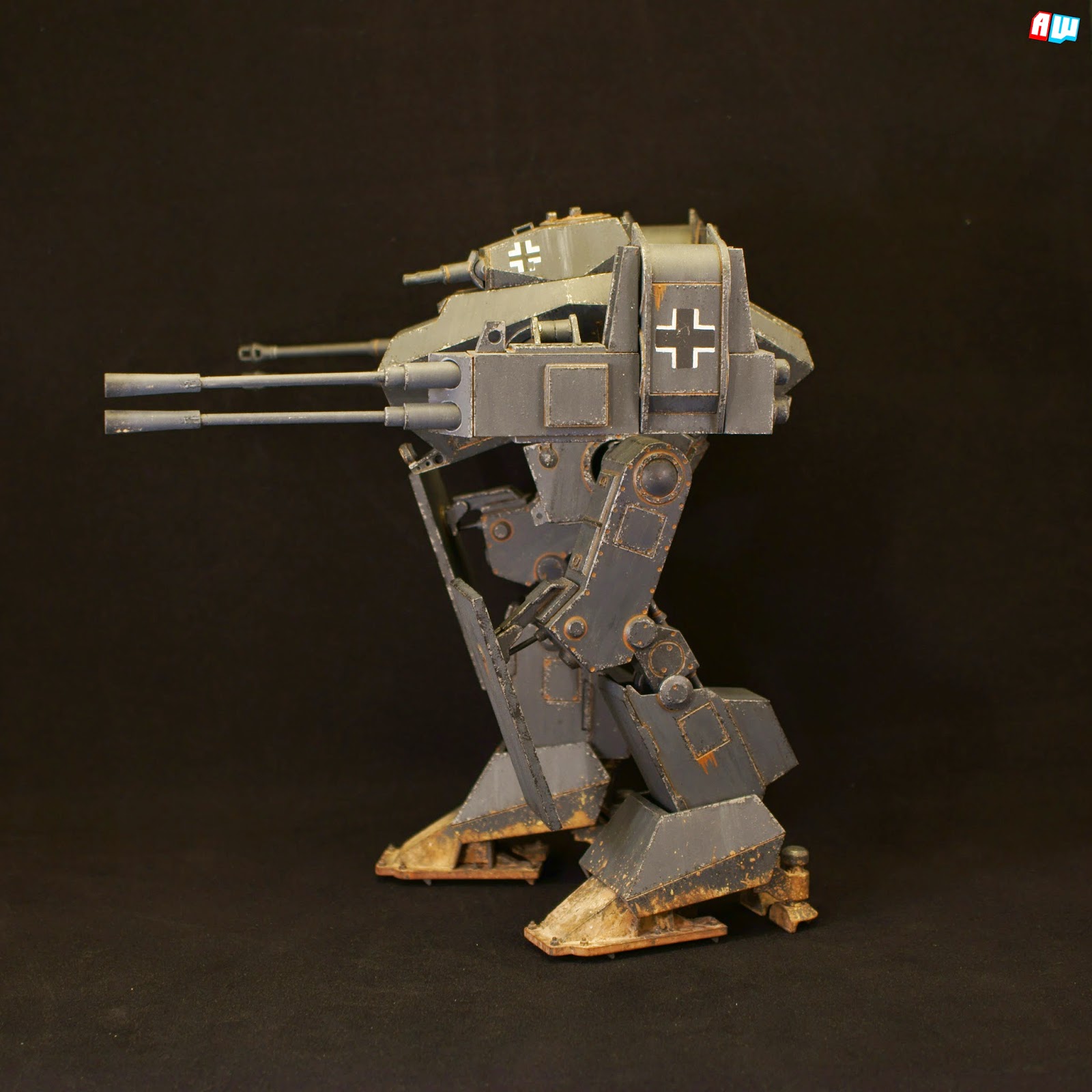 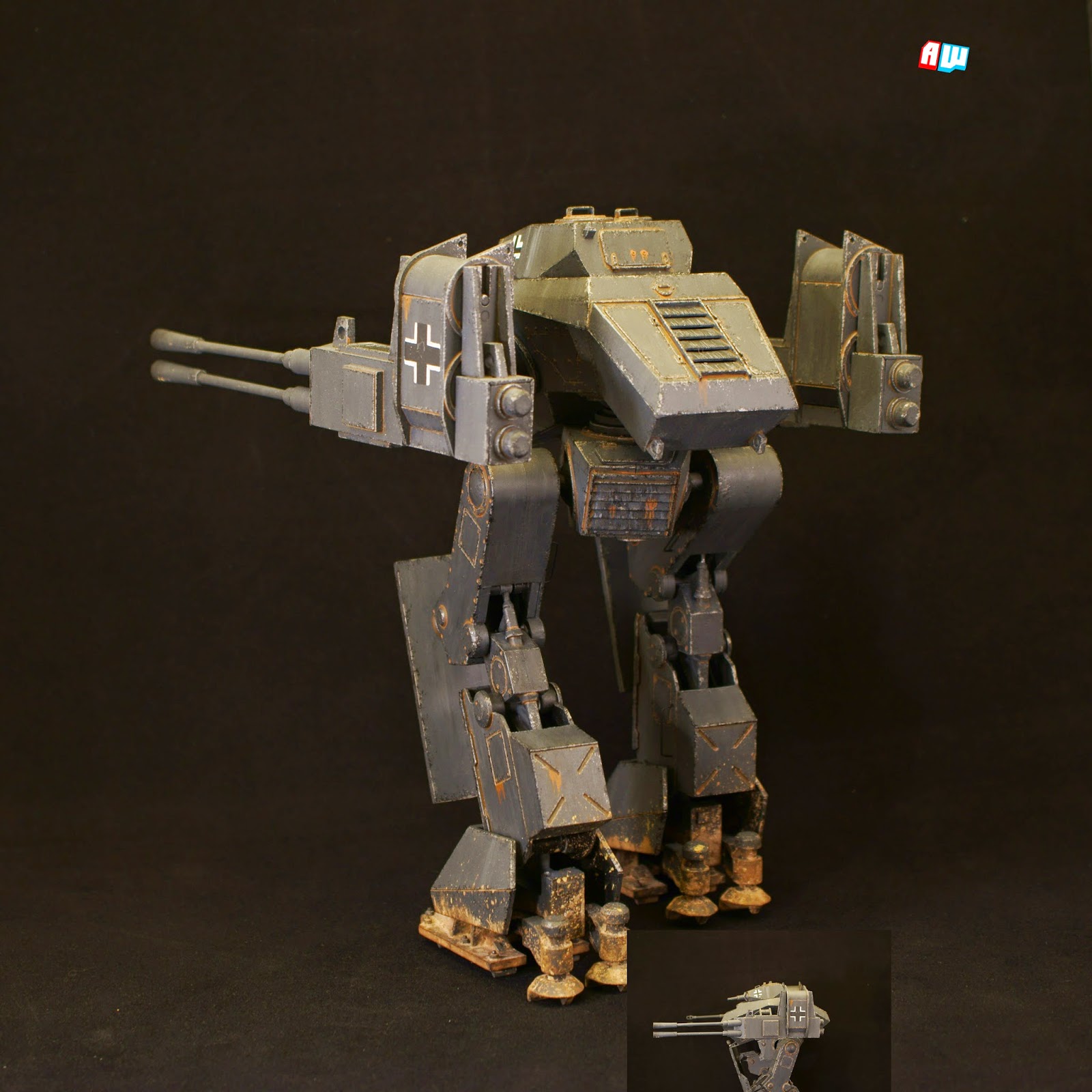 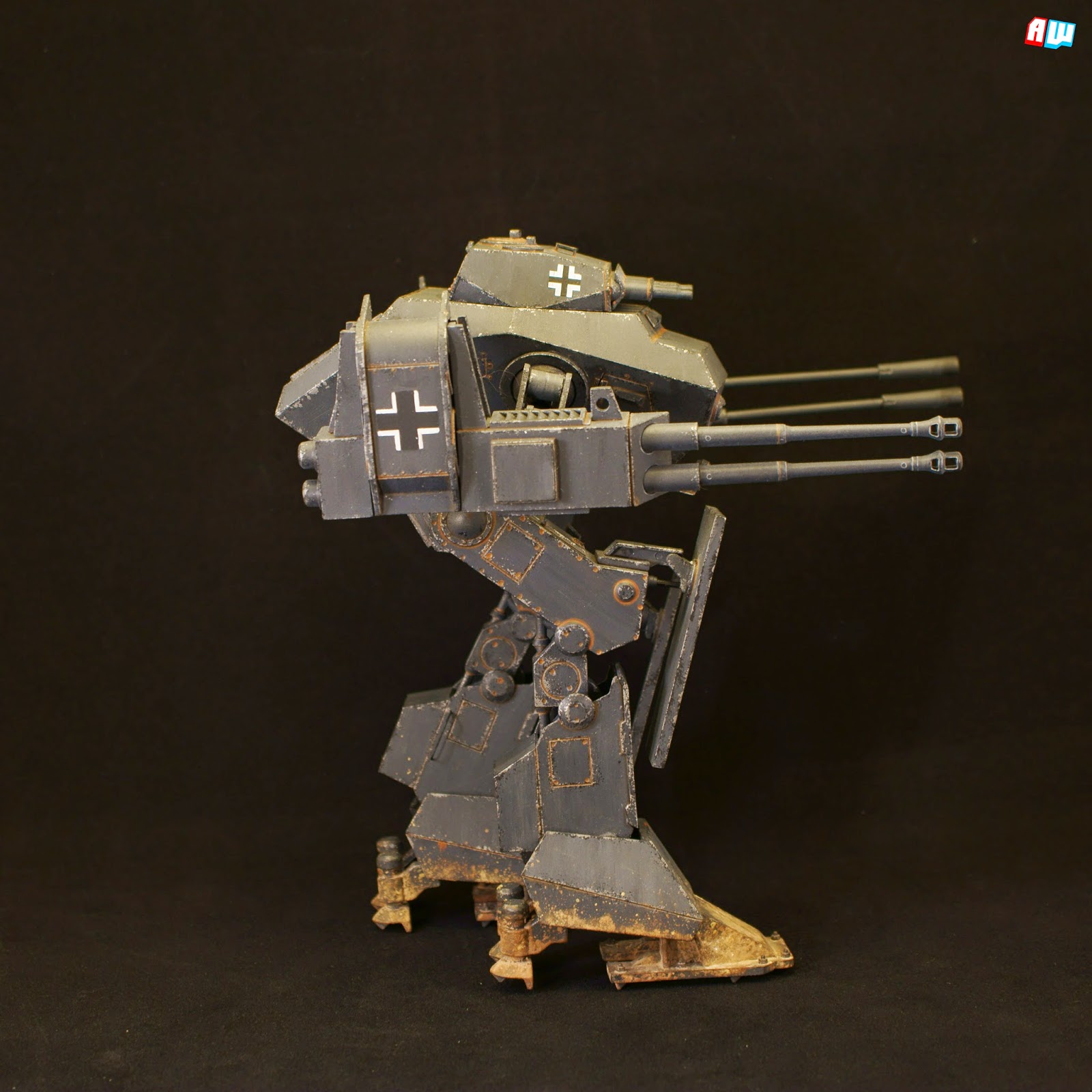 Now this fella is a 1/35 plastic kit of a Gunther Schwere Kampflaufer. It is a combat walker from Paolo Parente's Dust universe. I painted it a couple of years ago as a show piece for my Wehrmacht Imperial Guard but it was not really useful as a model on the battlefield. A bit too small to represent a Warhound titan and far, far too big for anything else. Nowadays though it makes a perfect stand in for an Imperial Knight. In any case it is a seriously cool model although it is a ***** to take a proper photo off. To damned large for my set-up!
Upplagd av Macross_VF1 kl. 20:12:00