And here's my little tutorial on how I converted a TIE Bomber to a Shuttle. While the TIE Shuttle may seem like a simple conversion there is actually more going on under the hood than what is at first visible. 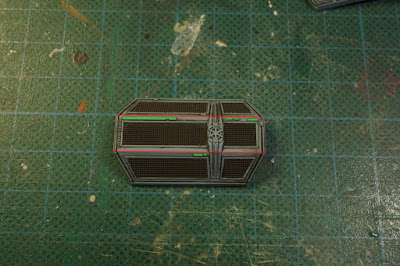 The obvious solution to the inverted solar panels is to place a cut along the red line marked in the picture above and later realign the pieces. However such a thing can easily go wrong, be difficult to align propely and, perhaps most importantly, leaves the wings with an unfortunate weak spot. Also due to the placement of the cut, the bits marked with green has to be removed. 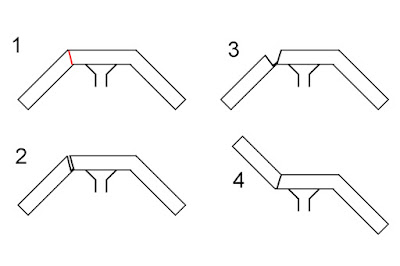 What I instead did was to cut along the red line but not all the way through. I stopped when I was about 85-90 percent through and then slowly and carefully widened the cut using an assortment of my trusted tools.

When the resulting grove was wide enough I put a dab of superglue in it and then gently bent the panel around, neatly closing the gap. The picture above will give a rough idea of the procedure. As always my poor attempts at photoshopping will have to be excused. 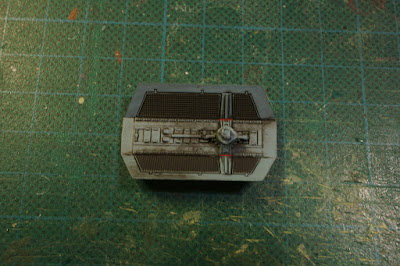 Also of importance is the inside of wing. While most of the panel will neatly fold to its new positition, the reinforcing struts connecting to the central hub will resist quite fiercely unless a small cut is placed across them. 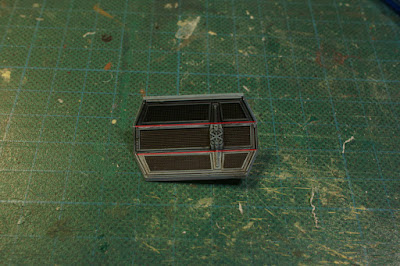 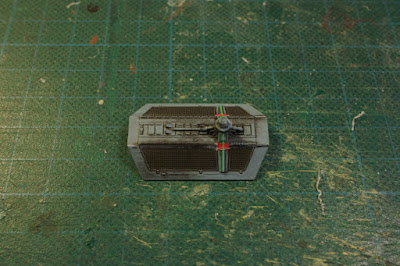 In theory, if the cuts are placed correctly and grove is widened just right, there won't be much more to do than to just fold the panels in place. Of course, theory is often rather difficult to put into actual practice so there will more than likely be a need to use some kind of filler to smooth out the grove left after the fold procedure.

On the inside there is perhaps an even greater need for filler, as marked in red in the above picture. Personally I also sculpted some basic reinforcing struts to improve the detailing (green marks). 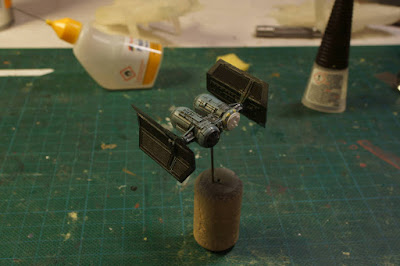 Since I was drawing inspiration from another build, I decided to copy the basic idea for the front of the ordnance pod. This meant filling up every hole and cavity and also removing several small details normally found on the pod.

When that was done I cut out some thin slices of plasticard, mounted some small gubbins on them and glued it all to the front of the pod. And, while it isn't visibile in the picture above, to finish the model, the bomb chute was removed and its mounting place filled with green stuff to smooth out the area.
Upplagd av Macross_VF1 kl. 22:37:00