Here are the proper pictures of my Thunderfire cannon/Atlas Gun Carriage. I certainly find it pleasing, though to be fair, I'm quite obviously biased. 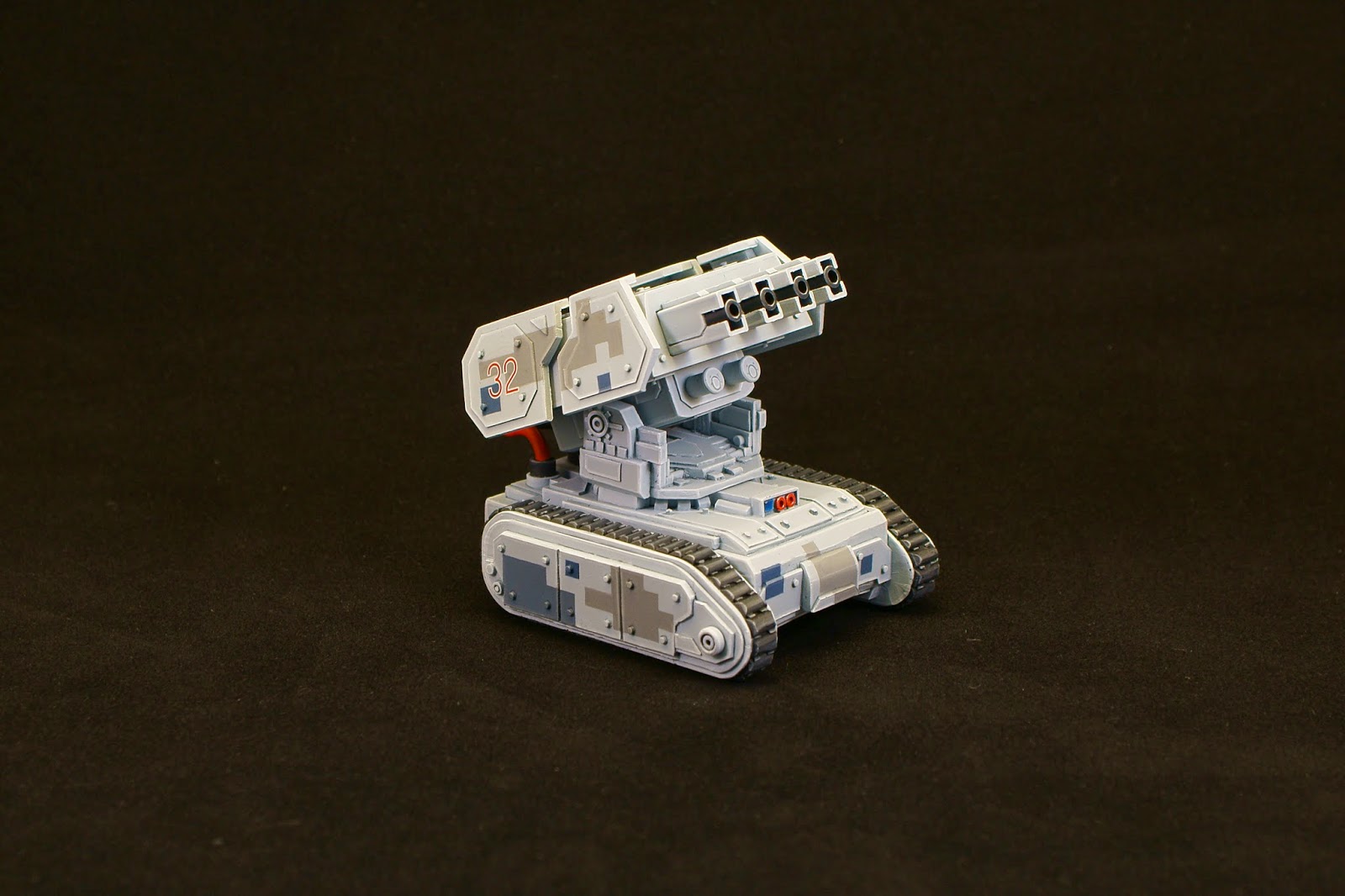 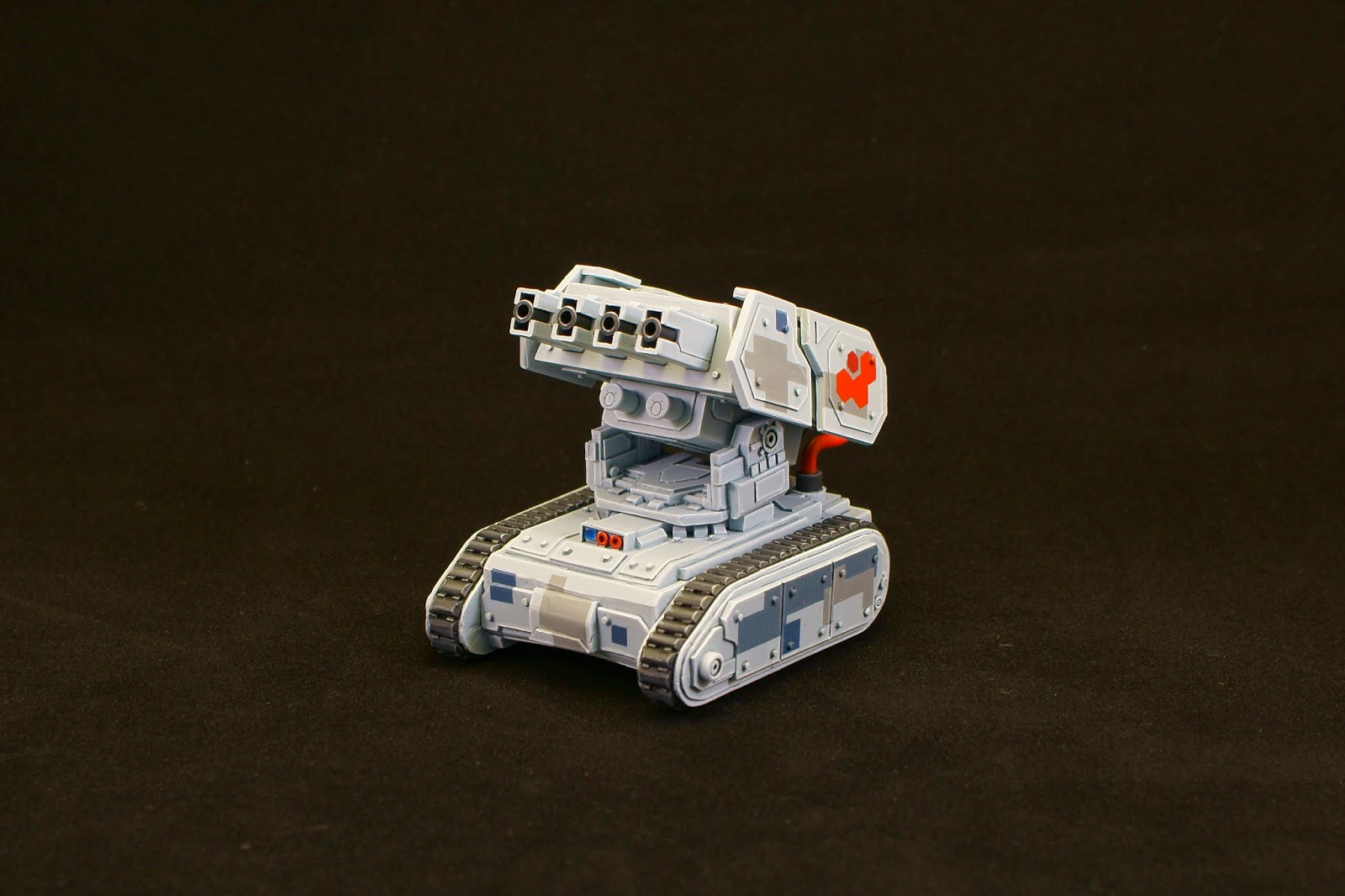 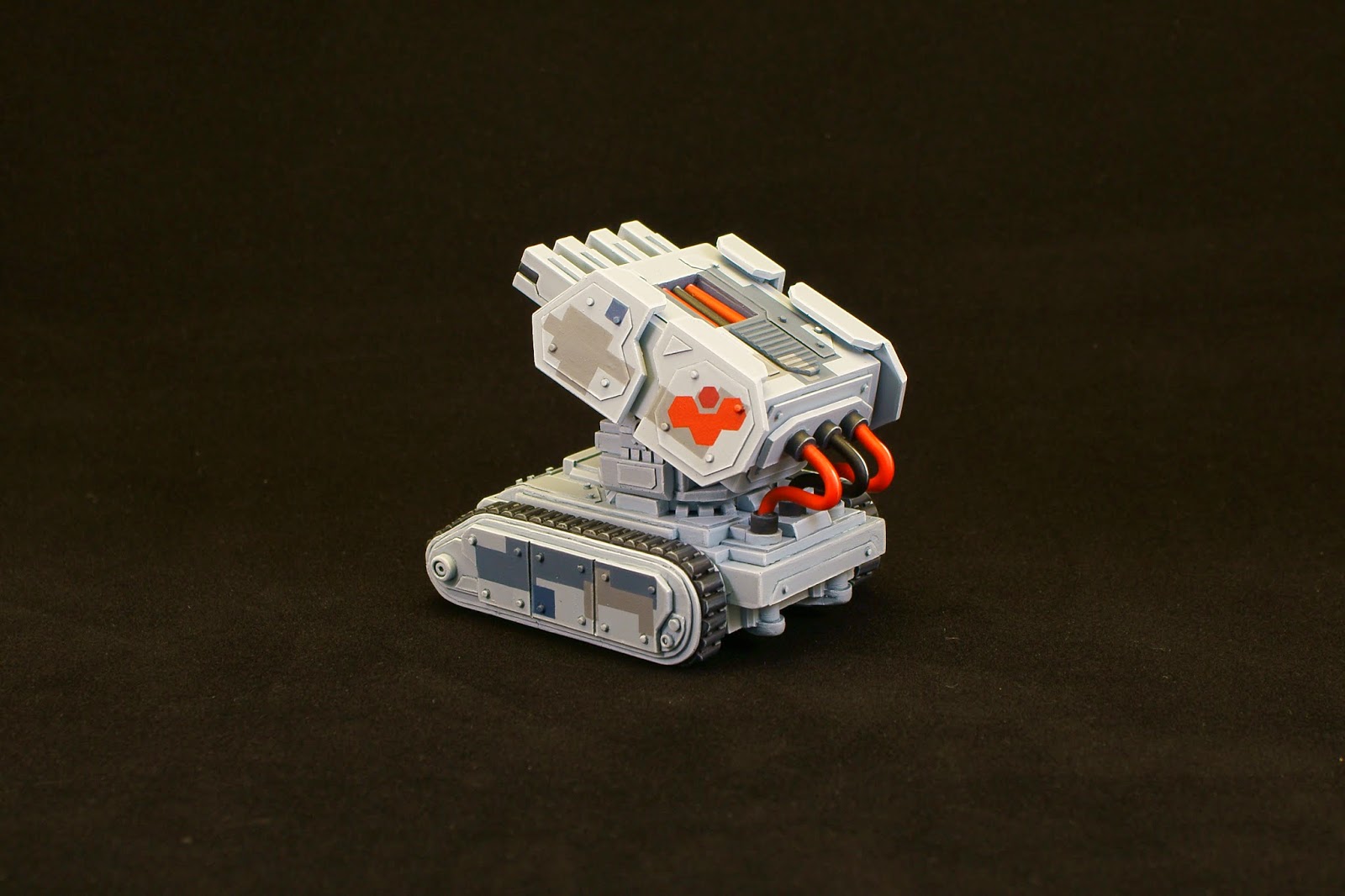 And now for something a bit different. As I am writing this, my Enforcer Space Marines army has existed as more than just a concept in my head for about one year and three months. I find it very fascinating to see how much my painting skills have changed in that short time. 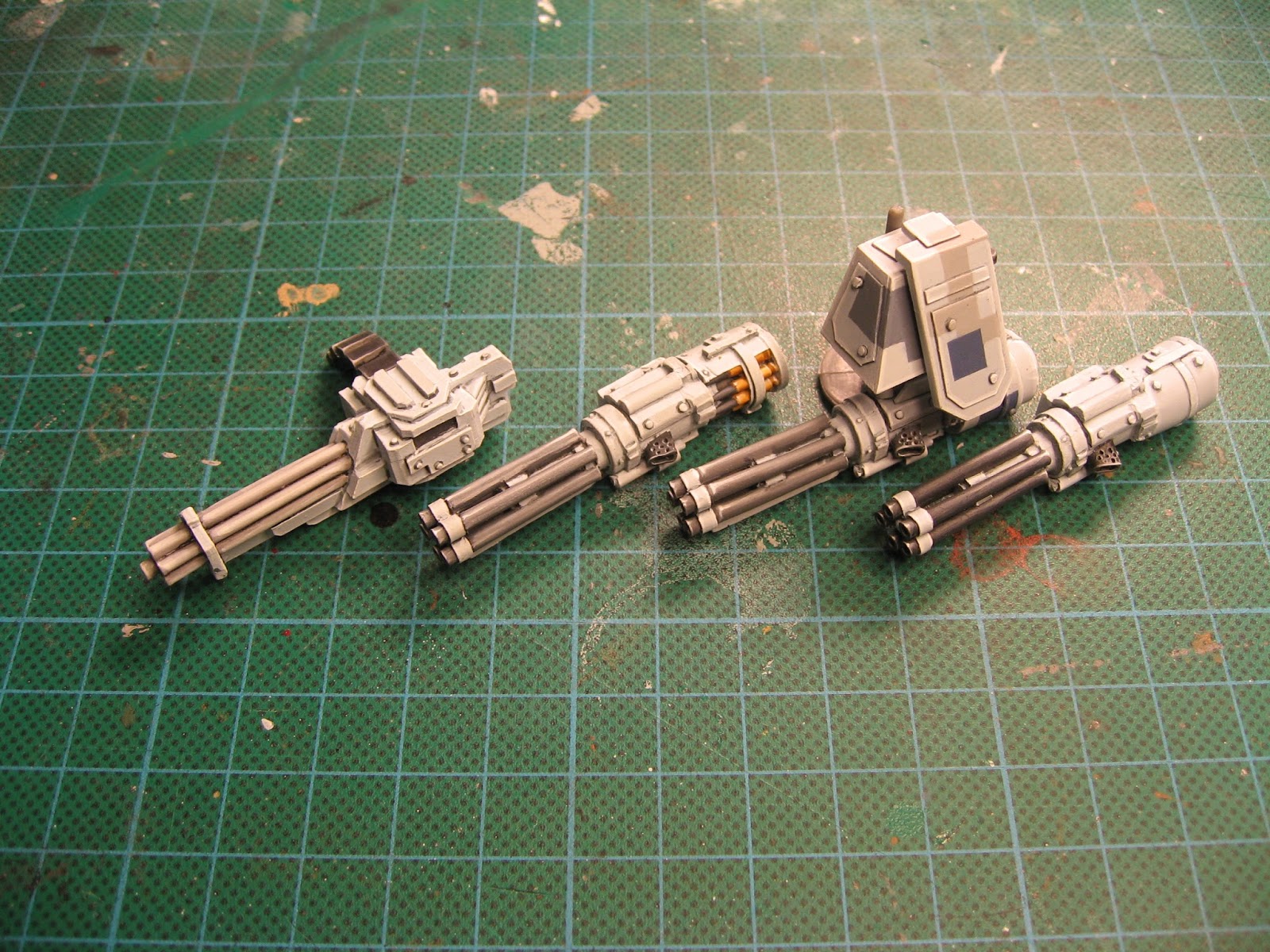 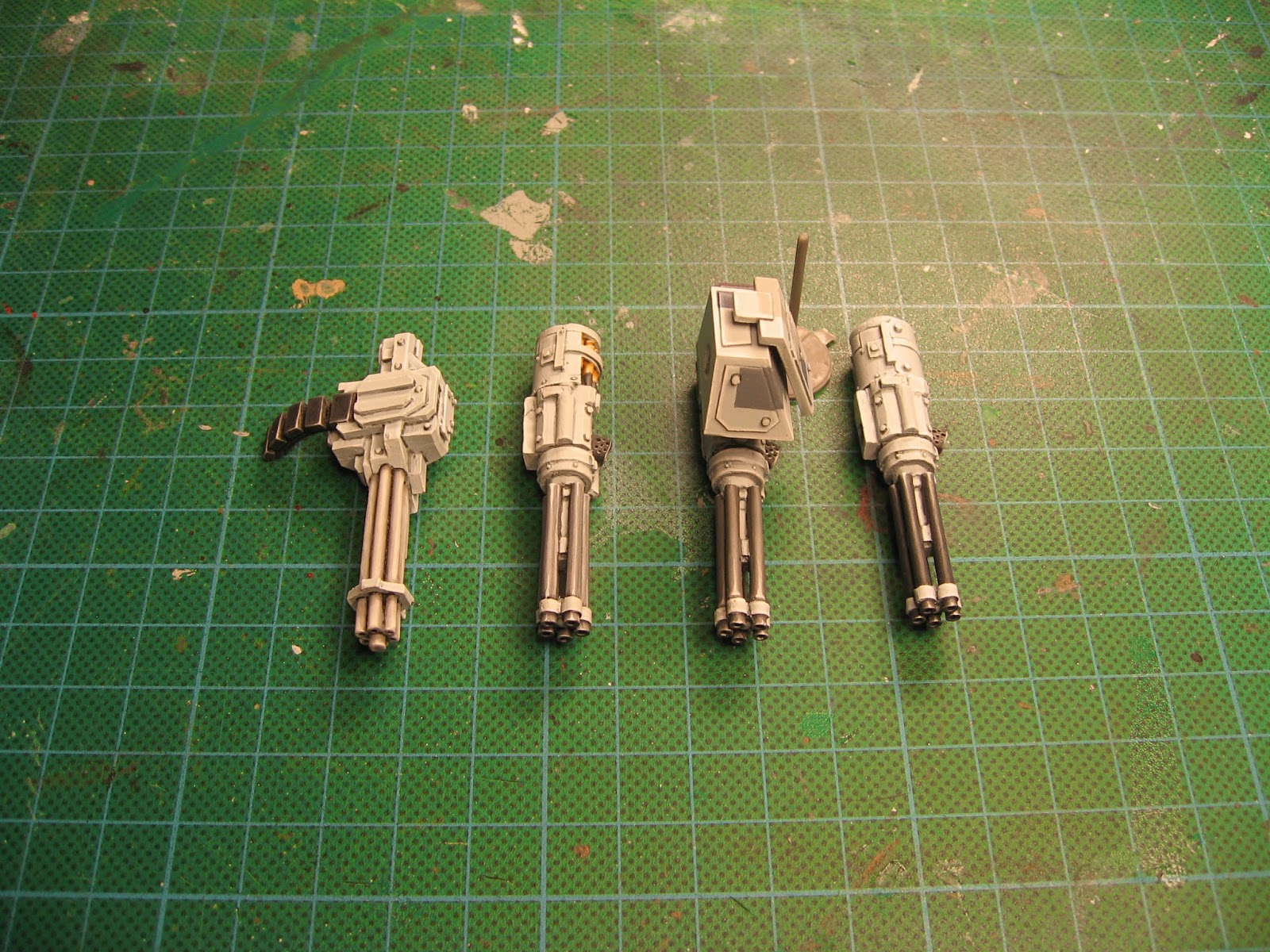 The above two pictures show the point I am trying to make. Four assault cannons where I have attempted to paint the gun barrels with NMM, Non-Metallic Metal, techniques. The one to the left is the oldest one and one of my first attempts at NMM, while the one on the right is the most recent one, completed just a few of days ago. The difference is rather staggering. Not only has each attempt gotten darker and darker, the progression from dark to bright is better and the illusion of light reflection is far more pronounced.

While I'm certainly no NMM master, and will probably never be, it is satisfying to see that my time hasn't been a complete waste of time. Let that be a lesson to any painter out there that thinks you can't improve; Time and practice are your best friends no matter who you are!
Upplagd av Macross_VF1 kl. 20:36:00